No one should bother me in the morning, that is a well-known fact. After a long nocturnal bus ride from Camaguey, we arrived in Santa Clara at 8 am in the morning. I had barely slept, which is another reason to maintain a safe distance. Unfortunately, the pushy taxi drivers at the exit of the station didn’t really care and made things worse by asking a ridiculous 5 CUC for the short distance to the city center. As a consequence, they got hit by a set of blazing eyes, and lost two potential customers: we walked the 1 kilometer that seperated us from our casa.

Amilcar, our AirBnB host, received us with way too much enthusiasm. He gave us a tour of the house, then just kept on talking. Bart had already sneaked away and crawled back in bed, but I was still stuck with our host trying to act polite. Maybe my yawns gave it away, because in the end Amilcar suggested I should maybe rest a little first. (Yes please!)

We napped until noon, when Lina from Finland and Danni from the United Kingdom arrived in the casa. After meeting on the Cuba Facebook groups, we had decided to join forces and travel to Remedios together. Around 3 pm we were ready to go. 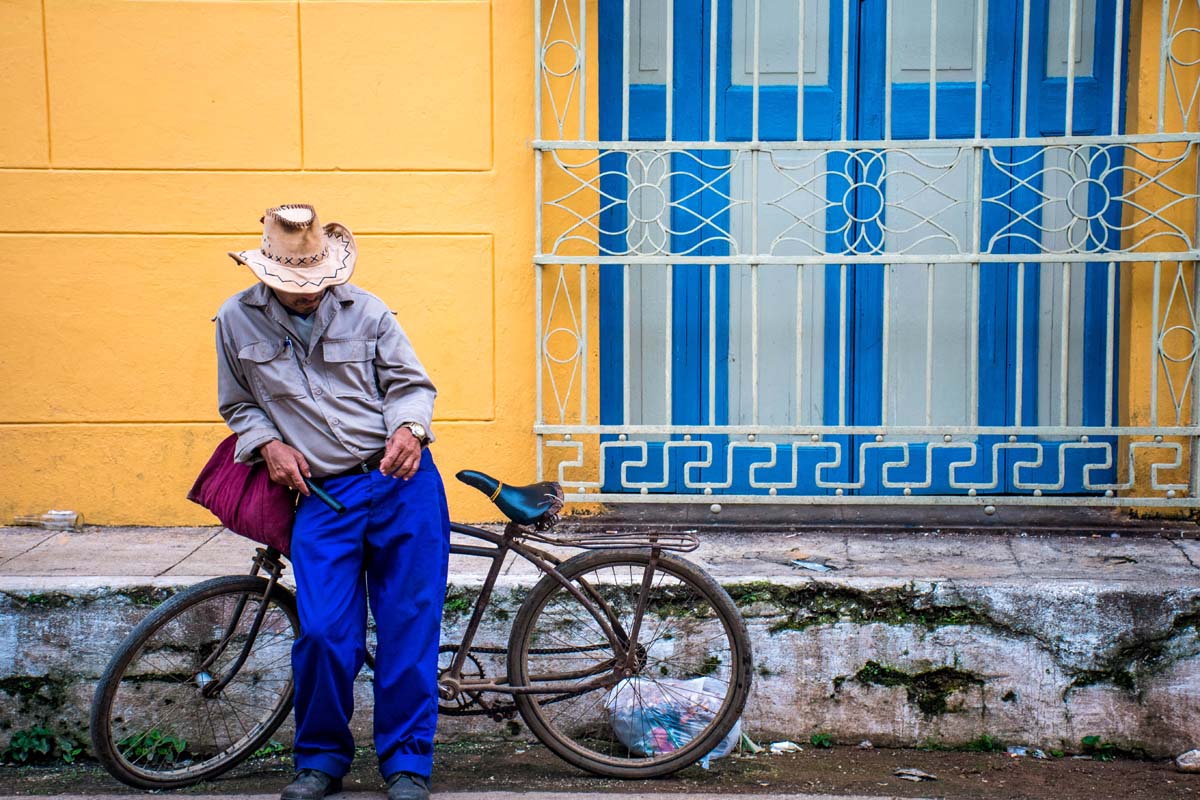 When we arrived in Remedios an hour later, the event had already started. It looked like a war zone. We had to cover our ears to protect them from the fireworks explosions while looking carefully where we walked. It rained fireworks remainders which were still burning or ready to explode next to our feet. In the middle of the square, people were waving flags, but we could hardly see a thing because of all the dust. We were not the only ones who felt scared. Most people stayed at a safe distance under the shelter of the arcades of the houses around the square. When another fireworks exploded right next to us, we’d had enough. We ran into a sidestreet to escape the battlefield, bearing in mind how about 30 people had suffered burns from the fireworks festival the year before. 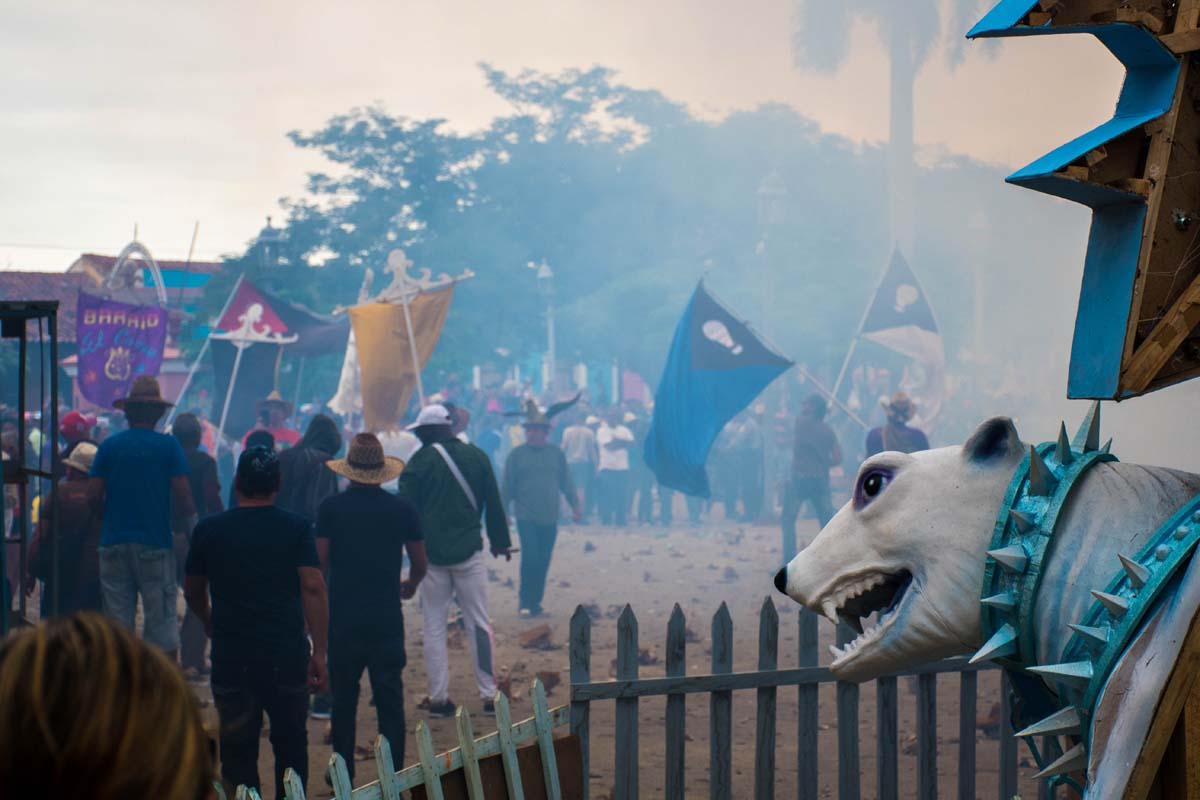 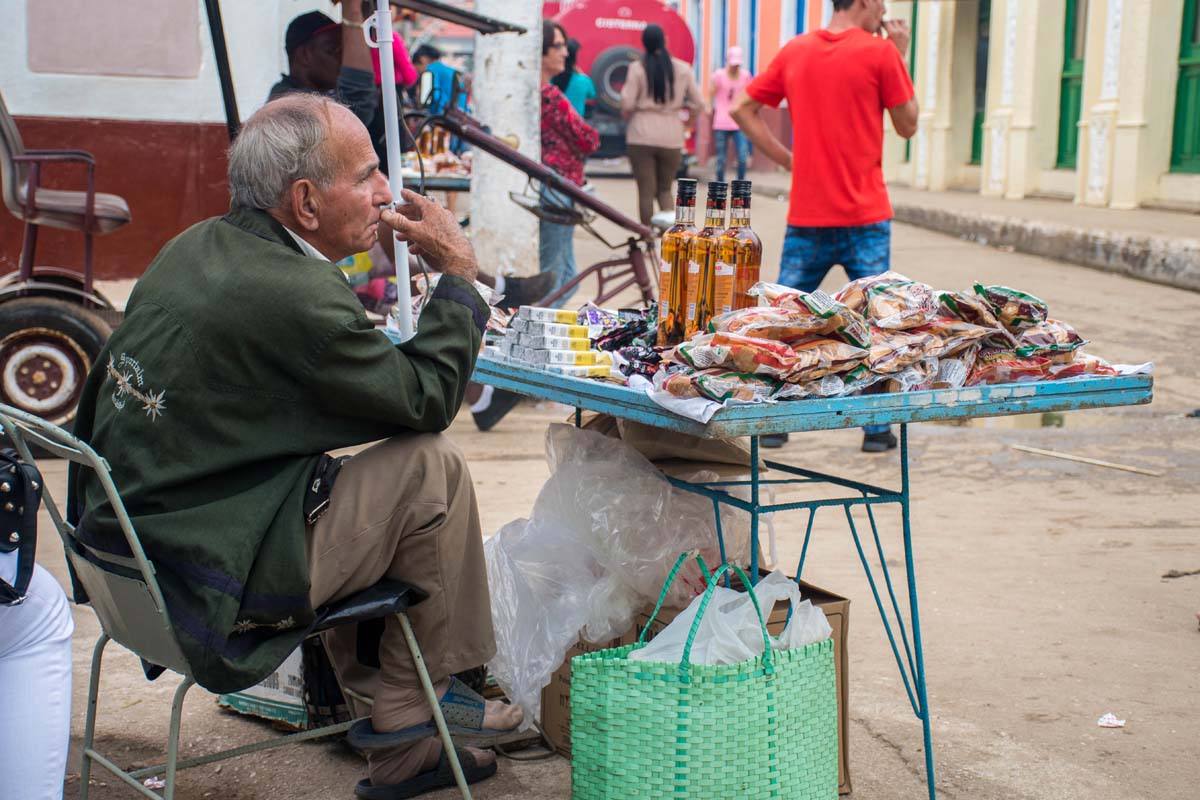 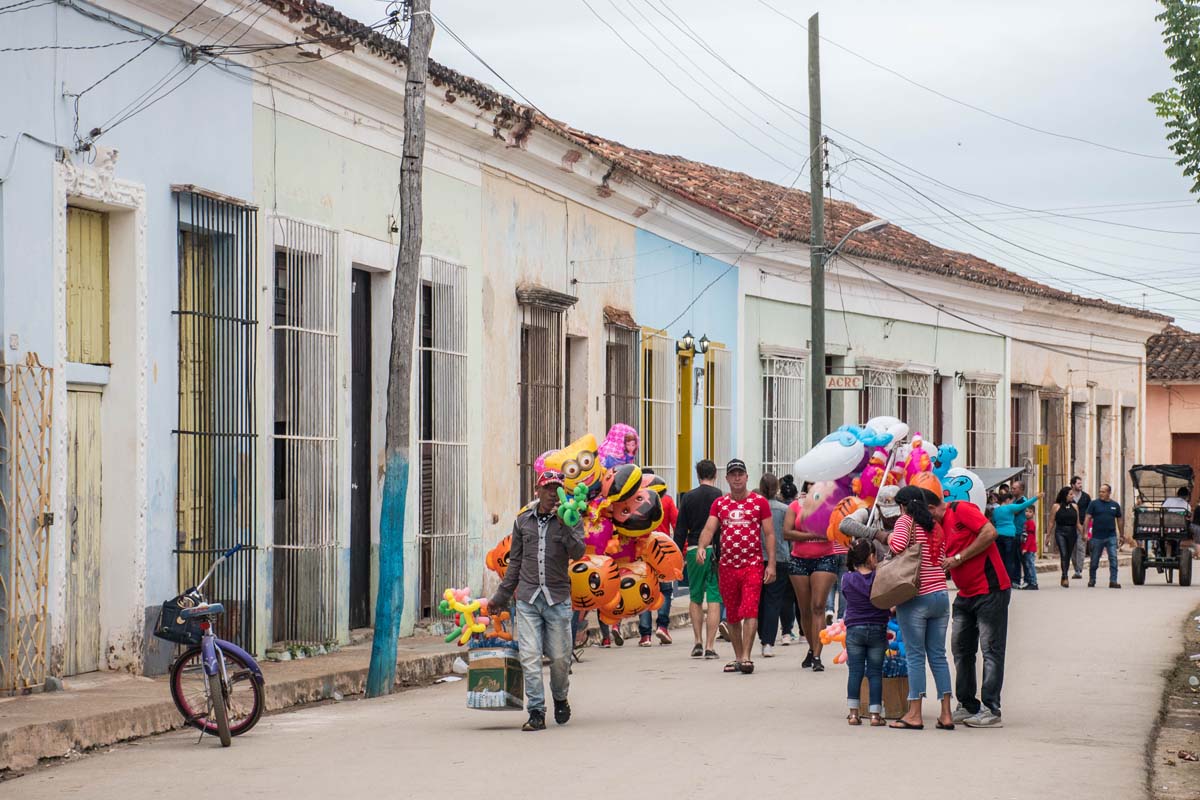 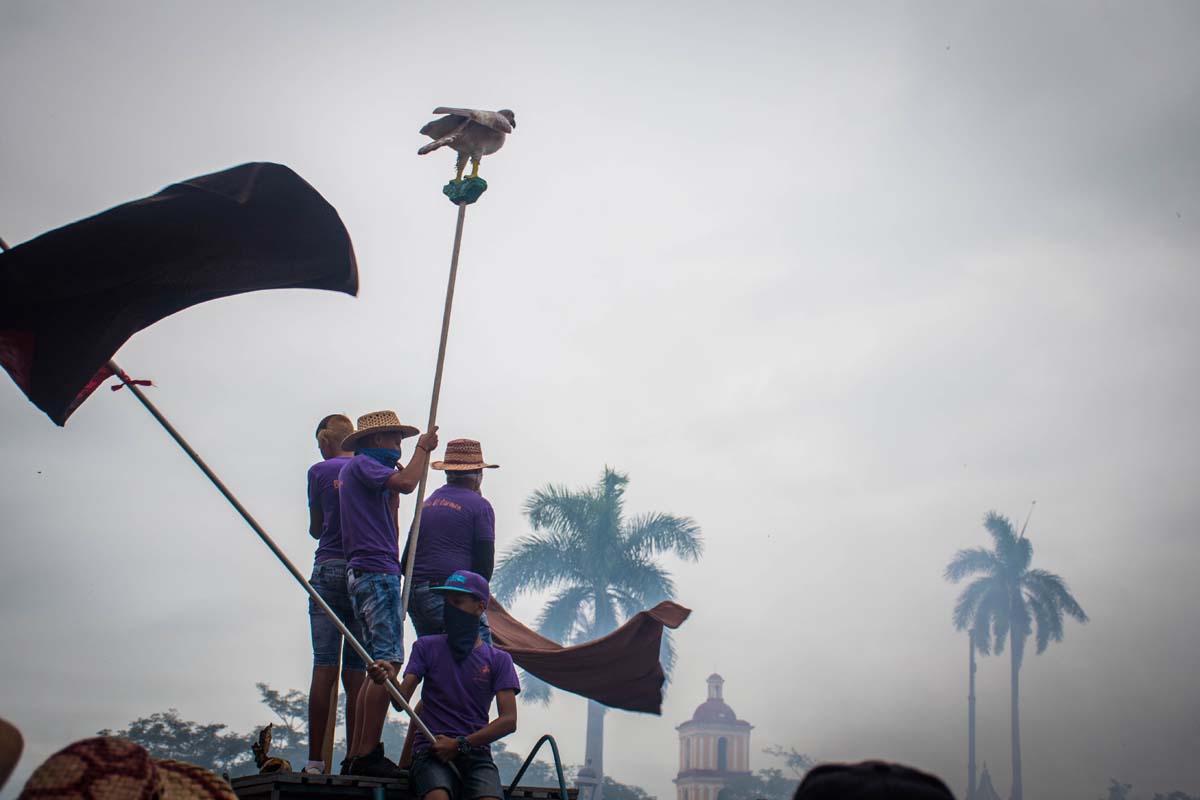 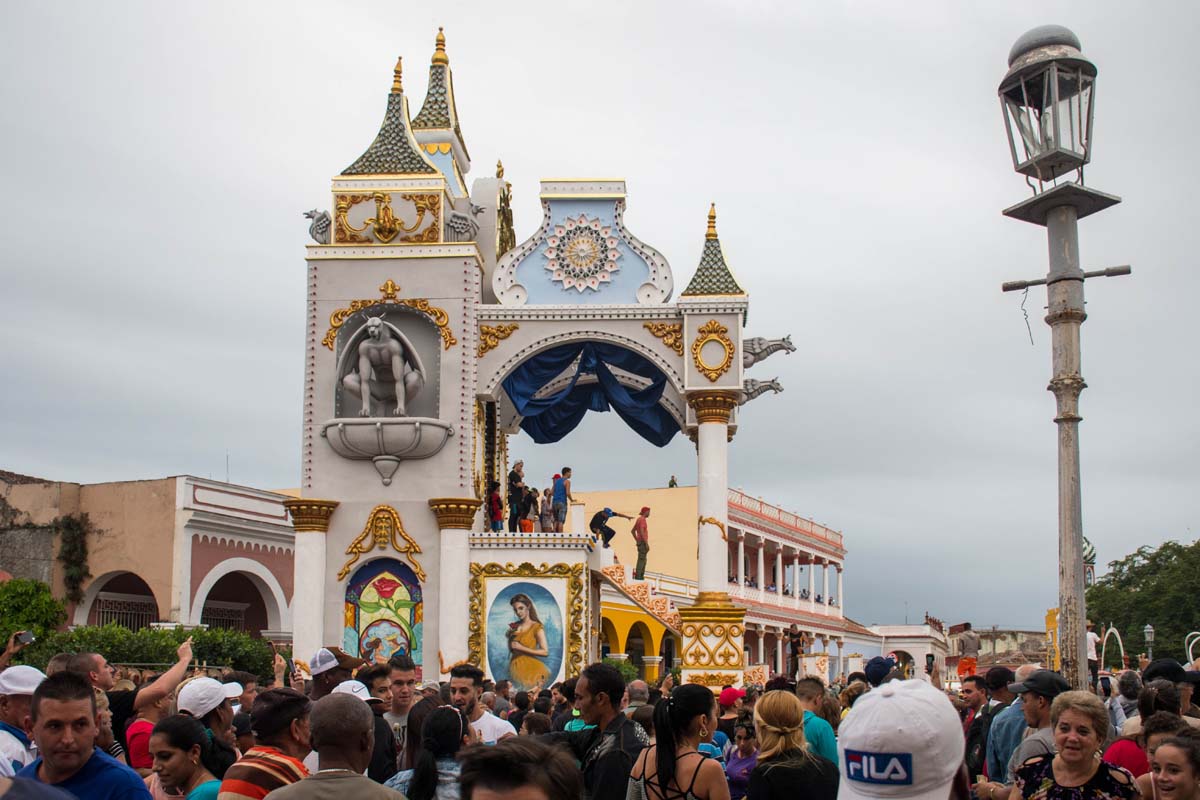 When things calmed down, we went scavenging for food. We explored the streets surrounding the main square, which were packed with stalls selling food, beverages, toys and other gadgets. We bought a spaghetti for 20 CUP and a large plate of fried chicken with rice for 60 CUP. Some stalls also sold 'exotic' Christmas treats for the local children: apples. We wanted to buy one because it reminded us of home, but priced at 40 CUP, they were ridiculously expensive. As the base layer in our stomachs had been laid, it was time for drinks. We’ve never partied so cheaply. Beer or piña colada cost as little as 10 cup, and an entire bottle of mid-range rum amounted to 160 cup. 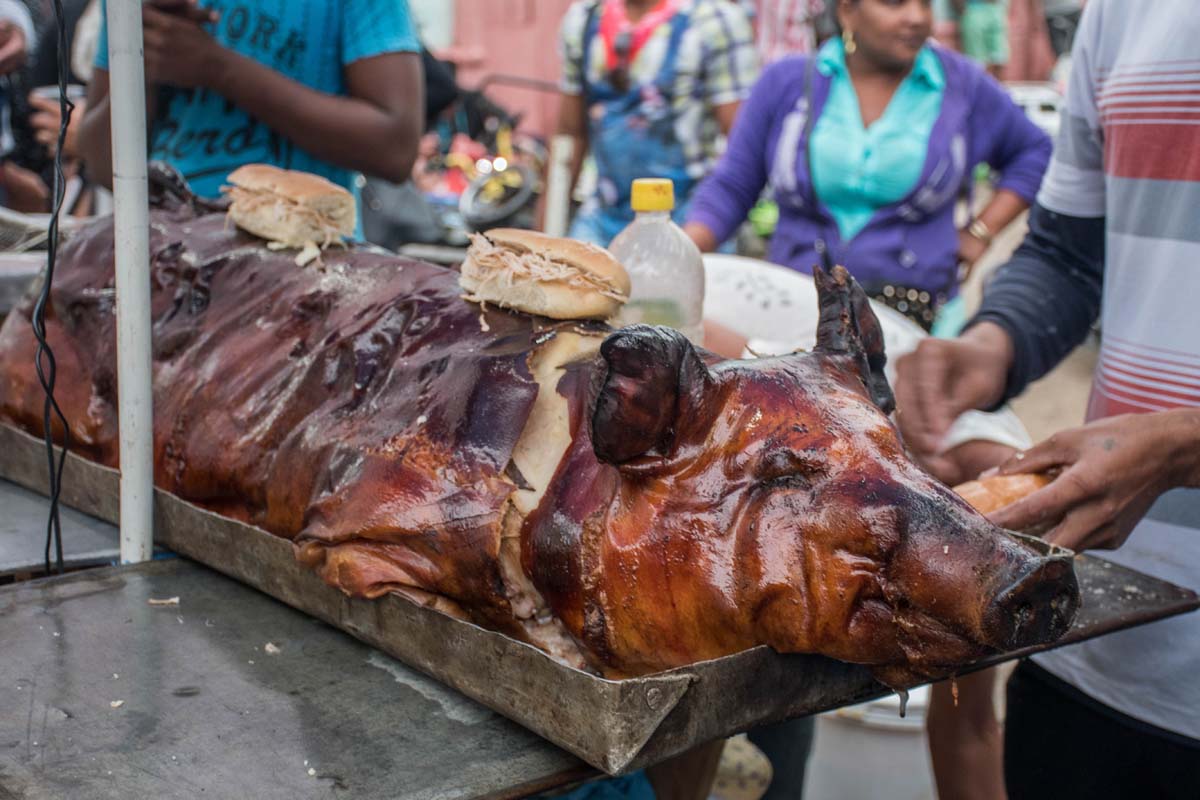 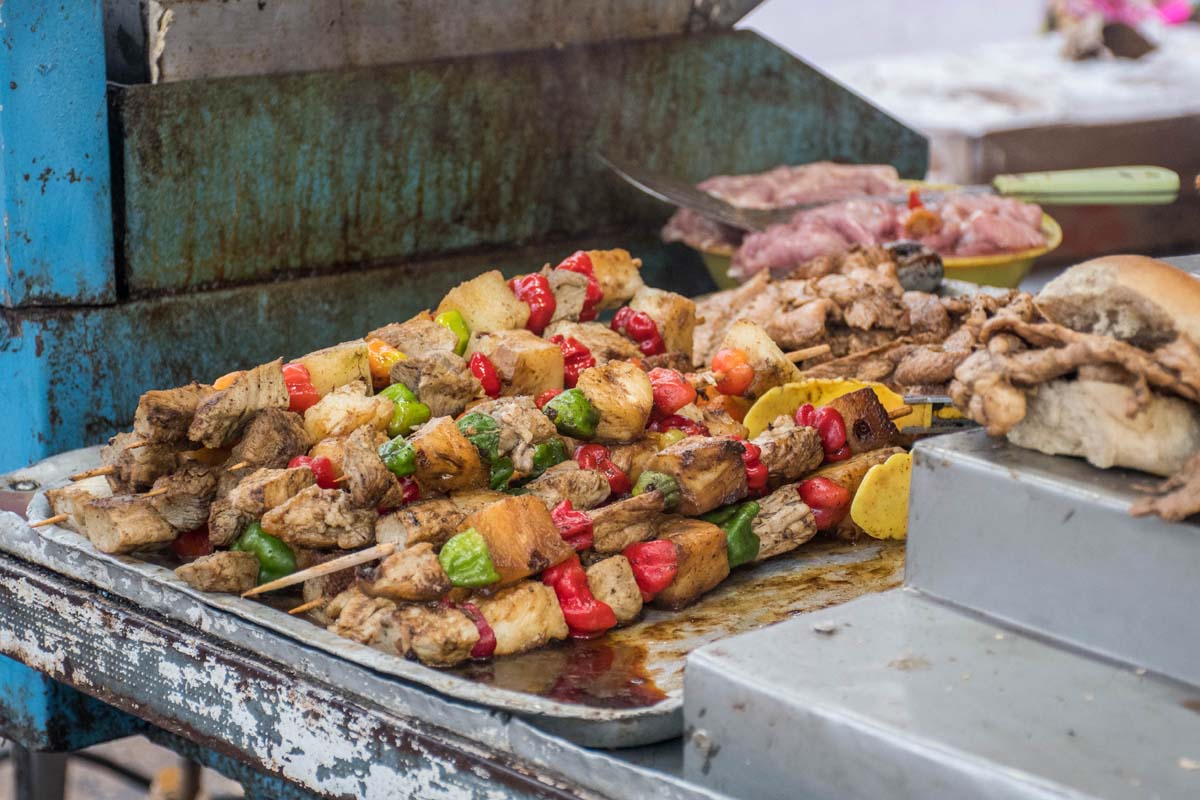 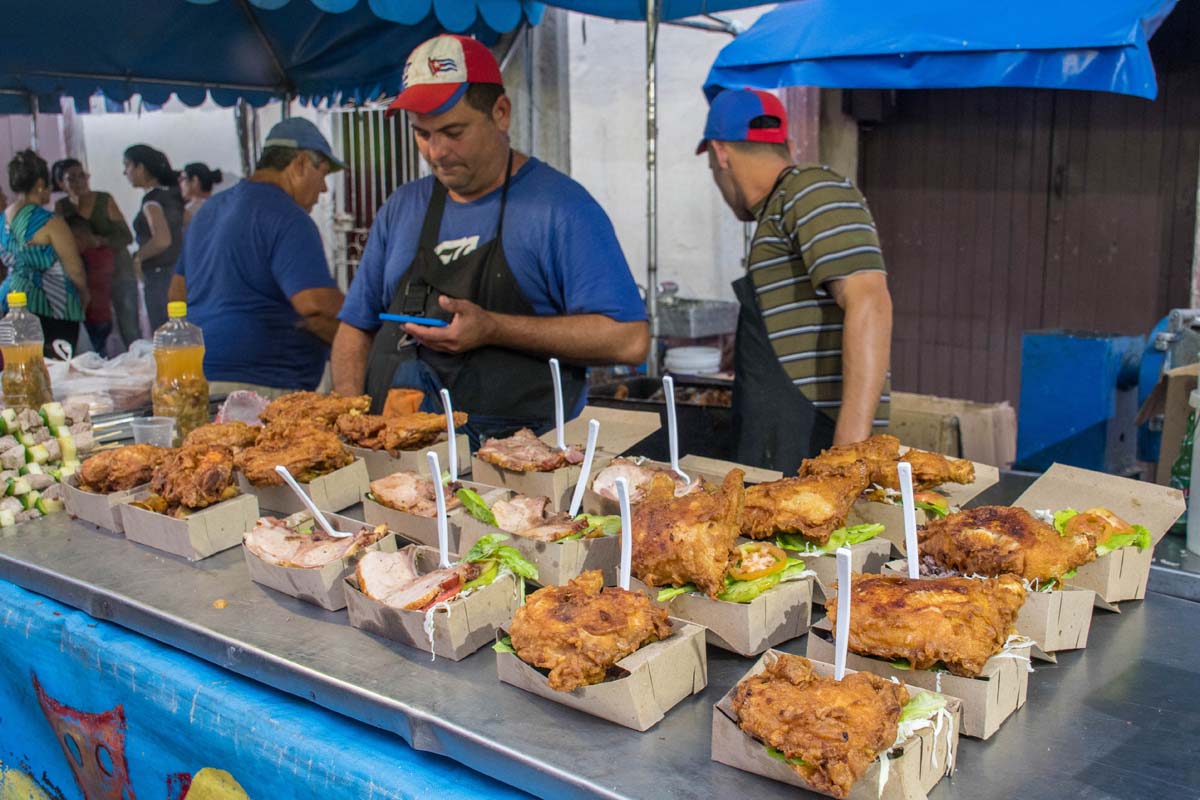 Apart from eating and drinking, there wasn’t much to do yet. Nevertheless, the streets were packed with people. We finished our bottle of rum while people-watching and dancing on the reggaeton music.

Although the improvised fireworks last all afternoon, it wasn’t until 10 pm when the real action began. Thanks to a connection of mine, we were allowed access to the rooftop of El Real hotel to get a better view over the festivities. At Las Parrandas, the different districts of Remedios each get one hour to present their finest fireworks. This would go on until 5-6 in the morning. Although it was entertaining for a while, we got a little bored after 2 hours of watching fireworks. 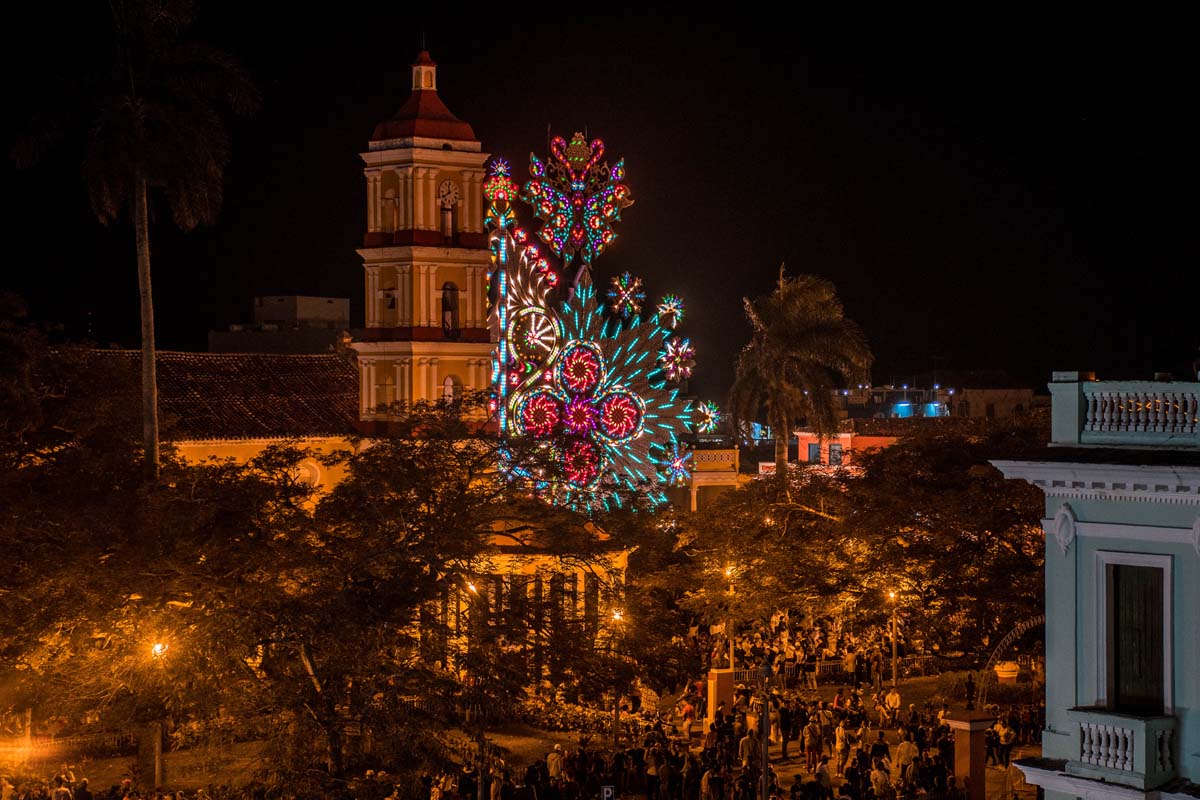 We returned to the crowd at ground-level and got tempted by the smell of greasy food. Why does that kind of food always taste so much better after drinking? Having finished my fried corn balls and a delicious cheese pizza (for 10 cup each), I was ready for some dancing. We joined the crowd of people going wild on reggaeton music.

Around 4 AM (!), we returned to the main square where the parade was about to start. Standing motionless on the deck of a extremely large float that slowly drove over the square, dozens of participants had dressed up in mesmerizing fairy-like costumes. We followed them until the end, where the participants disappeared into a large dressing room. A proud parent invited me in to take photos of her daughter who had just come back from the procession. 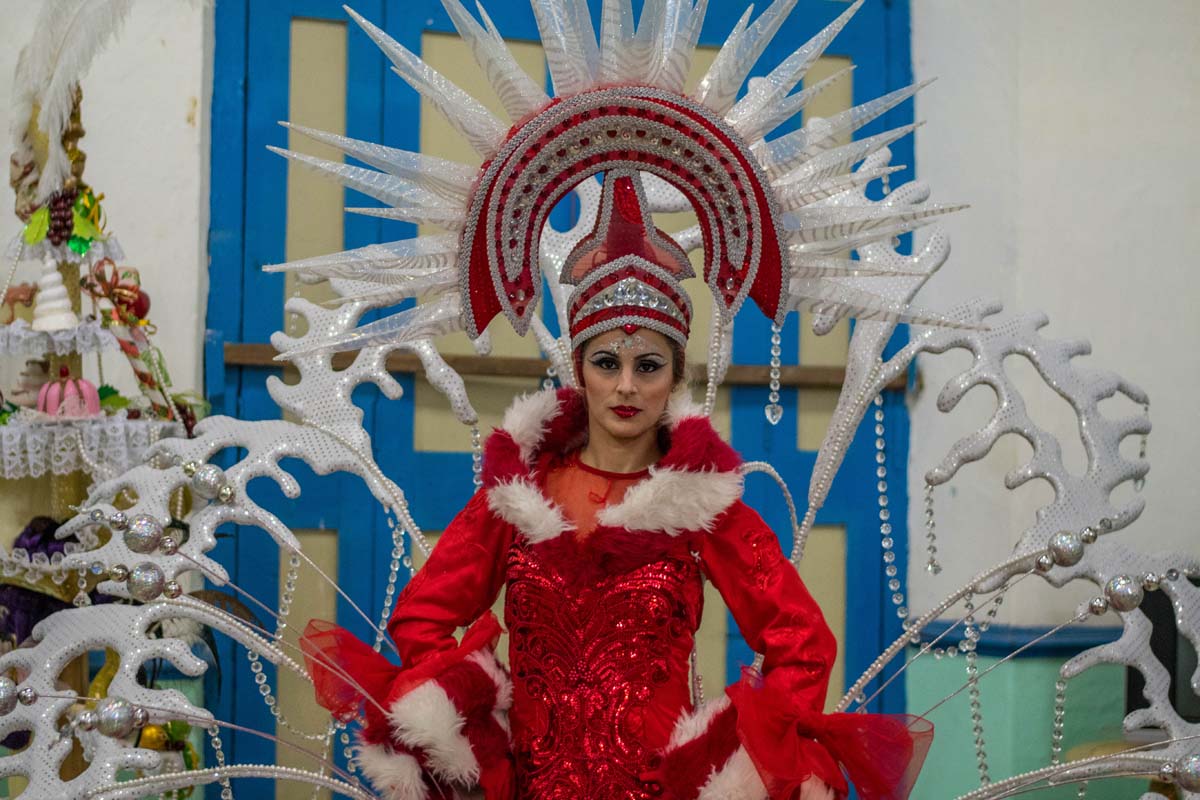 A little later, the second group of participants was about to parade. We watched how everyone was assigned a precise spot on the float, but didn’t have time to watch it until the end. It was 5 AM already and our taxi had arrived to take us back to Santa Clara. That didn’t mean that Las Parrandas had come to an end though. The streets were still packed with Cuban people who seamingly still had enough energy to dance until daylight. But for us, it was time to call it a night. 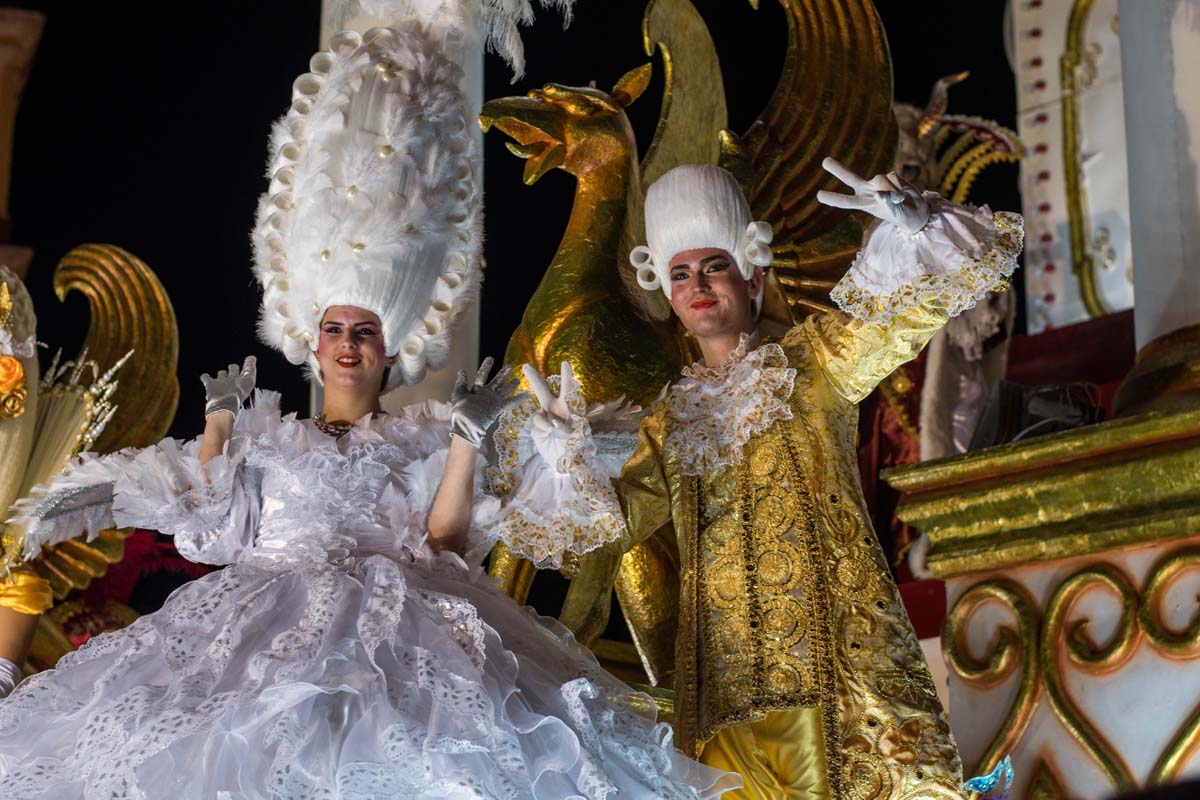 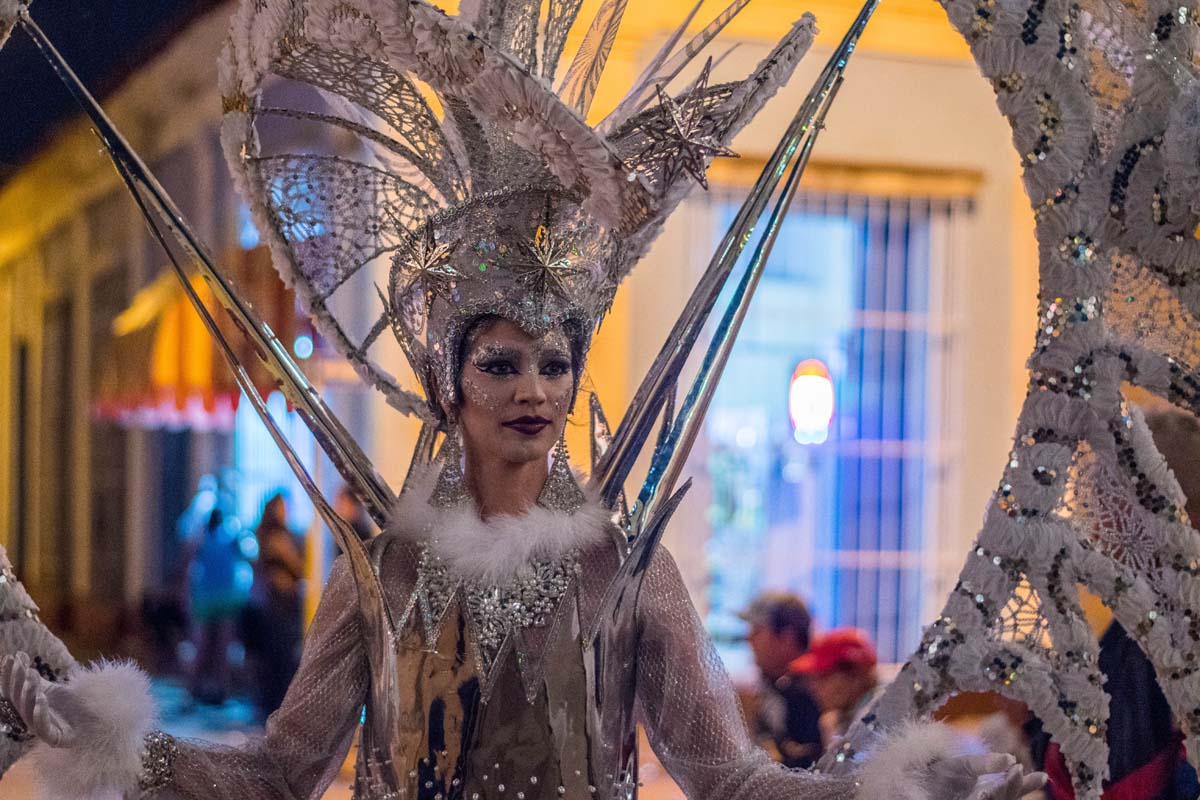 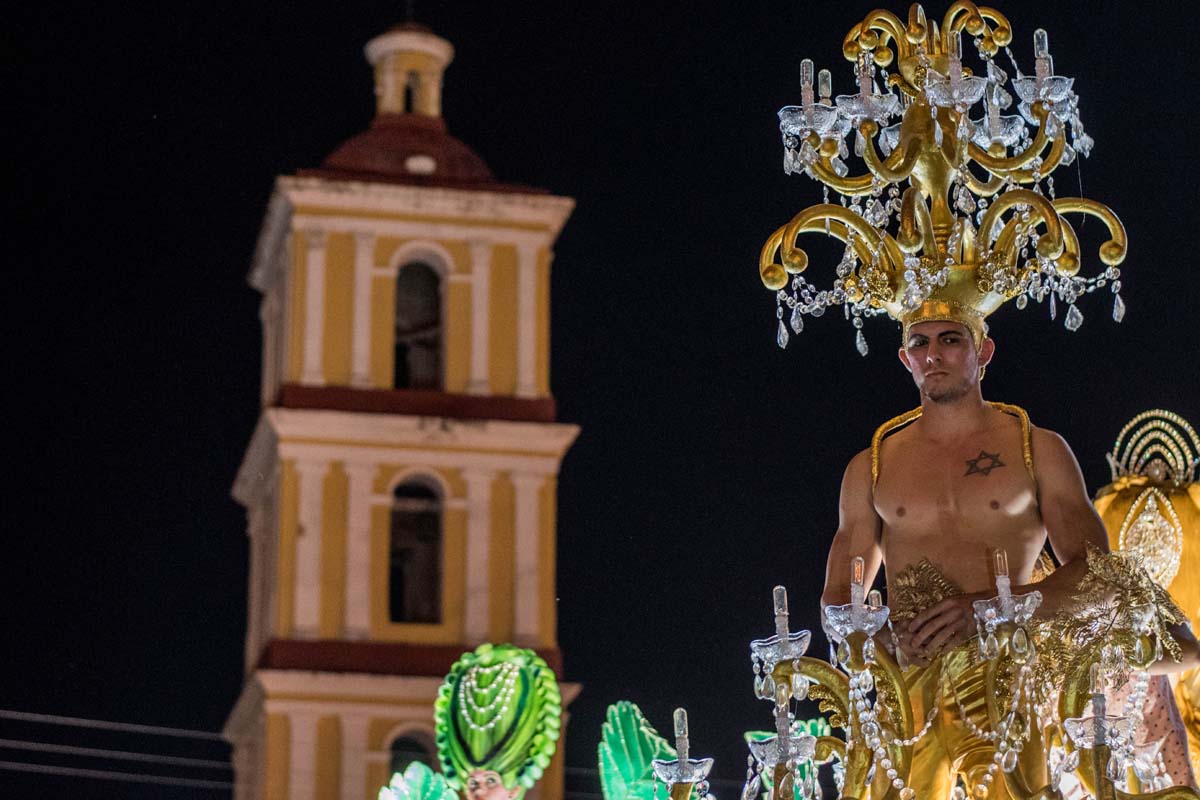 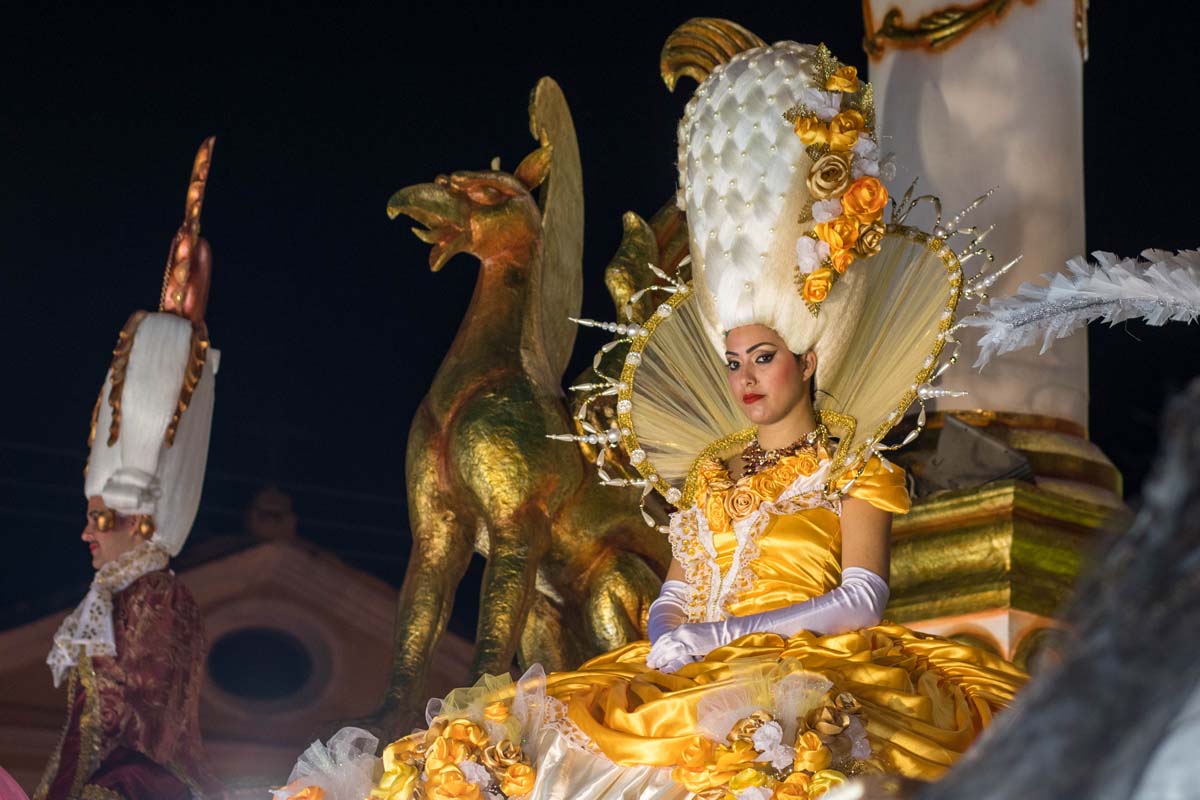 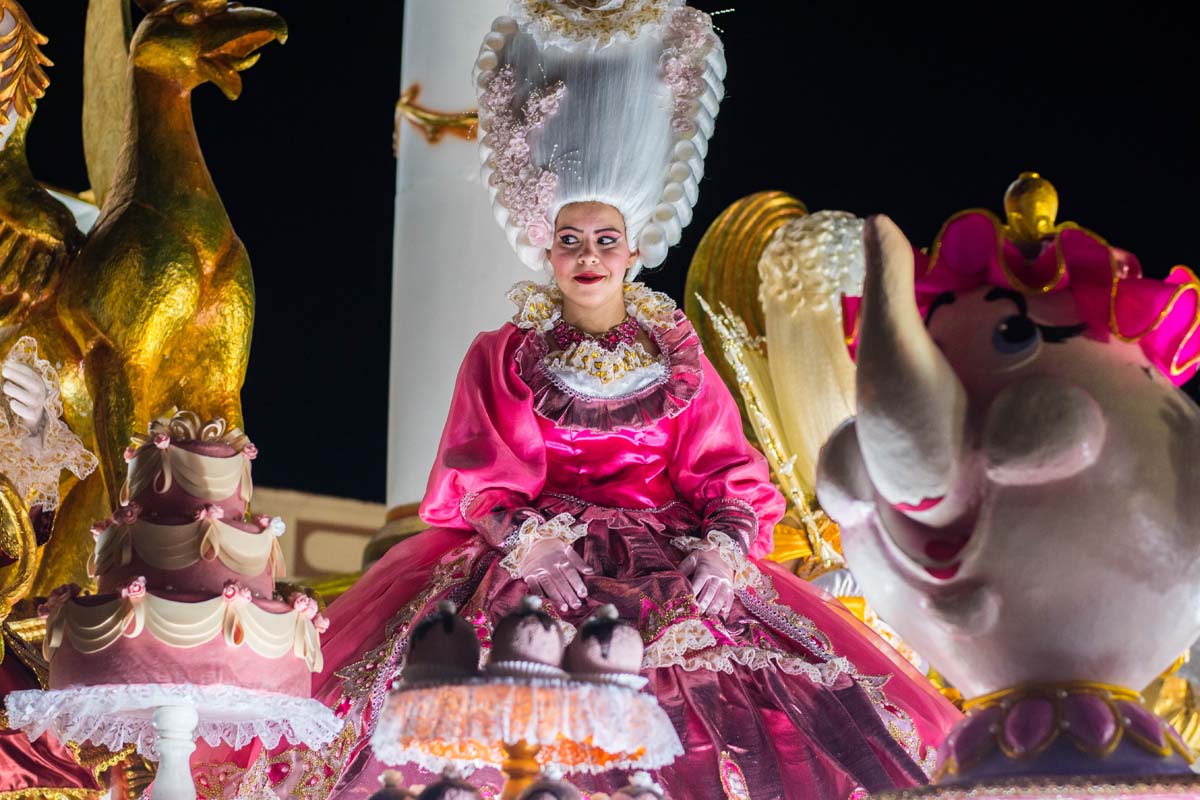 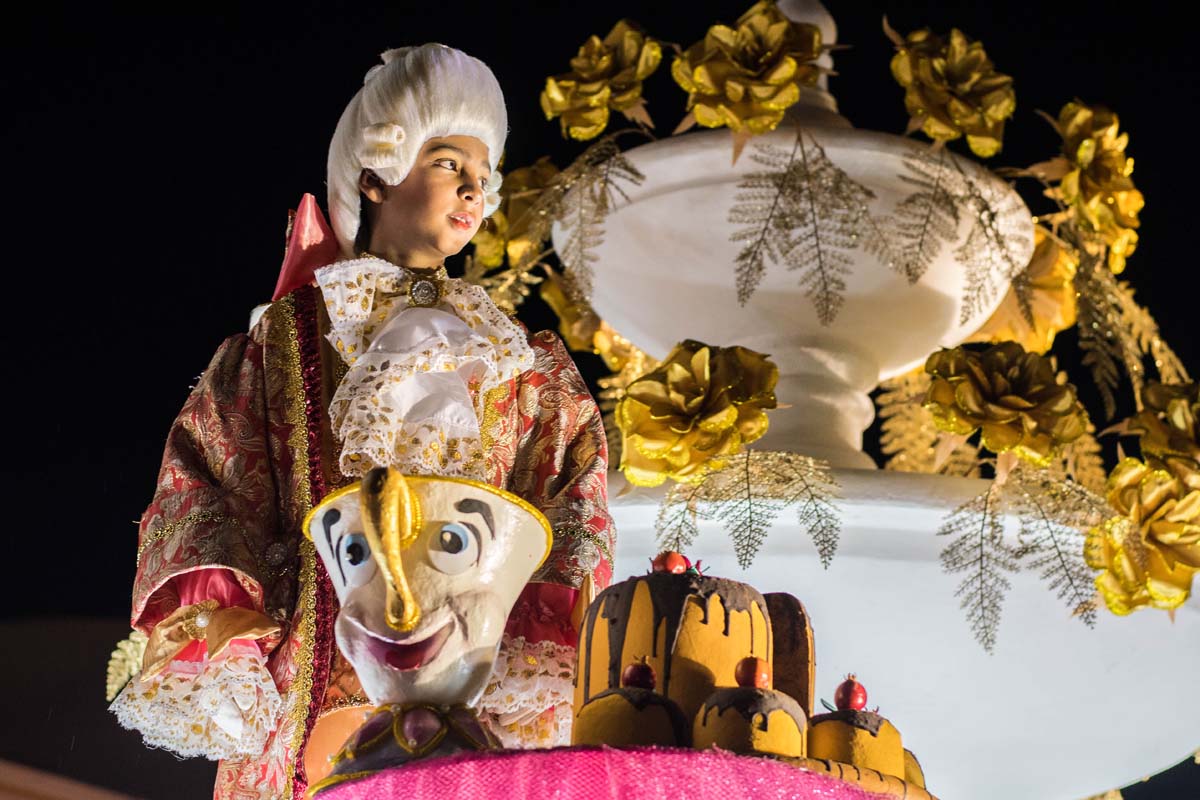 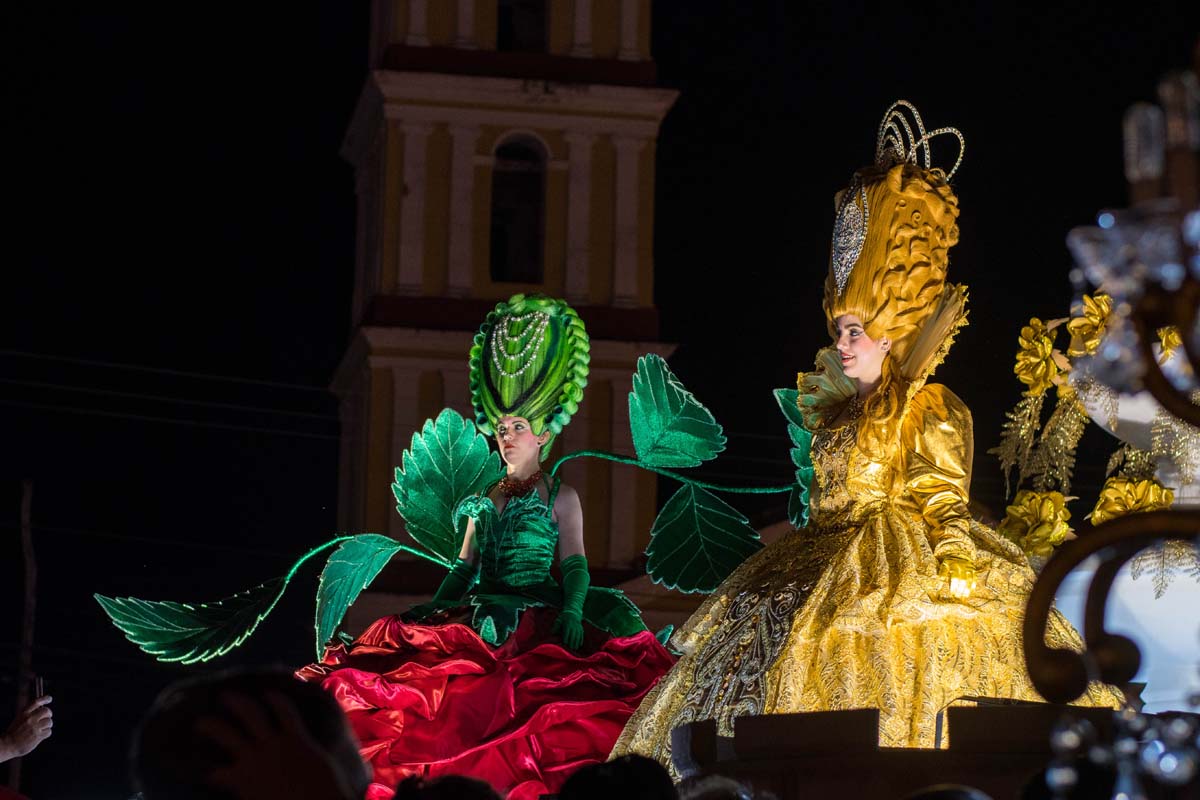