Everything Brussels Hotspots in Brussel Bezienswaardigheden Palace of Justice

Built on a hill above the Marolles area, the Palace of Justice on Place Poelaert is visible from afar. This colossal landmark, (literally) crowned with a golden dome, is the most important courthouse of Belgium. Designed in an eclectic style by the Belgian architect Joseph Poelaert, its construction ended in 1883. Up until the 19th century it was the largest federal building in the world. With a total ground surface of 26 000 m², it’s bigger than the St. Peter’s Basilica in Rome.

The building has been undergoing renovations for a very long time, but progress is slow. So slow that it is believed the building relies on the scaffolding for its stability. It’s become a difficult political issue to determine who should be in charge of the works and, more importantly, its financing. Although the Palace of Justice has been in scaffoldings since forever (1987 to be precise), it remains a very impressive and beautiful building. It’s no wonder it’s been classified as a protected monument. But have a look inside too! You can enter the lobby for free and marvel at its beautiful classical architecture.

The Palace of Justice towers over a square where convicted criminals were hanged in the Middle Ages. At least, they died with a last nice view, as the square offers a good lookout of the city with the Atomium in the distance. Bring something to drink and hang around for sunset on Place Poelaert, like the locals do. 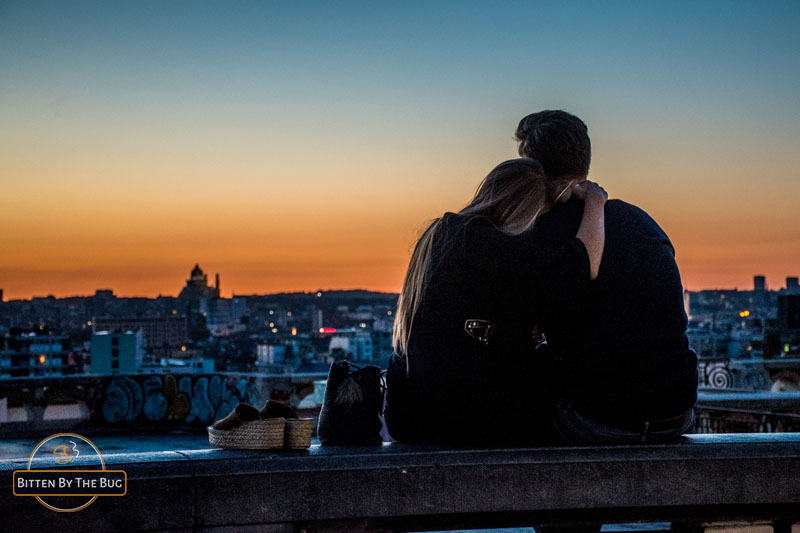