Situated on the Place des Palais, the Royal Palace is the king’s administrative center. The official residence of the king and the royal family is situated in Laeken, which is also famous for the Royal Greenhouses that open to the public once a year. The palace in the center of Brussels is where the King carries out his duties as Head of State, welcoming representatives of the political institutions, foreign visitors and other guests.

Built on the ruins of the former Coudenberg Palace

The palace was built on the foundations of the court of the dukes of Brabant and Emperor Charles V. This building was called the Coudenberg palace and was destroyed by a fire in 1731. The reconstruction of the new palace started in 1820 under king Willem I, and modifications in Louis XIV style were made in 1904 under Leopold II. There are two pavilions adjacent to the side wings. On the left that of the Civil List and on the right the Hotel Bellevue which is currently the BELvue museum documenting Belgian history. 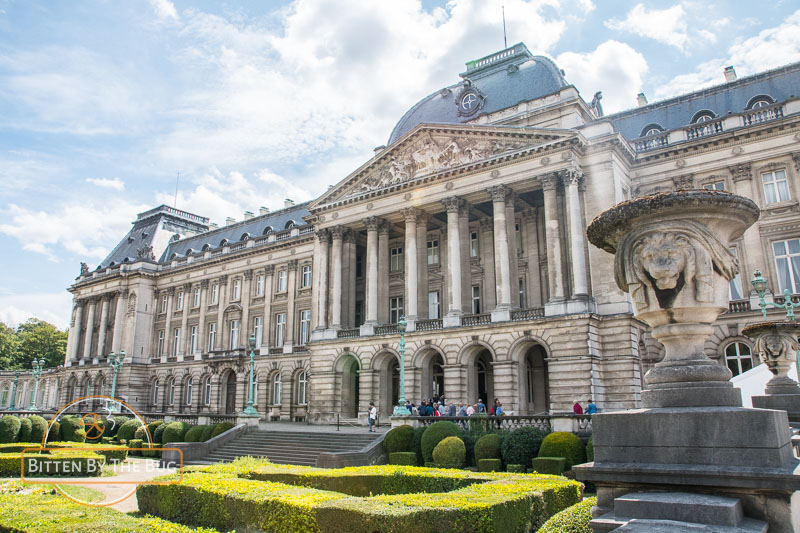 Every year in Summer, the royal palace opens up to the public (for free!) This is the occasion to walk through the palace and marvel at the grandeur of this fine sample of Neoclassical architecture. Try to plan your visit to Brussels according to its opening times.

You'll enter the palace via the Vestibule where you can store your backpack. Then you'll take the Main Stairway up and start your self-guided tour through the majestic halls of the palace. 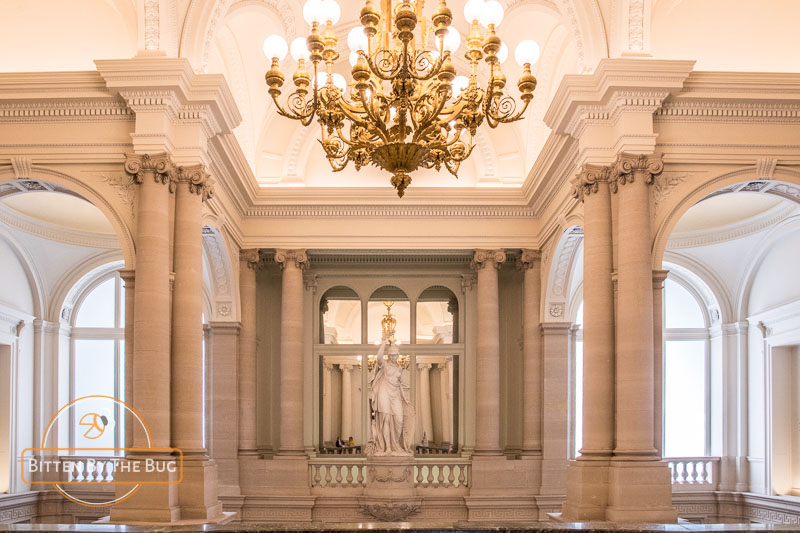 The Large Anti-Chamber features portraits of Prince Leopold of Saxe-Coburg and his spouse Princess Charlotte of Wales. The Empire Room was the ballroom of the Austrian imperial representative, which explains why there are dancing angels in the gilding and the low reliefs. The Small and Large White Room with original 18th century decorations constituted the apartment of state of the Austrian Minister. The Goya Room and Coburg Room have a similar lay-out and are respectively characterized by large tapestries based on Goya's drawings and multiple paintings of the Coburg family. 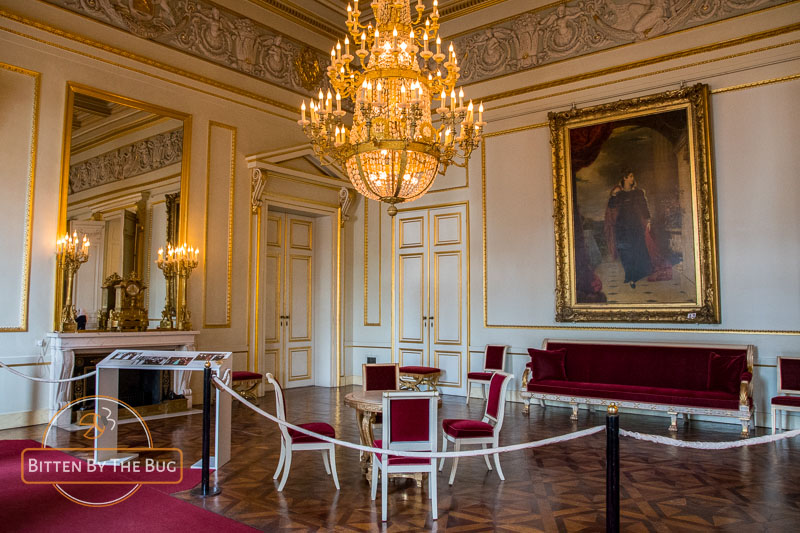 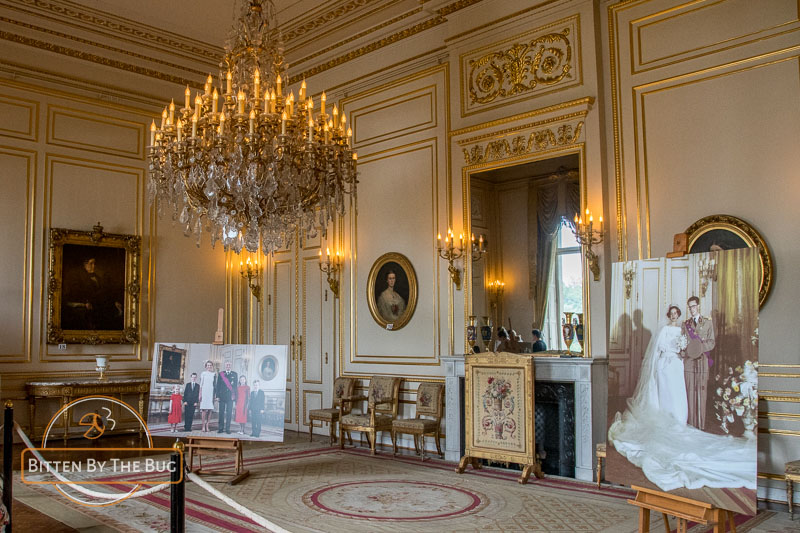 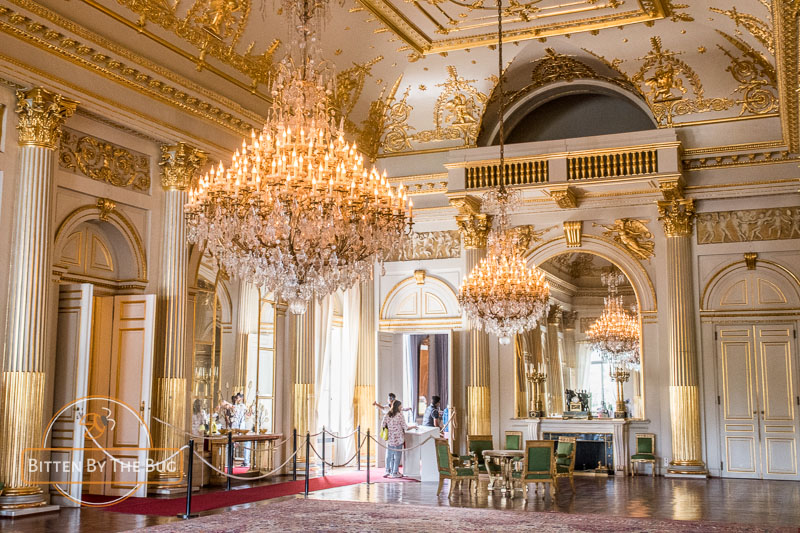 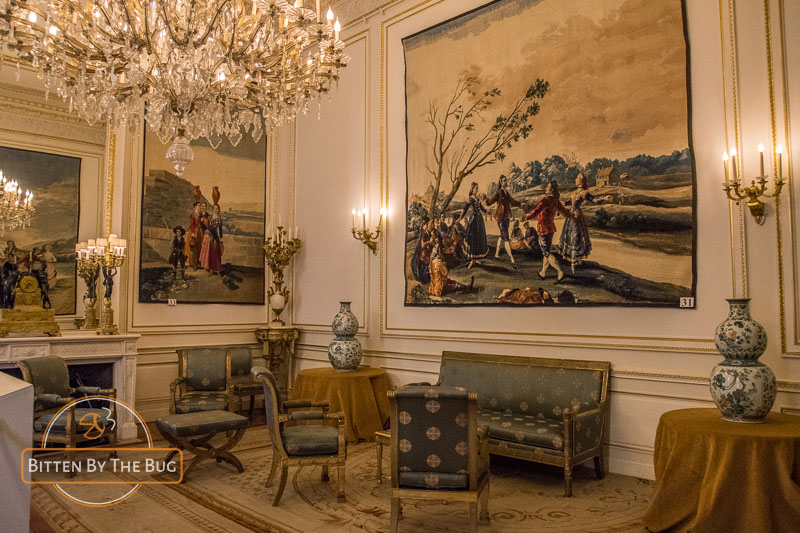 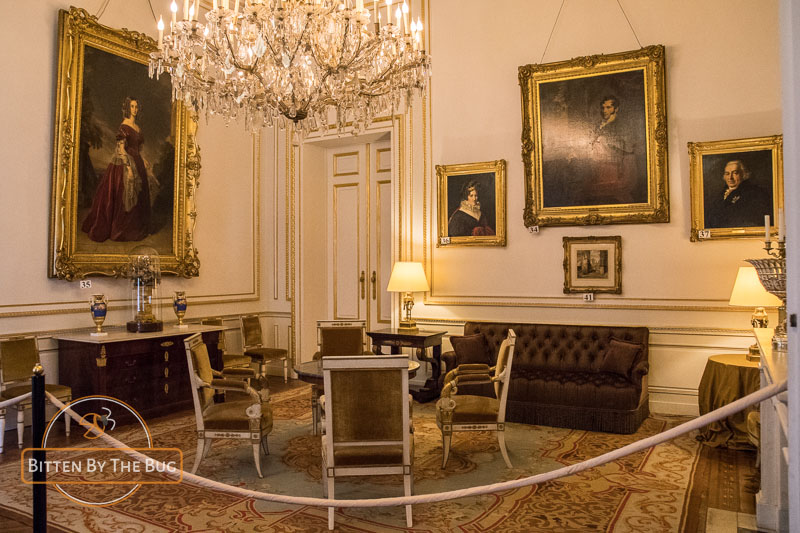 The Louis XVI Room boasts some paintings from the private collection of king William I. The Pilaster Room was originally a waiting room turned into a dining room for high dignitaries. The Marshal's Room was the audience room of King William I of the Netherlands. 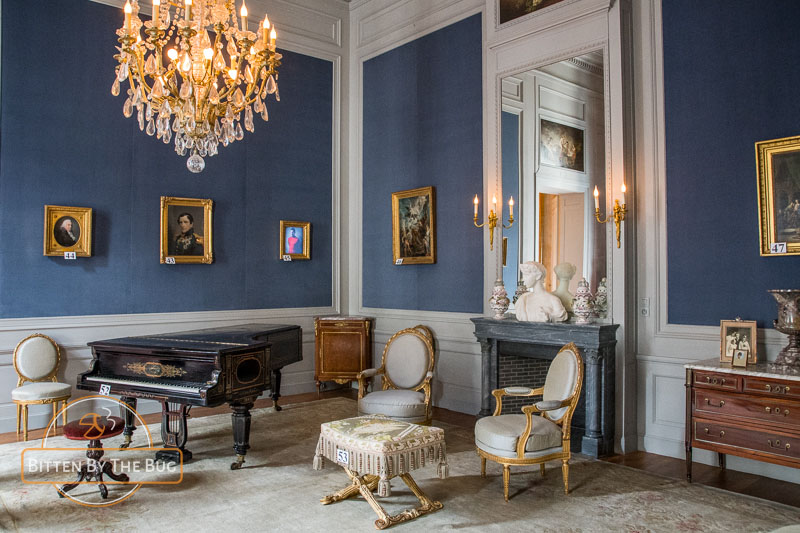 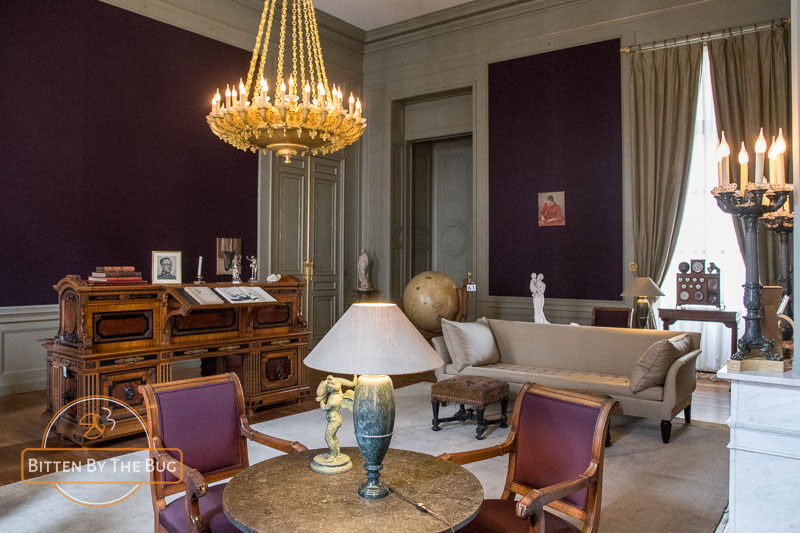 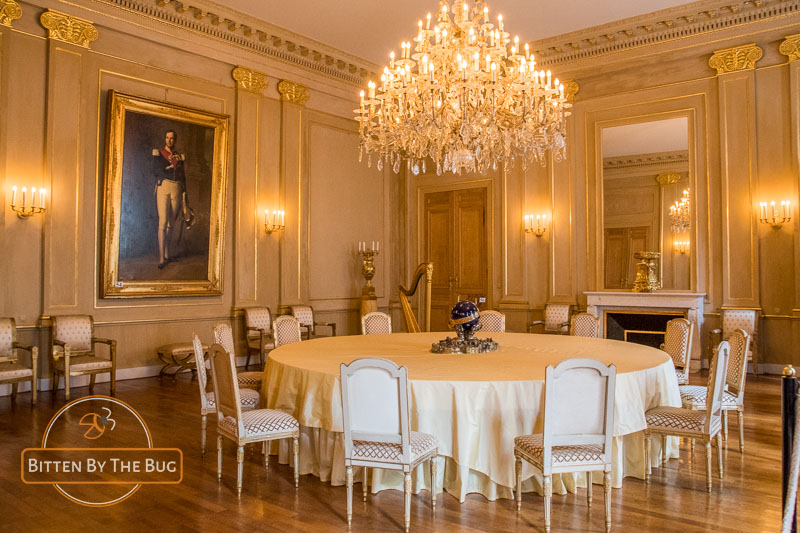 Next up is the impressive Throne Room with its high ceilings, mosaic floor and sumptuous chandeliers. 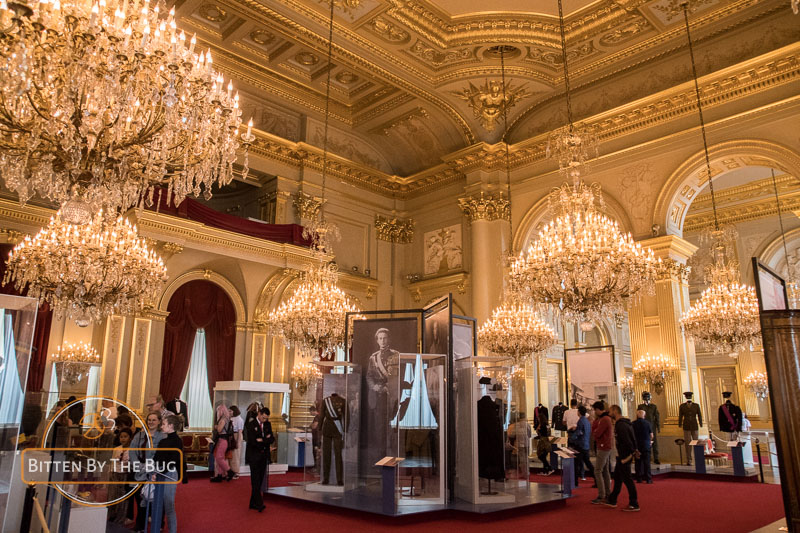 The Marble Room, the former dining room of King Leopold II, leads into the Large Gallery, an enormous gala room used for dinners and receptions. 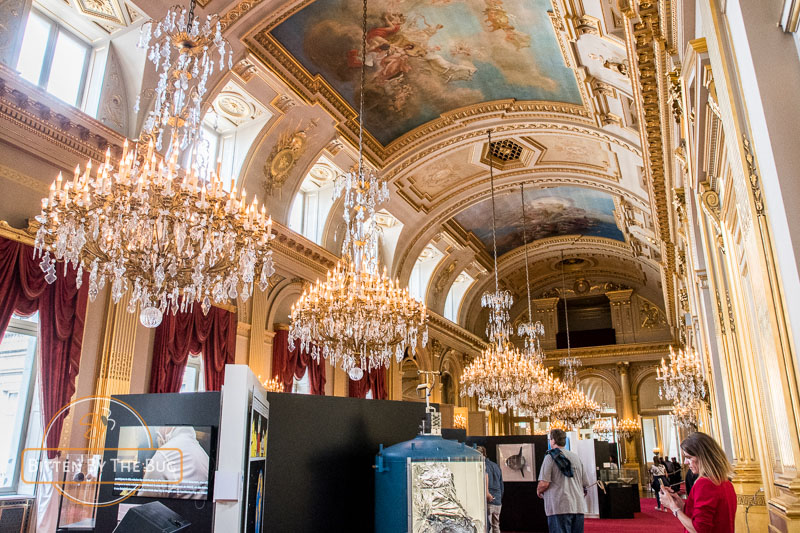 The Thinker Room leads to another of the palace's highlights. In the Mirror Room, the ceiling and one of the chandeliers are covered with approximately one million and a half jewel-scarab wing cases. It's a work of art from the hand of Jan Fabre. The Mirror Room usually hosts a temporary science exhibition where kids can do various little experiments. 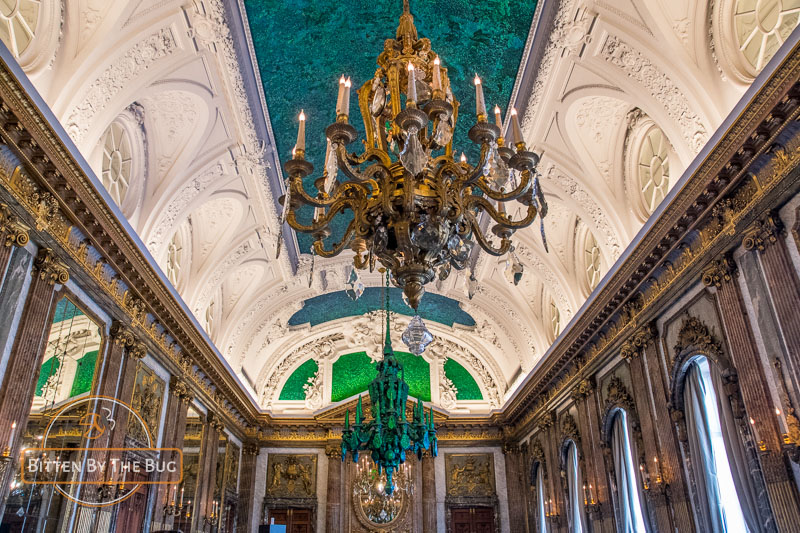 After visiting the Royal Palace, walk back to the city center or have a break in the Royal Park located right across the street. This park, shortlisted as one of the best parks to picnic in Brussels, is a beautiful park with several gems to explore.