Cheapest way to travel between Paris and Brussels

Cheapest way to travel between Paris and Brussels

By bus, by train, by car or even hithchiking... there are enough options to travel between Paris and Brussels. This is such a popular route that you don't even really have to plan your trip beforehand, you will always be able to find means of public transportation to travel between these capital cities. Exactly this abundance of options might make it confusing to decide which one to go for. Here is an overview with options ranging from cheap to more expensive. 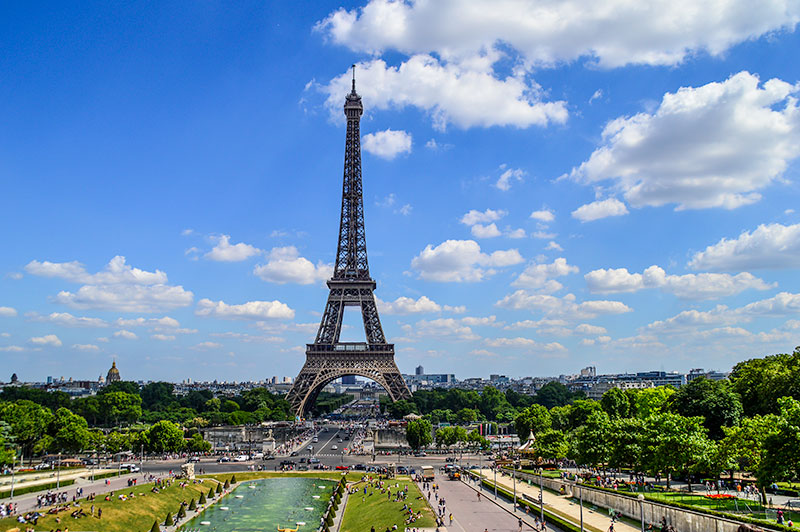 Okay, this is not for everyone, but if you're feeling adventurous, it is really not that hard to hitchhike between Paris and Brussels. If you're lucky, you might get there faster than when you're travelling by bus. That is, if you put your best smile on! Hitchwiki describes five hitchhiking spots in Brussels and seven starting points in Paris.

I add it here for the sake of completeness, but walking or cycling from Brussels to Paris could actually be a fun experience. And it doesn't have to be boring! The GR (Grande Randonnée) is a network of long-distance footpaths in Europe, and one of them -the GR 12- runs from Amsterdam over Brussels to Paris. You won't be taking the shortest route, because a series of detours takes you to some beautiful places 'more or less close' to the itinerary. If you need a map, you can find one here for example. So, who's feeling adventurous?

There are many different bus companies that go between Brussels and Paris, such as Flixbus, Eurolines and Ouibus to name a few. There is no great difference between the different companies, so it doesn't really matter what company you go for. I really like the website Comparabus because it gives you a very detailed overview of the time schedules and prices of all the available buses. You can actually consult the website for any bus ride in Europe.

Apart from the price which will vary between 12 and 29 euros depending on how much in advance you book, make sure to also check at which terminal you will be dropped off. In Brussels, it doesn't really matter whether you get off at Gare du Midi, Gare Central or Gare du Nord, because those terminals are very close to each other and it's really easy to get from one to another. In Paris, Bercy and Porte de Maillot are closest to the city center, but from the other terminals you can also get around quite easily using the subway network.

The duration of a bus ride between Paris and Brussels depends on traffic, but will generally last between 3h30 and 4hours. It takes a bit longer than by car, because buses are restricted to slower speeds than cars and they stop more often. 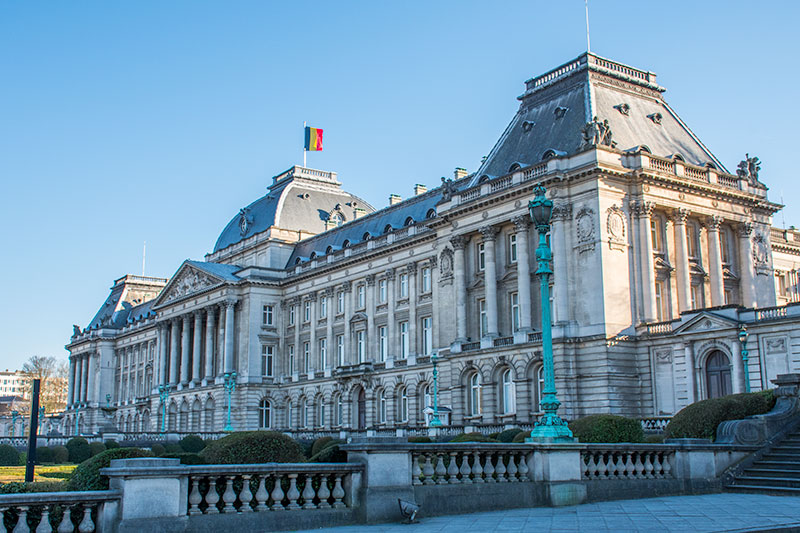 Blablacar is the most popular platform for shared rides between Brussels and Paris. After you log in, you'll see an overview of all the planned rides on the day you've entered. The price generally varies between 20 and 30 euros. Once you've booked a ride, you'll get the contact details of the driver, so you can discuss the exact departure time and pickup spot. If you're lucky, you're driver may even be able to suggest some interesting spots in the city you're about to visit!

By train: IZY and Thalys

First I'll start by discussing IZY, which is the budget option from Thalys. The price here is very competetitive, ranging from 10 euros for a standing place to 15 euros for a folding seat to 29-39 euros for a normal seat. Make sure you book in advance if you want a standing or folding seat, because those places are very limited. The ride will take 2h30 and you'll arrive respectively in Bruxelles Midi or Paris Nord.

Alternatively, there is also Thalys, which is the quickest way to get from Brussels to Paris. All the while seated comfortable, you'll reach your end destination after no longer than 1h20. But it is also the most expensive option, as the price of tickets starts at 75 euros. You can buy your ticket online or at the Belgian (SNCB) or French (SNCF) railway company.

Pin it for later! 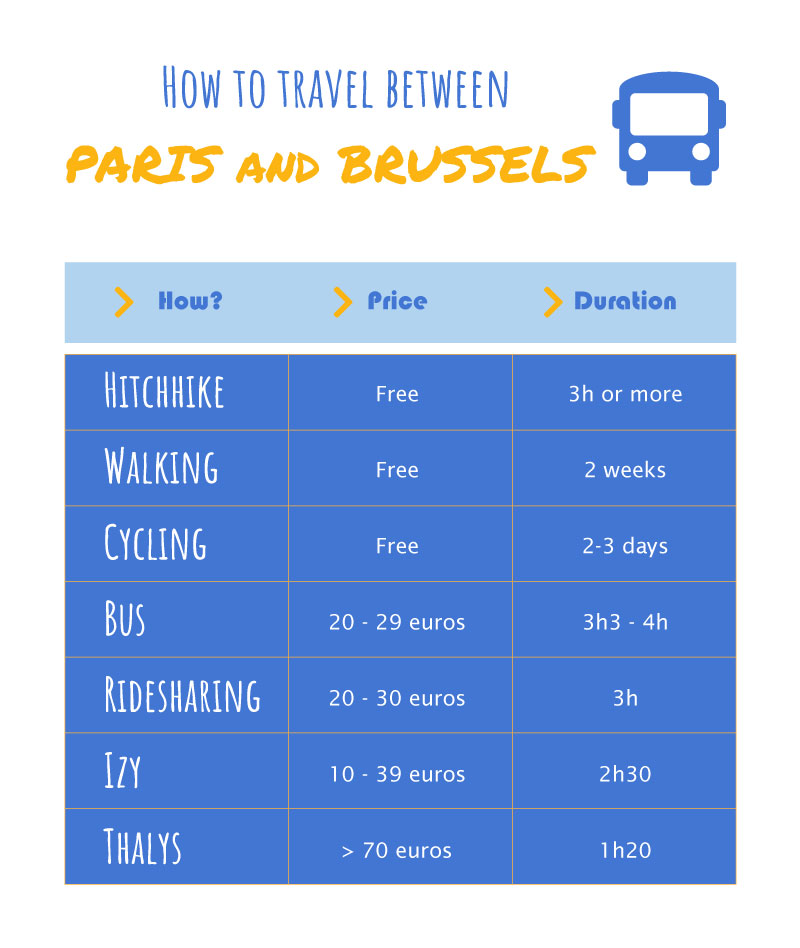