El Yunque, situated in the El Yunque Protected Area, is the table-shaped mountain that towers over the village of Baracoa. Although it sits a mere 575 meters above sea level, it is a tiring hike to reach the summit. Prepare for some hard work, a lot of sweat and...beautiful views of the tropical rainforest. After an intensive sun-drenched hike, nothing is more rewarding than a refreshing swim in the river while looking up at a beautiful waterfall. 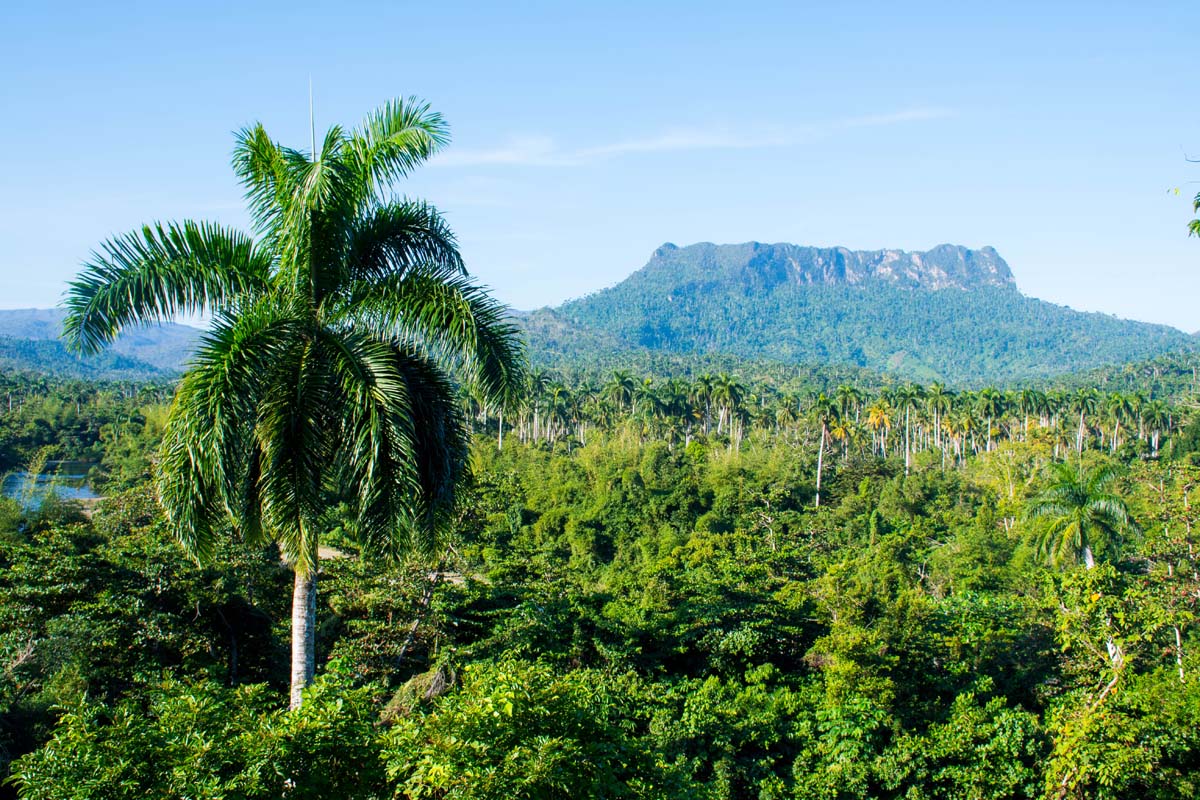 We woke up early to do most of the ascent before the sun would reach its summit. When we opened our eyes, without leaving the bed, we witnessed the last moments of sunrise. I wish I could wake up like that every day! 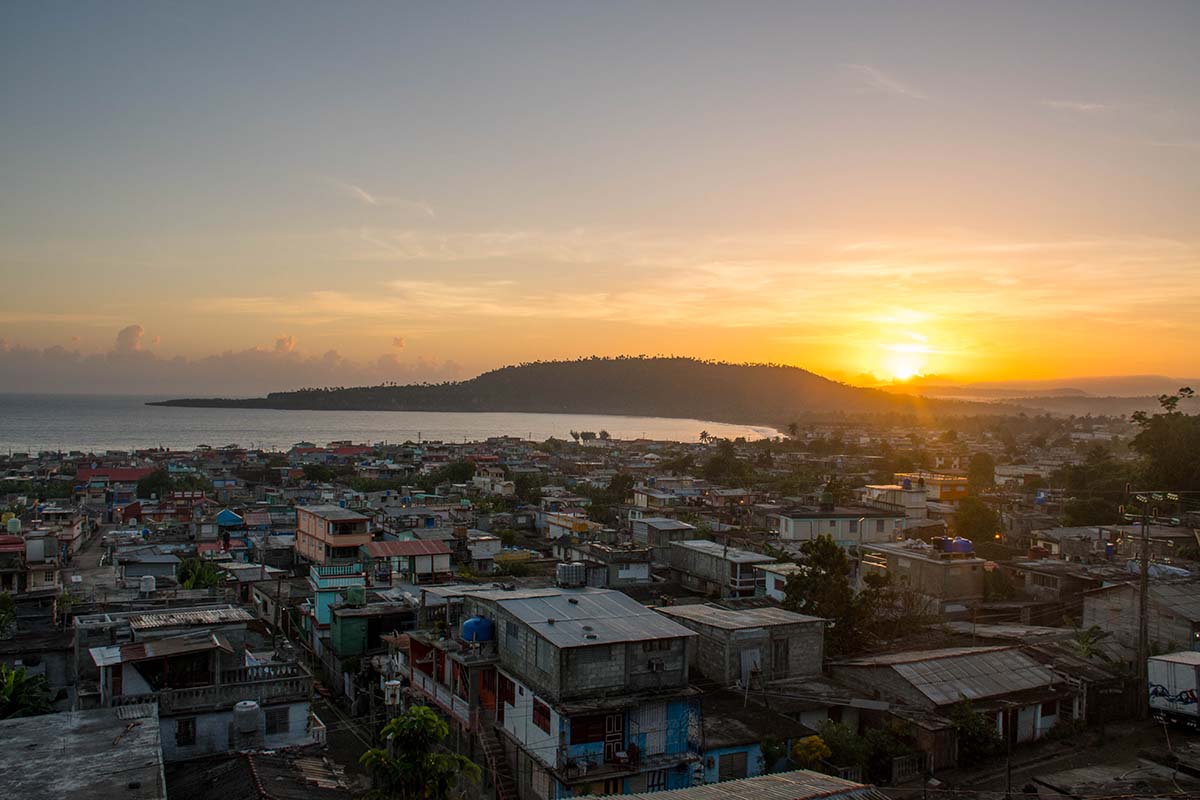 Roberto had prepared a solid breakfast for us, with plenty of carbs. We received fresh juice, pancakes with tarrow root, ham, cheese, homemade jam, fruit salad, an omelette with vegetables, tea, coffee… it turned out to be the best breakfast we’d have on our entire trip through Cuba. 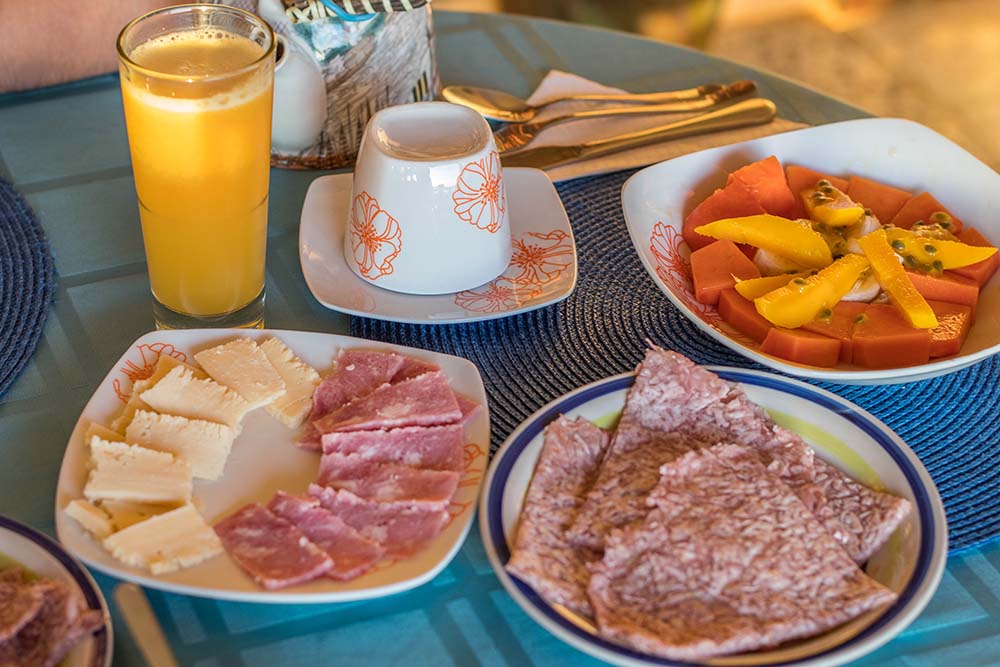 The bike ride to the national park

Our day schedule was already delayed because we spent too much time talking to Roberto, so we hurried to Camilo’s bike rental shop. It wasn’t the best bike I’ve ever had, mostly because the brakes were real tight and made a very high, screeching noise. But apart from that, the bike had gears (luckily) and did the job.

The distance to the entrance of the national park was about 10 kilometers. Roberto had given us a detailed maps of the area, which made navigating really easy. Once out of Baracoa, the road became bumpy and slightly hilly, which we had anticipated as it was the same road as for Playa Maguana.

After we turned left from the main road, we continued on a rocky dirt track with a lot of stones and pot-holes. My backside, slightly sore from the previous bumpy ride, started to really hurt now. Some descents were really steep and frightened me, as I could barely use my overly tight brakes. On the other hand, the views of the mighty El Yunque were getting better. 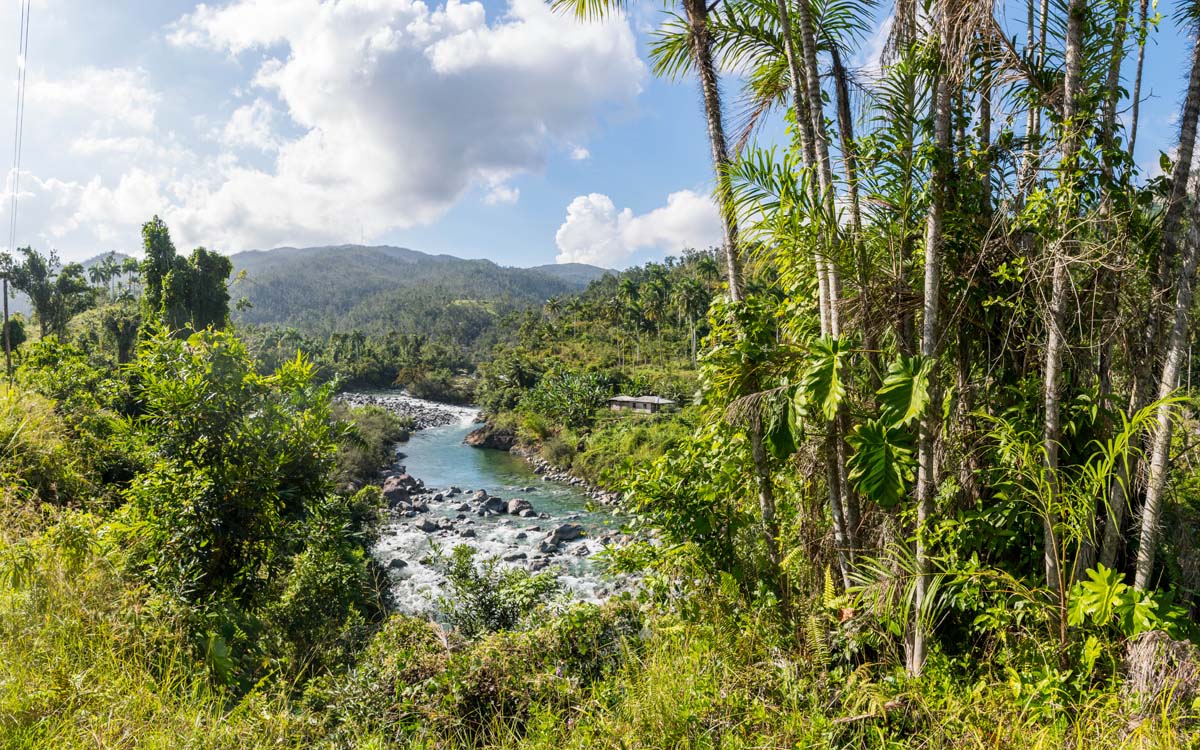 As we approached the entrance of the national park, we overtook a Cuban man who was also on his way to the park. He introduced himself as Benito and it turned out he worked as a guide.

We registered at the visitor center of the El Yunque Protected Area and paid the entrance fee. Entrance to the protected area is only allowed with one of the guides of the park, so Benito was assigned to us. There are a few families living inside the national park. We dropped our bikes at the house of Benito’s aunt and also ordered a dish for when we got back from our hike.

Our hike really kicked off now. The first challenge was wading across a 50-meter wide river. When I realized the water almost reached my waist, I preferred giving my camera to Benito to bring it safely to the other side. 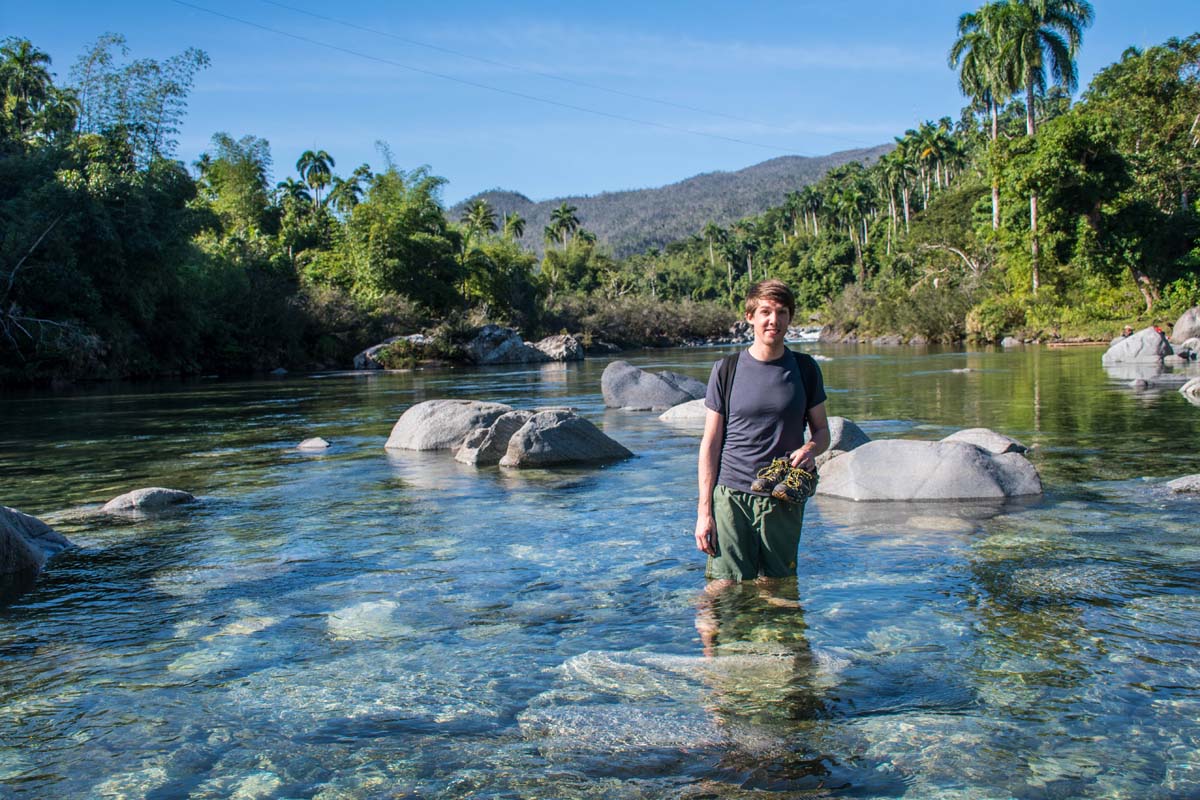 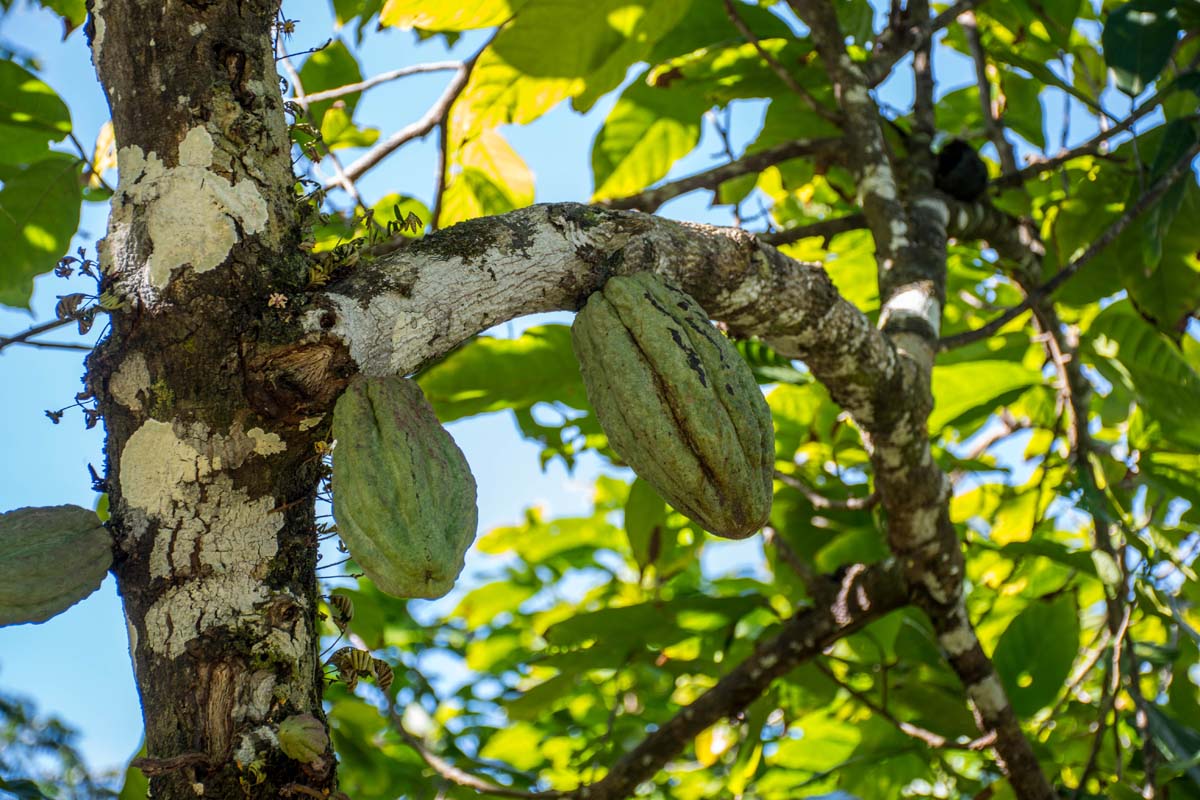 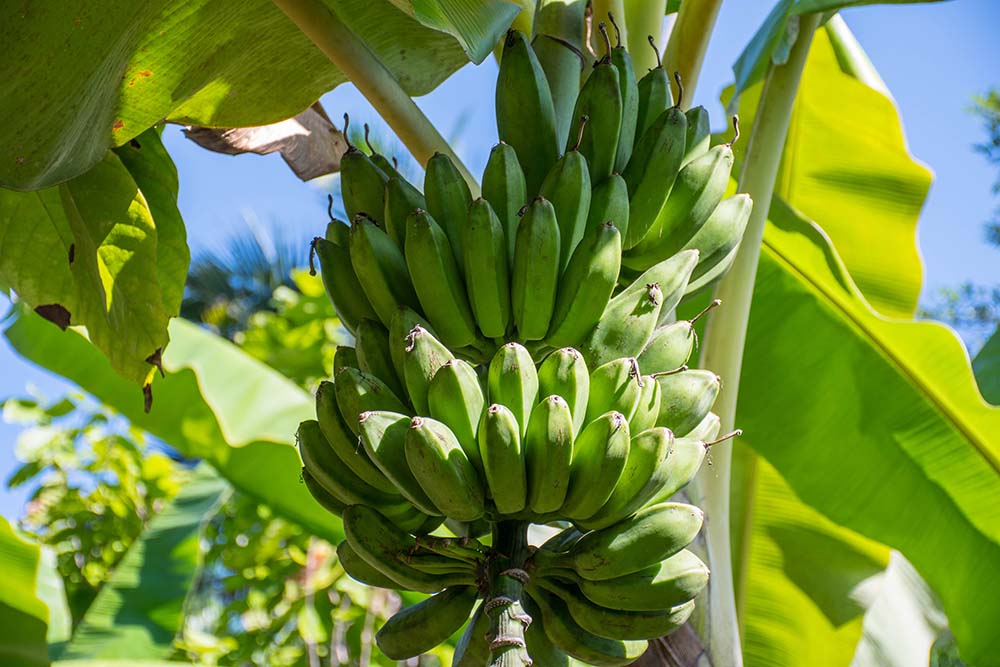 The next part was quite flat and really easy, also because Benito often stopped to educate us about the plants and other flora. We were surrounded by banana and cacao trees. Gradually, the climb became steeper and more difficult. At 575 meters, El Yunque isn’t really a high mountain, yet it is hard work to climb. Somewhere halfway, a wooden signpost announced it was time for a ten-minute break. A young Cuban had set up a table adorned with all kinds of Cuban vegetable fruit. For 1 CUC you could try them all. 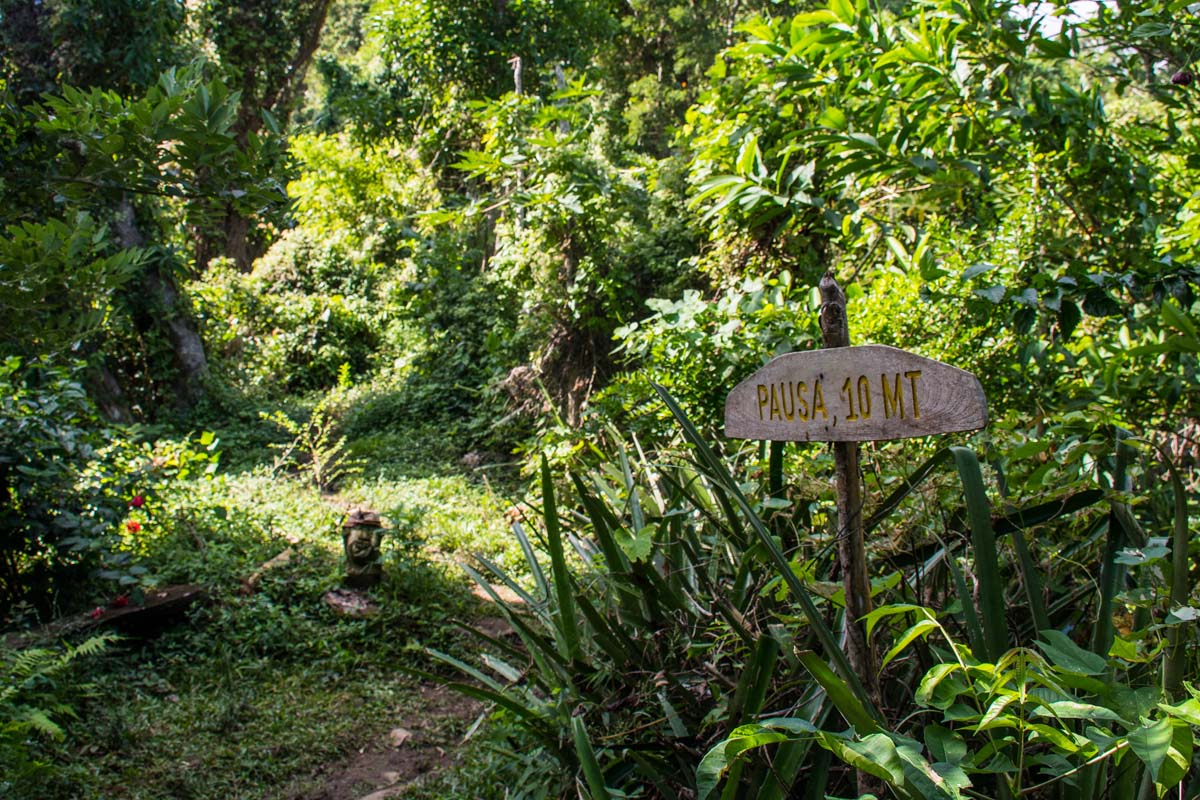 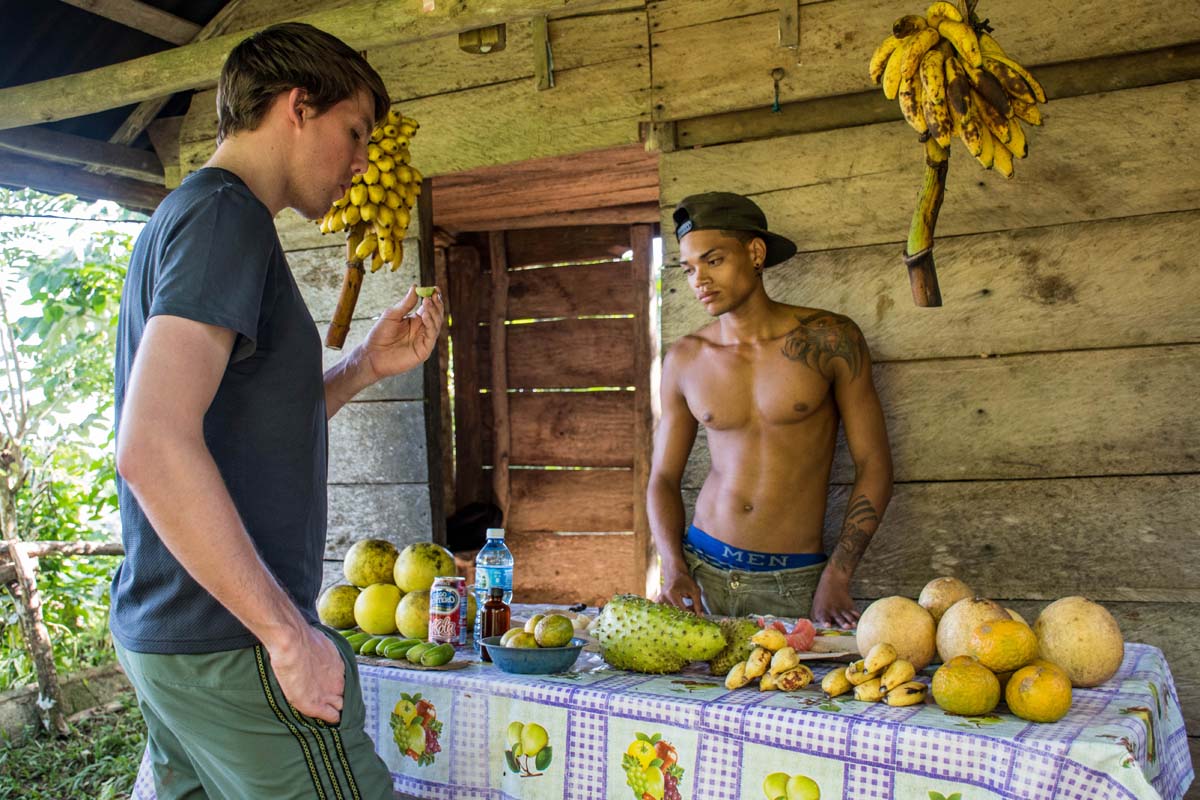 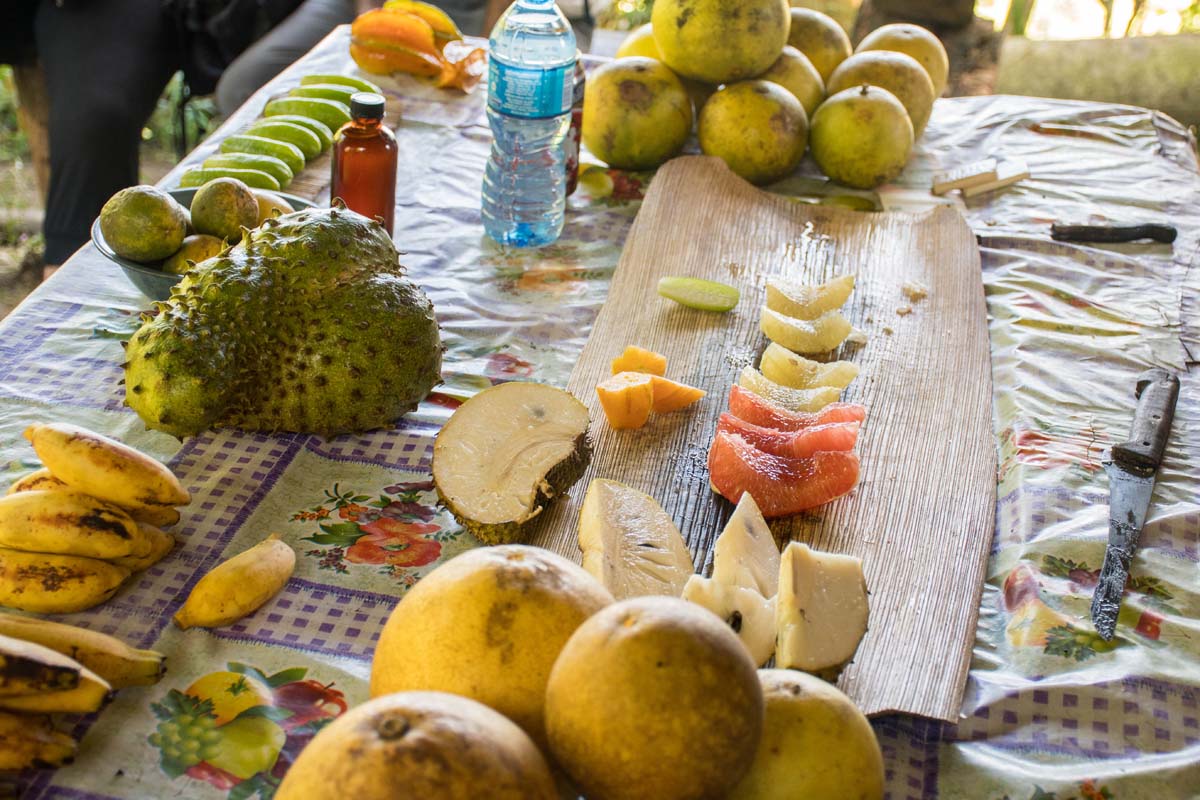 From here, it was another 40 minutes hiking to the top. It was a really tough stretch now. The trail went up quite vertically and it had become really hot and humid. The sweat was dripping off my face. Some salty beads of sweat dripped into my eyes, making them sting. I had troubles keeping up with Bart and our guide and wished I had worked out more before coming to Cuba. The astounding views over the tropical rainforest made for a perfect excuse to stop every now and then. 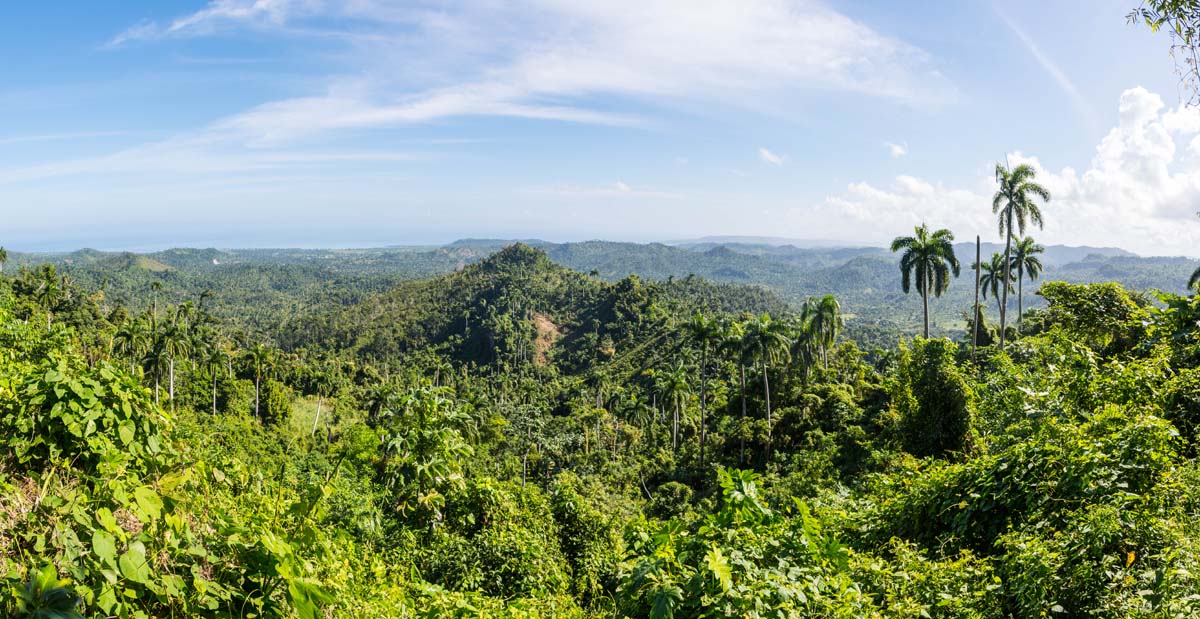 Finally, after give or take two hours of hard work, we reached the top. We overlooked the dense, tropical jungle all around us, with the Caribbean Sea in the distance. Far away, we could also see the city of Baracoa. We sat down and engaged in a long conversation with our guide about socialism, Cuban customs and his life. Whereas in the beginning he didn’t talk that much or didn’t seem that interested, he really opened up now. 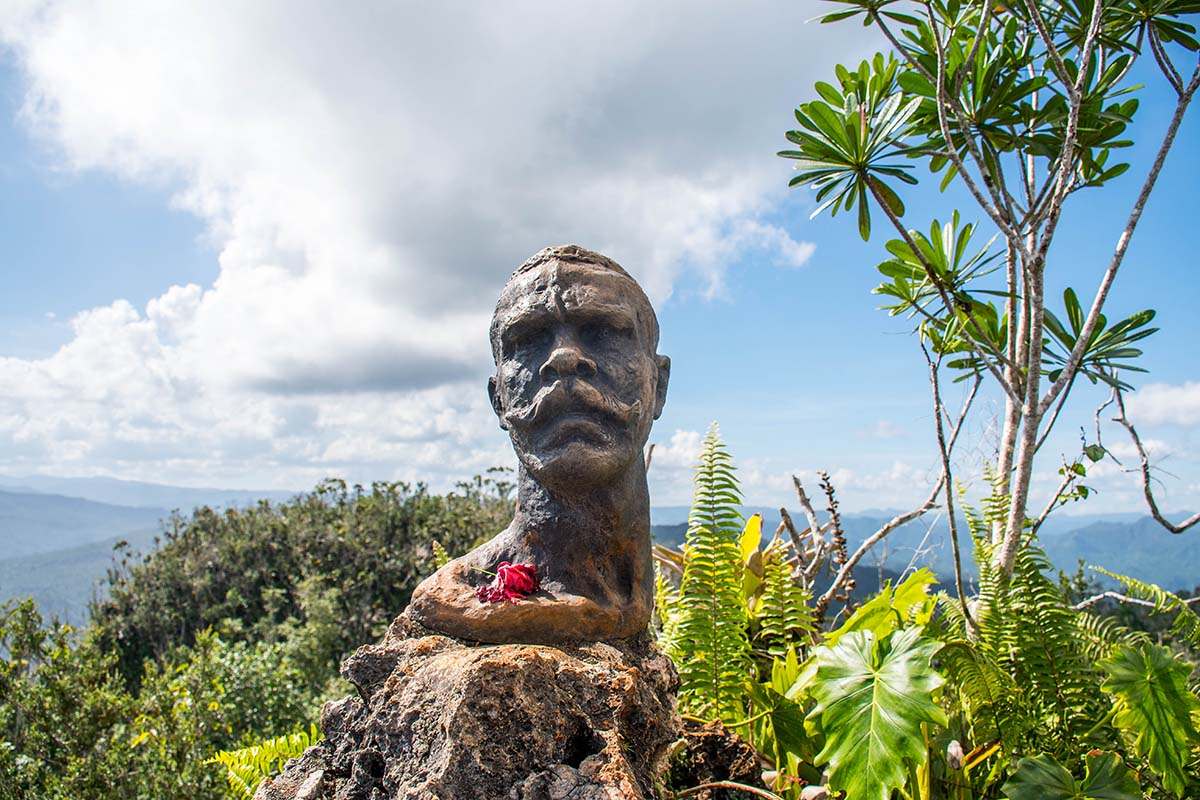 We sat there for such a long time that two or three other groups also arrived, making the top soon feel overcrowded. It was time for us to go back. We went down the same way down as we had come up, meaning we had a very steep descent ahead. I was happy it hadn’t rained too much in the previous days, as we were walking on a dirt trail that can get very muddy and slippery.

Hike to the waterfall

After crossing the river again, we turned right towards the waterfall. Compared to what we had just done, this was really easy. For most of the time we followed the dirt road, then turned off the main track on to a small path which would’ve been very difficult to find without a guide. After 20 minutes we reached the waterfall and stripped off to our swimwear. The waterfall wasn’t the biggest or highest I’ve ever seen, but it was nice and the location was beautiful and isolated. Also, it was so refreshing to jump in the river and rinse off the sweat. 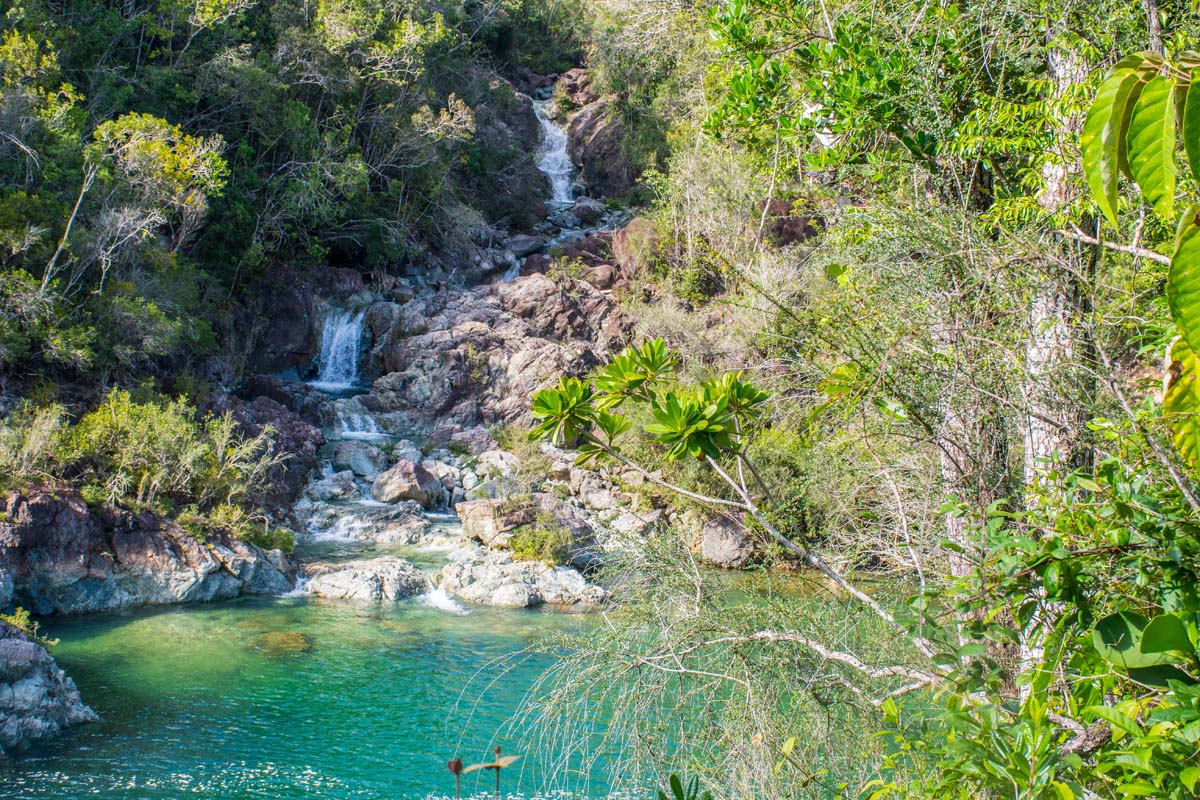 From the other side of the river it is possible to hike up to another waterfall, but Benito told us it was very similar to this one and there were many mosquitoes up there. Feeling lazy, we accepted this excuse.

Around 16:00, we walked back from the waterfall to the house of Benito’s aunt, where dinner was waiting for us. We received a big portion of rice with beans, fried plantains, tomato and meat. After dinner, Benito rode back with us on his way back home. When we said goodbye, he invited us to come back and have dinner with him and his family. We’d share a ‘cerdito’, because we were friends now. He put a lot of detail into explaining how we could find his house next time we'd drop by. 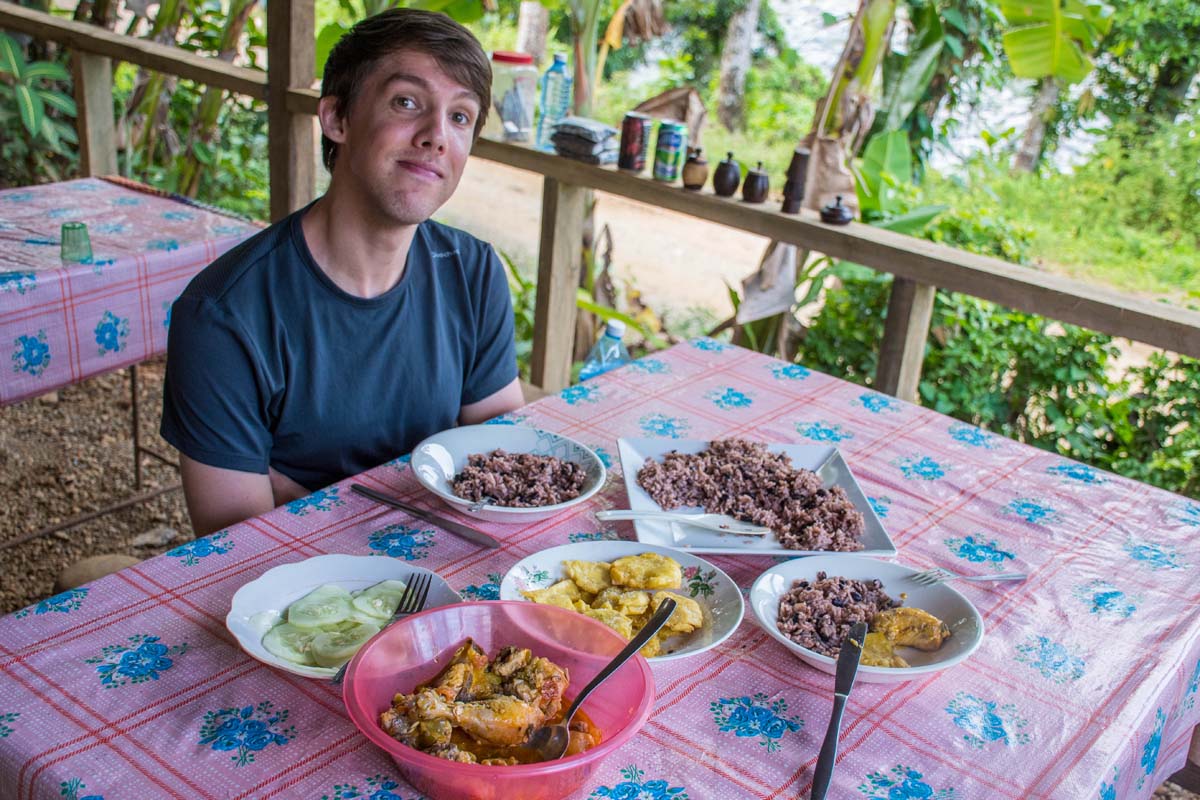 There was only one hour of daylight left and I was hoping to see the sunset from the beach, so we cycled back to Baracoa as fast as we could. When we reached the bike shop it was 17h30 and the beach would be another 30 minutes walking. We didn’t even bother to try.

Bart wasn’t feeling too well, so it seemed better to return to our casa and get some rest. Later in the evening, I decided to go for a walk in the center by myself. I returned to the main street where we had been the night before. As I walk past Casa de la Trova, a Cuban guy turned away from his friends to chat with me and offered to go inside to dance. I didn’t mind practicing some salsa. After one song, though, the waitress asked me to pay for the music. Because I didn’t have any money on me, I left the bar and walked on.

Moments later an elder Cuban man came towards me. He seemed desperate to dance with me and begged me to join him to a salsa bar. I didn’t like his pushy behavior, so I repeatedly refused, after which he finally let me wander off.

Not even two minutes later, I heard someone else trying to get my attention. Thinking ‘not again?’, I fled to the pharmacy (which was still open) pretending to need something. My attempt at fleeing had been in vain, as he was waiting for me outside. His name was Lazaro and since he seemed friendly, I accepted his company. He followed me through the street and into the Casa de la Chocolate. In the open-air patio of this bar, a small band was playing live music. I listened to a few songs and danced some salsa and merengue to the best of my skills, then decided it was time to go.

My new friend Lazaro followed my outside and accompanied me as I left the city center. At this point, I started to panic internally. I had to go through some empty and dark streets to get back home, and I wasn’t too sure about this guy’s intentions. When he asked if I didn’t want to join him to the beach, I told him my boyfriend was waiting for me, hoping the message would be clear. It wasn’t. He answered that my boyfriend wasn’t here right now and that he didn’t have to know what happened here. When I still refused, he came up with another series of arguments why I had to join. It was getting really annoying. He finally gave up and let me go home by myself.

When I entered the casa, Roberto and his partner Manuel were still up. Roberto must’ve sensed it had been an intense evening for me, as he asked if I wanted some home-made chocolate ice-cream. Sitting on the terrace with ice-cream and chatting about life, this day ended nicely after all. 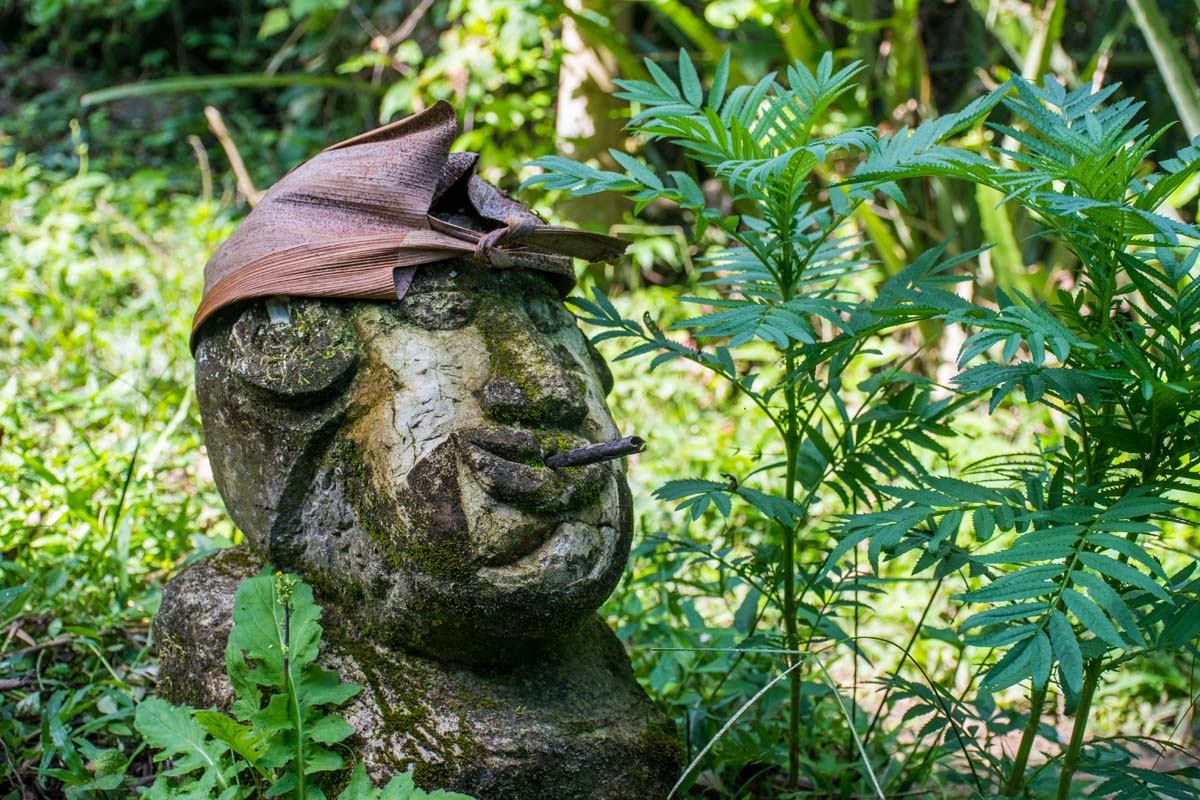 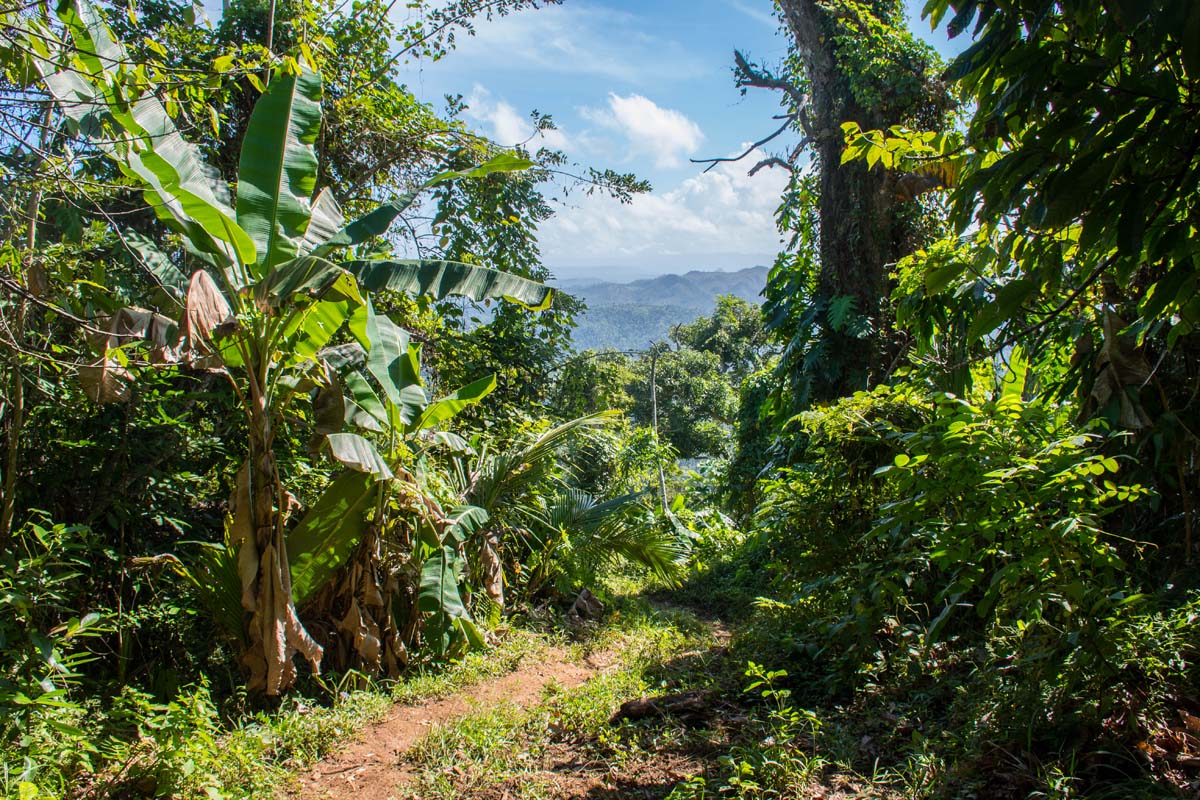 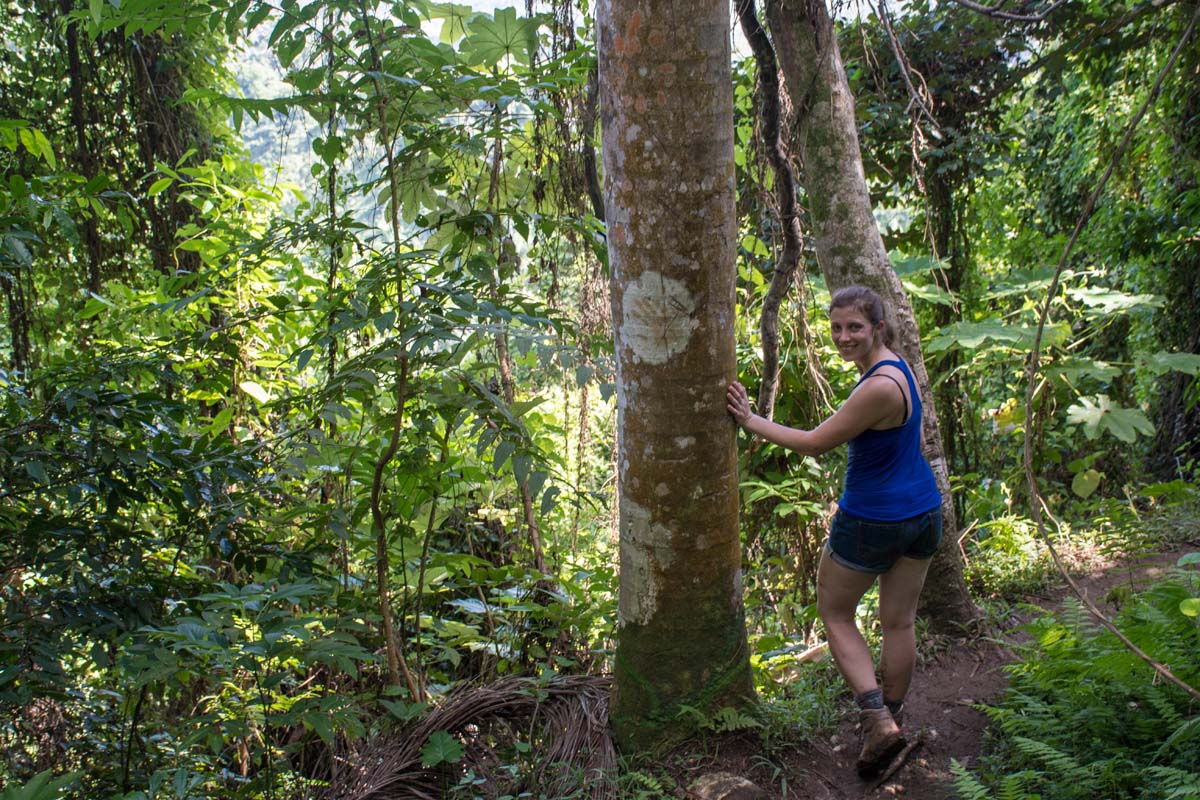