Perched on a mountain ridge in Sierra Maestra and tucked away amid thick cloud forest, Comandancia de la Plata is the camp where Fidel Castro based his rebel headquarters during the Revolution. The location had been chosen for its inaccessibility, and served its purpose well. Batista’s troops never found it. On our third day of trekking in Sierra Maestra we hiked there to gain a better understanding of what happened in Cuba back in the late 1950s. 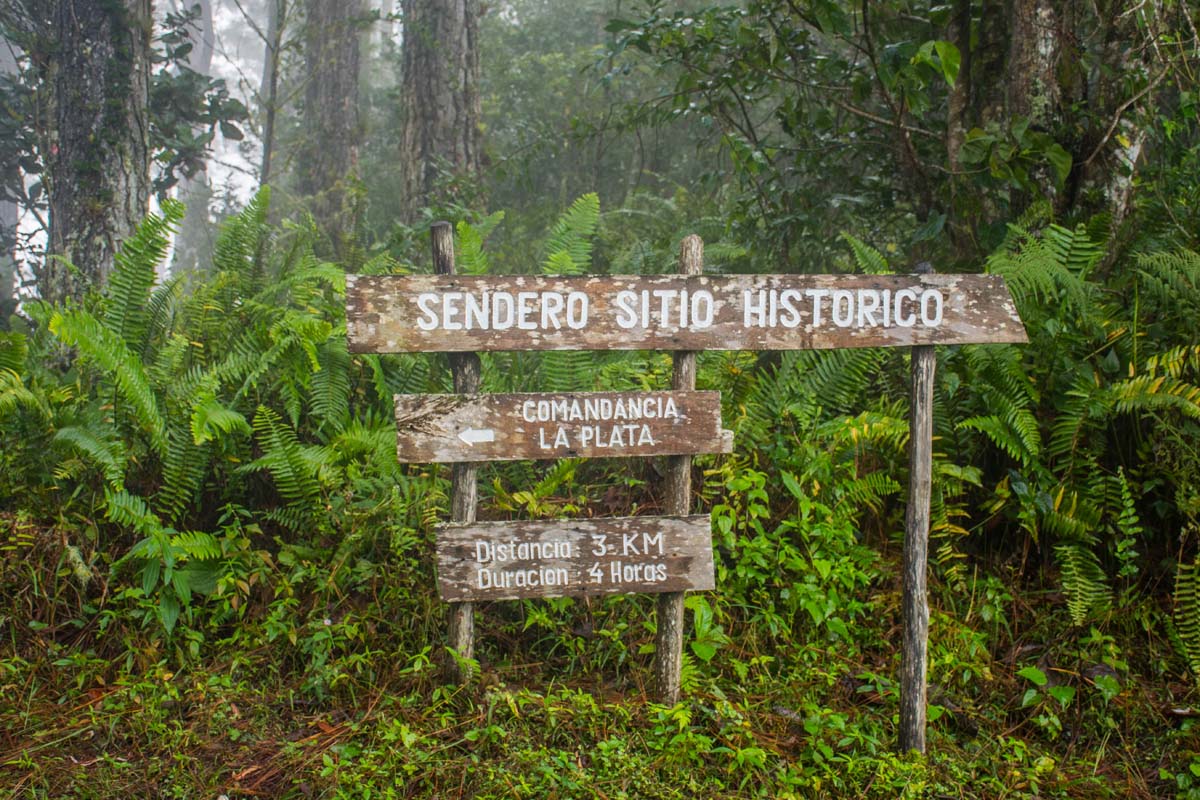 It had rained heavily all night, and it didn’t look like the rain would stop anytime soon. In between two tropical showers, we quickly ran to the main cabin for breakfast, which comprised an omelet, bananas and crackers. As we finished eating, the sky slightly cleared up and we even spotted something blue above us. Julio, our new guide, took it as a divine sign and prompted us to get our stuff and go. 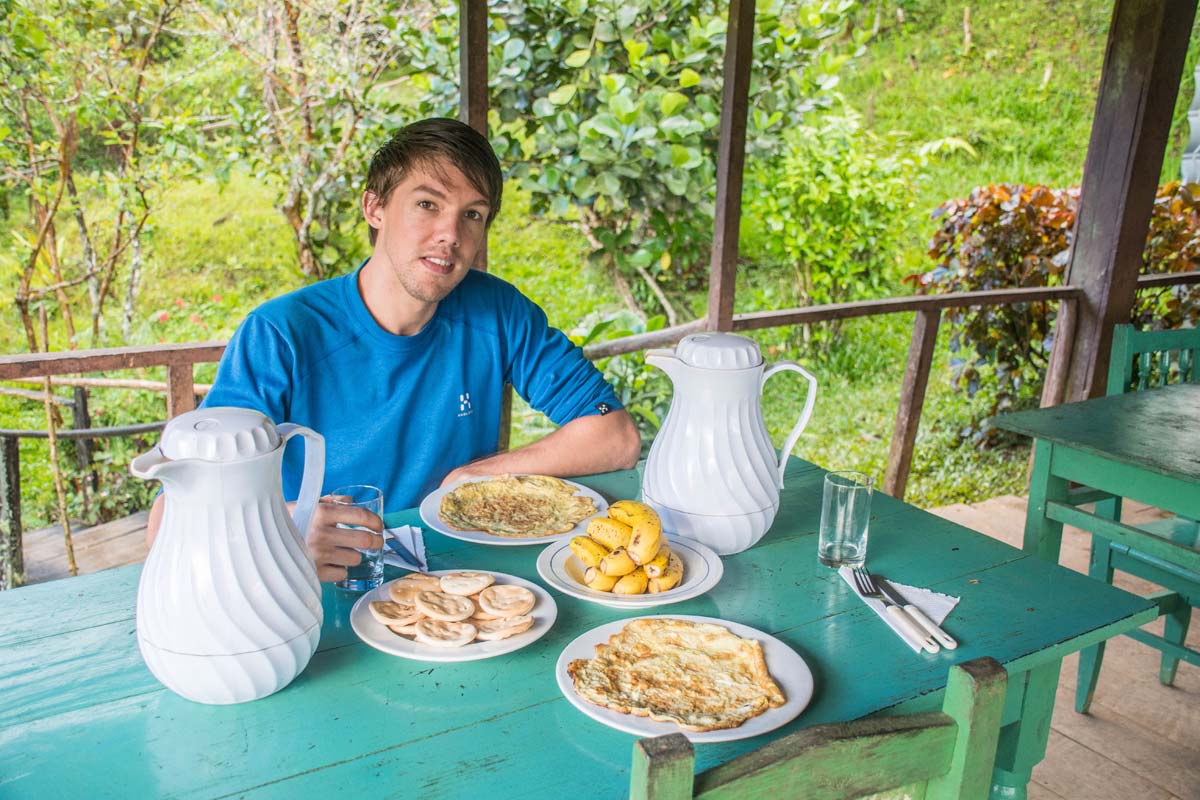 We had to climb a bit to get out of the valley, though not as much as we had the days before in the hike up to Pico Turquino. The trail soon leveled again, and a little later, we reached Alto de Naranja where we had started the hike on day 1. Instead of going left for Pico Turquino, we now turned right towards Comandancia de la Plata. The 3 km trail led mainly downwards and didn’t require much effort, apart from a few slippery boulders we had to surmount. 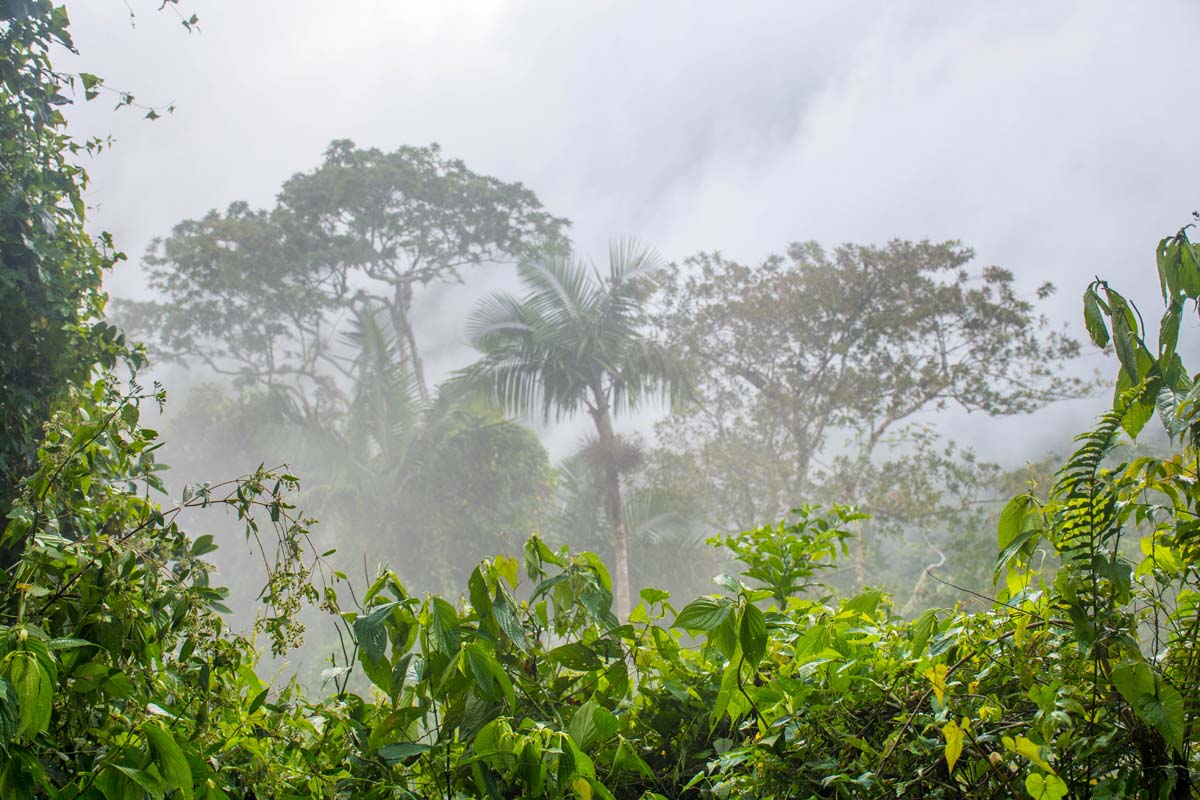 After half an hour, we arrived at Casa Medina, a house perched on a beautiful lookout point. During the revolution, this house was manned by a farmer who supplied the revolutionaries at Comandancia de la Plata with food and acted as a link to the outside world. Today, the farm functions as a checkpoint for Comandancia de la Plata. If you plan on taking photos, you’ll be charged 5 CUC, although you could try and avoid the fee by keeping your camera tucked away temporarily in your backpack.

From here, it was another 30 minutes along a short, but steep trail to the first cabin of Comandancia de la Plata. The guards manning this primitive shack controlled the access to the camp. Of the few visitors, most weren’t allowed in, their messages and supplies were merely relayed to keep the magnitude and location of the command post secret. In reality, Comandancia de la Plata comprises 15 ‘installations’, most of which are wooden cabins with varying functions. They stand at a certain distance from each other to prevent them from being destroyed all at once in the event of an aerial bombardment. 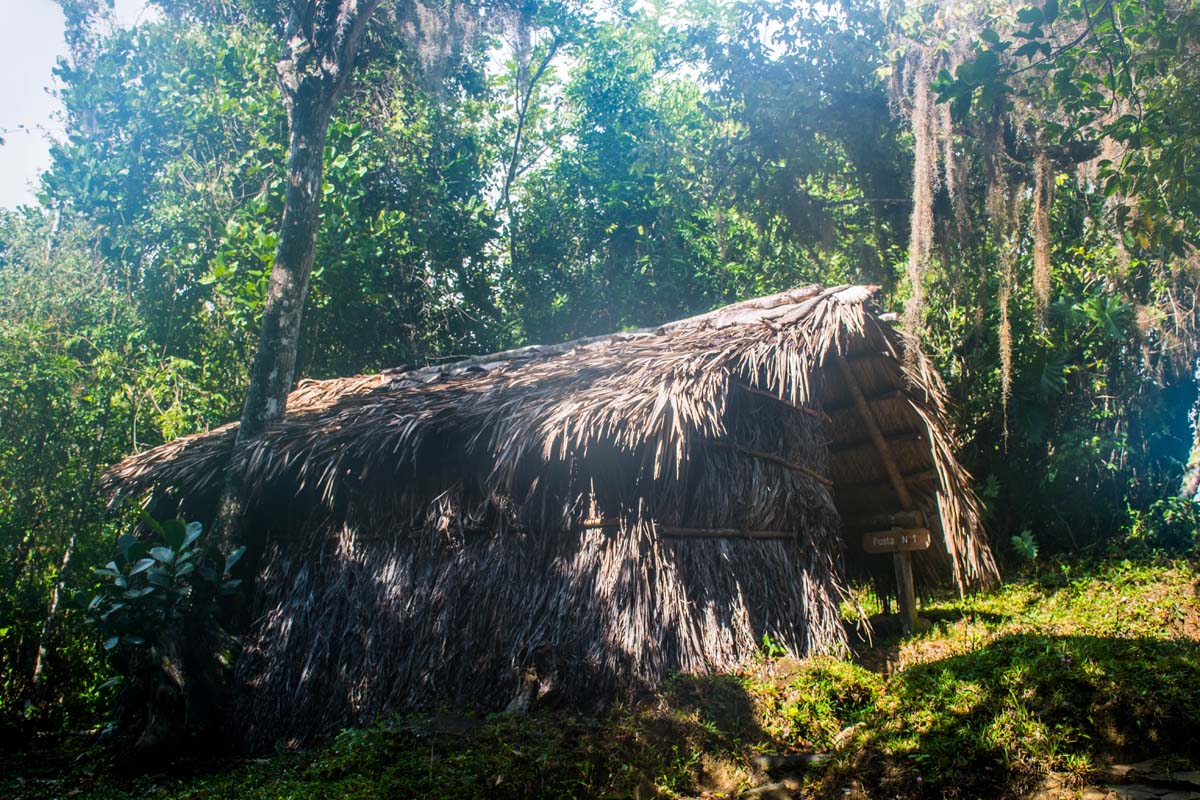 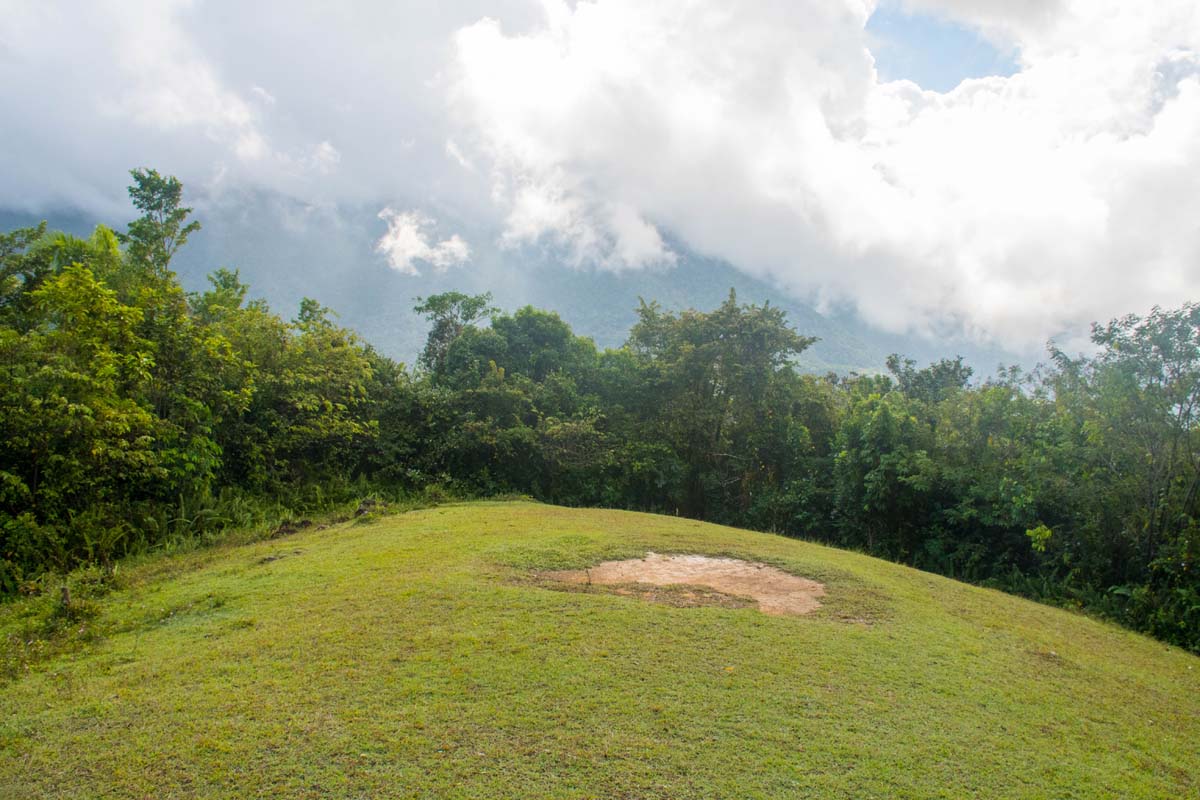 Up the hill from the checkpoint was an open grassy area, which was once covered in vegetation with a big tree in the middle. The area has been cleared to create a helipad, so that Fidel Castro could come and visit on the 50th anniversary of the Revolution.

On the edge of this area was a small museum and a grave of a rebel who fell in battle. The museum contained a big relief map of the area, photos, letters from Fidel and other items such as a sewing machine and medical supplies. There is no translation provided for the accompanying informative texts though. 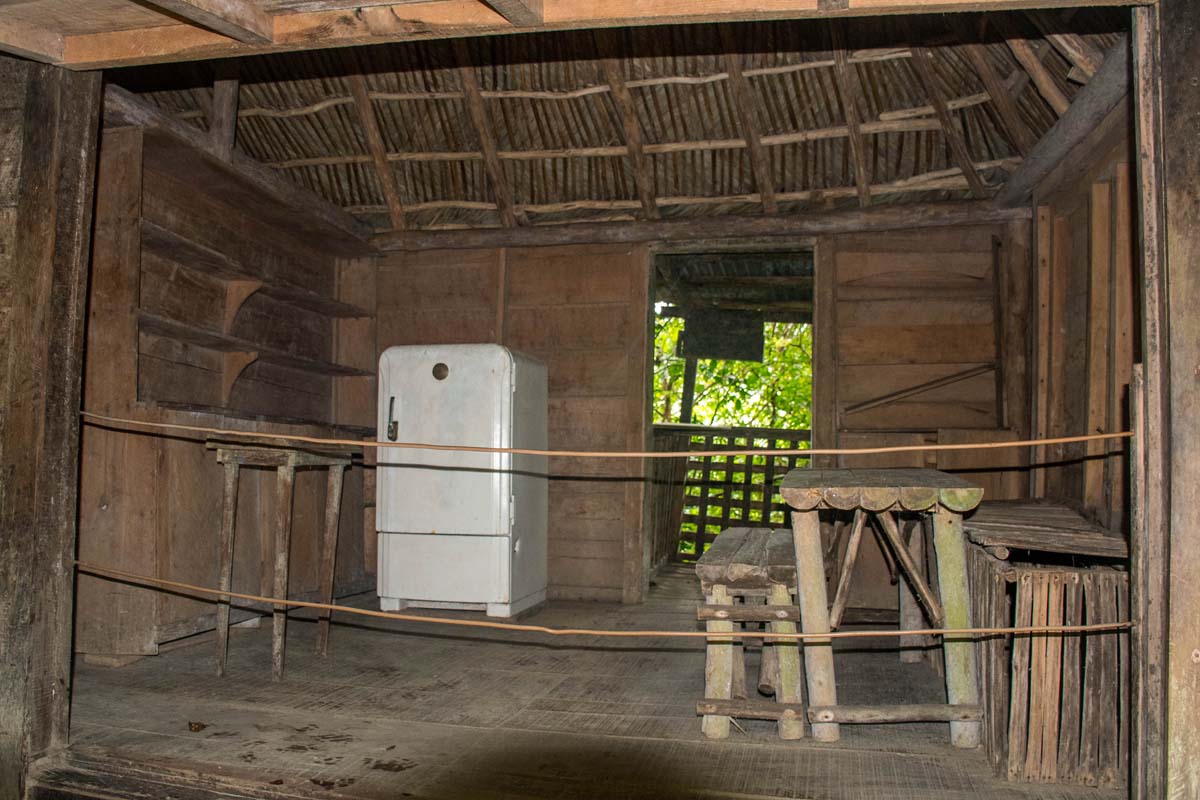 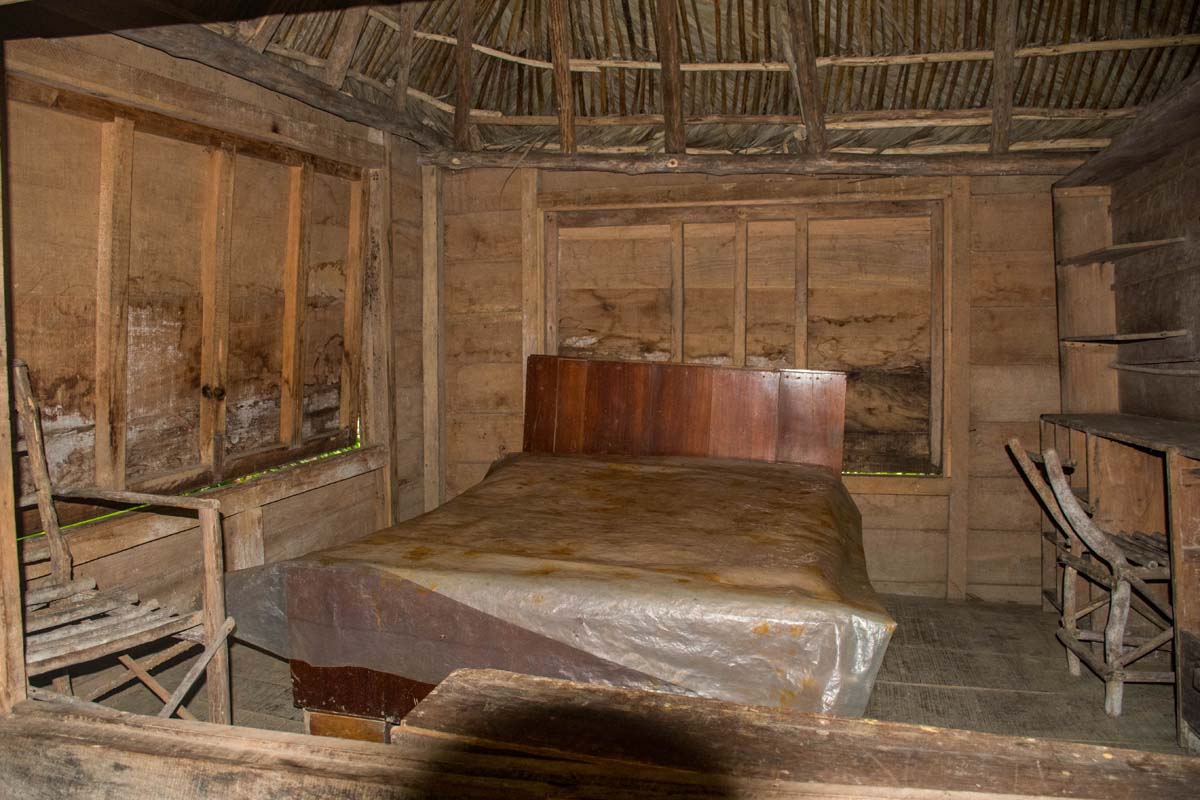 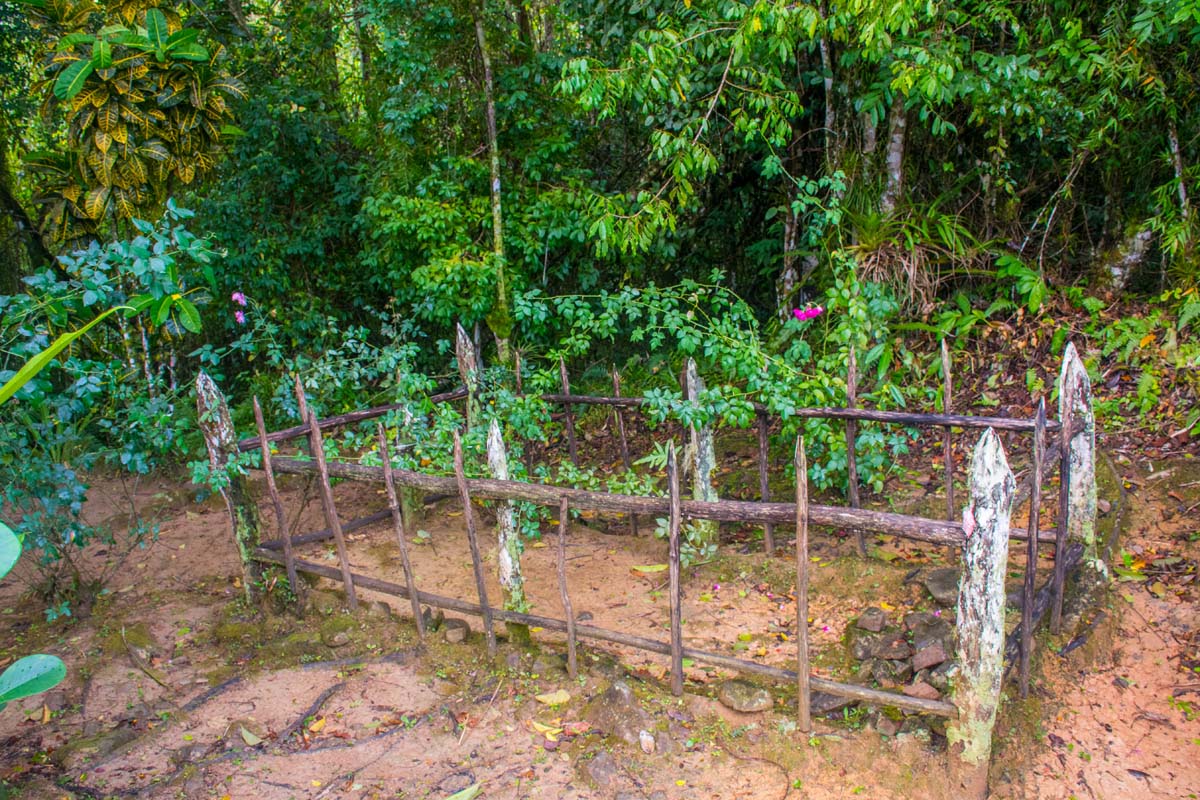 As we entered further into the camp, we passed by the ‘casa de la prensa’. Originally built as a house for Fidel, it was soon repurposed as a storeroom because it wasn’t hidden well enough. The name ‘casa de la prensa’ refers to the newsprint used to wrap the supplies. 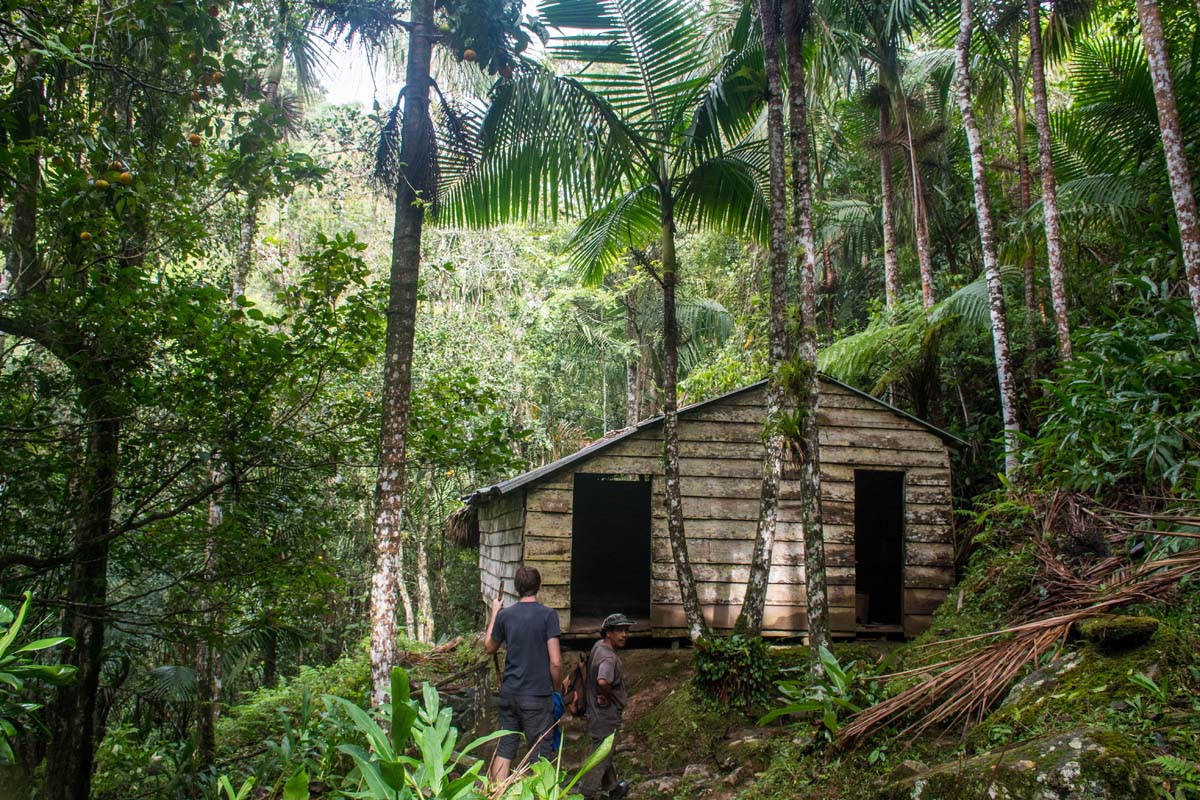 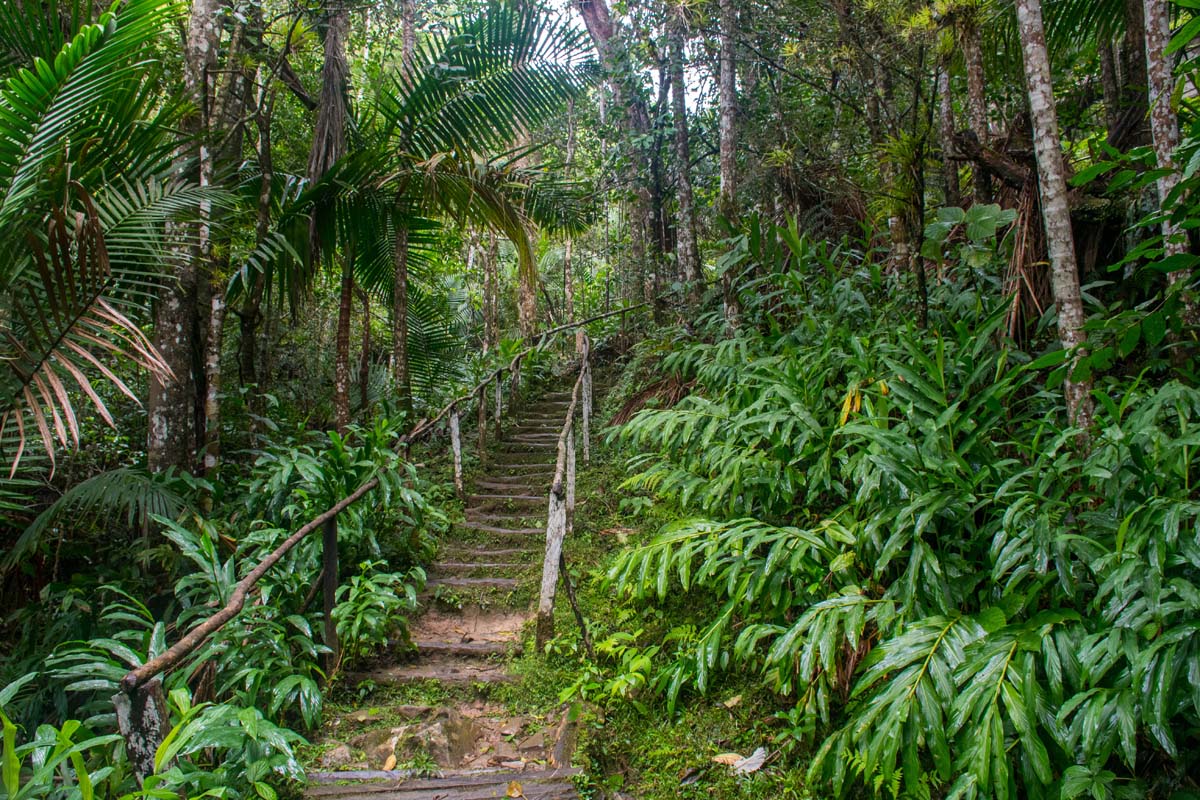 The next building was the kitchen where Fidel and the main officers gathered to eat and drink. It was conveniently located above the narrow path that led to the highlight of the camp, the cabin of Fidel Castro. The main room has a kerosene powered fridge which was used for medicines and food, whereas the adjoining bedroom doubles as an office. The two-room house has been carefully devised with seven different exit routes including a trap door, but no main door. One has to lift up the entire sidewall vertically to enter. Fidel was prepared for the worst, and quite rightly so, since Batista’s troops were on a mission code-named 'Plan FF' (Fin de Fidel). 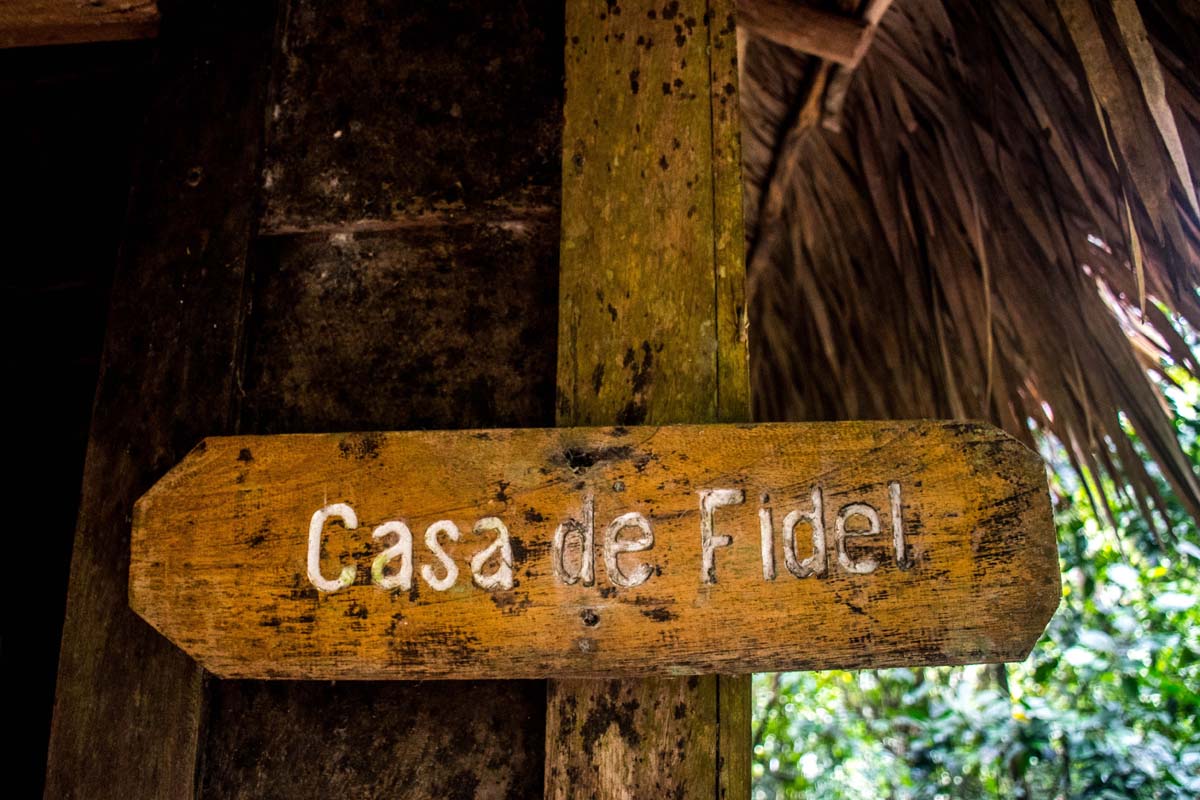 When it started raining again, we ran towards the next cabin for shelter. Inside of this bare, wooden shack, the ANAP (the National Association of Small Farmers) gathered for meetings. Looking up, we realized the dark clouds wouldn’t go away soon. Although we had only seen 8 of the 15 ‘installations’ of Comandancia de la Plata, we didn’t look forward to getting soaked, so we followed our guide who was anxious to get back. Although I didn’t mind missing out on more cabins similar to those we had already visited, I was curious about the antenna on top of a nearby peak. It was used by Che Guevara to broadcast ‘Radio Rebelde’ to the people of Cuba.

End of the three-day hike

Around noon, we were back at Alto de Naranja. Not much later, a taxi showed up to take us back to Santo Domingo. Through the rear-window we looked back on the beautiful Sierra Maestra mountain range. The sky was so bright and blue now that it was hard to believe it had been raining that much in the past few days. After bypassing a roadblock organized by a group of sunbathing goats, we made it back to the village of Santo Domingo. 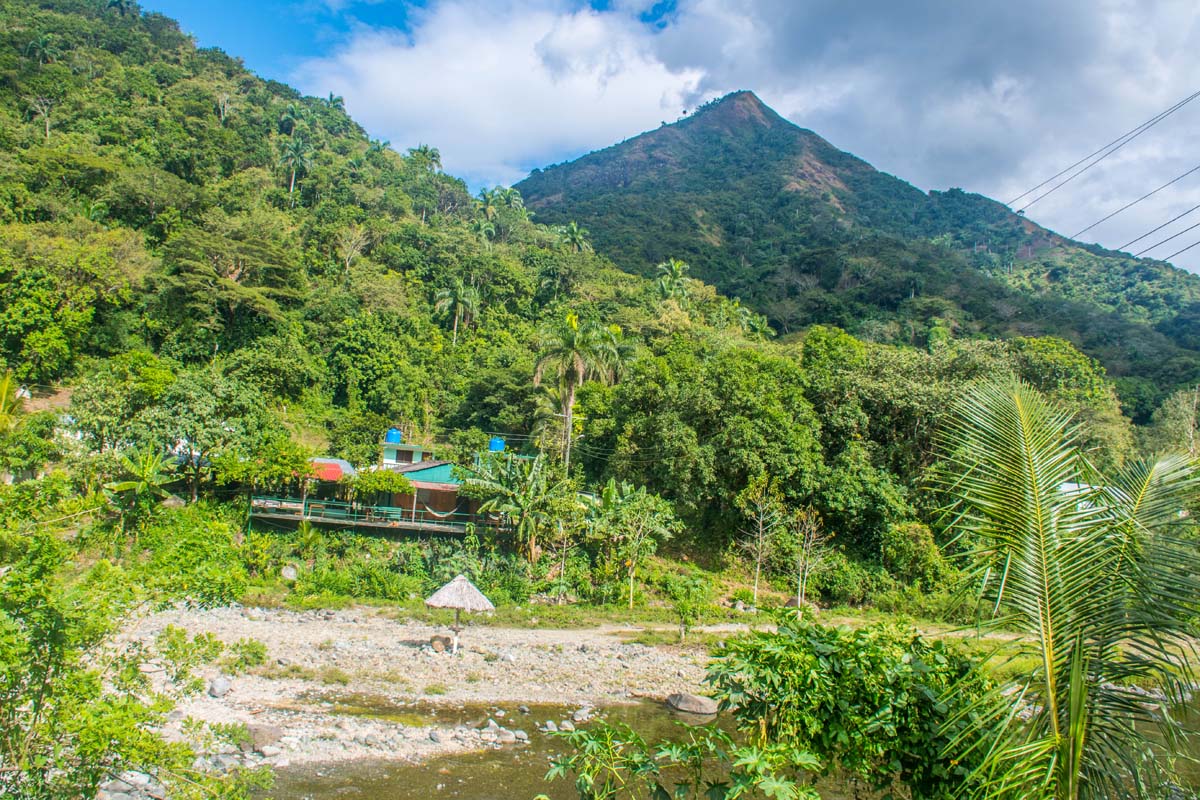 We were welcomed back with good news: A hot meal was waiting for us in the restaurant of Casa Sierra Maestra, situated on the other side of the river. On top of that we could take a much-needed shower in one of their vacant rooms. When we were all nice and clean again, we installed on the beautiful terrace of the restaurant for a delicious meal consisting of soup with beans, grilled fish with, bread (yes, in Cuba, that’s worth a mention), fresh juice and fried bananas. The view was nice and we could’ve stayed for a few hours longer, marveling at the mountain range in the distance. 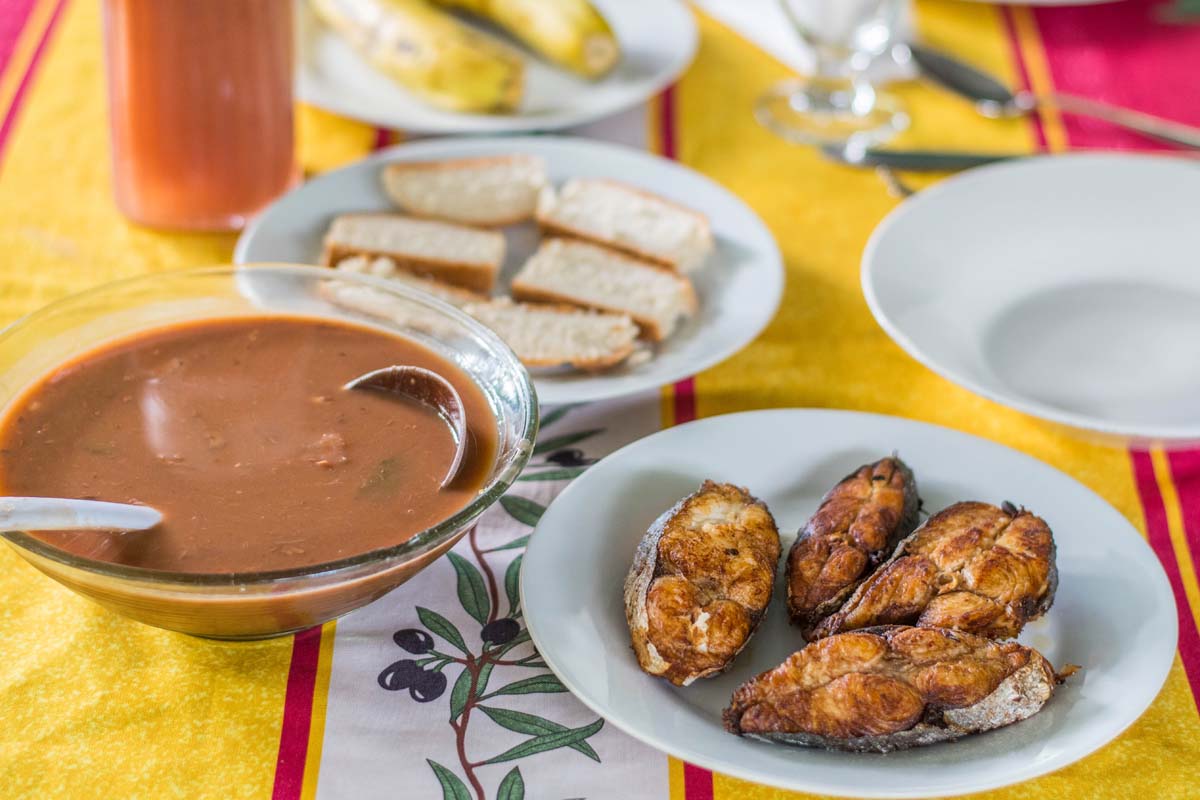 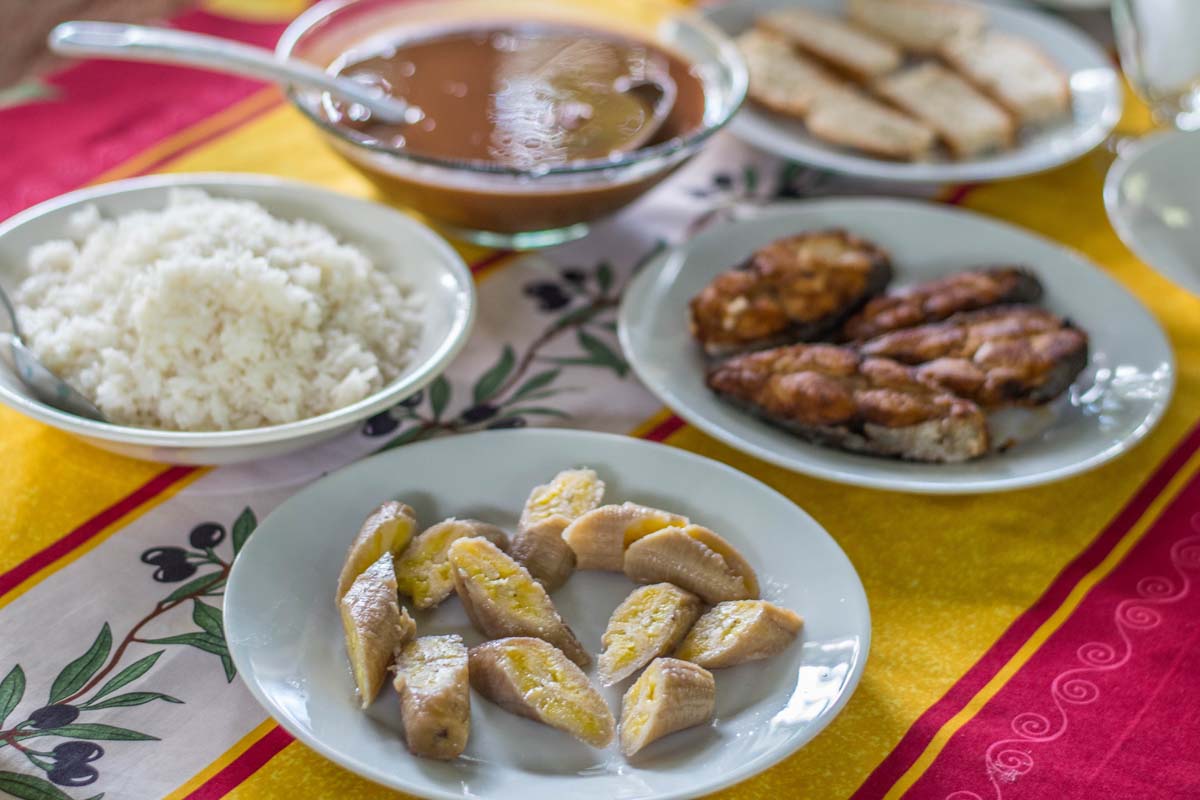 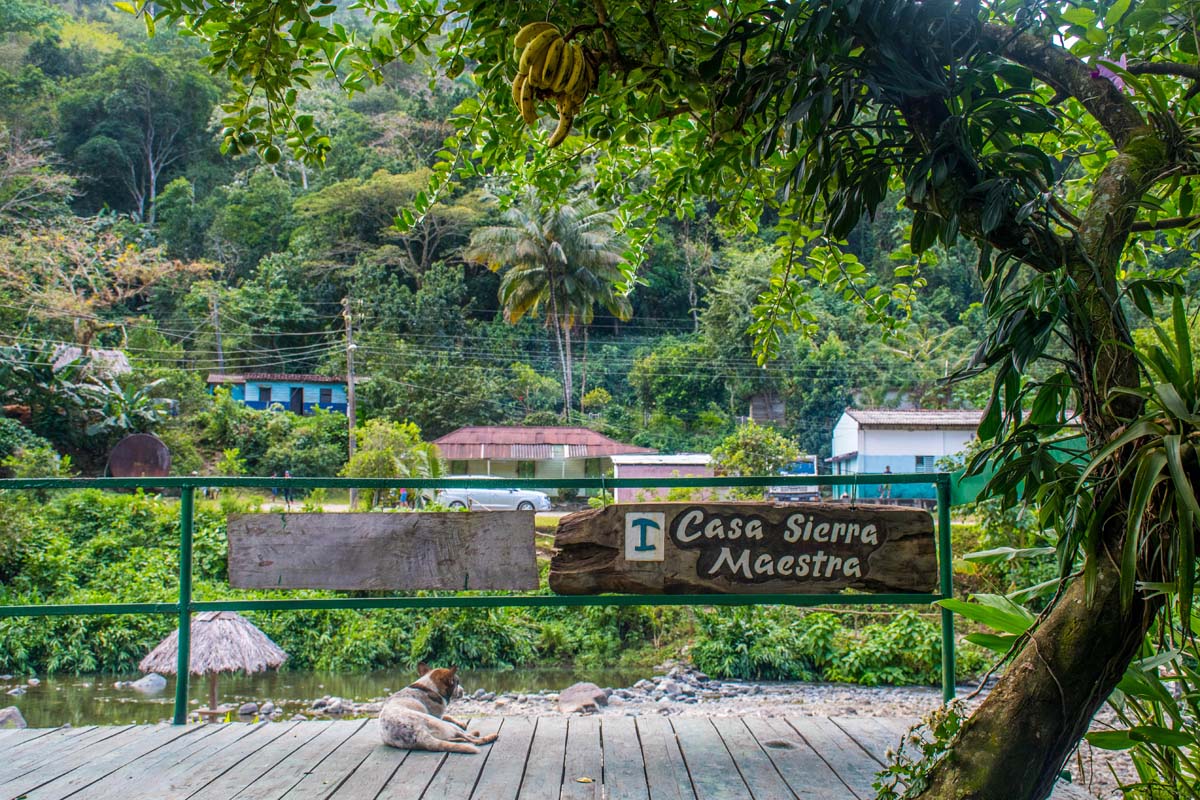 When a taxi arrived on the other side of the river, we knew it was time for us to go. We looked back one last time and departed in a modern, airconditioned car to Bayamo, the next leg in our Cuba roundtrip.