A Modern Tour through Trinidad

Everything Brussels Travel Caribbean Cuba A Modern Tour through Trinidad

A Modern Tour through Trinidad

After exploring the lovely city center of Trinidad by ourselves, we were looking forward to the guided walk that had been arranged for us via Casa de Norge . Our Cuban guide led us away from the beaten path to show us her ‘real Cuba’. 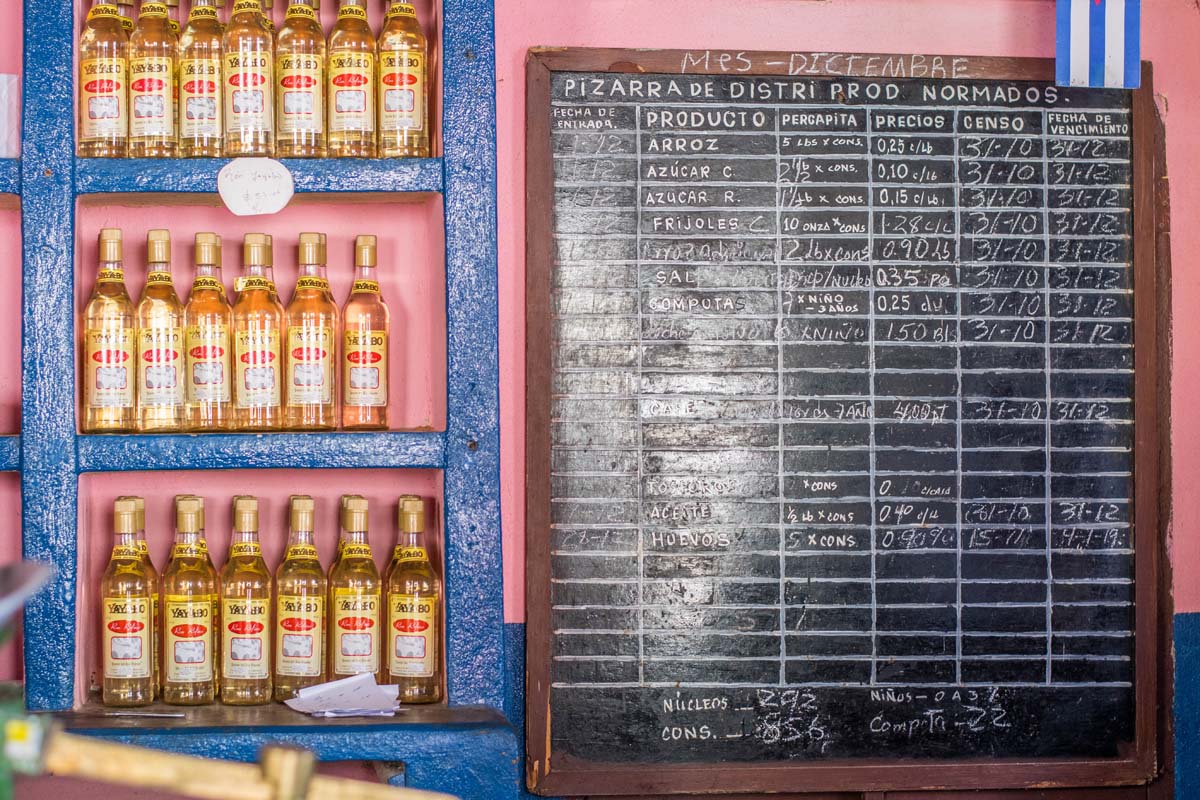 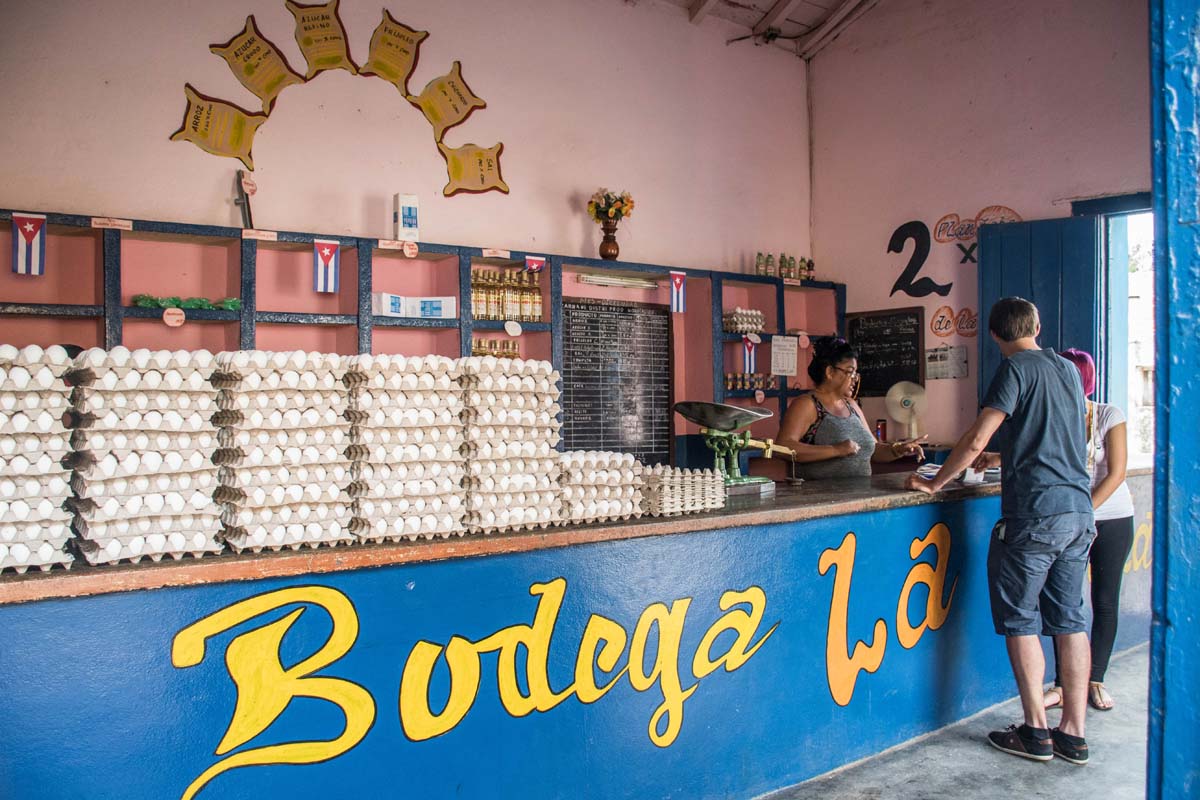 We started walking away from our guesthouse in the opposite direction of the center and stopped a little further at a small state-run shop. Here, Cubans can buy food using a ration card issued by the government. It entitles them to a bread roll a day, 7 eggs a months, a certain amount sugar and rice, milk for the small kids, yoghurt for the elder ones… Originally, the intent was that this ‘free food’ would fully provide in the alimentary needs of Cuban people. The reality nowadays is that the food rations suffices for about five days, and that they still need to buy (expensive) food for the rest of the month. 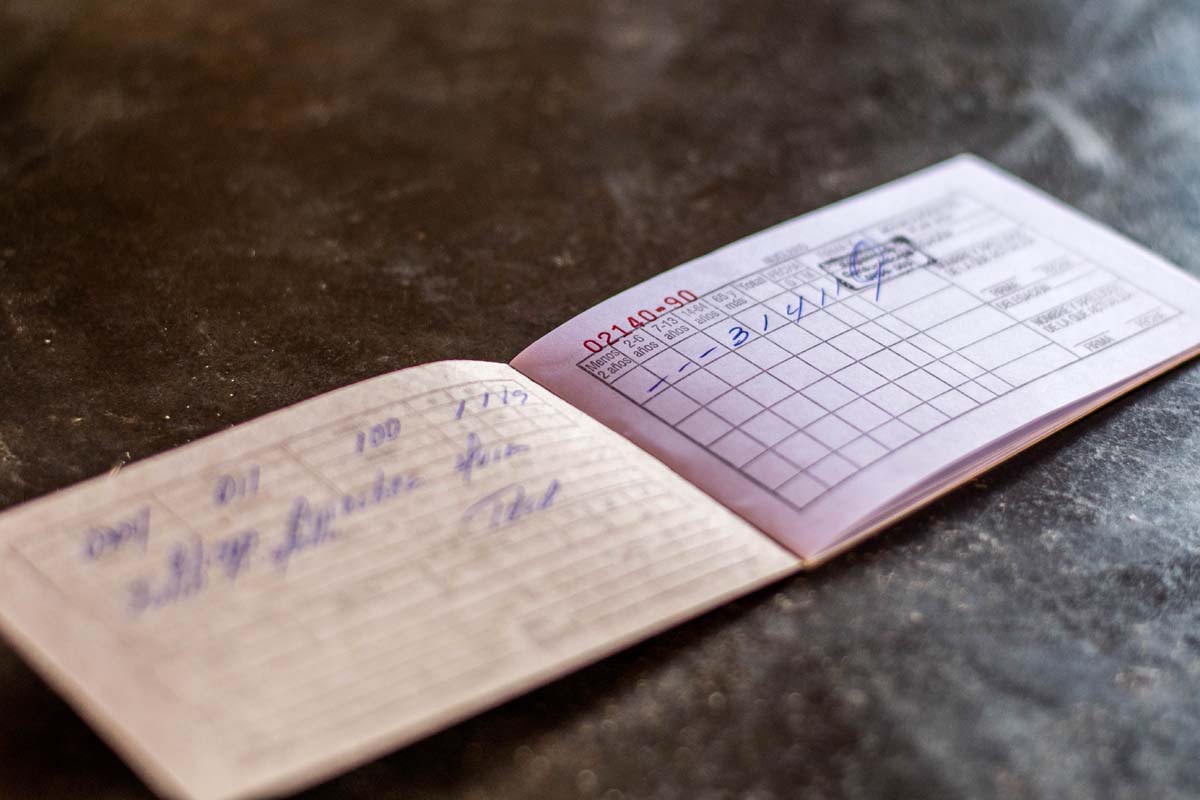 We received one of those (finished) ration cards as a souvenir.

A few houses further down the street was a very small shop with a large ton of milk, and yoghurt. Here, also, people can use their ration cards, but only provided they can prove that they have small kids. Otherwise, they have to buy milk in a general store for 2 CUC a bottle (which is expensive even for us!) 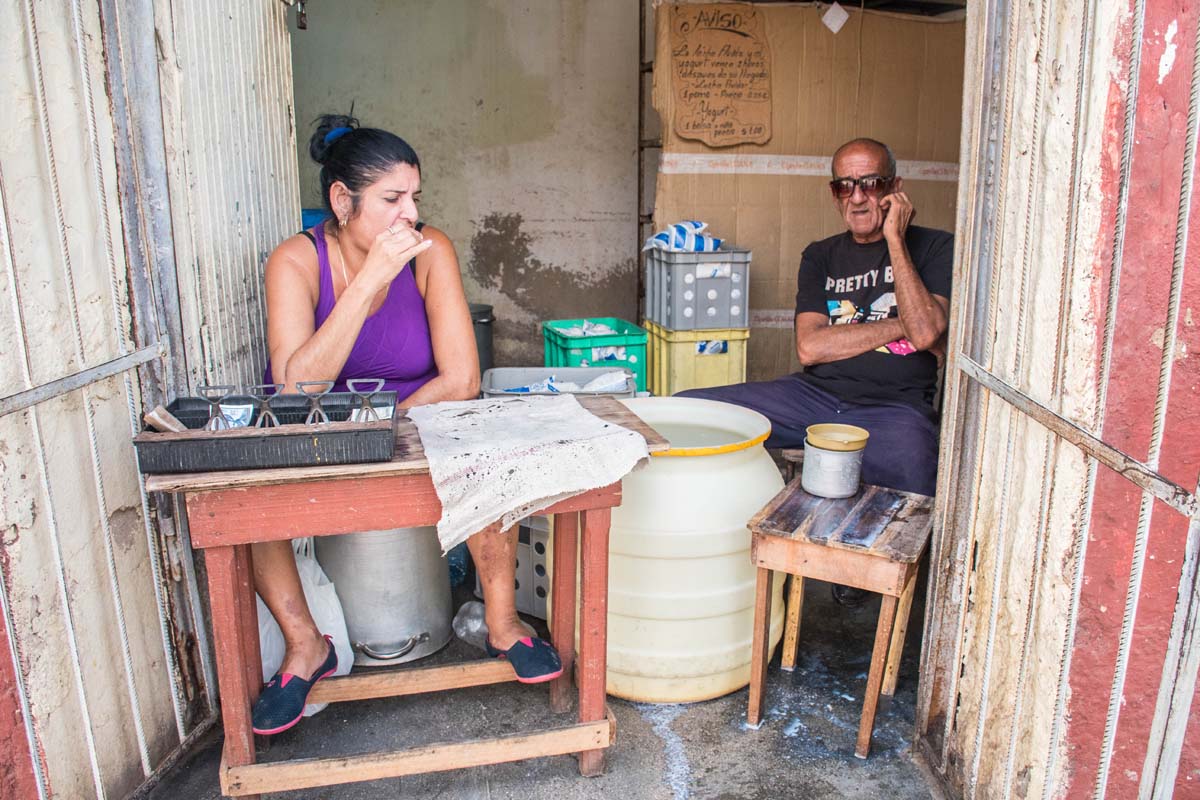 As we walked on and got closer to the weekly vegetable market, the streets became busier and busier. Looking at the stalls, we didn’t get why the masses flocked here, as every stall was selling more or less the same: familiar suspects such as tomatoes, cabbage, tomatoes and (enormous) avocados along with lesser-known produce such as boniato, yucca and malaga. Our guide explained the state-run market was so crowded because fruit and vegetables were nowhere as cheap as here. 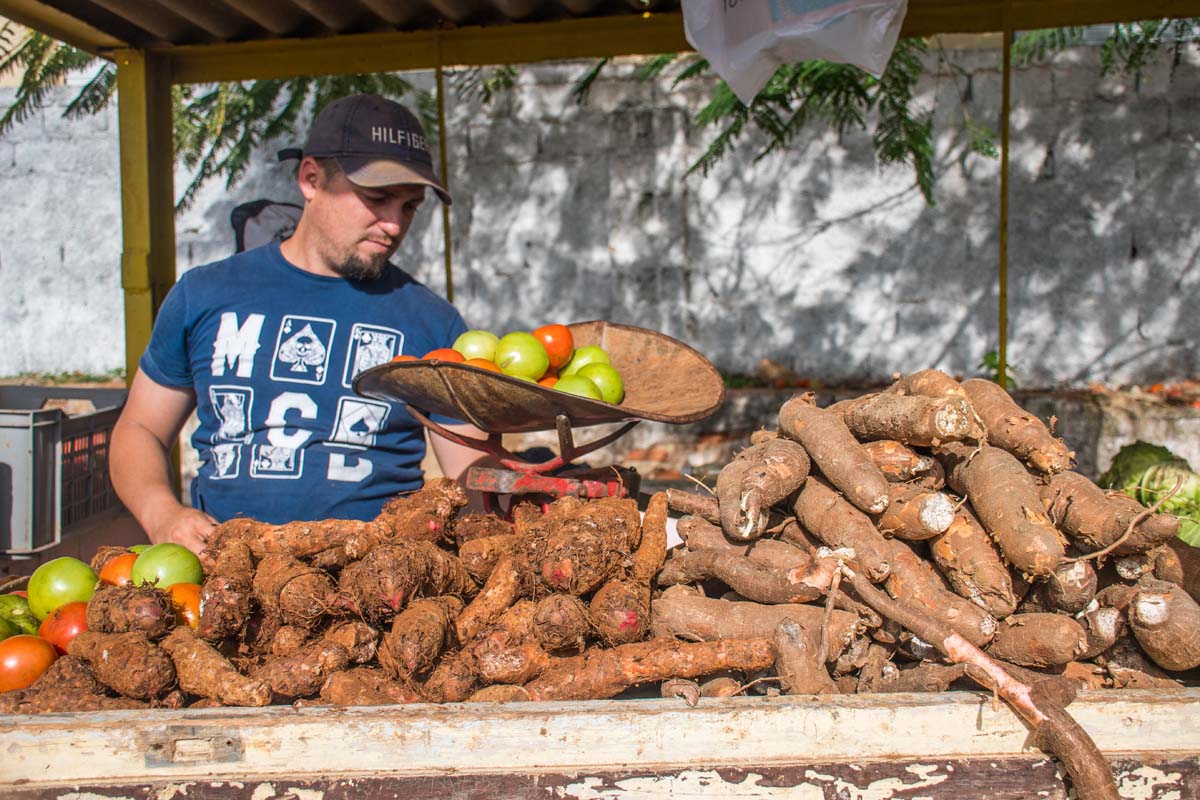 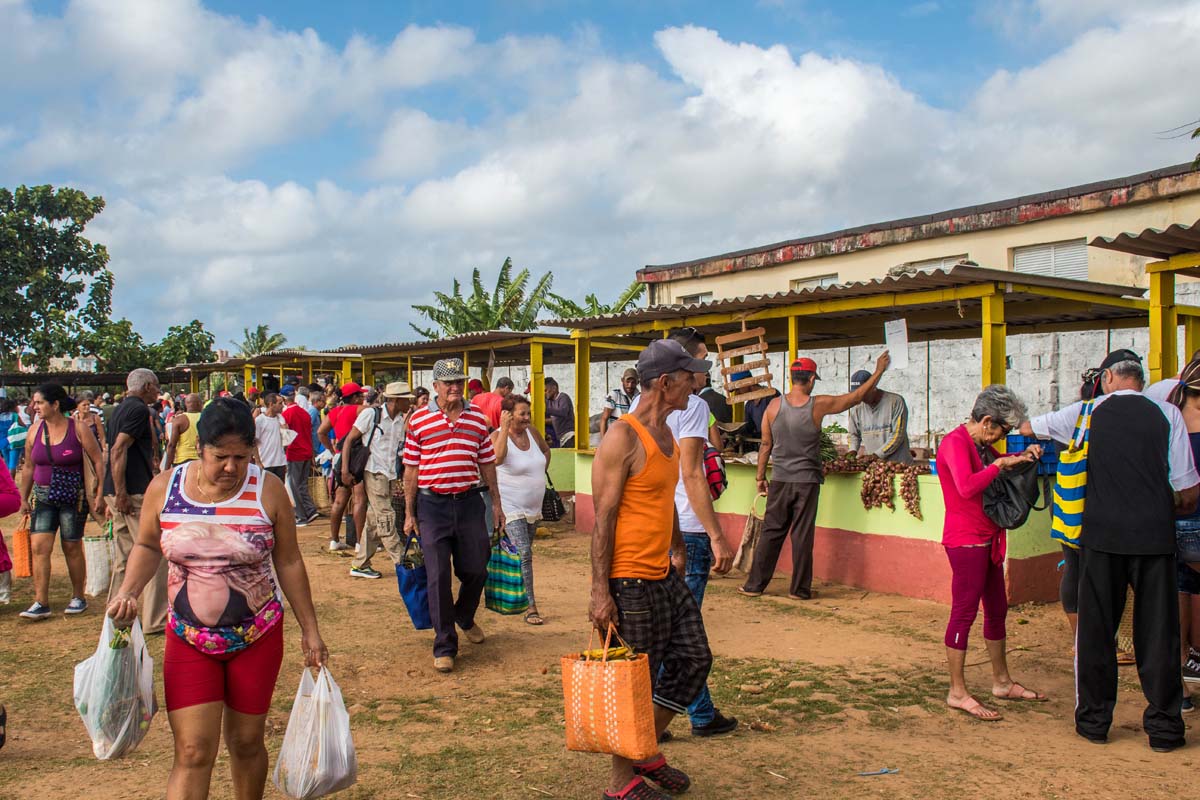 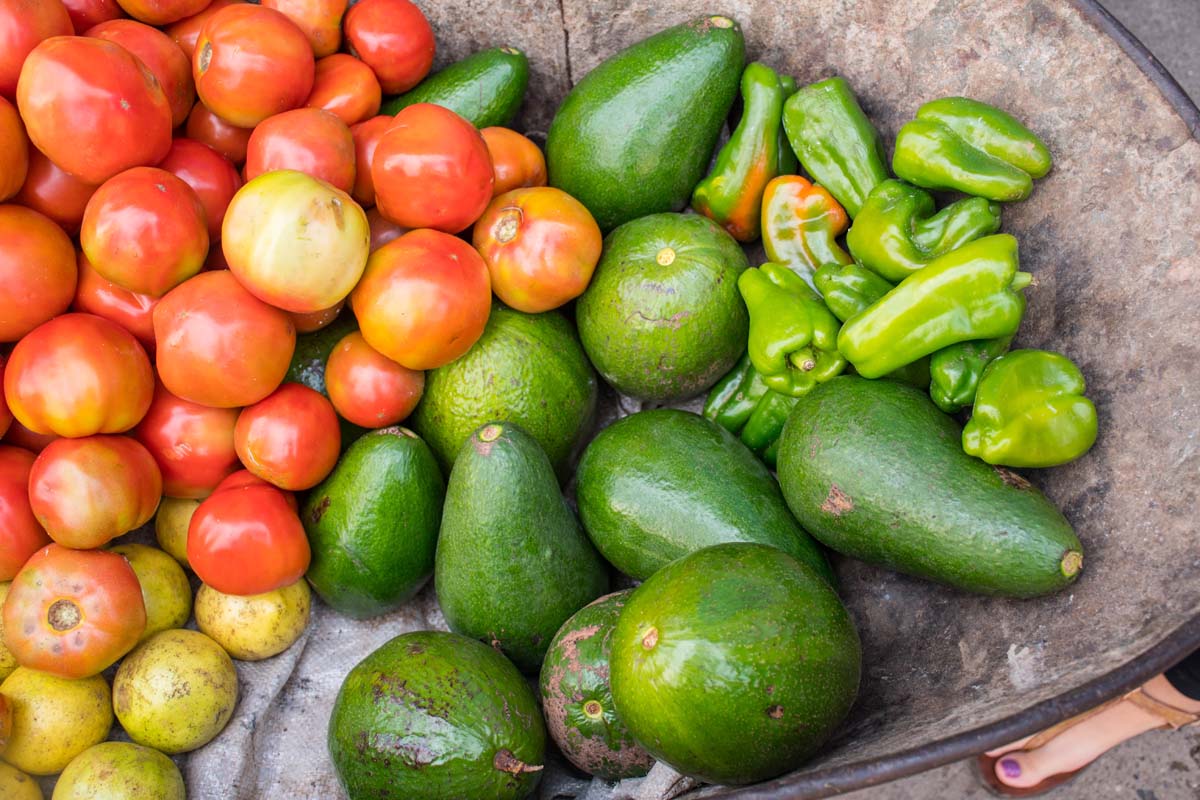 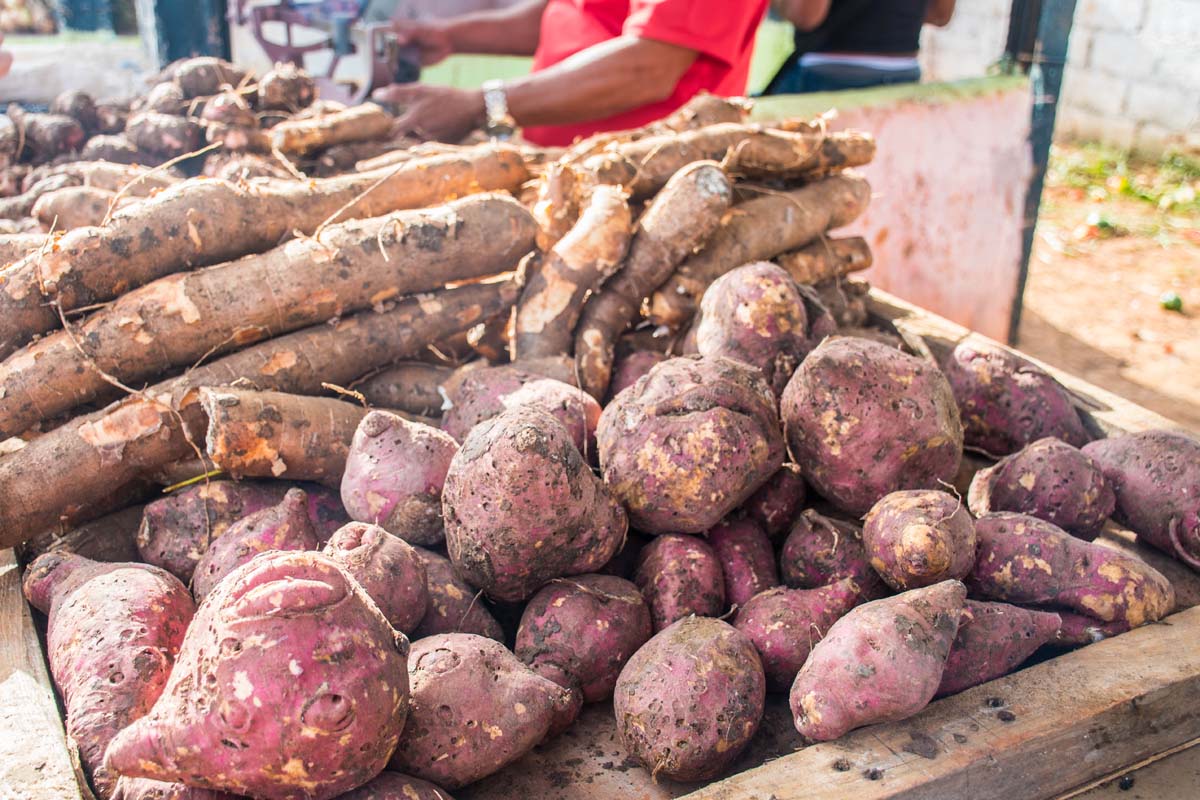 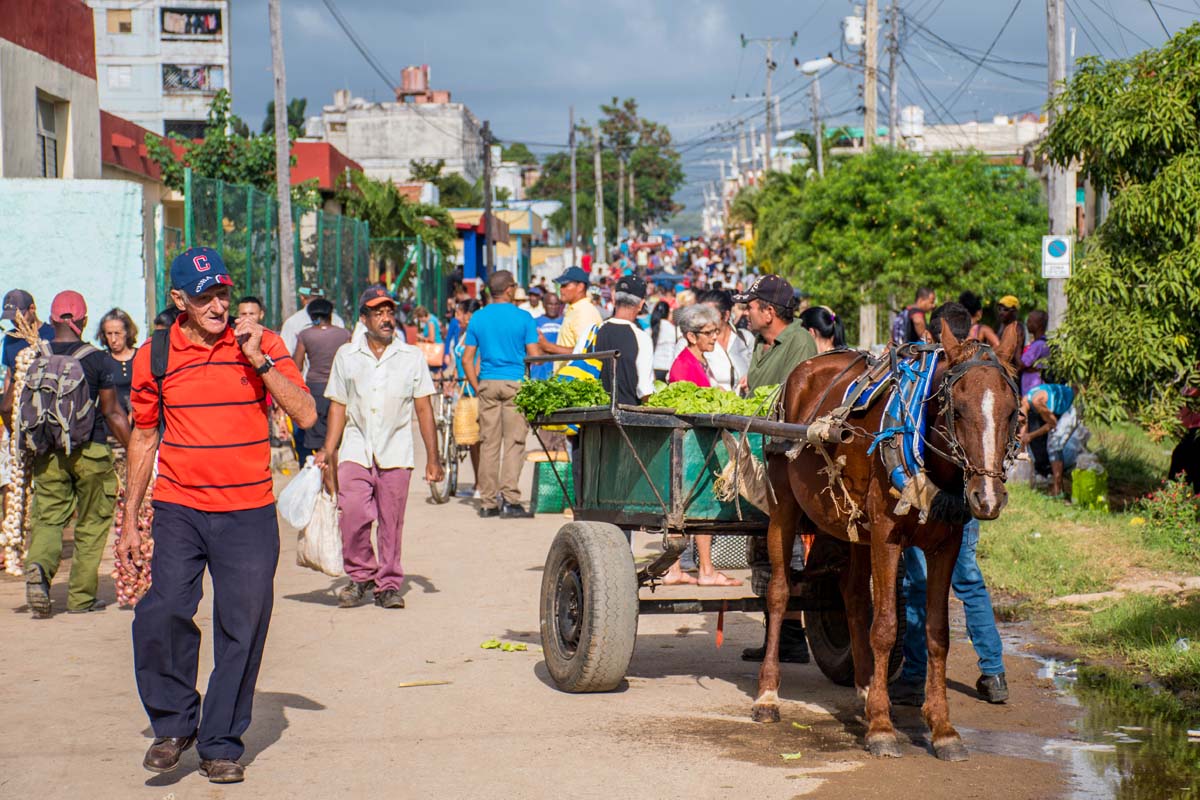 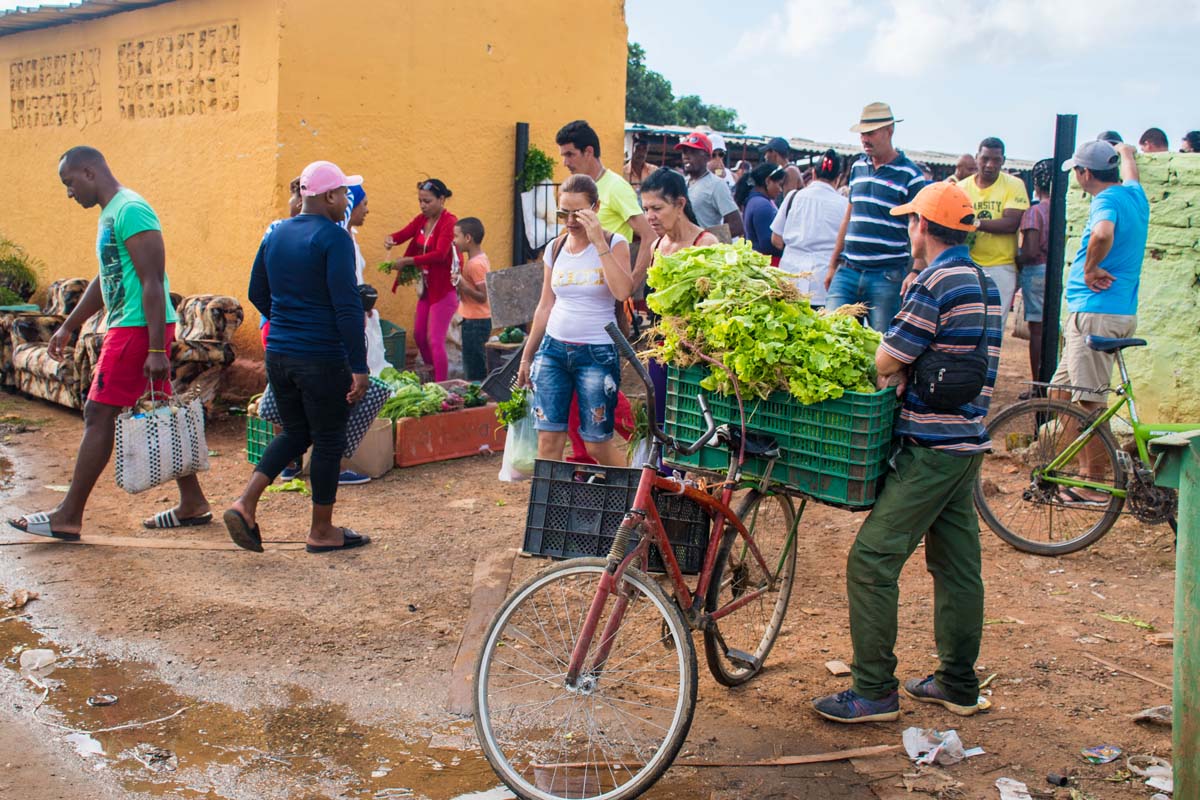 While we were on the subject, we went on about the limited selection of food available in Cuba. Despite being on an island, it is relatively hard to find fish in local restaurants. Apparently, most fish is kept for tourists. As we followed our guide into a shop that she nicknamed ‘the museum’, she went straight its masterpiece: in an otherwise empty freezer lay one giant fish priced at 57 CUC. For Cubans, this is way too expensive, so generally Cubans only come in here to look at it, hence the shop’s nickname. 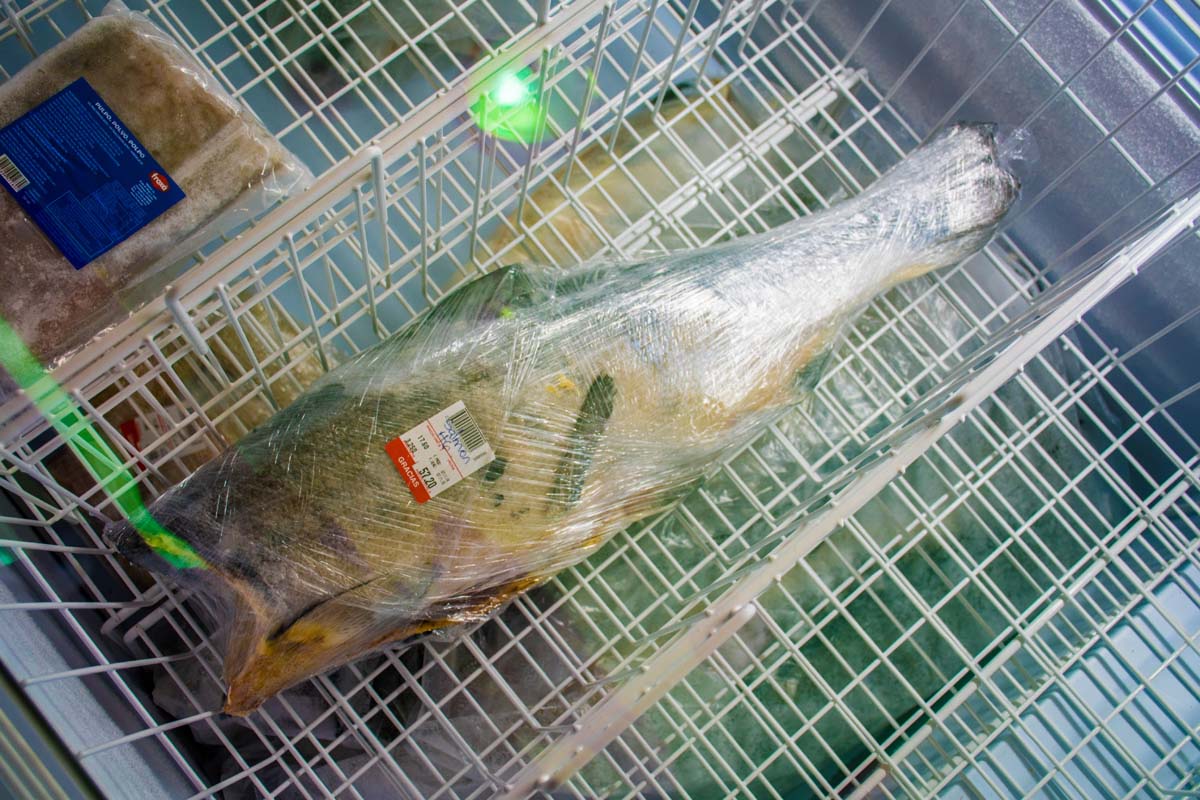 No fish on the menu for Cubans, and no beef either. For a reason still unknown to me, Cuban laws forbid the killing of cows for consumption. Nevertheless, you might be able to find beef on the menu in some restaurants, which most likely means they’ve purchased the meat on the black market or from a government source.

As we passed along La Redacción, our guide’s favourite restaurant, she suggested we hopped in. The restaurant has some sculptured plates on display that represent different aspects of Cuban society, such as Cuban sexuality, work life, society gaps… Apart from the art, the restaurant has another remarkable feature. Its giant bathroom. 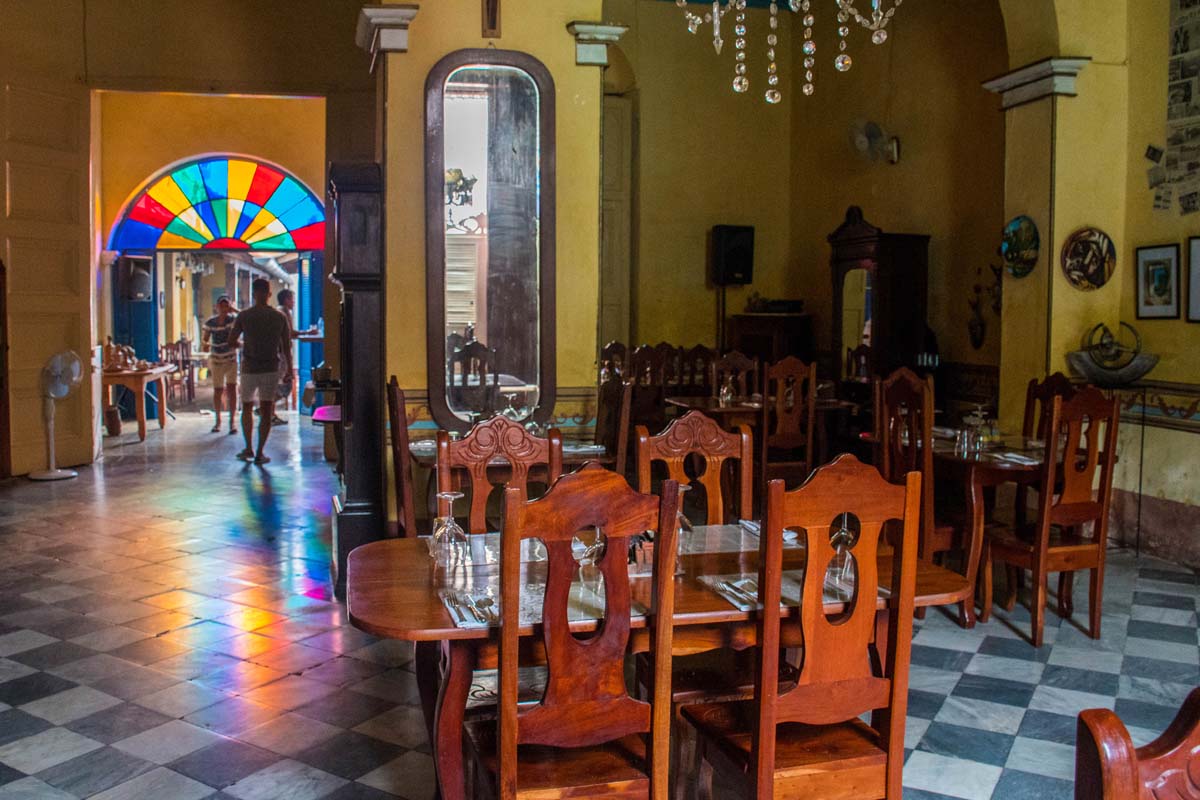 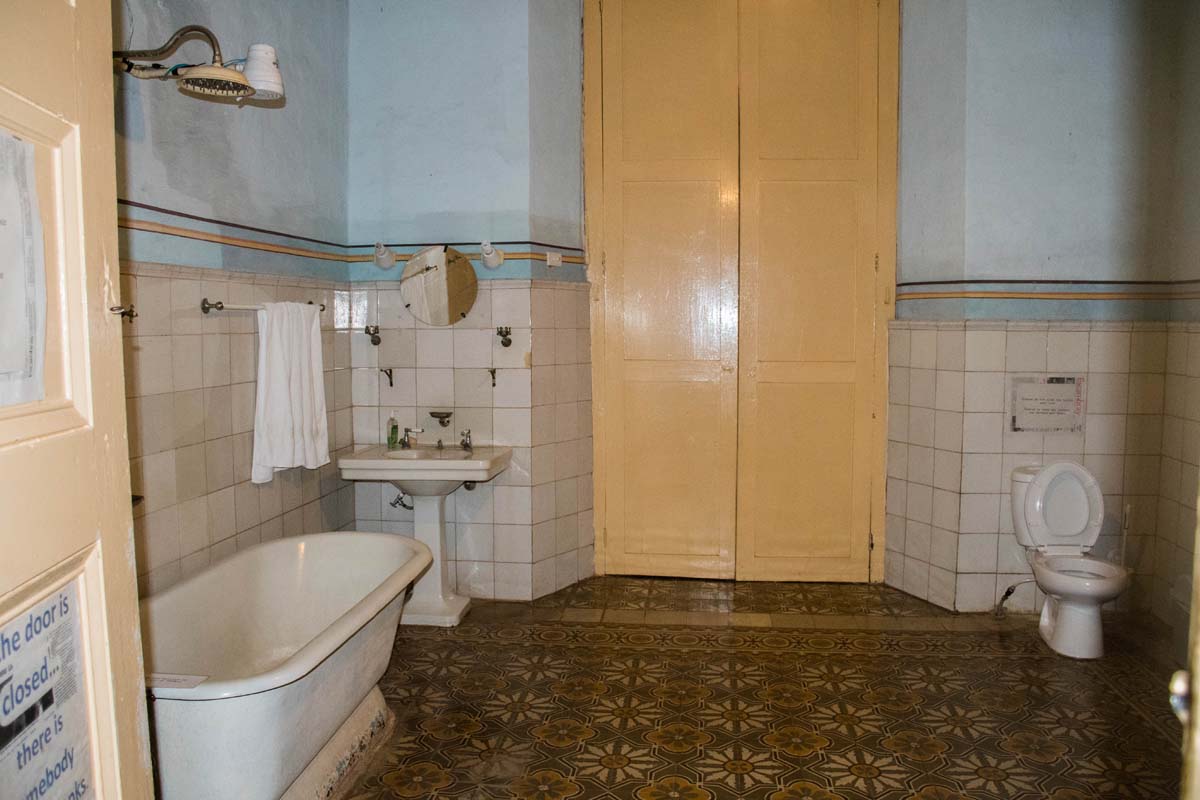 As we walked on, we passed by the house of the 71-year old Xiamara, who invited us in. Having worked as a professor for years, today she dedicates her life to dancing, drinking and smoking. Very Cuban, right? She lived alone in a big house with a high ceiling and bare walls. Apart from a rocking chair and a small side-table on which she kept her cigarettes, the first room was entirely empty. Behind it was the bedroom with a small bed in an oversized room. The kitchen then had some basic equipment and offered a view on the small garden enclosed by high walls. It wasn’t precisely what I would call a welcoming setting, but Xiamara was proud of her house. She said that when she deceases, she’d donate the house to a local school. 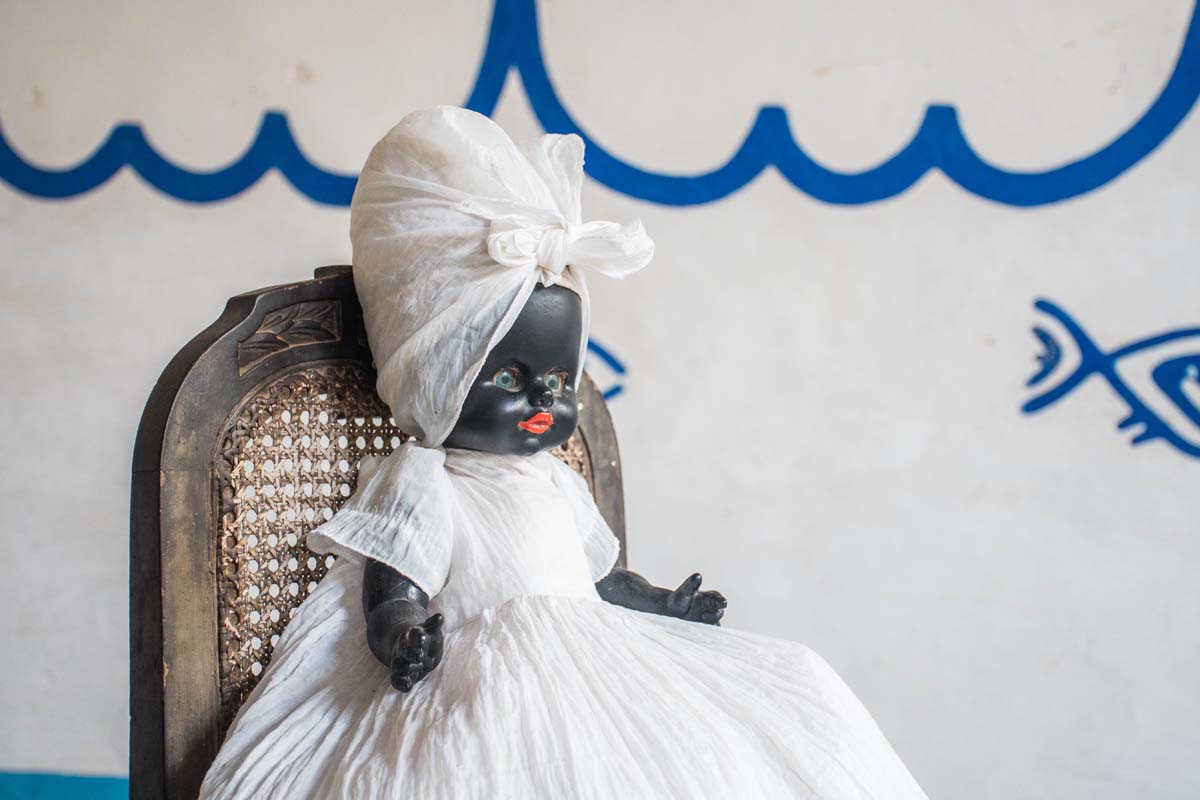 The last stop of our ‘modern tour’ was the Casa Templo de Santería Yemayá, where a black doll in a long white lace dress sat upon a low stool in a bare room. It was the guardian of the temple of Yemayá. We walked through the entrance towards the shrine in the next room where the Goddess stood on an elevated pedestal overseeing the devotions of her followers. 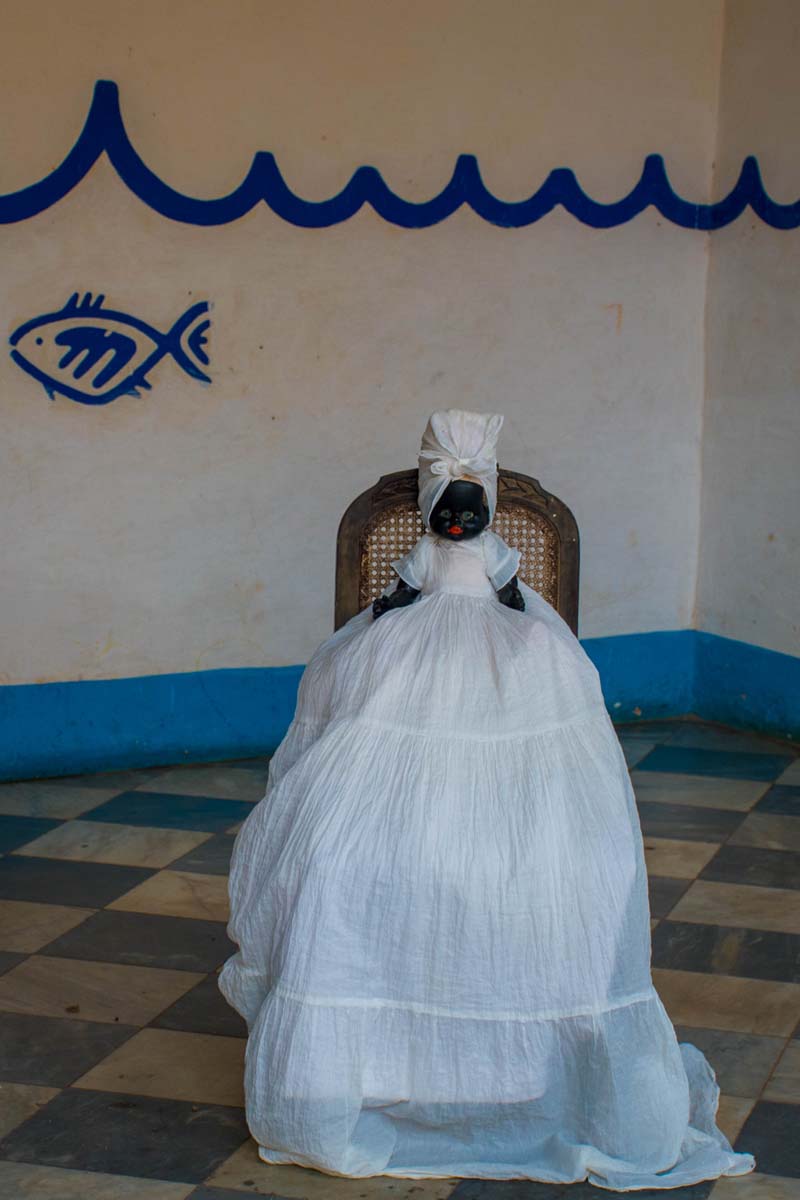 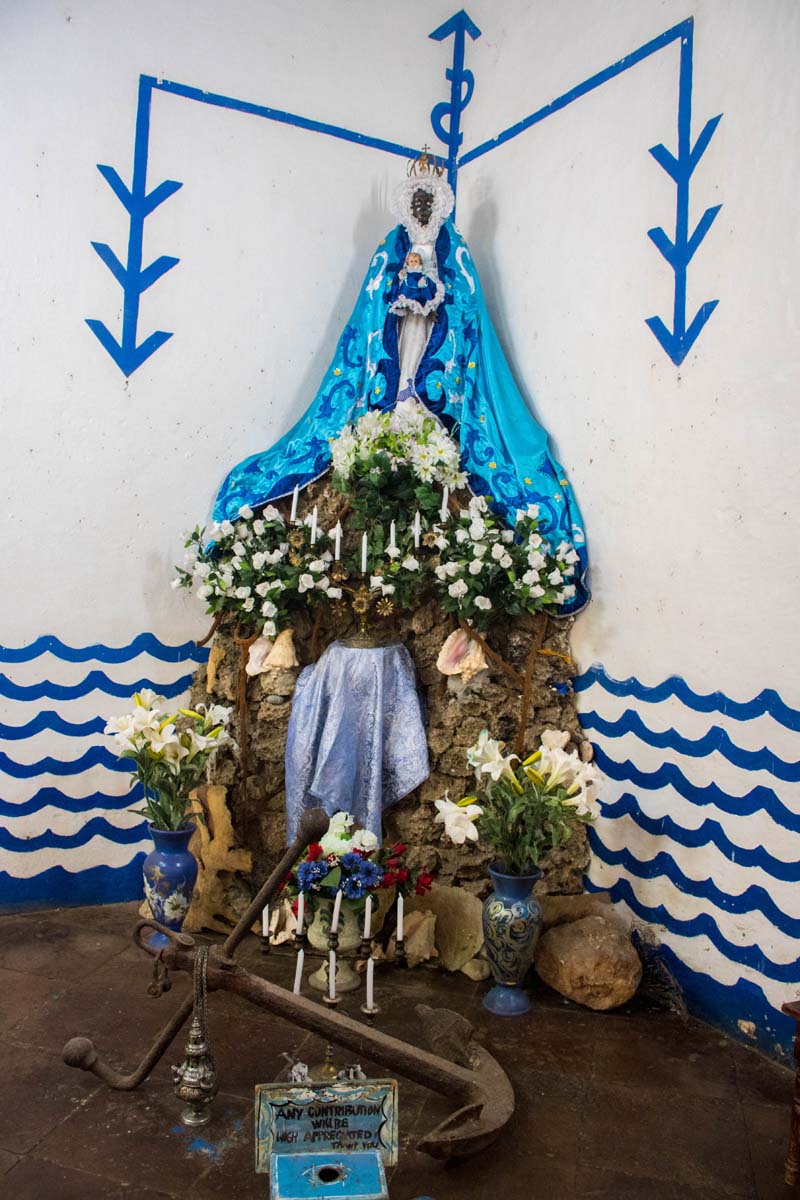 Also practiced by our guide, the Santería religion of African origins is wide-spread in Cuba. Followers believe our ancestors have passed into the spirit world and become nature spirits called Orisha’s. In a similar way as Christians are baptized, practitioners receive a necklace that has been dipped in the blood of a sacrificed animal. (They’re not supposed to wash it afterwards.) Each practitioner is assigned to a nature spirit and performs rituals to climb up in religious ranks. Yemayá is one of the most powerful Orisha’s ruling over the waters of earth. 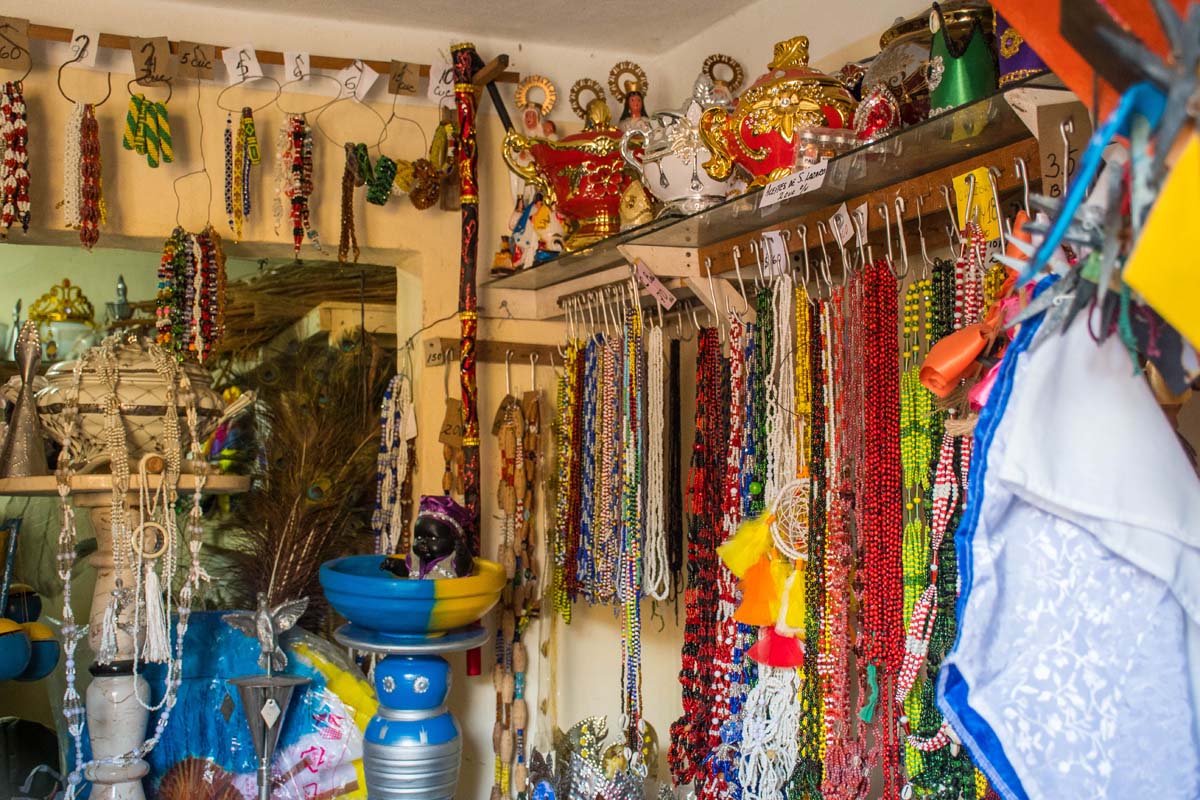 Santería sounded like a fascinating religion with lots of rituals. Our guide also explained how every morning she tapped on a ceramic bowl to wake up her Orisha for luck, and how dedicated believers engage in wearing white and staying out of the sun for an entire year to ascend in the religious hierarchy. We engaged in a discussion about her religion and it was super interesting to learn about her views on the world.

All in all, we were very happy to have joined this 'modern tour'. Especially in a city like Trinidad where the city center lost some of its authenticity because of tourism, it is interesting to get a glimpse of local life through the eyes of a young Cuban. Our guide had taken us to places that we wouldn’t have discovered by ourselves, and possibly the most interesting part were the open dialogues we had with her, which enabled us to discuss all those fascinating aspects of Cuban culture. 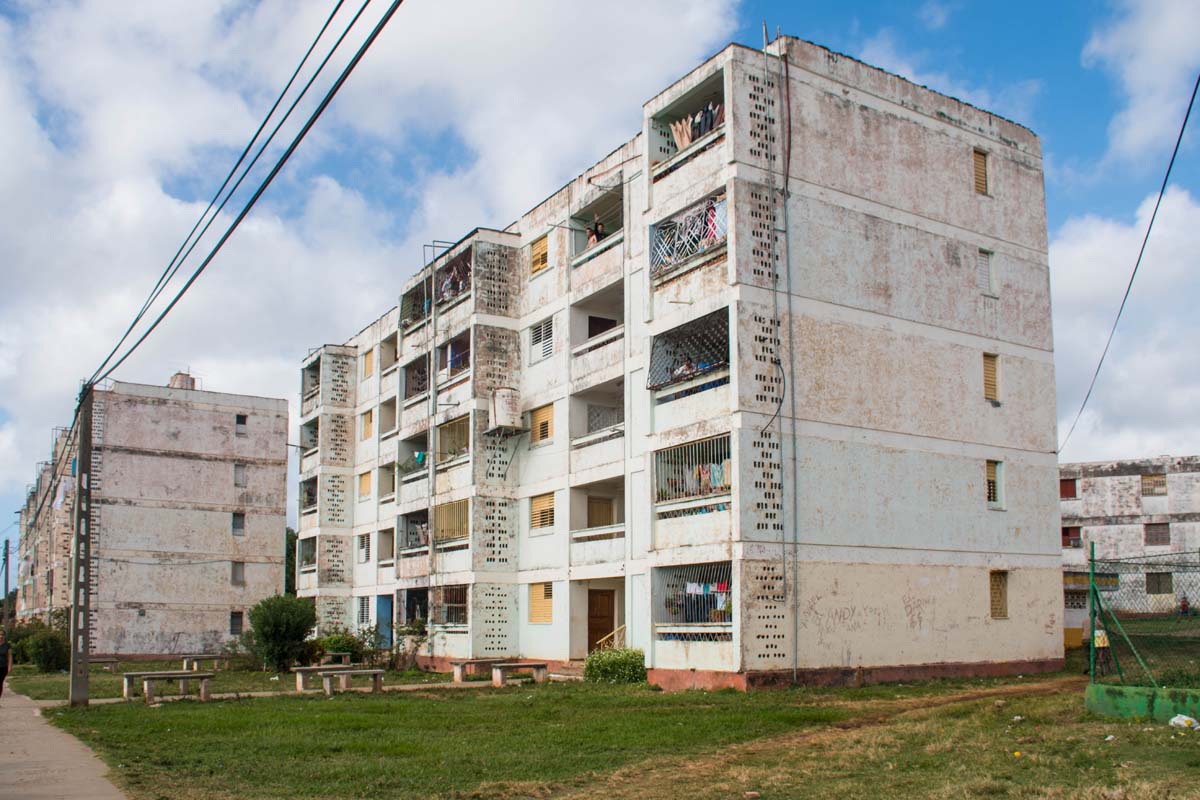