In Cuba, the concept of ‘time’ is of insignificant importance, as everyone seems to have plenty. Hardly anything is ‘on time’ and the Cuban people have perfectly mastered the skills of waiting and queueing. As such our arrival in Baracoa coincided with a little miracle. In this particular setting, our plane landed in Baracoa around noon, one hour EARLIER than expected.

Roberto, who had been informed about our premature arrival, picked us up at the small Baracoa airport. Together with his partner Manuel, he runs a wonderful guesthouse set on a hill above the center of Baracoa. Our room was amazing and had its own balcony with a view over the entire bay. No wonder this casa particular is aptly named Villa Paradiso. 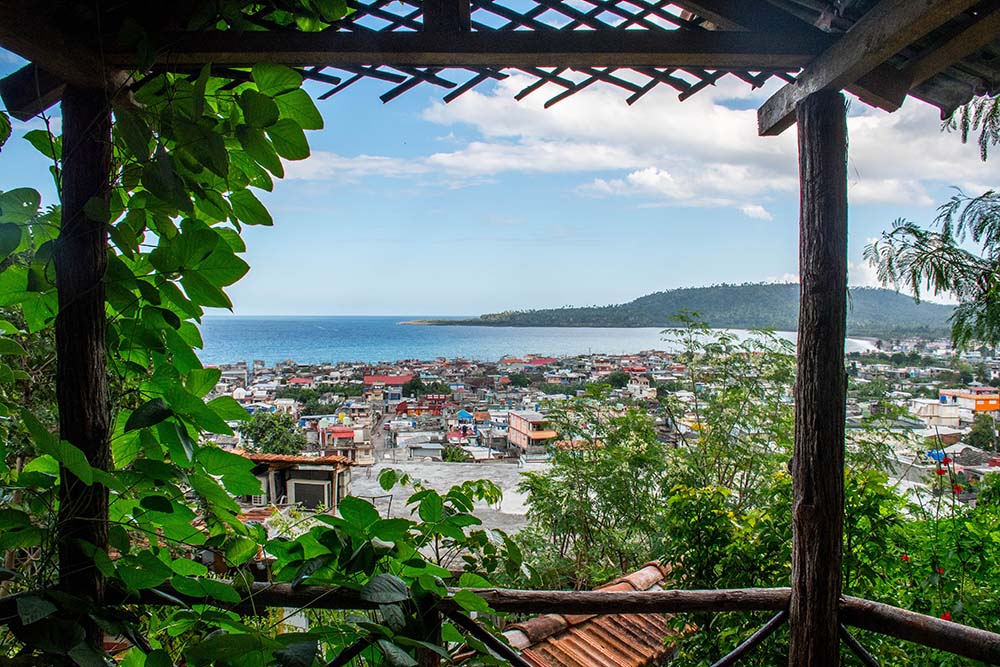 Our hosts were lovely and the overall vibe was relaxed. I felt happy and comfortable. I didn’t know much about Cuba yet, but I felt Baracoa could become one of my favorite places.

Since we still had some daylight left, we decided to spend the afternoon at Playa Maguana. Roberto arranged a taxi to take us there. On our way to the beach, we briefly stopped at hotel El Castillo for its viewpoint over Baracoa. The photo below is from the front side of the hotel, but you can also walk to the hotel's swimming pool area which overlooks the other bay (Baracoa Bay) and mount El Yunque.

We drove on for 30 minutes on a bumpy road to Playa Maguana, 20 km northwest of Baracoa. We were dropped off some 20 meters from the beach, in front of an open air eatery named Victor's restaurant. Walking up to the house looking for the owner, we met several pigs and a parrot in the garden. Eventually Victor showed up too. He took our orders and sent us back to the beach with a passion fruit mojito each. 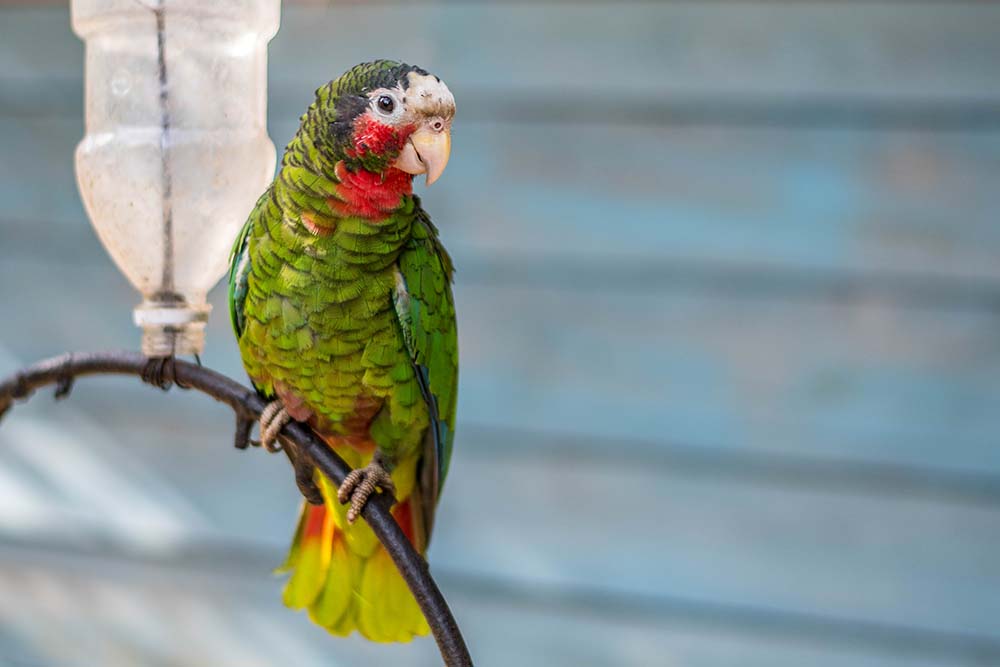 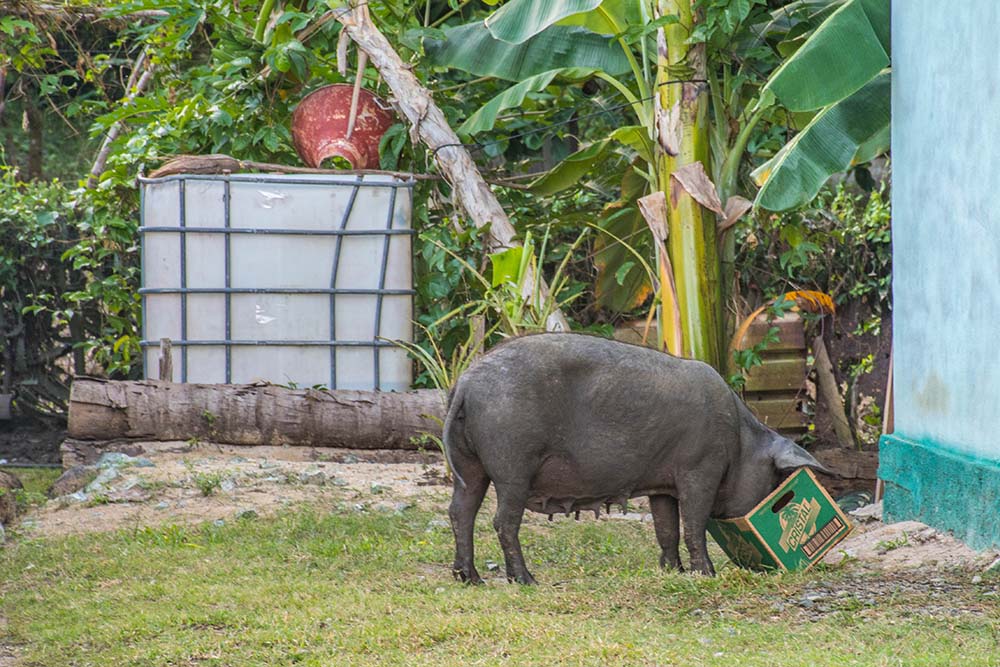 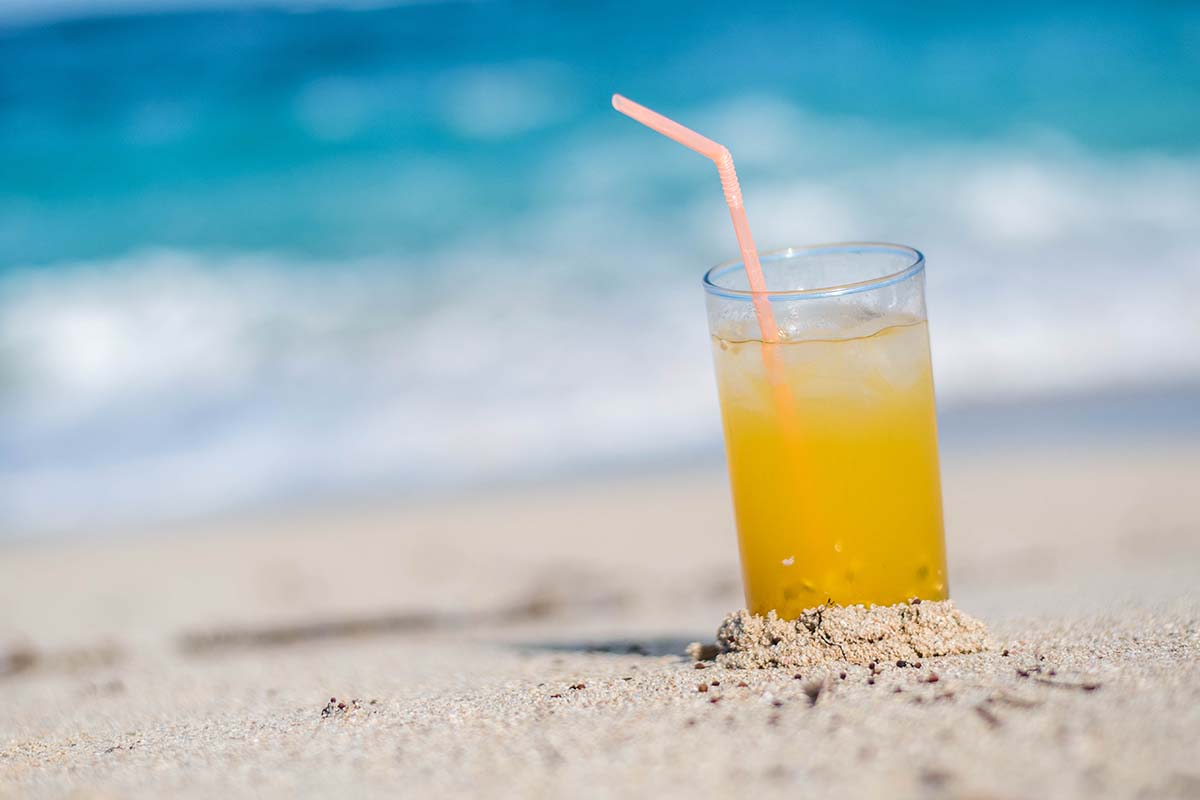 Maguana beach, located inside the Alejandro de Humboldt National Park, is shrouded in abundant, vividly green vegetation. The beach was dotted with coconut palm trees, under which we sheltered for shade. Apart from a few locals and some women selling cacao butter, there was hardly anyone around on this idyllic beach. Baracoa and its beaches are still untouched due to their remote location, and we were lucky to claim this exotic paradise entirely for ourselves. 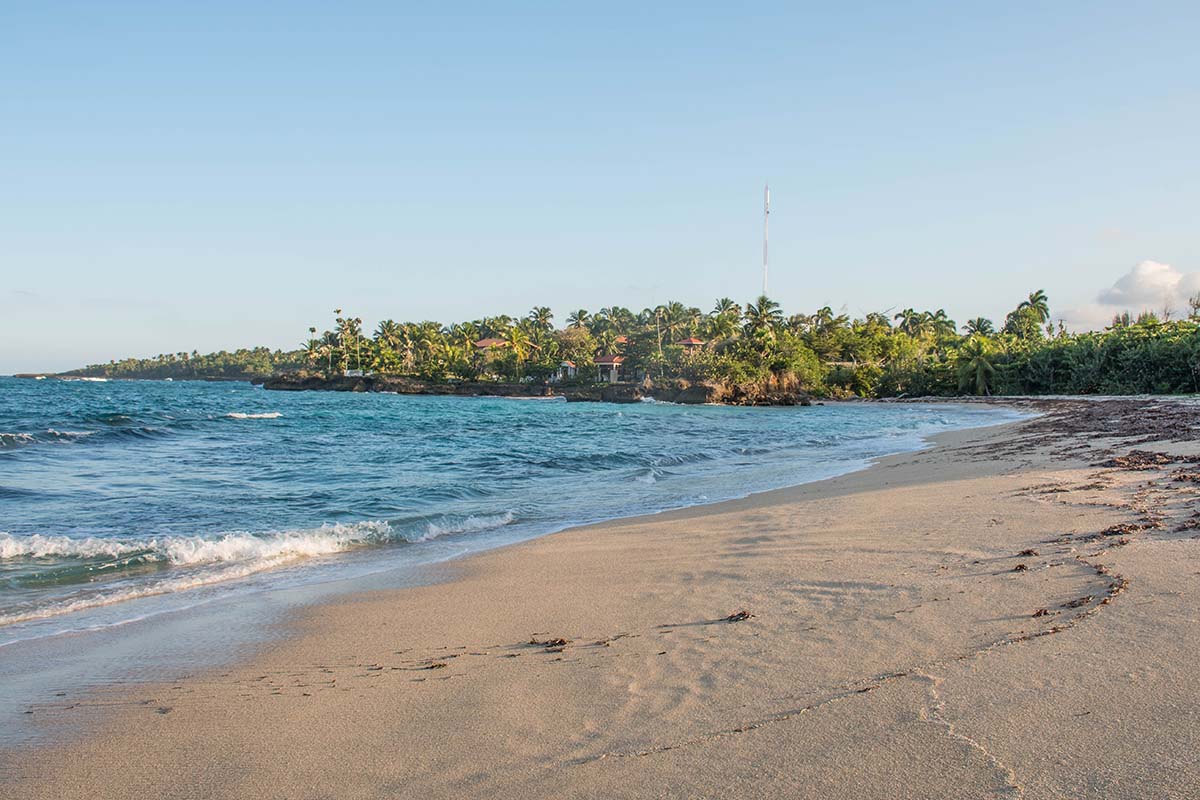 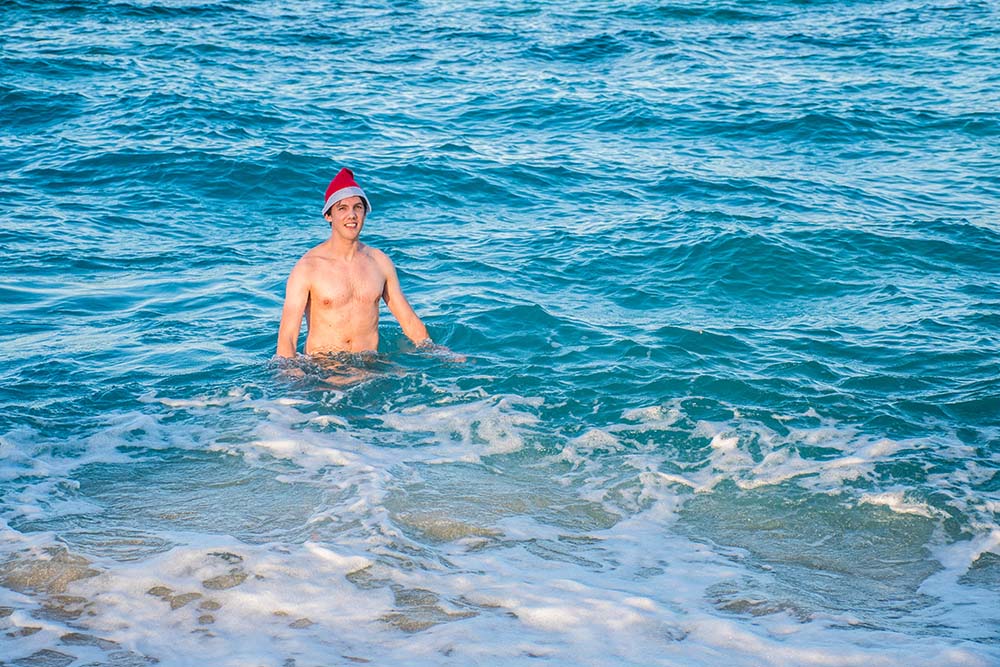 When Bart came back from his swim in the sea, Victor called us over for lunch. We tried the local speciality of Baracoa: 'pescado con leche de coco' (fish with coconut sauce), which turned out to be really tasty. 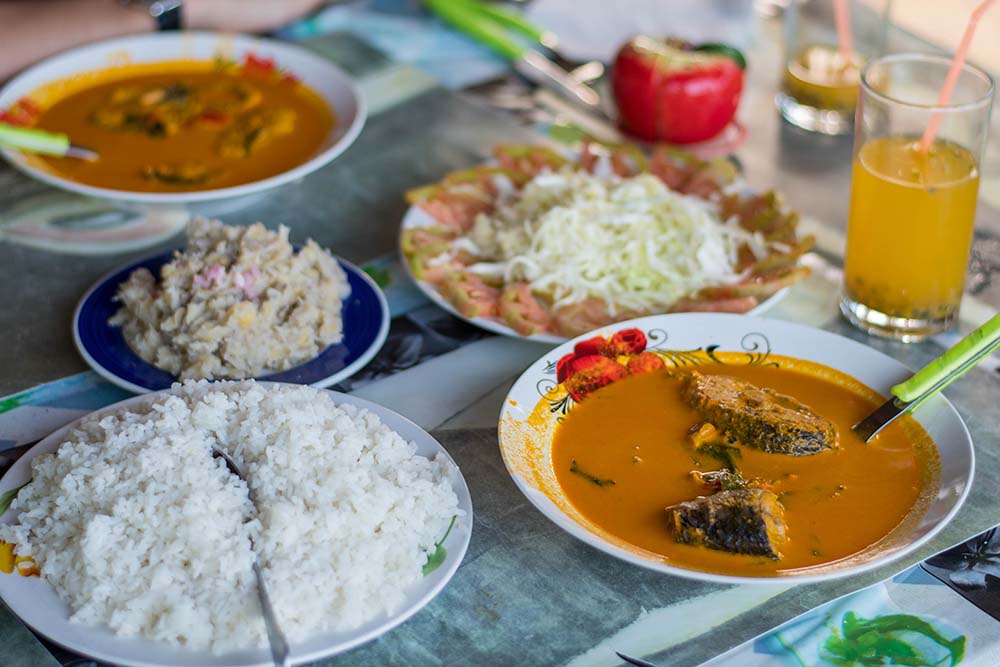 When the sun started to descend, we looked for our driver who had been waiting by the beach (the tough life of a Carribean taxi driver :-) ). On our way back to Baracoa, we asked him to stop somewhere halfway as we passed an amazing landscape scene. The sun was going down behind the mountain La Bella Durmiente. 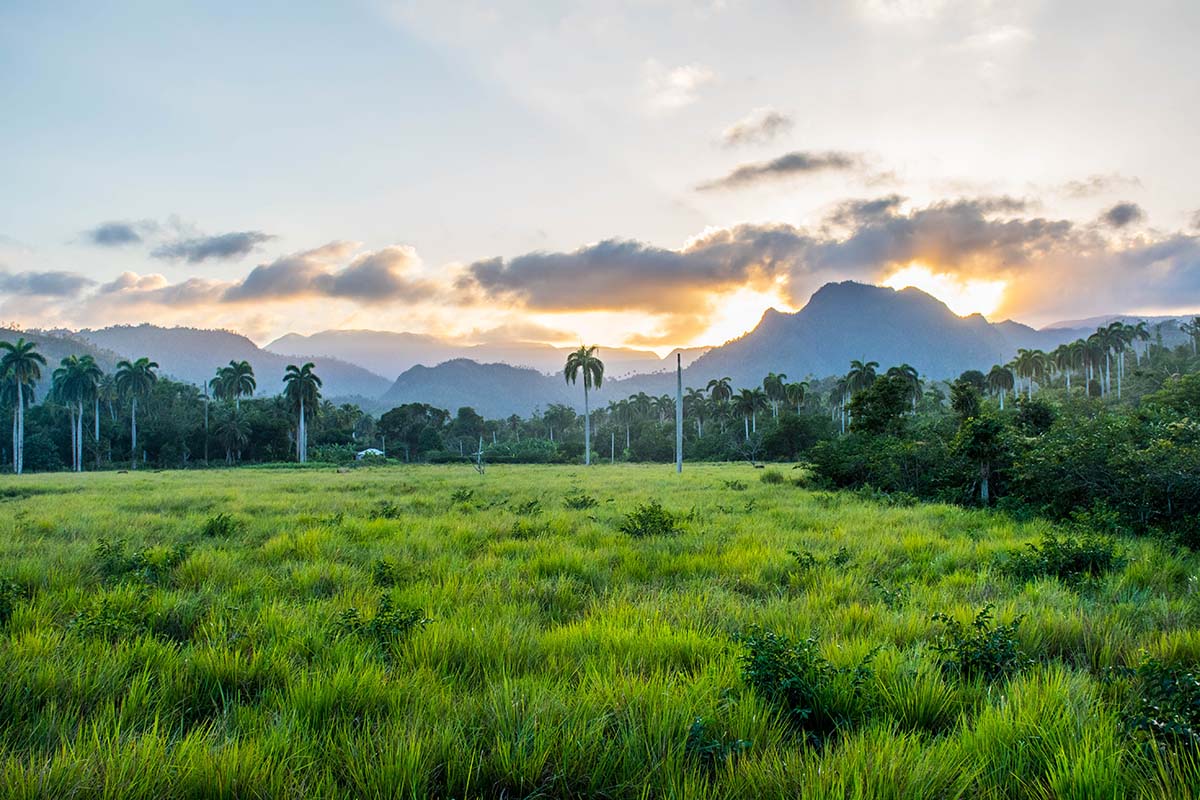 We freshened up and prepared for the evening. The night had fallen and from our balcony we marveled at the view of Baracoa and its city lights. Music was playing everywhere. It made me feel like dancing. High upon our balcony, in the dark where no one could see us, Bart became less reluctant to dance and agreed to practice the salsa moves we had learnt in the Havana dancing school, on the beat of the village underneath. A magical moment.

Roberto had recommended a few places for dinner, one of which was Baracoando. Owner Aristides Smith Rodriguez was a photo-reporter for many years before he became a chef. And for 38 years he's been running a vegan restaurant, which is truly exceptional in a meat-loving country like Cuba. His dwelling is basically a shack that he rebuilt after hurricane Mathew devastated the original house in 2016. He showed us some candid video footage of how his place was flooded. When the water came chest-high in the span of a minute and kept on rising quickly, the video suddenly stops, because Aristides realized he had to hurry and get himself to safety. Aristides’ footage is not published online, but this YouTube video gives you an idea of the damage in Baracoa after Mathew had passed.

Anyway, he creates the most amazing vegan food. Aristides grows and buys only the freshest ingredients and prepares tons of scrumptious dishes served in wooden plates. There is no set menu, and in the end we were presented about 15 different plates in a buffet style. The food can be described as a meld of Indian and Carribean flavors. Even if you’re not a vegetarian, you have to go there. On our entire trip through Cuba, I haven’t met any other chef who is as creative with food as him.

You can decide how much you’d like to give, but the general rule is that you pay 5, 8 or 10 CUC depending on how you rate the food. 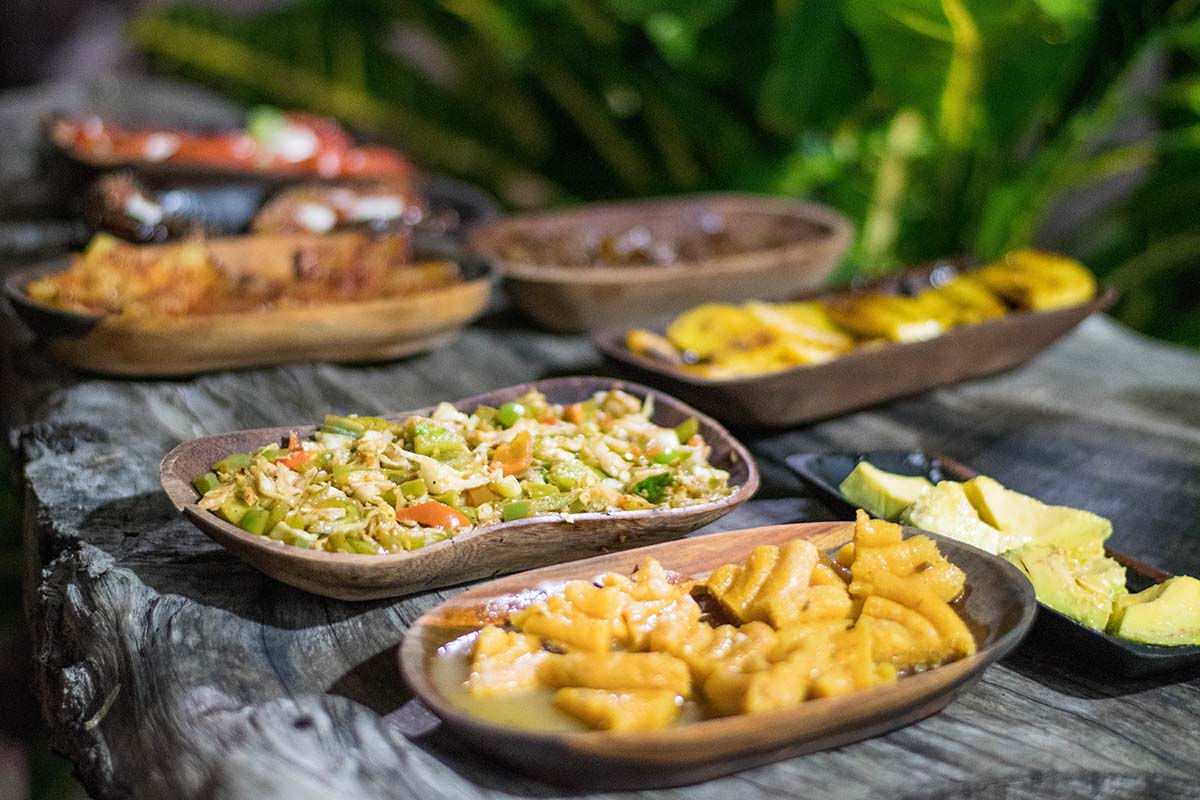 Strolling through the center of Baracoa, we were drawn to a place where Cuban salsa music blasted through the speakers. It turned out to be one of the many 'Casa de la Trova' music bars we would encounter in Cuba. We entered the bar and ordered a mojito. A Cuban band was playing live music and the dancefloor was packed with twirling bodies. It was a lot of fun to listen to traditional music and marvel at the Cuban dance moves… until we felt being put under pressure to keep on consuming and keep on tipping for the music. Moreover, the band paused for five minutes after every four-minute song, which kinda broke the atmosphere. The host encouraged everyone to welcome and clap for tourists from a certain country. It was entertaining in the beginning, but after a few times, we felt more and more like we had entered a tourist trap with our eyes wide open. In any case, it had been a long day already. It was time to head back home and get some sleep. 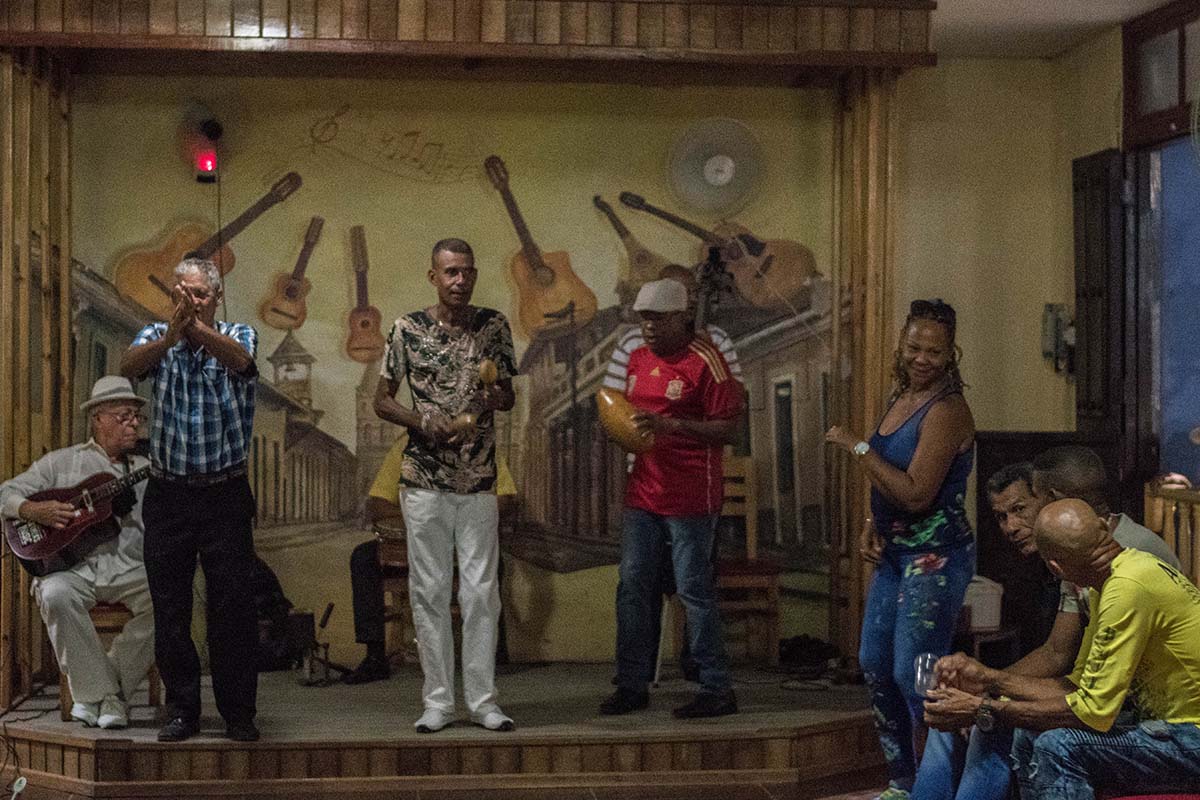 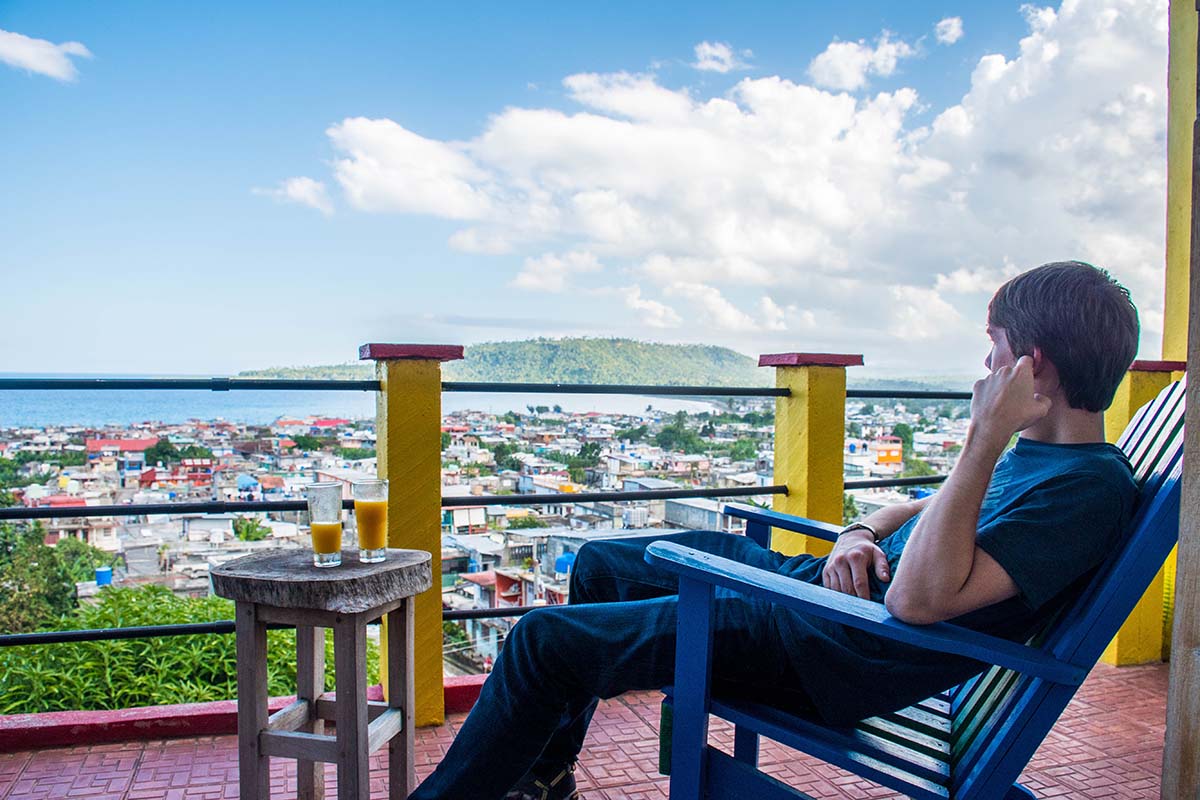 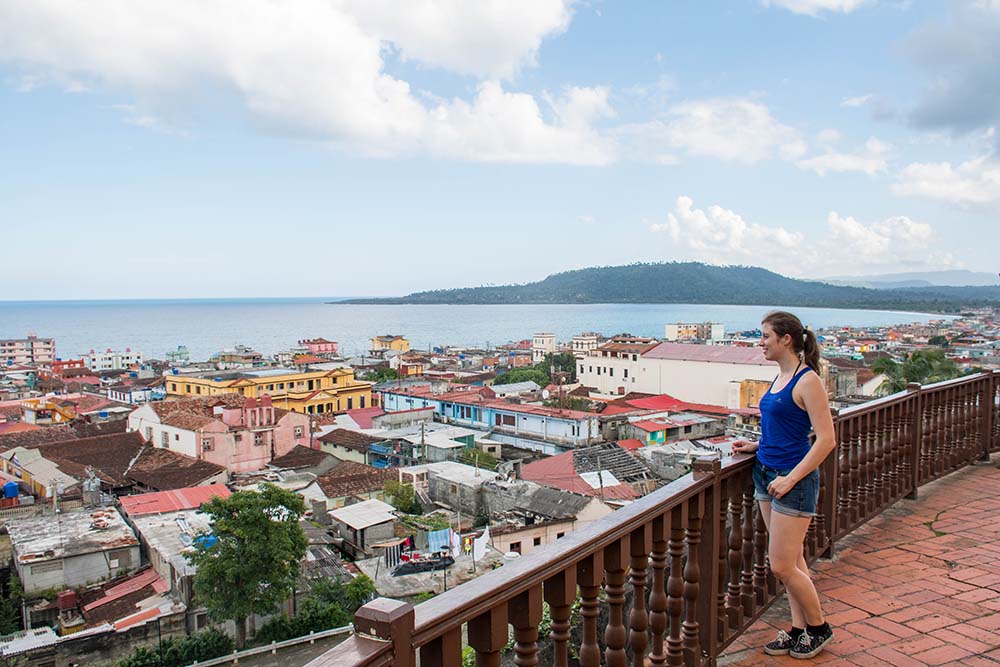