Out in the western suburbs of Beijing lies a beautiful park with a lake, gardens and temples that was once the Summer retreat of the emperors. Covering 2,2 square kilometres, The Summer Palace, listed as a UNESCO world heritage site, is the largest royal garden in Beijing.

Used as a Summer residence by the old dynasties for ages, the Summer Palace received a make-over at the end of the 19th century when it became the permanent residence of princess/dowager Cixi. She ordered the further development of the site and covered the expenses using money meant for the Chinese fleet. A decision that contributed to their defeat against the English during the Opium Wars.

Nowadays the park opened up to the public. It is quite far from the city, so it took us about an hour by metro to get there. Once out of the metro, it was easy to find the complex as we just had to follow the crowds.

We entered through the North Palace Gate. Almost immediately after the entrance lies Suzhou street, a shopping street that was built as an imitation of Shantang Street in Suzhou, a charming water town in the Jiangnan area that emperor Qianlong often visited and loved. 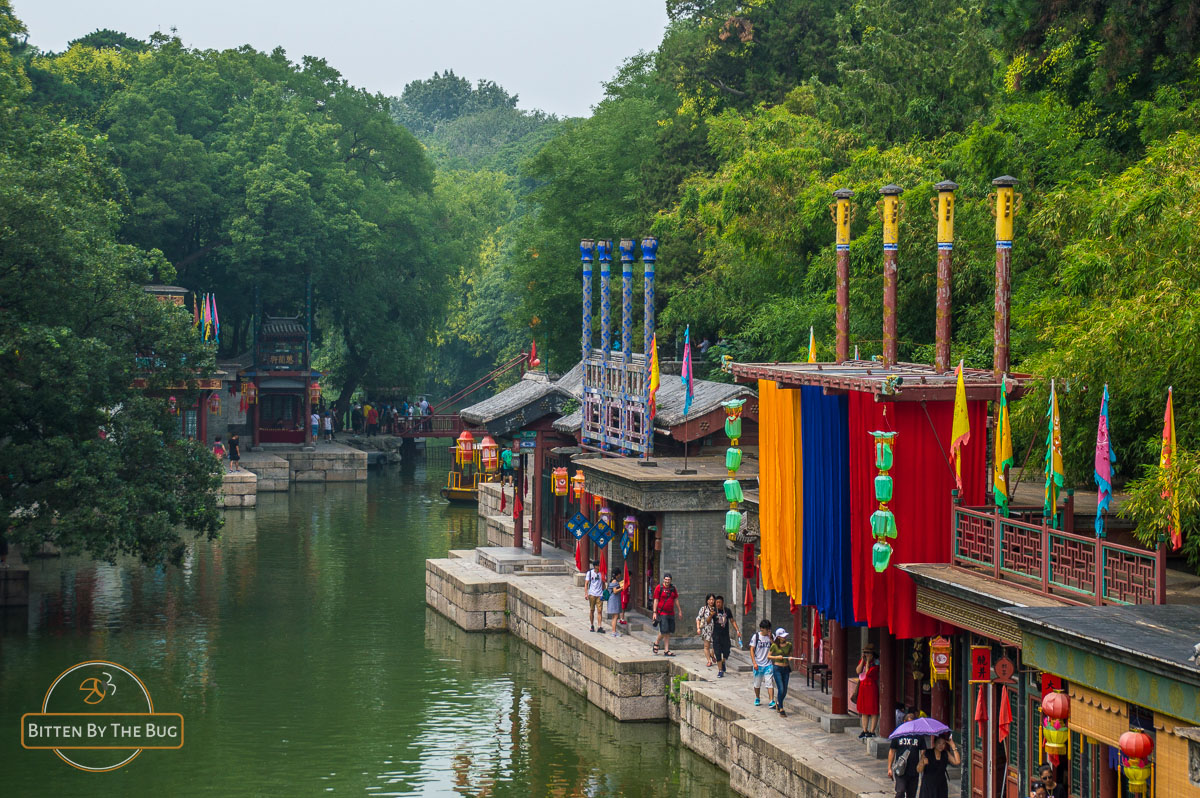 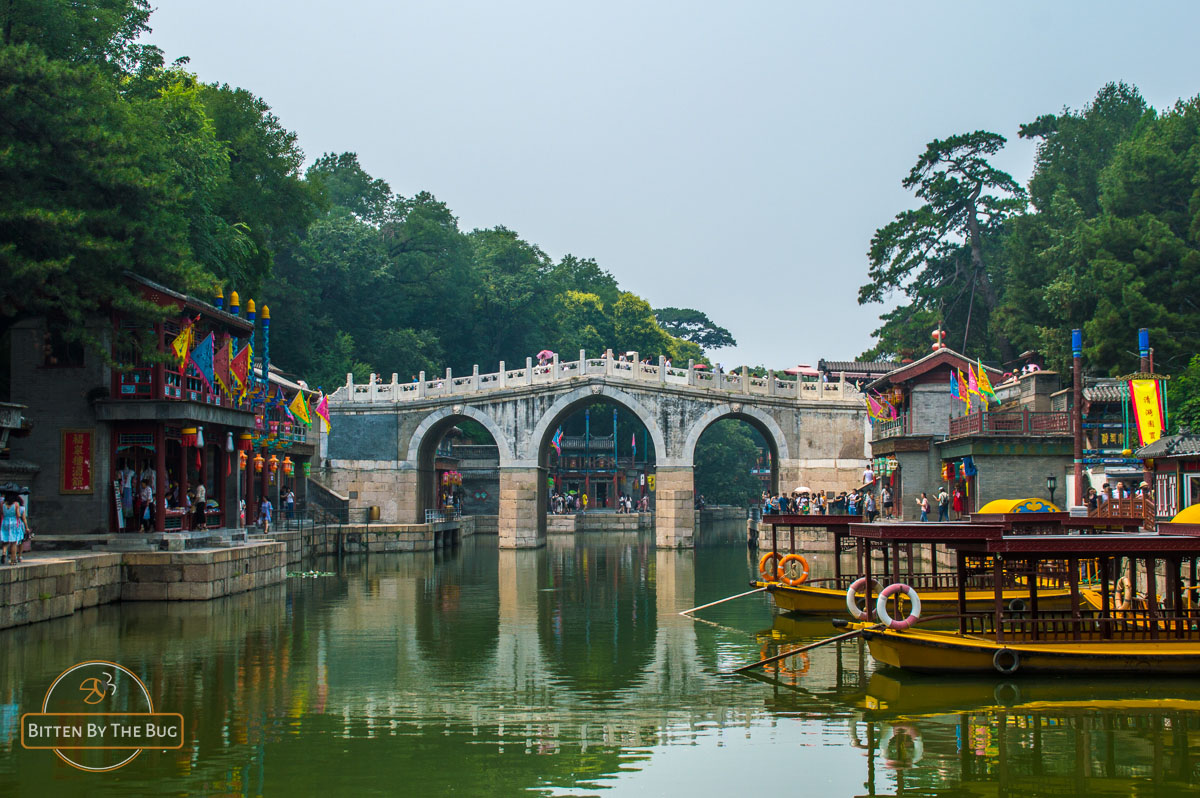 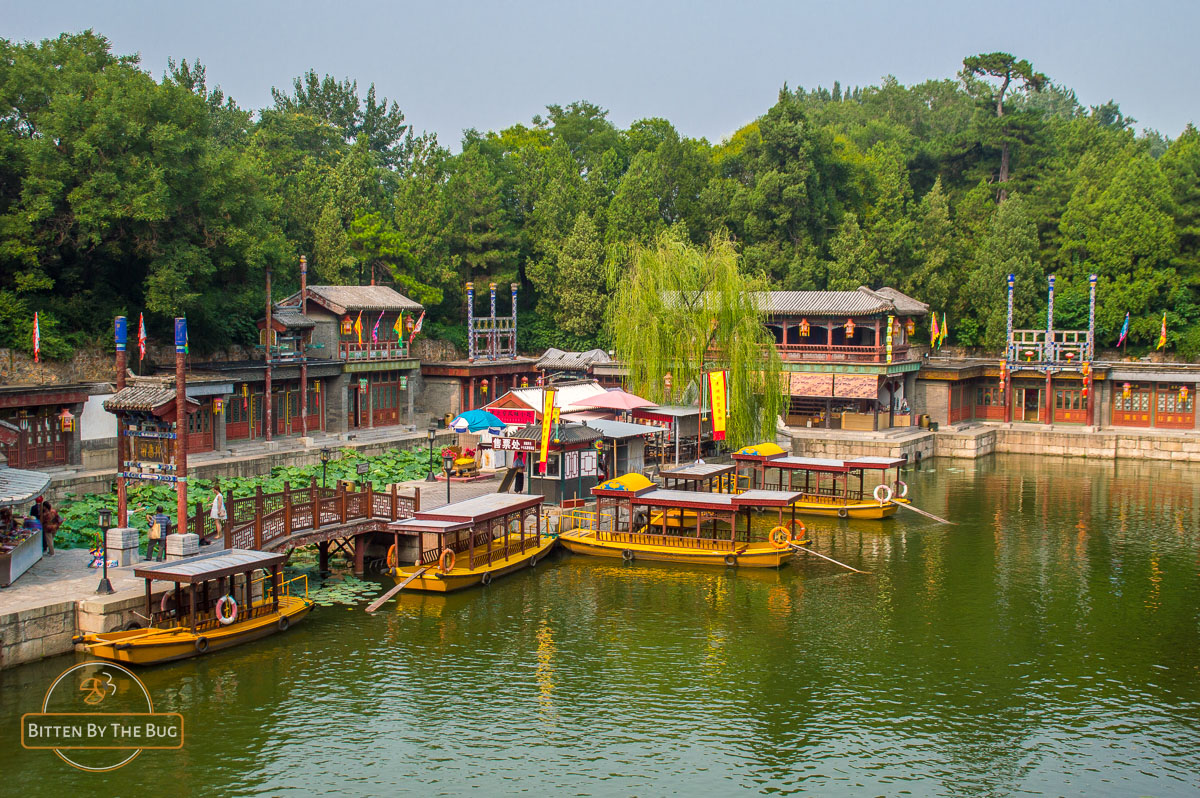 We climbed the many stairs up the Longevity Hill, on top of which stands the Four Great Regions Temple, designed to resemble the Samye Monastery in Tibet. 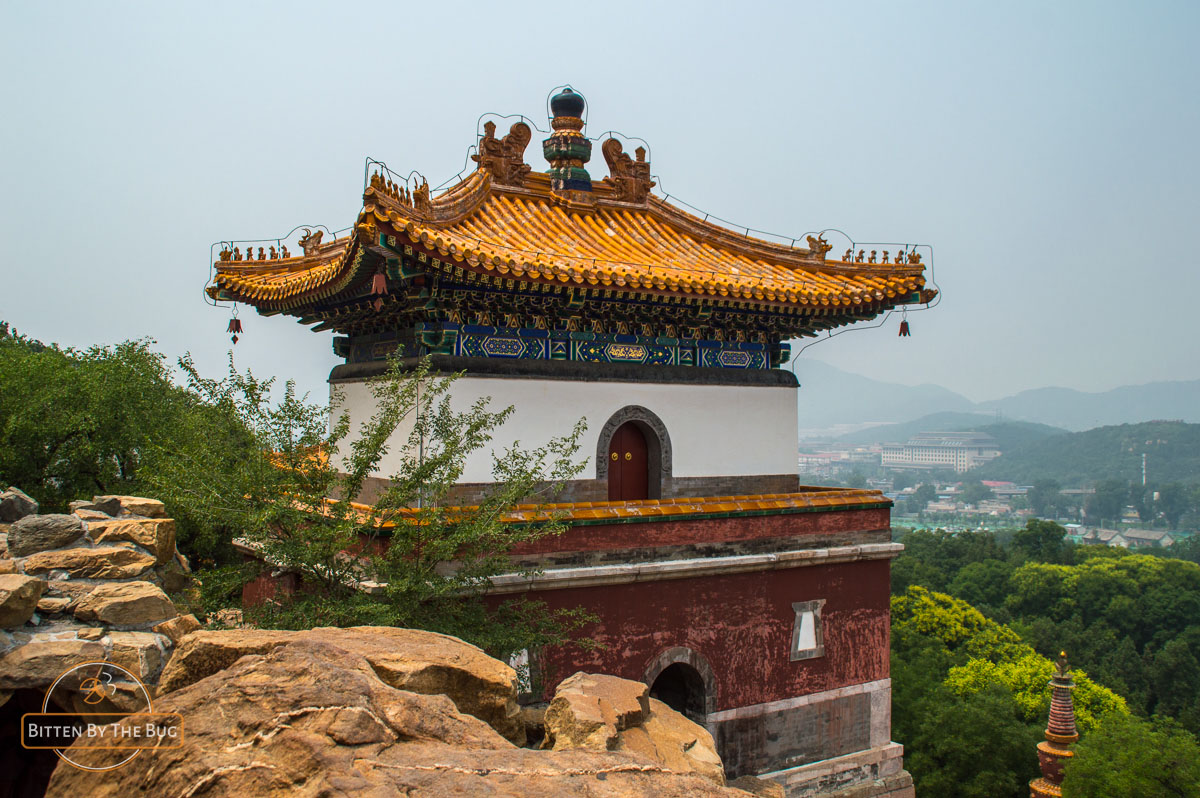 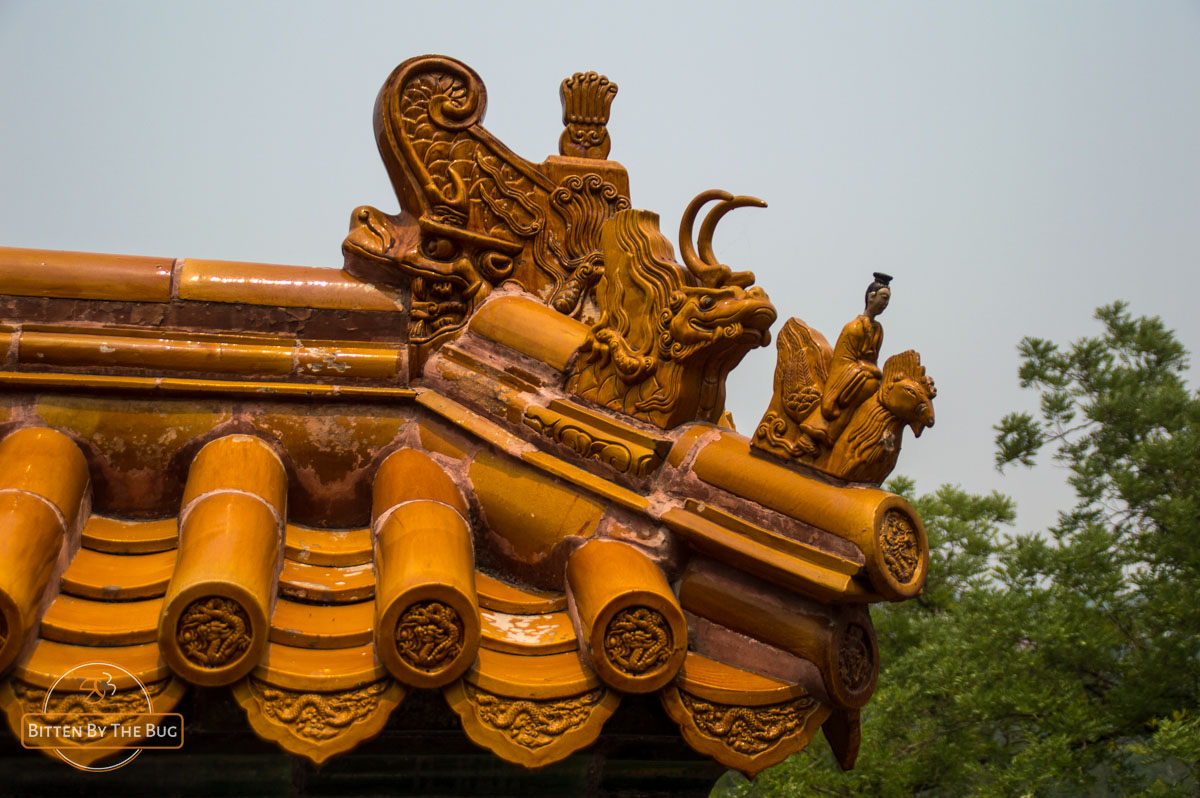 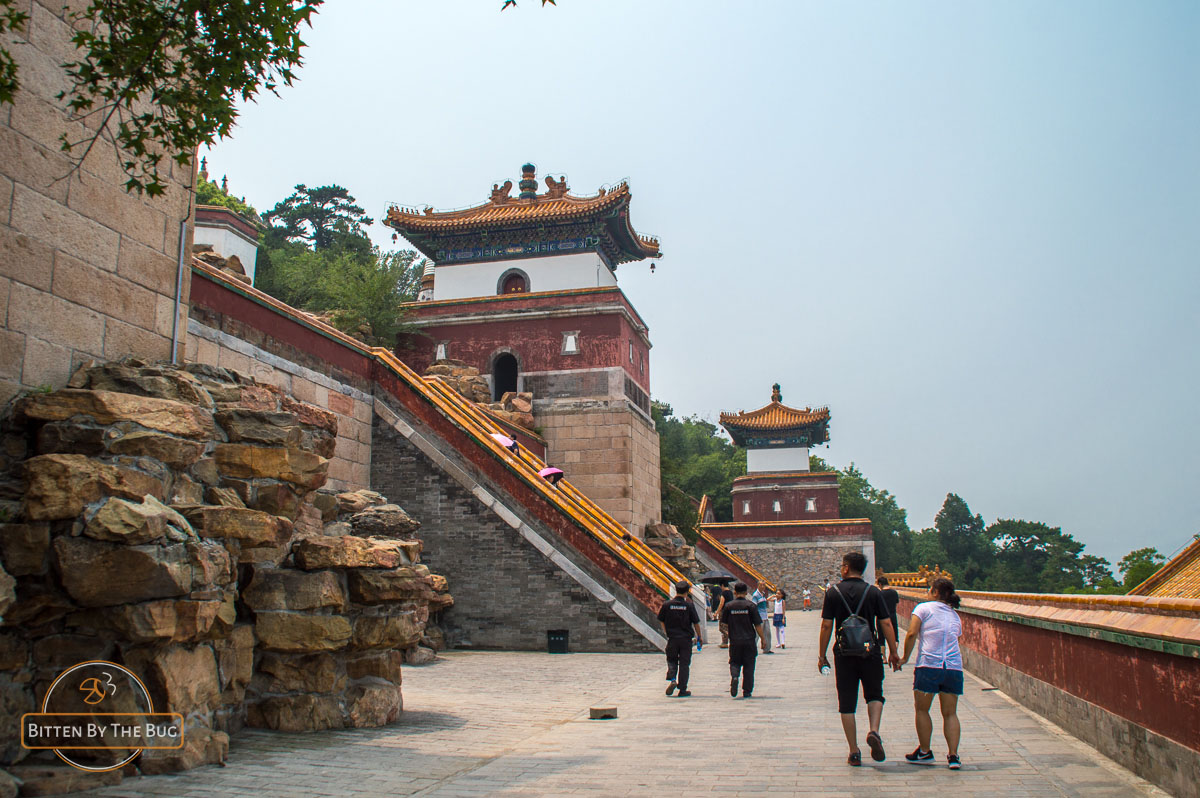 From the top, we turned right and walked down towards the large, artificial Kunming Lake. The dirt dug up to build it, is now piled up and known as the Longevity Hill we had just climbed.

We started strolling around the Kunming lake, but then we realised all the temples we had tickets for were on the other side of the lake. Two American guys we had met, had walked all around the lake and told us the other side of the lake was beautiful and very quiet. 'Quiet' sounded like a magical word that really appealed to me, but the walk would take about 3 hours. As we didn't have much time left, we turned back and went in search of the other temples we wanted to see. 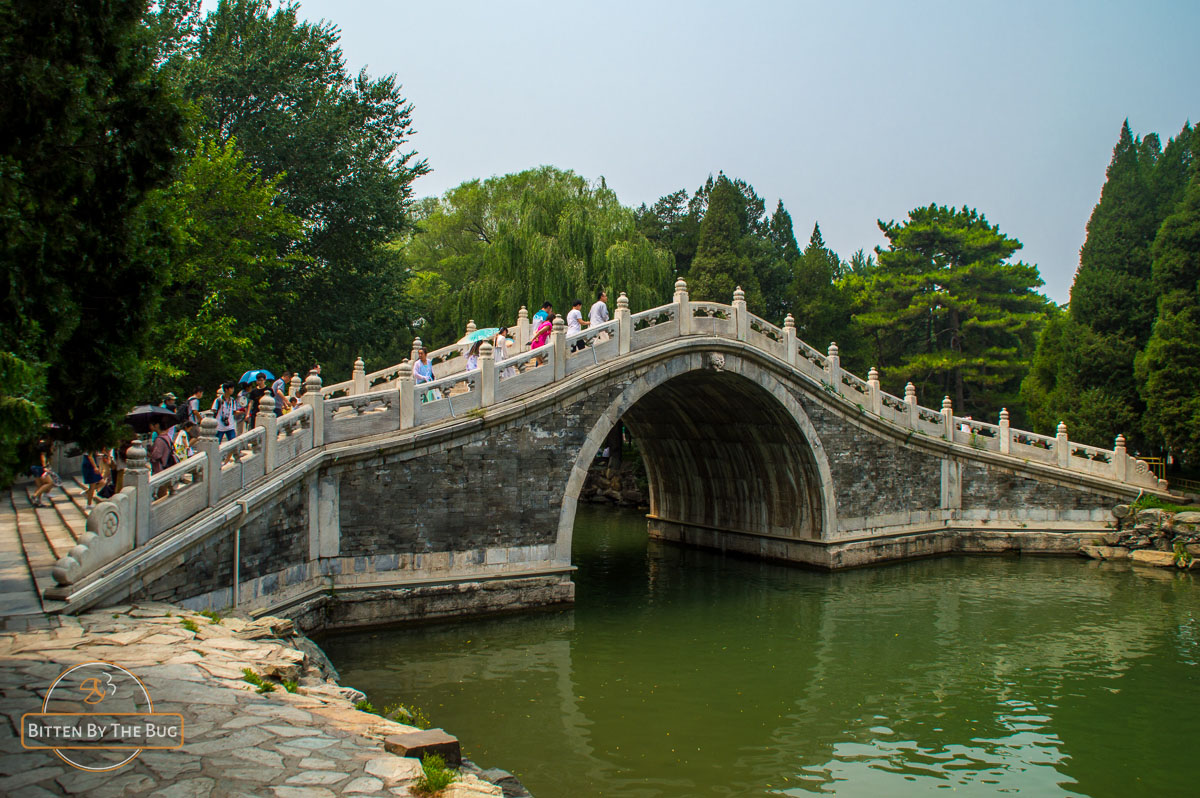 Along the way, we passed by a marble boat that lay in the water. The original wooden boat was burnt in 1860, so it has been replaced by a copy in stone. I would love to see this boat sail out.

The Long Corridor, a 728 metres long gallery with artistic decorations, leads to another series of temples, but we had missed out on another temple on top of the Longevity Hill. So we turned away from the gallery and climbed a steep -and probably unofficial- path to reach the Tower of Buddhist Incense, the highest building in the Summer Palace. From there we had a panoramic view over the park and the entire lake. 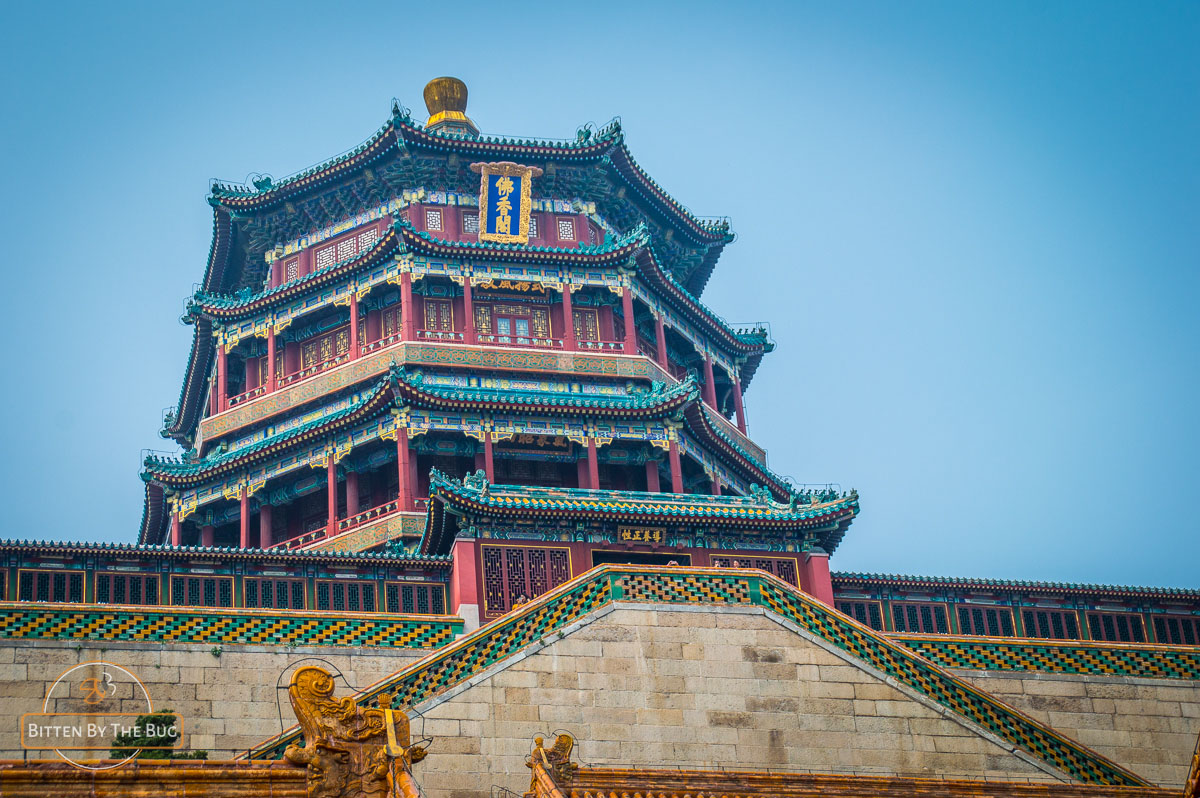 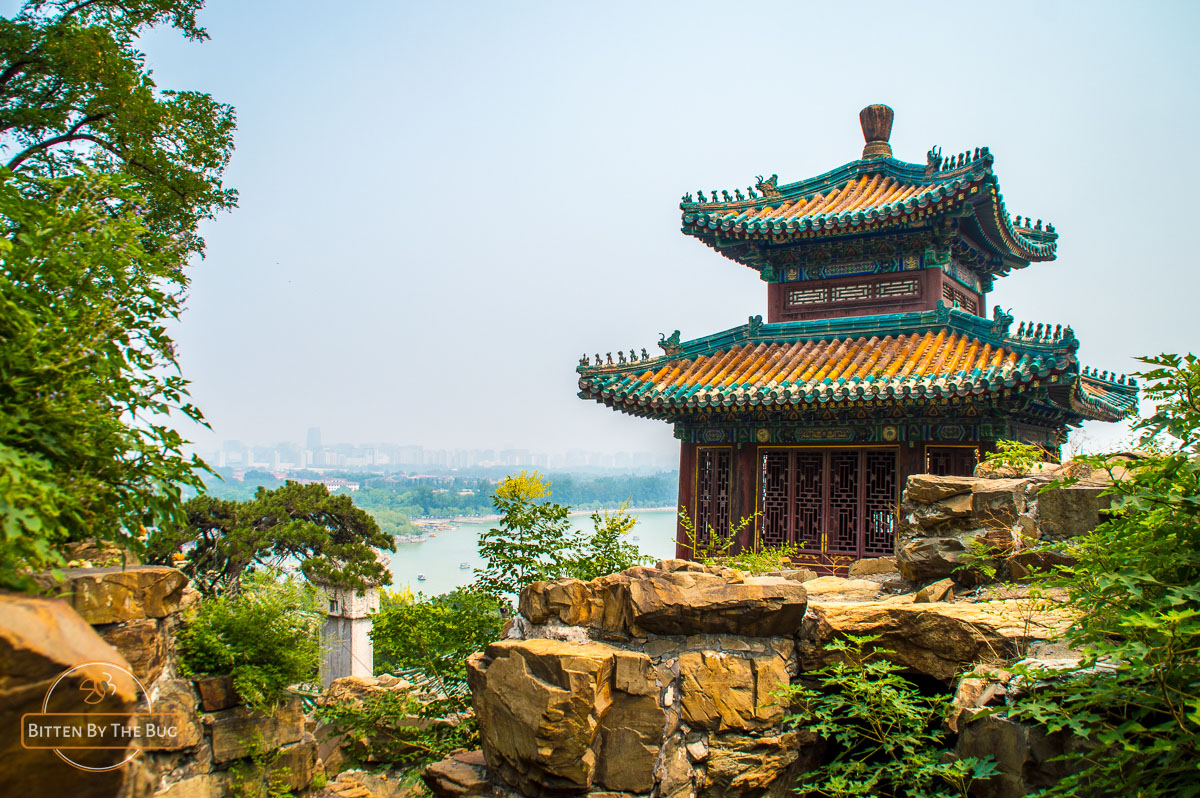 We walked back down to the eastern side of the park, where we encountered yet another series of palaces. It was extremely crowded over here, and in combination with the heat, if felt suffocating to me. There is one pavillion I really liked, though. In the Garden of Virtue and Harmony, there were not too many people around, which allowed me to have a decent look at the totality of the building with its vivid colours and many details. This used to be a famous opera theatre of the Qing Dynasty. Looking up, we could see the Tower of Buddhist Incense rise above the pavillion. 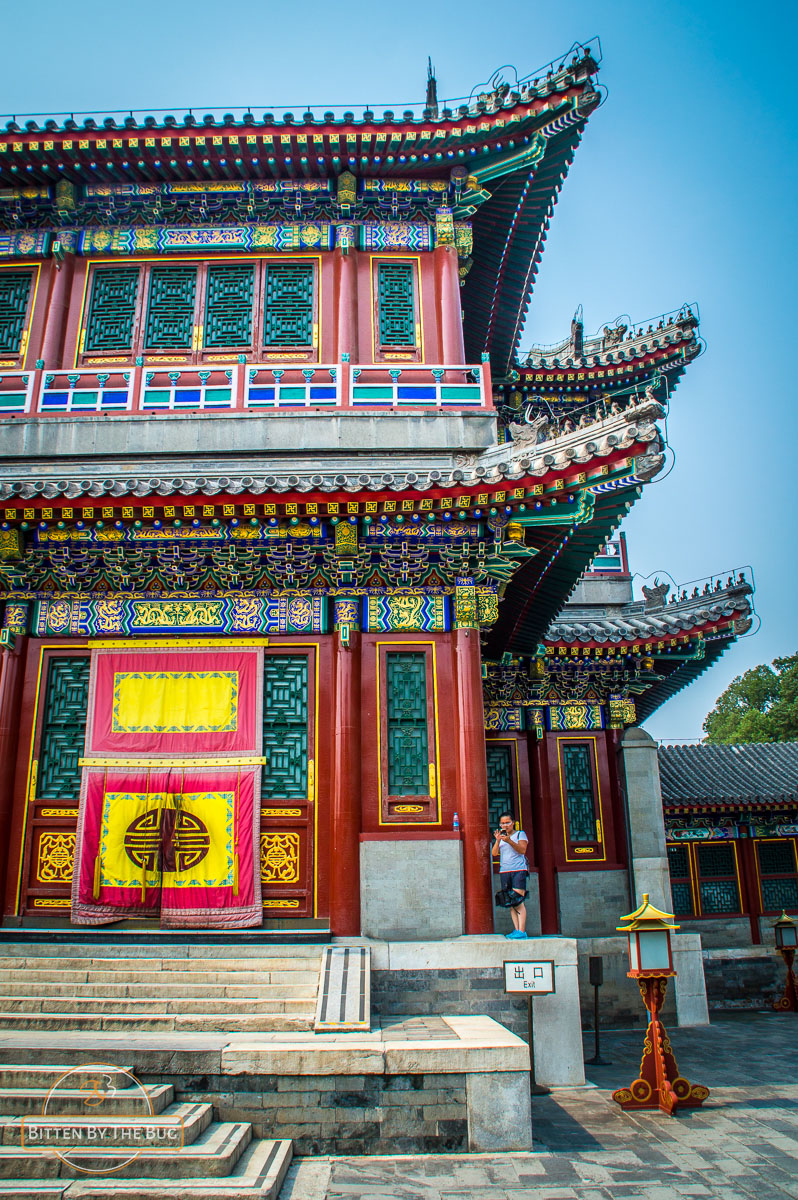 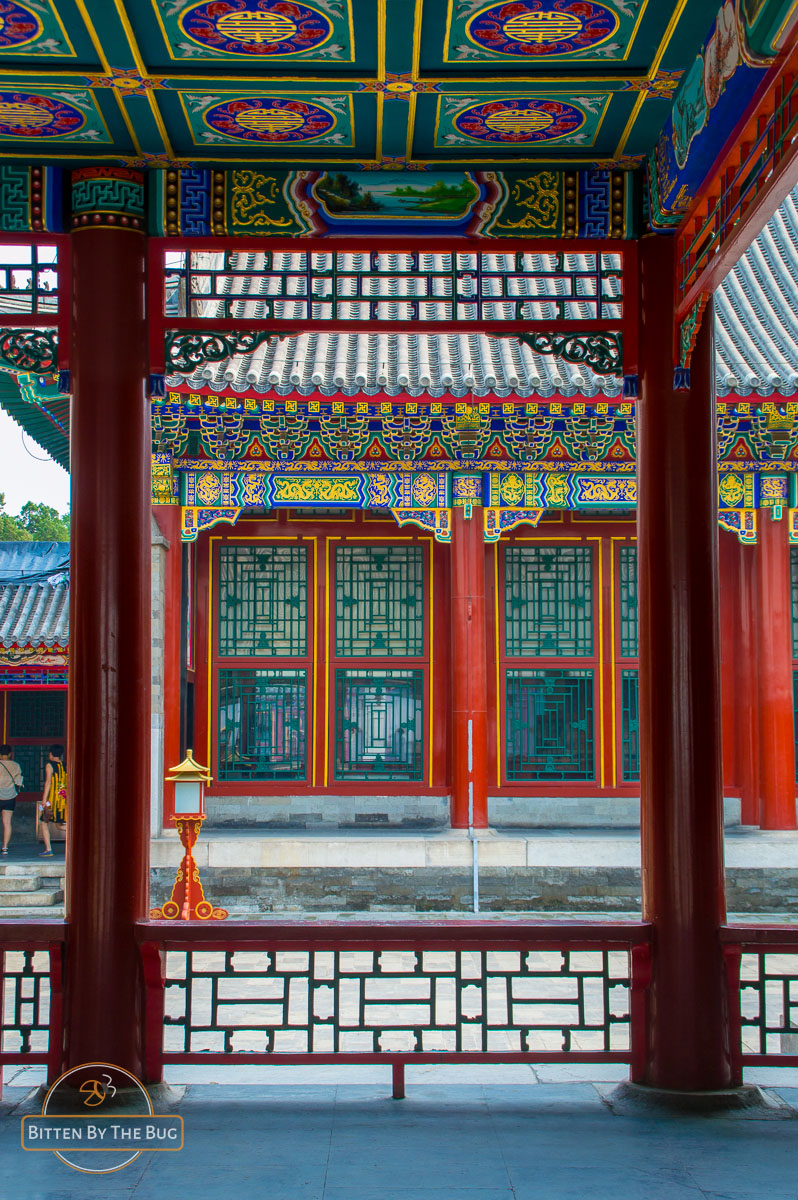 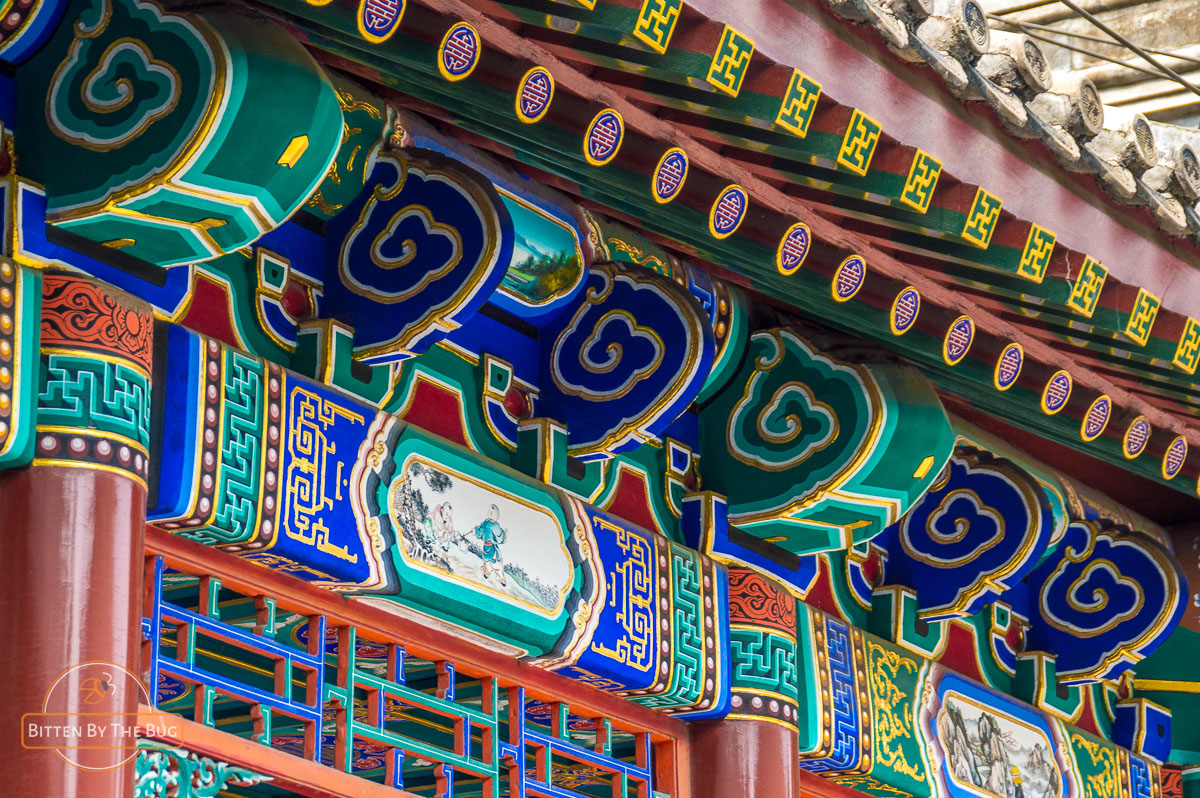 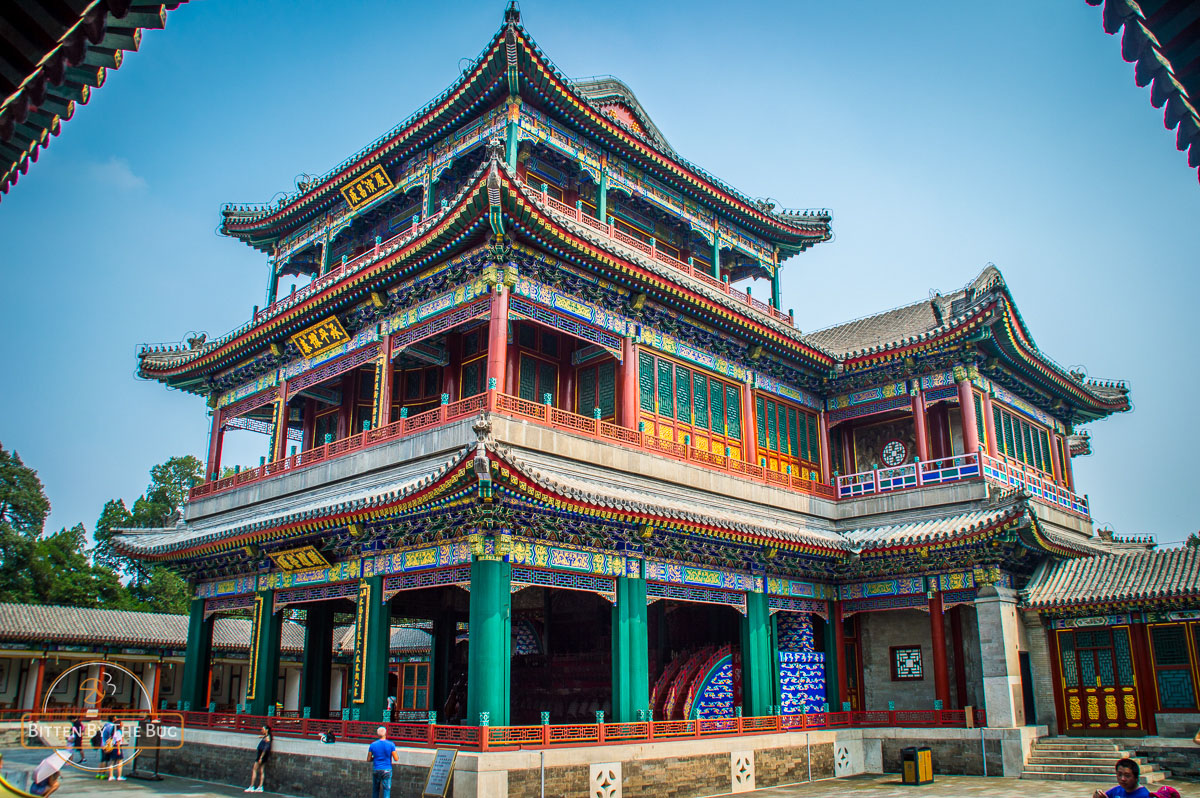 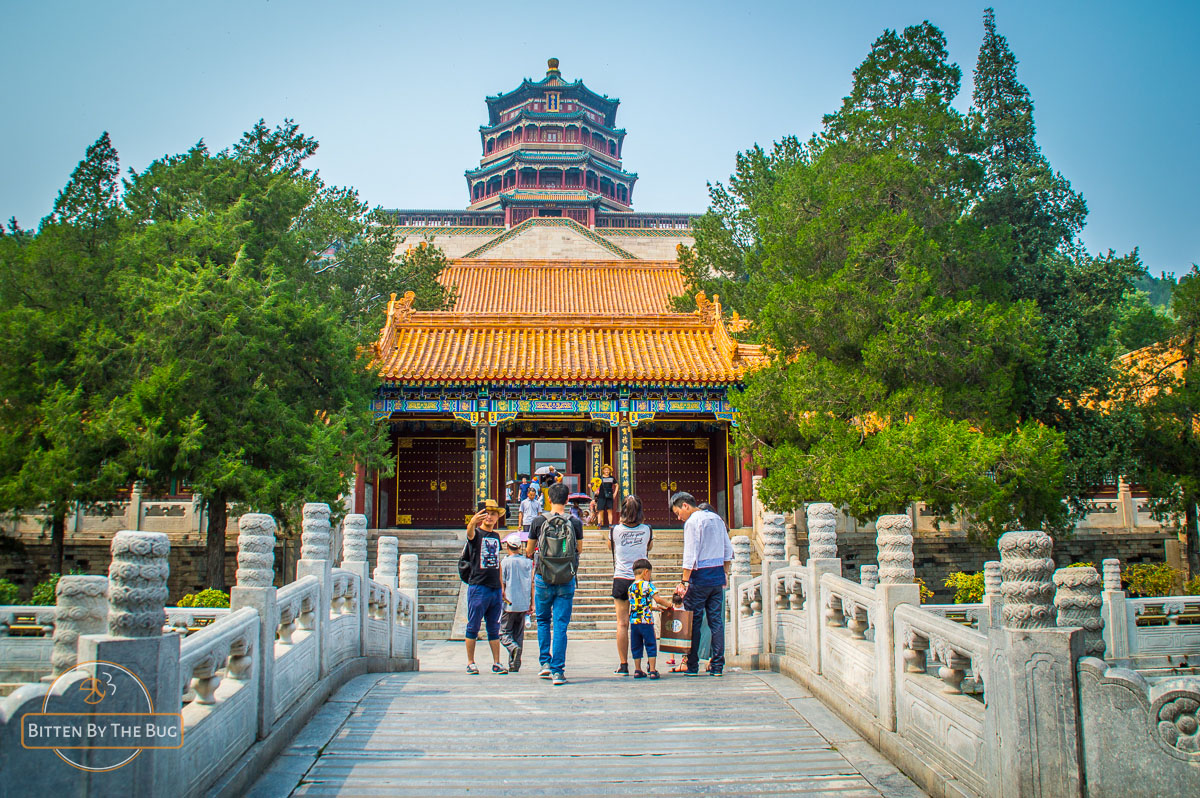 A little later, walking away from the crowds, we found ourselves in a section of the park that was completely empty. There were no temples or other attractions in this area, but I liked it so much better. The only people here were fishermen sitting around a pond covered with water lilies. It was so calm and peaceful. 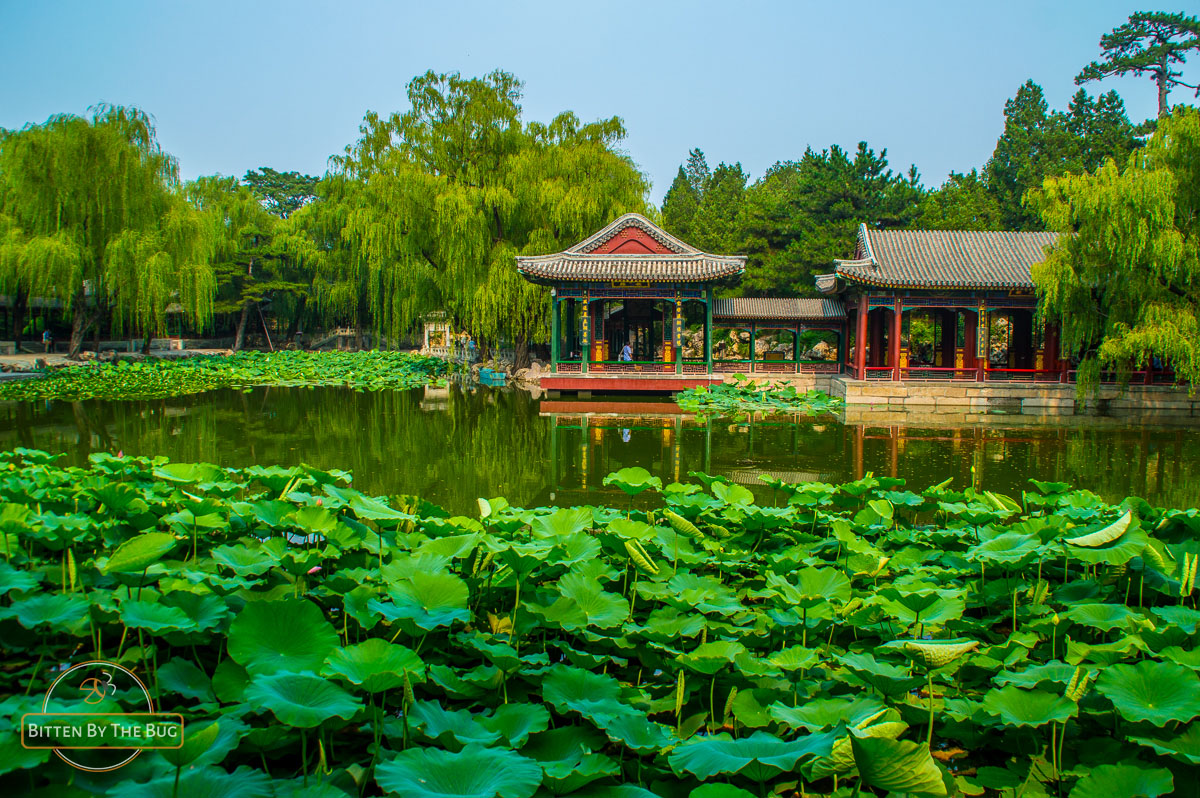 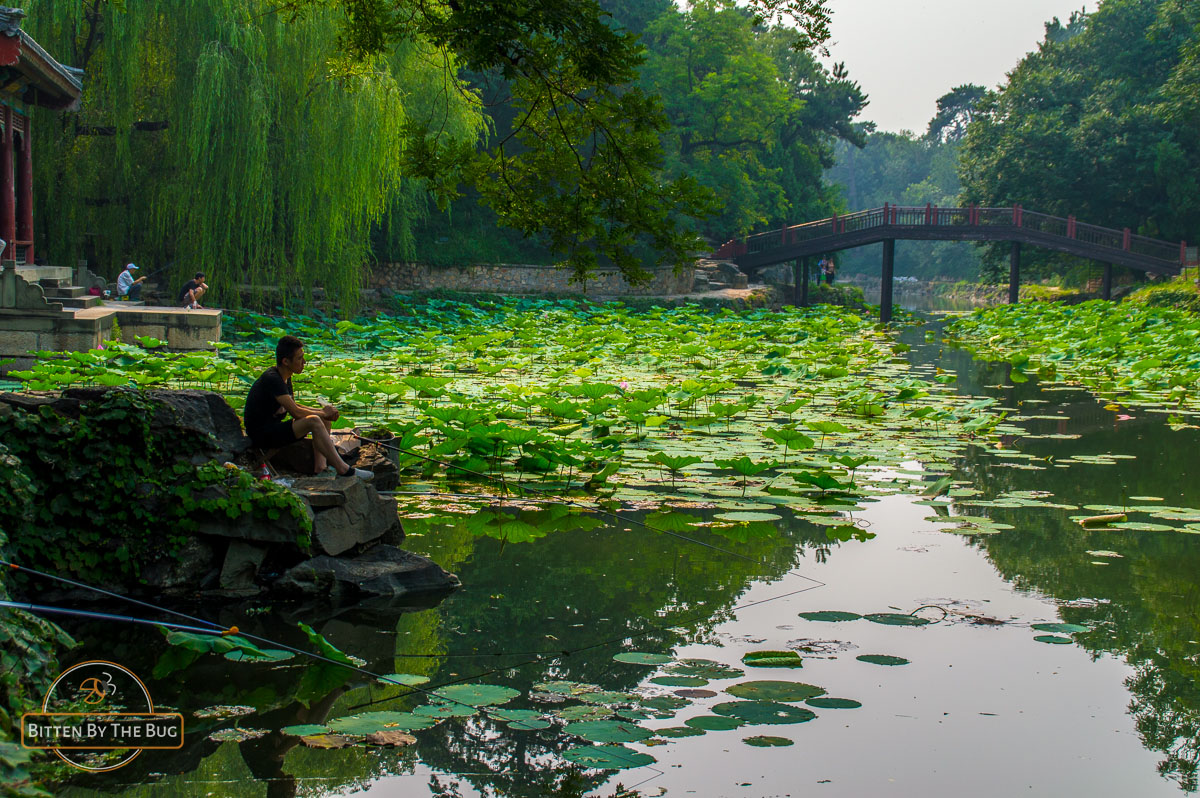 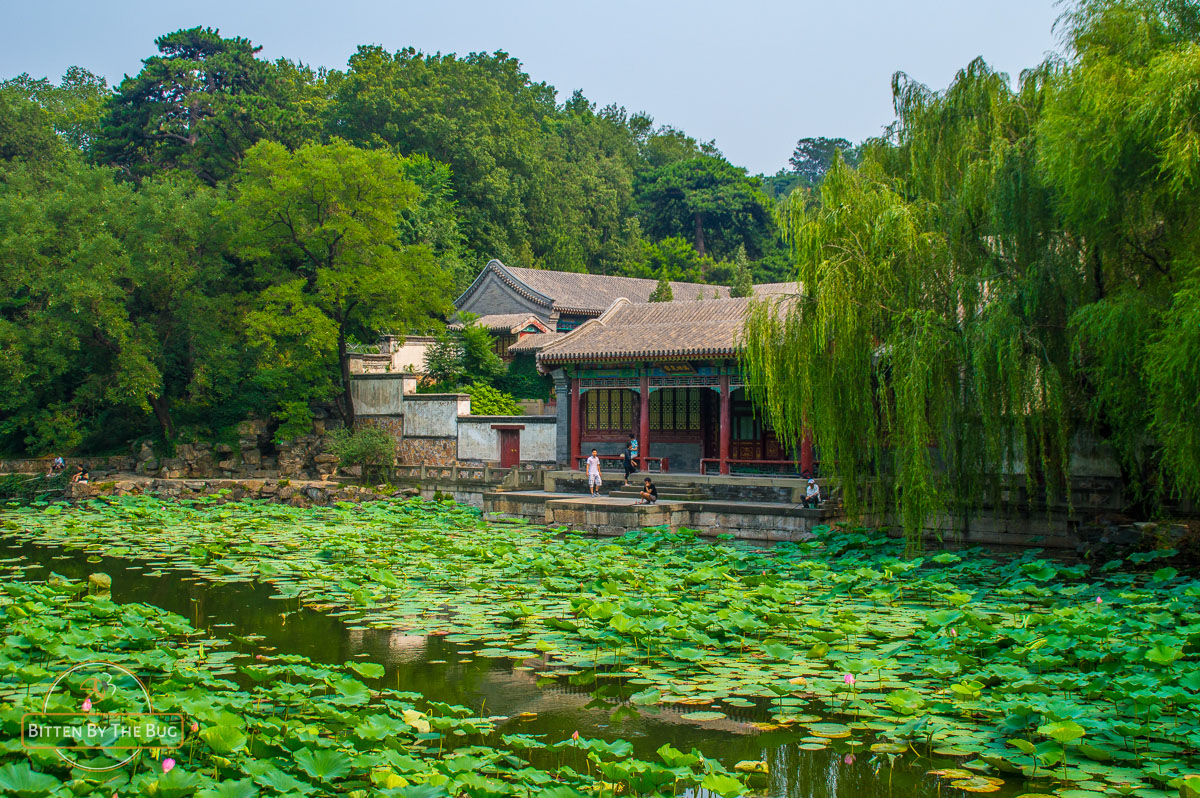 From here we made our way back to the northern gate. All the crowds in this part of the park had vanished. Even Suzhou Street was almost empty now. It would've thus been better to wait and visit Suzhou Street at the end of the day. 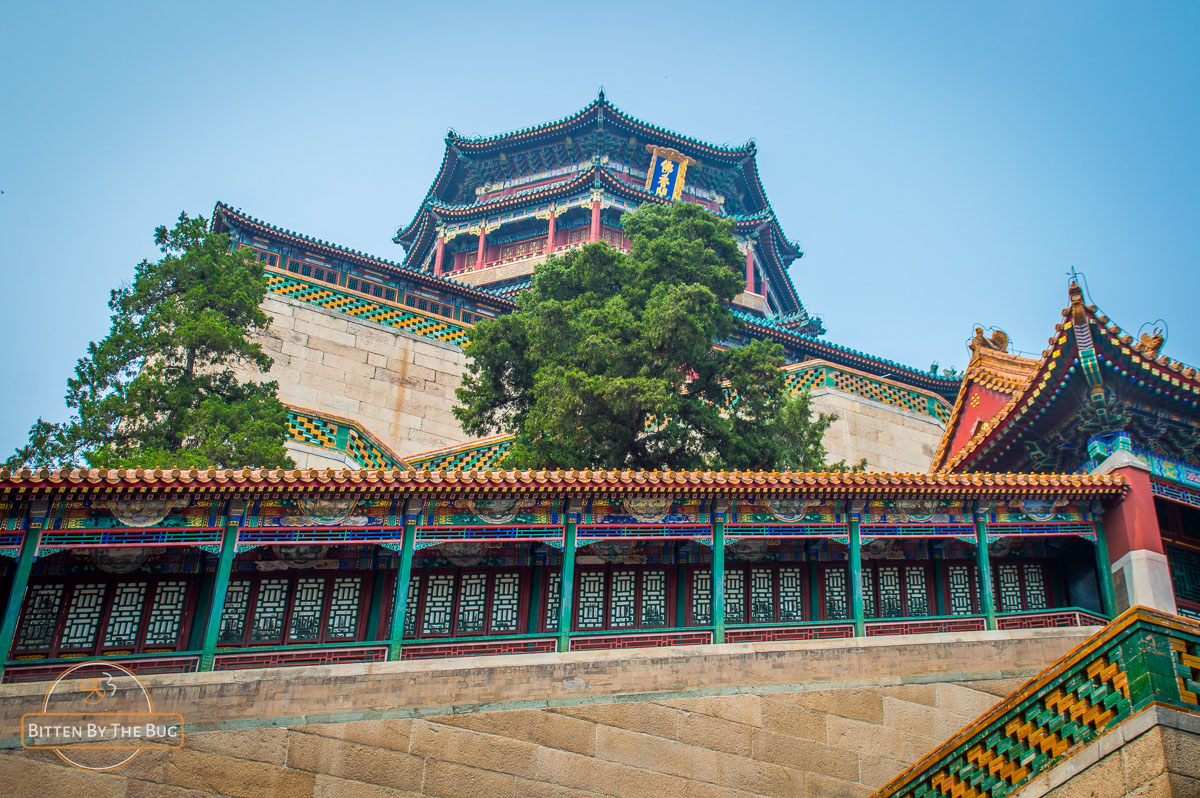 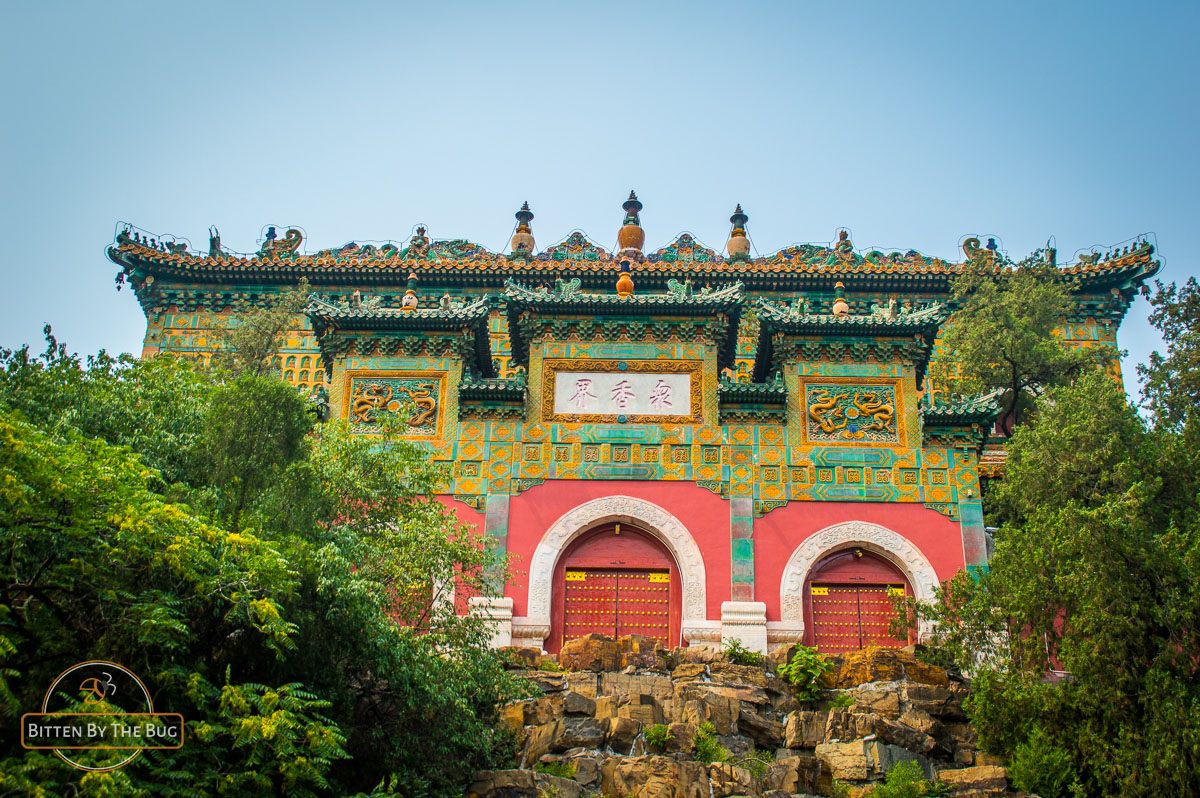 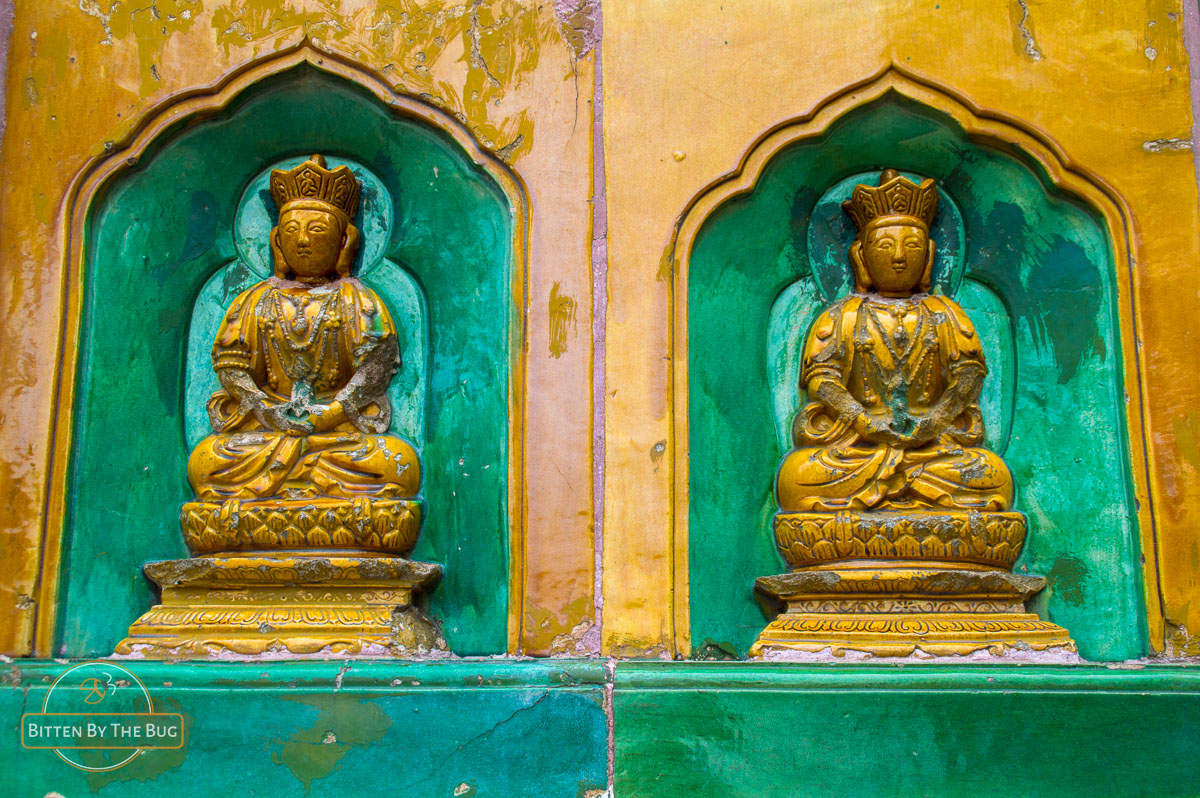 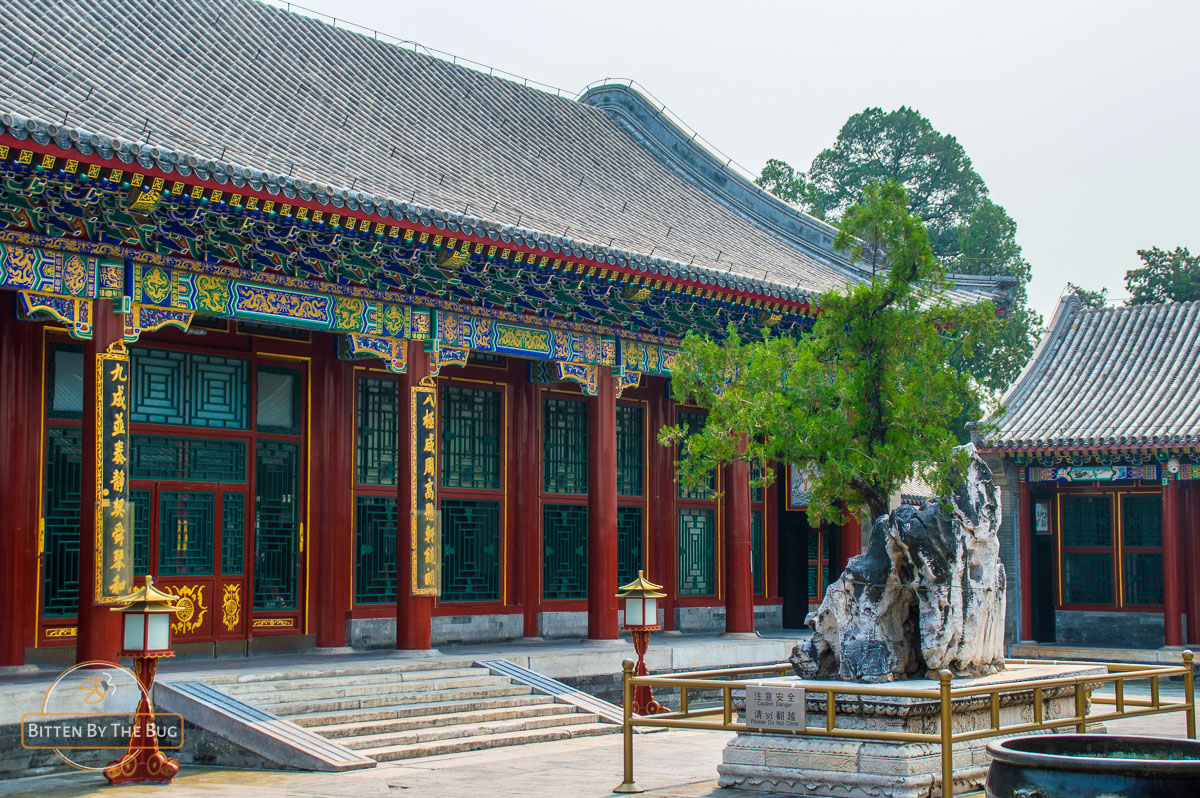 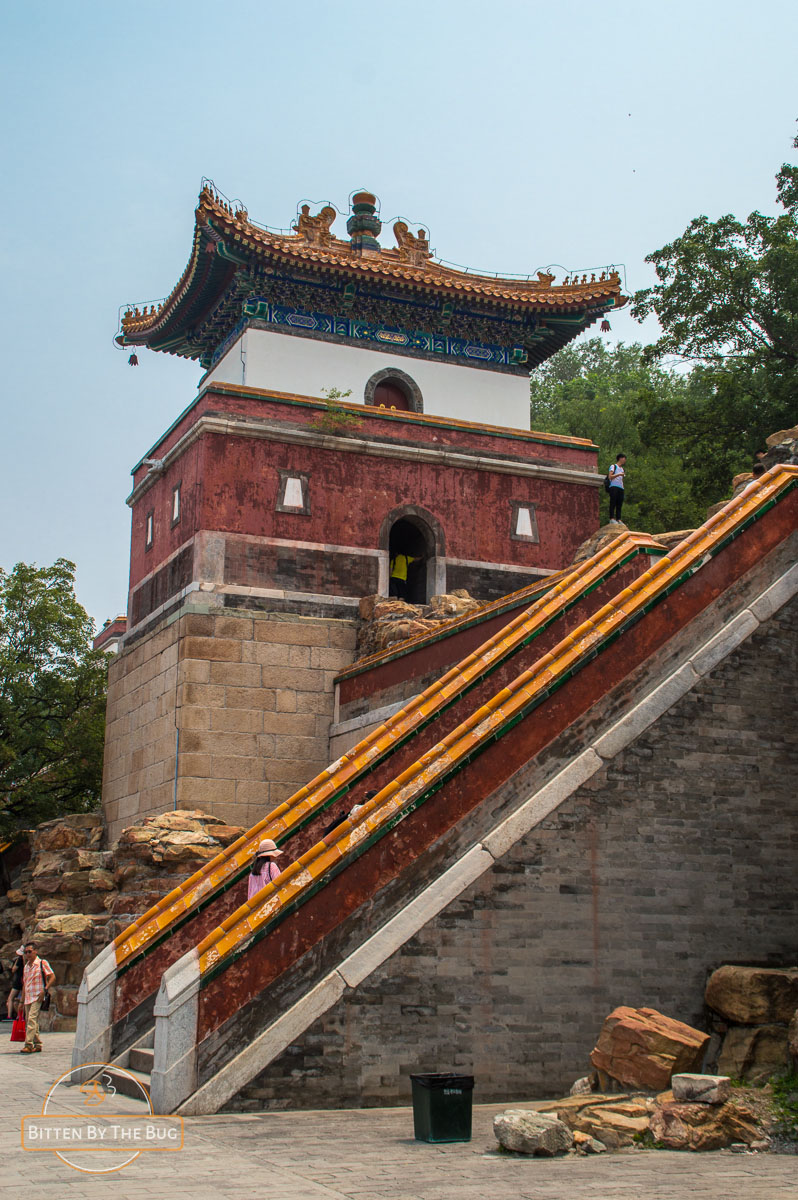 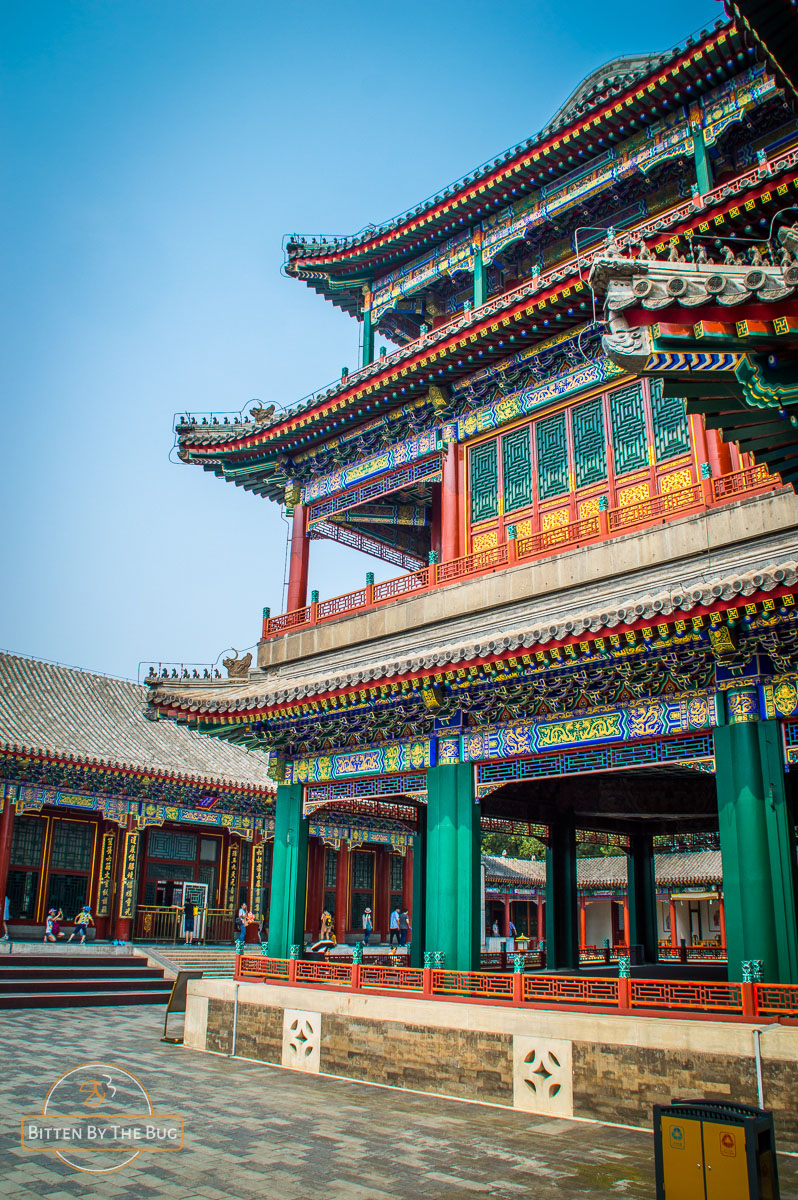