Built in 1420, the Temple of Heaven is an ancient garden complex on the southern end of Beijing. During the Ming and Qing dynasty, it was the sacred altar for emperors to offer sacrifices to Heaven and pray for a great harvest. It is also recommended as a peaceful napping spot.

Recovering from a long flight

After a long flight from Brussels to Beijing, with a stopover in Moscow, we headed to the Oriental Plaza in the center of Beijing to meet up with our host Victoria, an American teaching English in China. She was still working, but we could drop our bags at her workplace and explore the area without heavy backpacks.

We started off by visiting the Temple of Heaven. The name is a bit misleading because it's more than just a temple. It's actually a huge park (also known as Tiantan Park), which is why it was so appealing for us. Exhausted from our long flight, we were looking forward to laying down in the grass, do a nap and recover from our jetlag.

We were disappointed to see this plan thwarted by guards who shooed us from the grass perks when we were about to lay down, but something else quickly drew our attention. On a little square, three couples and some single old women, were dancing. I don't know what style of dancing it was, but it looked like a kind of ballroom dancing close to tango, but on Chinese traditional music. It was a spontaneous gathering; more dancers joined in, then others left again. 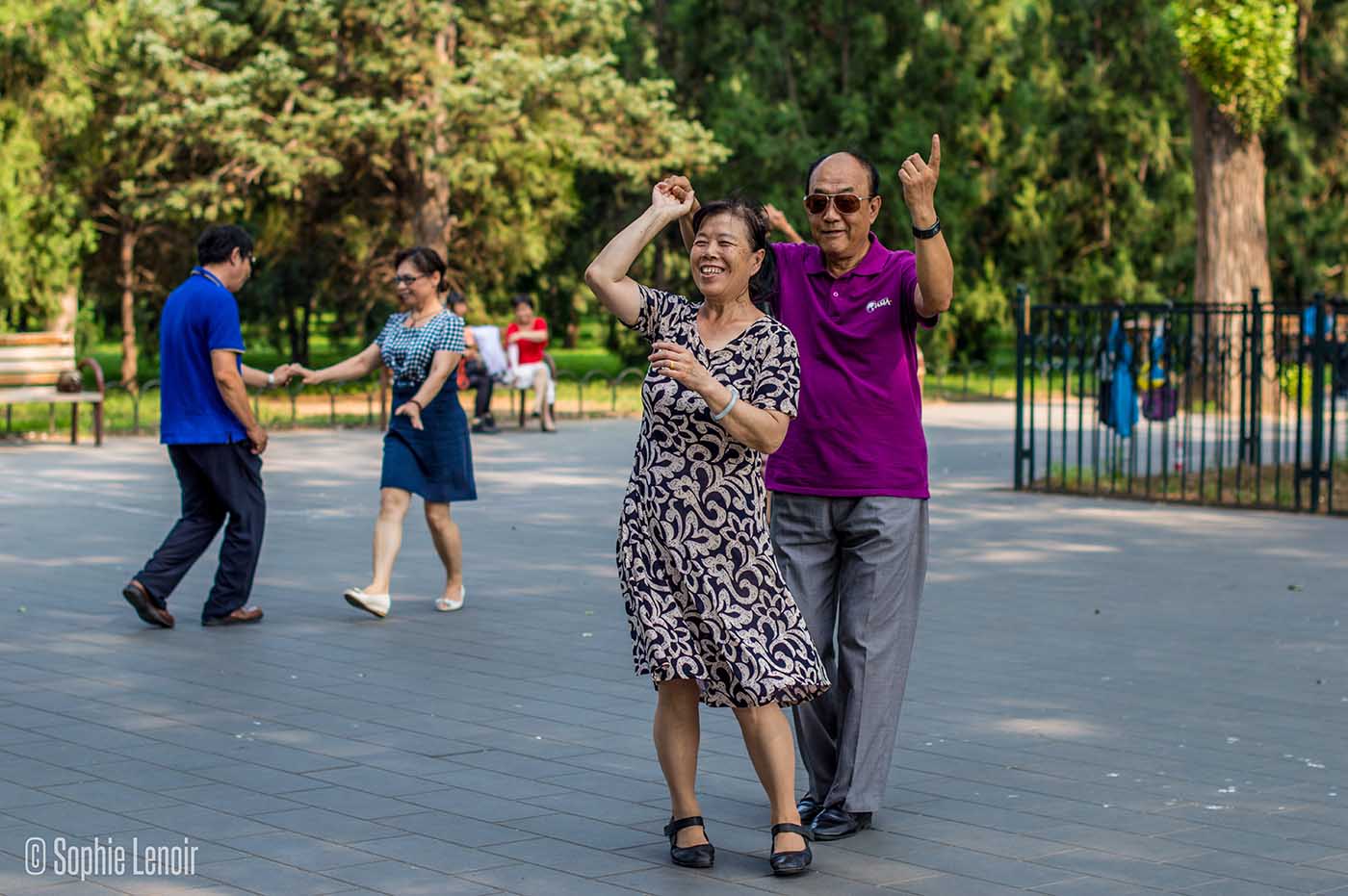 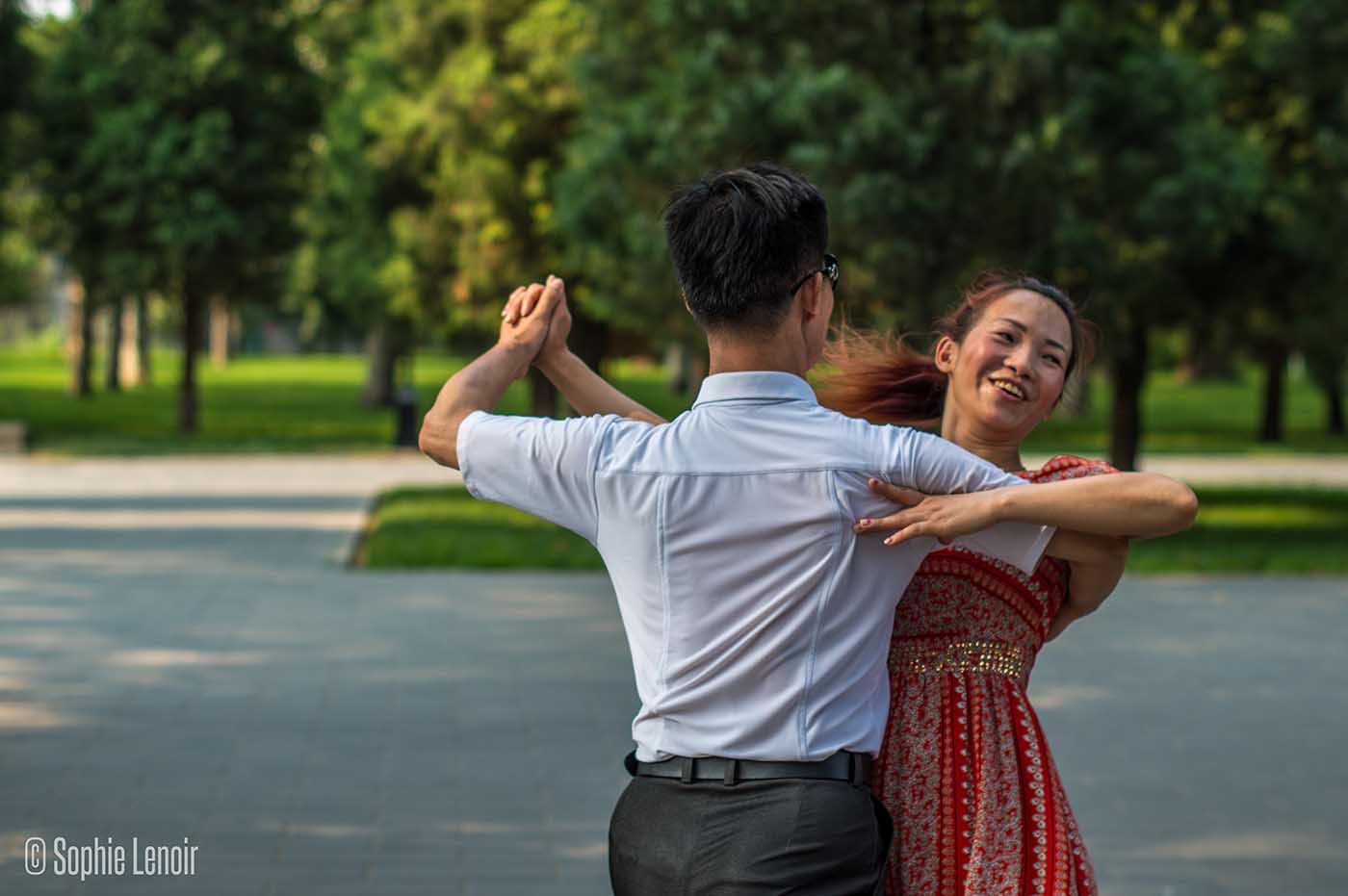 After sitting down watching them for a while, we set off to check out the rest of the park and its many temples. The Temple of Heaven was built during the Ming dynasty, as a place where emperors went for offerings to the heavens in order to obtain a good harvest. It was turned into a park in 1918, open to locals and tourists alike. Today it has become a playground for locals to hang out. Apart from Chinese people dancing, we also saw many others doing yoga, meditation, singing, jogging...

Prepare your visit to the Temple of Heaven

The park is immense and if you want to see everything, you better prepare your battle plan. We started at the north gate, but if you want to visit the park in the same order as the emperors did in earlier days, you should start at the south gate, and you'll subsequently see the following temples:

The Circular Mound Altar is a platform upon which emperors would meditate before proceeding to pray to the gods for good harvest. 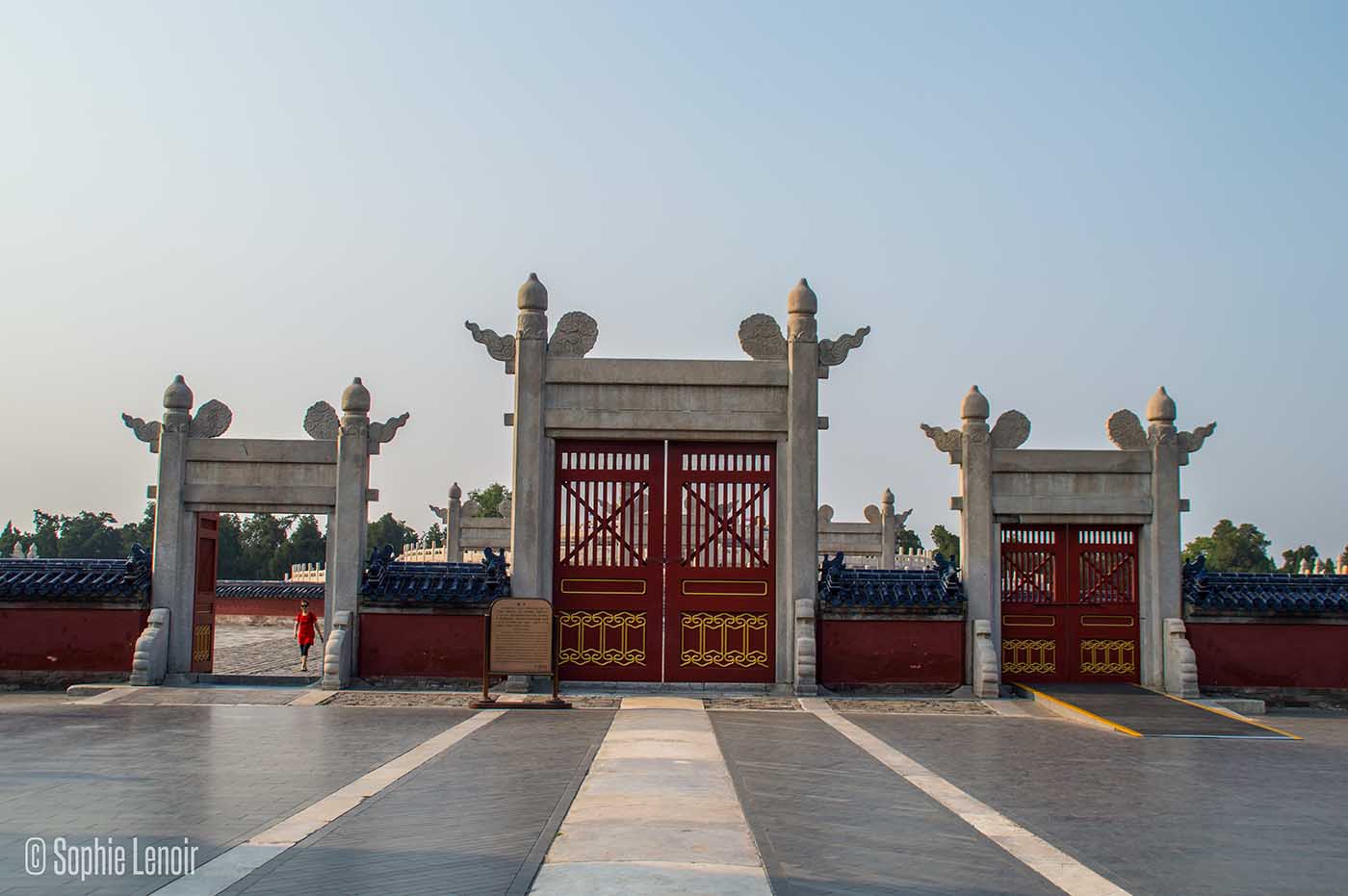 The Imperial Vault of Heaven is where the ceremonial tablets were stored. Inside is a circular wall, nicknamed 'The Echo Wall', built in such a way that sound travels much farther than normal. Even a faint whisper can be heard on the opposite side of the wall. 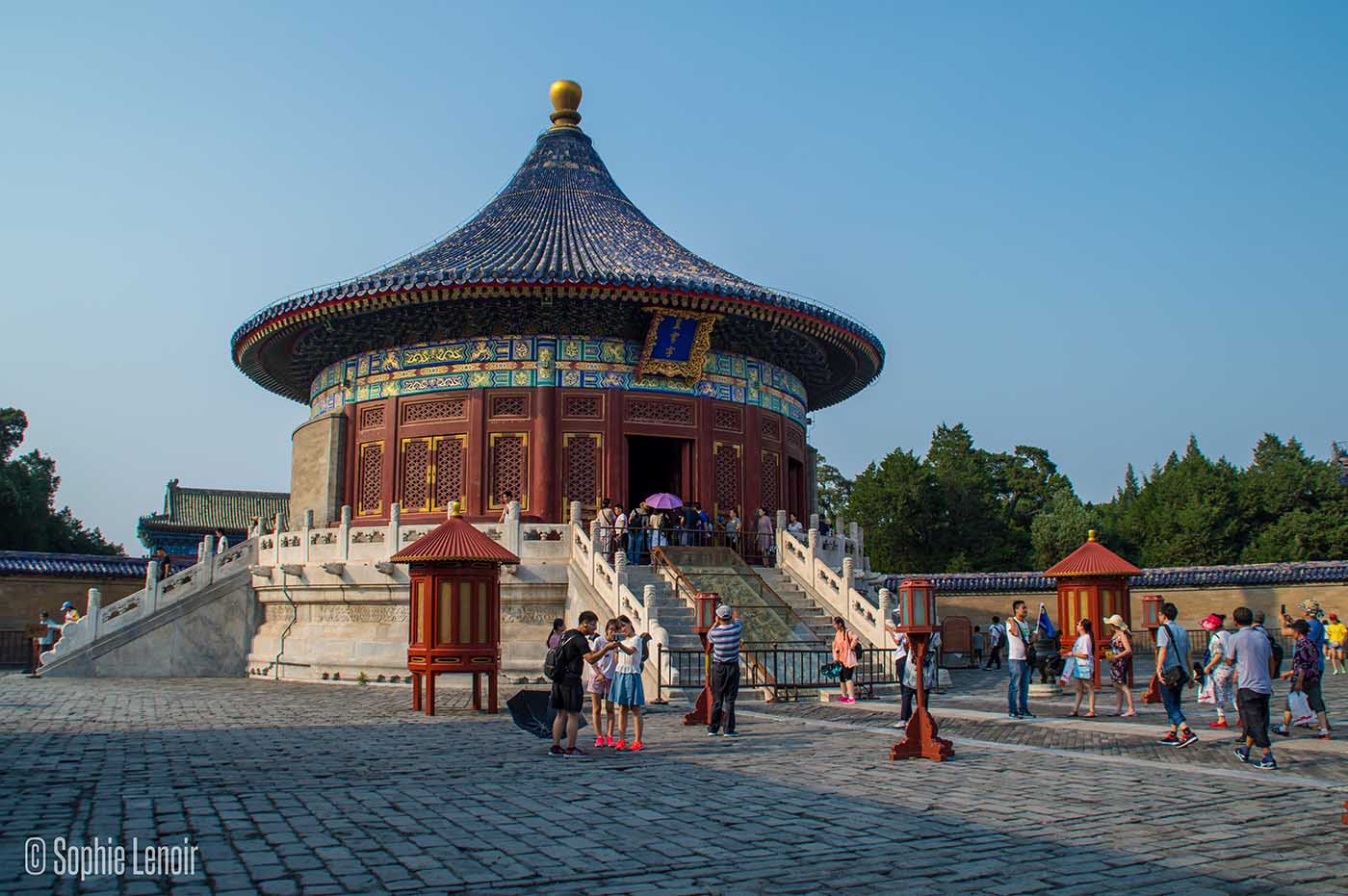 The Hall of Prayer of Good Harvest is the largest building in the complex. It has its own set of massive stairs and a gate, behind which the actual hall sits on top of a 3-layered white marble round altar and is supported by 28 wooden columns. There is much to learn about Chinese numerology here. Notice how many entities come in odd numbers; that is because Chinese people believe odd numbers possess heavenly significance, with the number nine representing the highest imperial authority. If you pay close attention, you'll notice how many construction details come in groups of nine. The number 28 -of the 28 pillars- has not been picked randomly neither; its four inner, twelve middle and twelve outer pillars represent the four seasons, twelve months and twelve traditional Chinese hours respectively. The temple is opulently decorated with colorful patterns and wood carvings. On this spot, emperors would pray for good harvest. 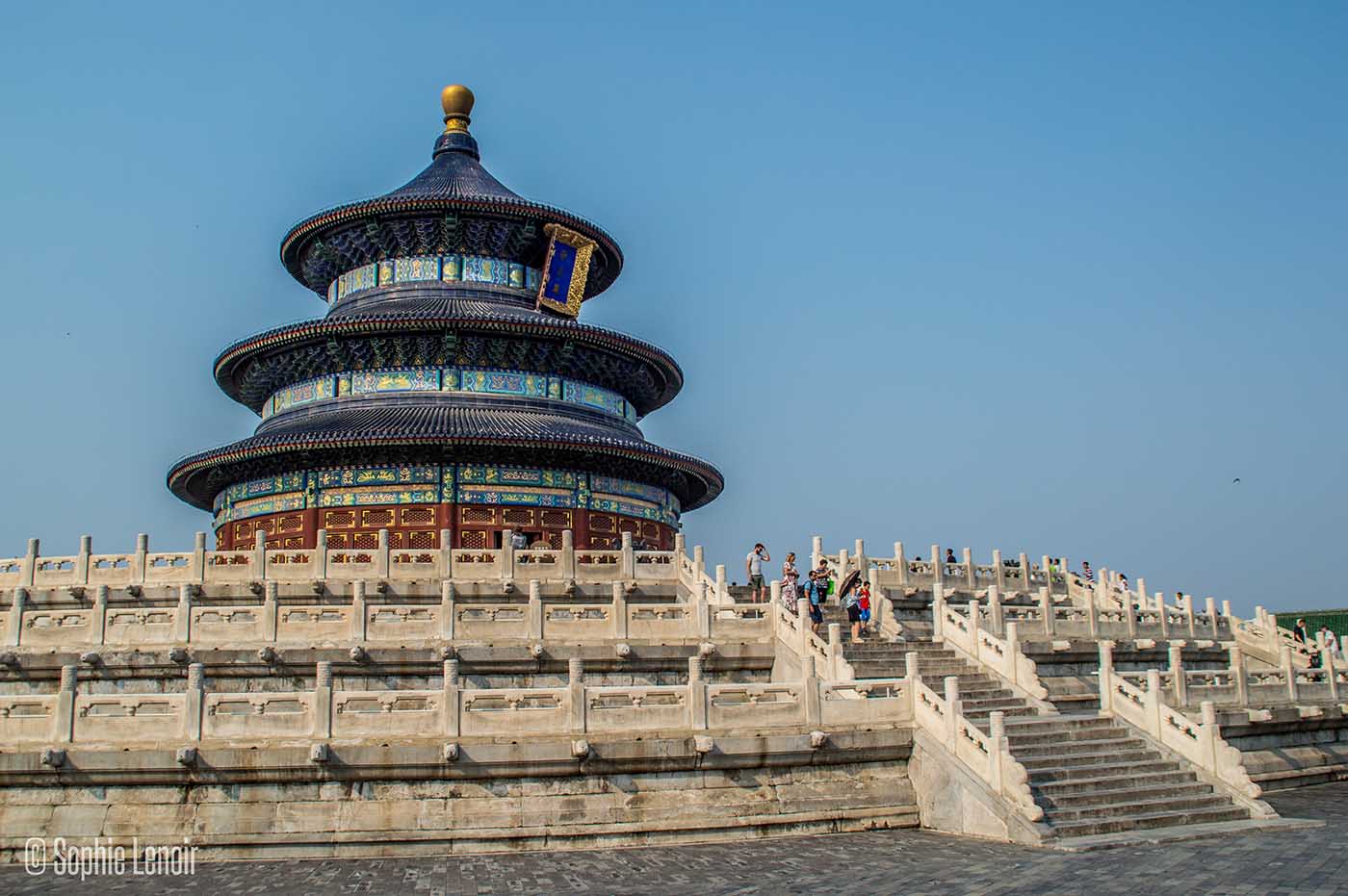 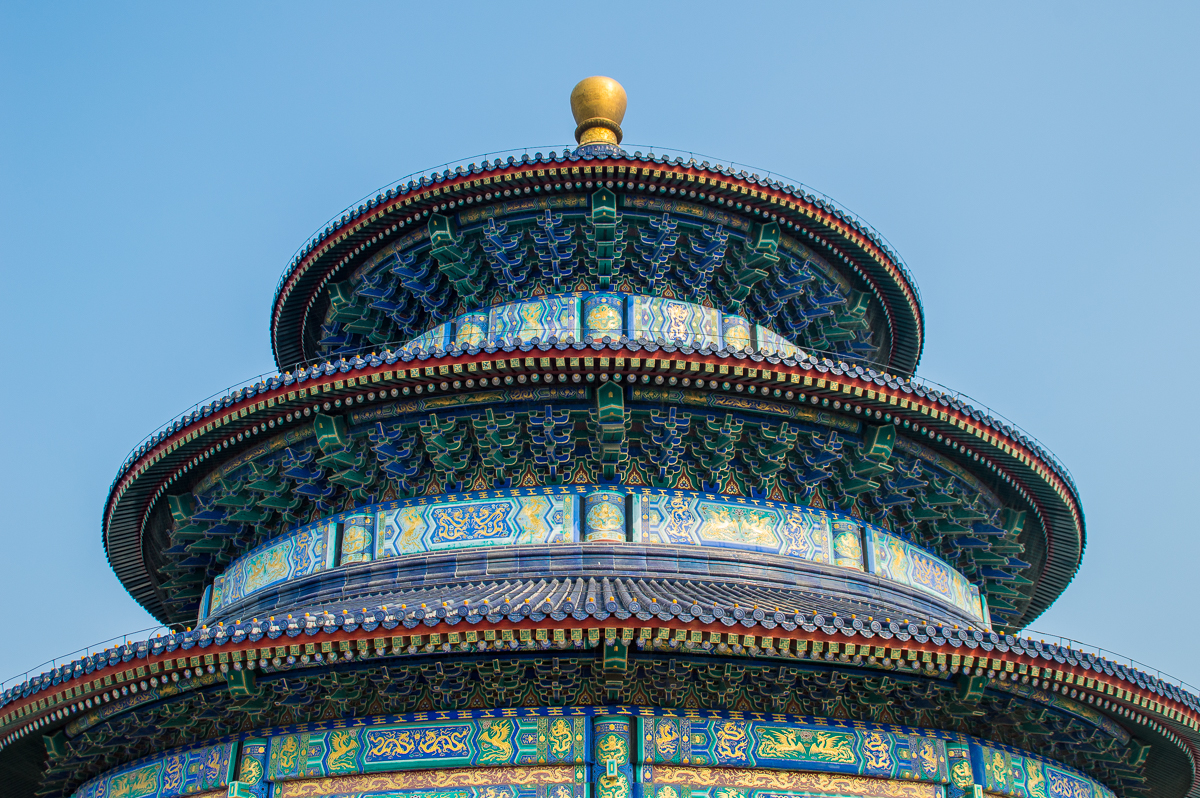 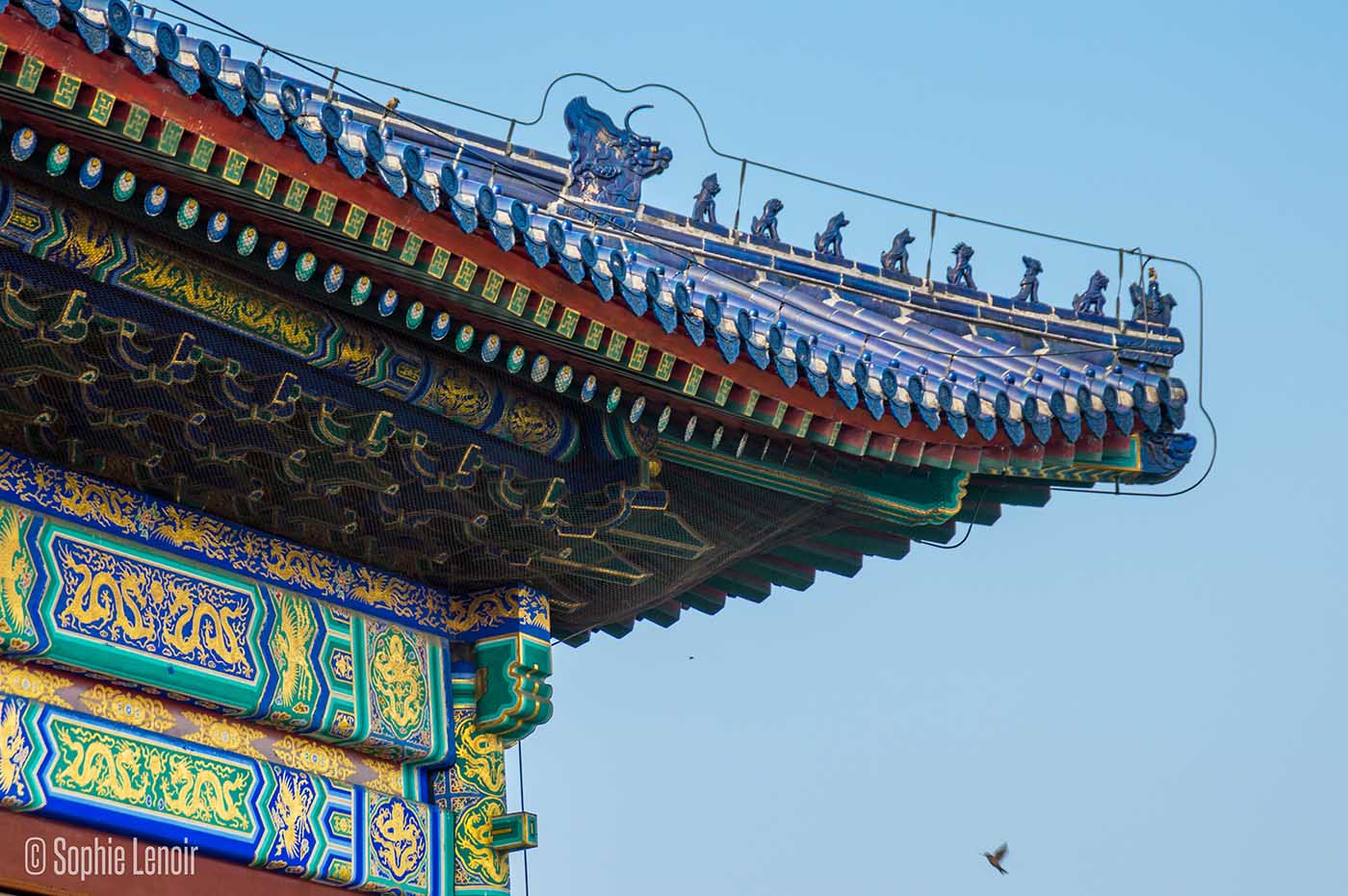 After visiting the temples, we moved away from the crowds and found a calm and shady spot further in the park, where we curled up and napped until dusk. 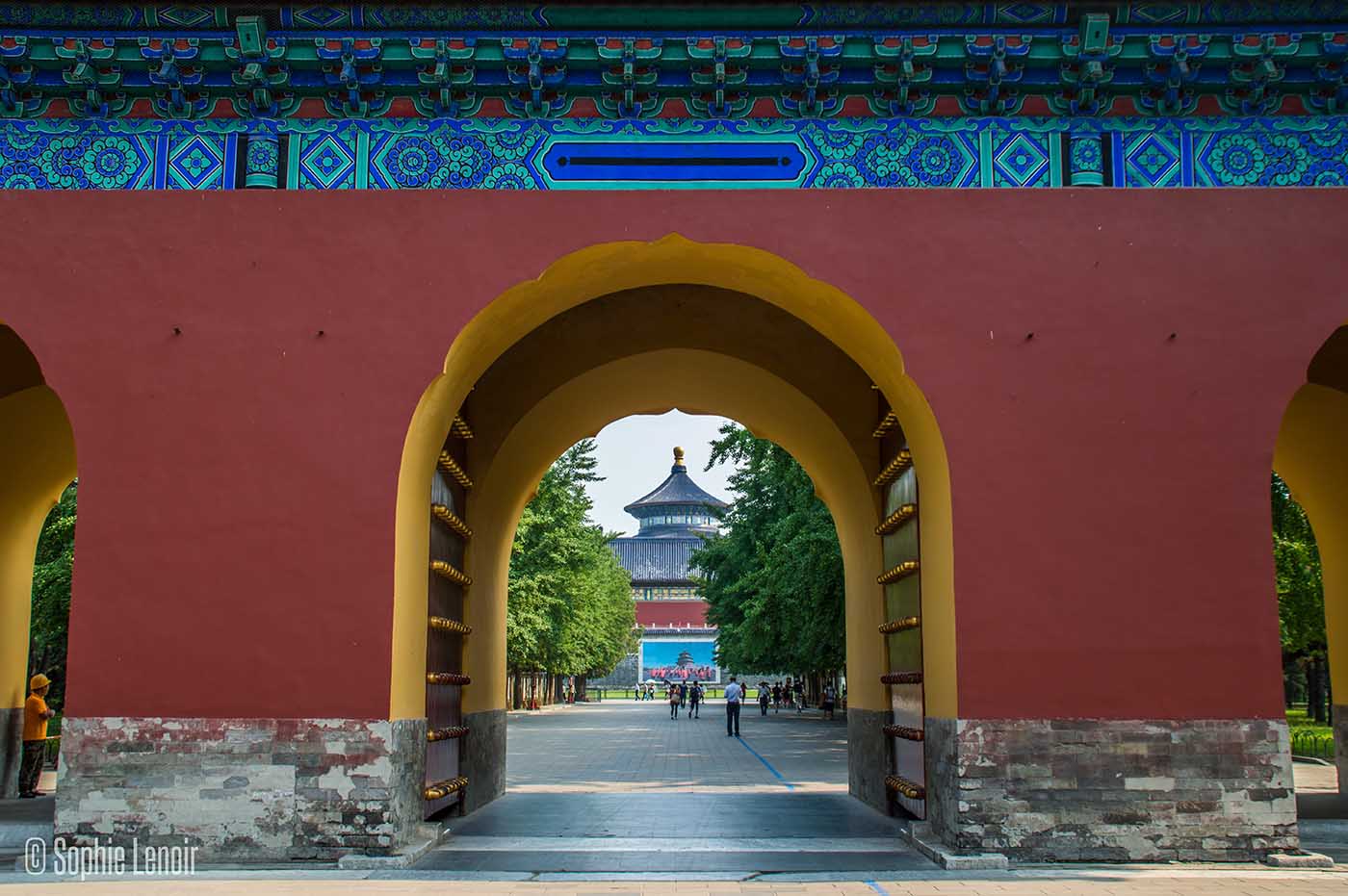 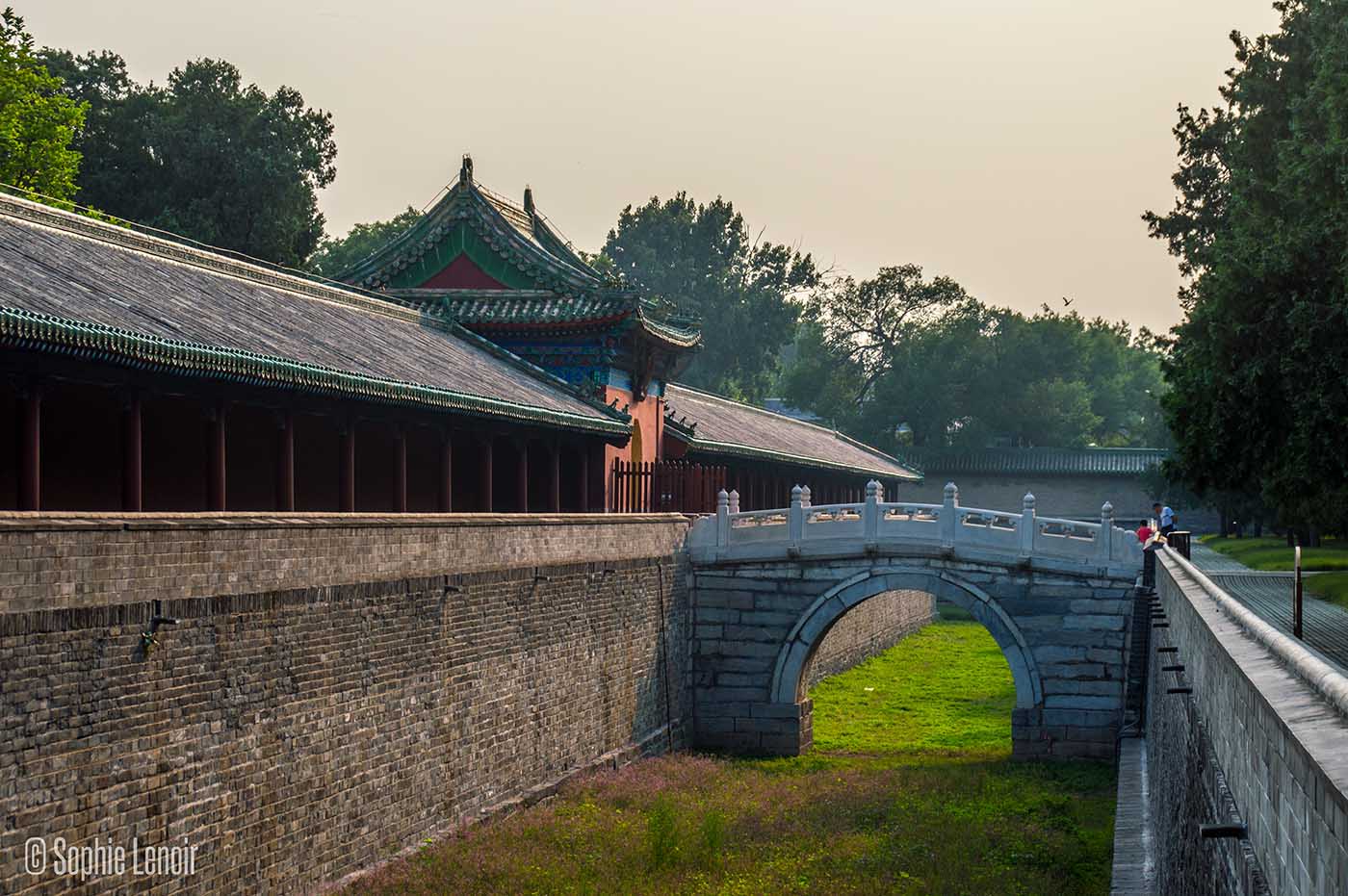 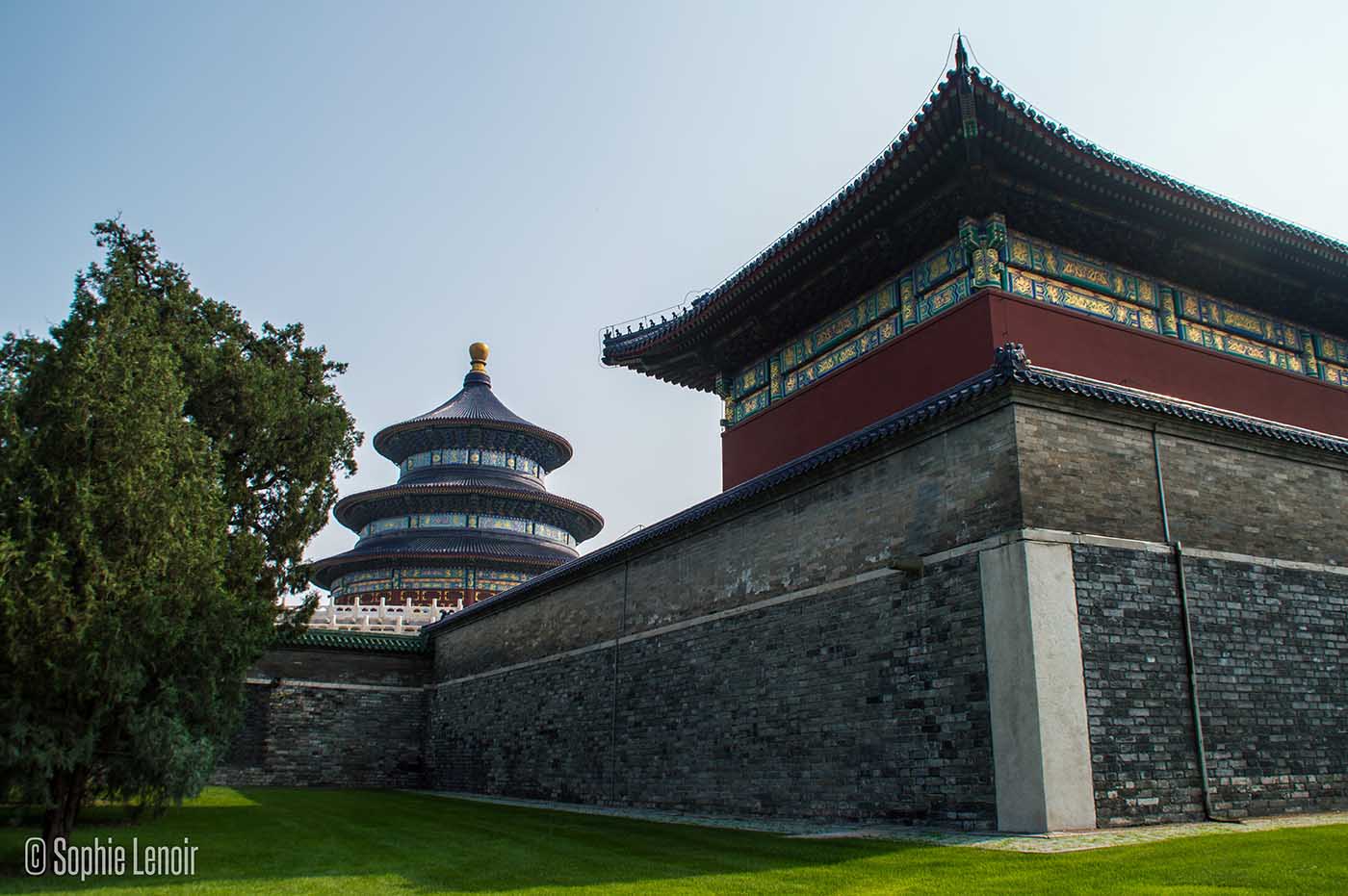 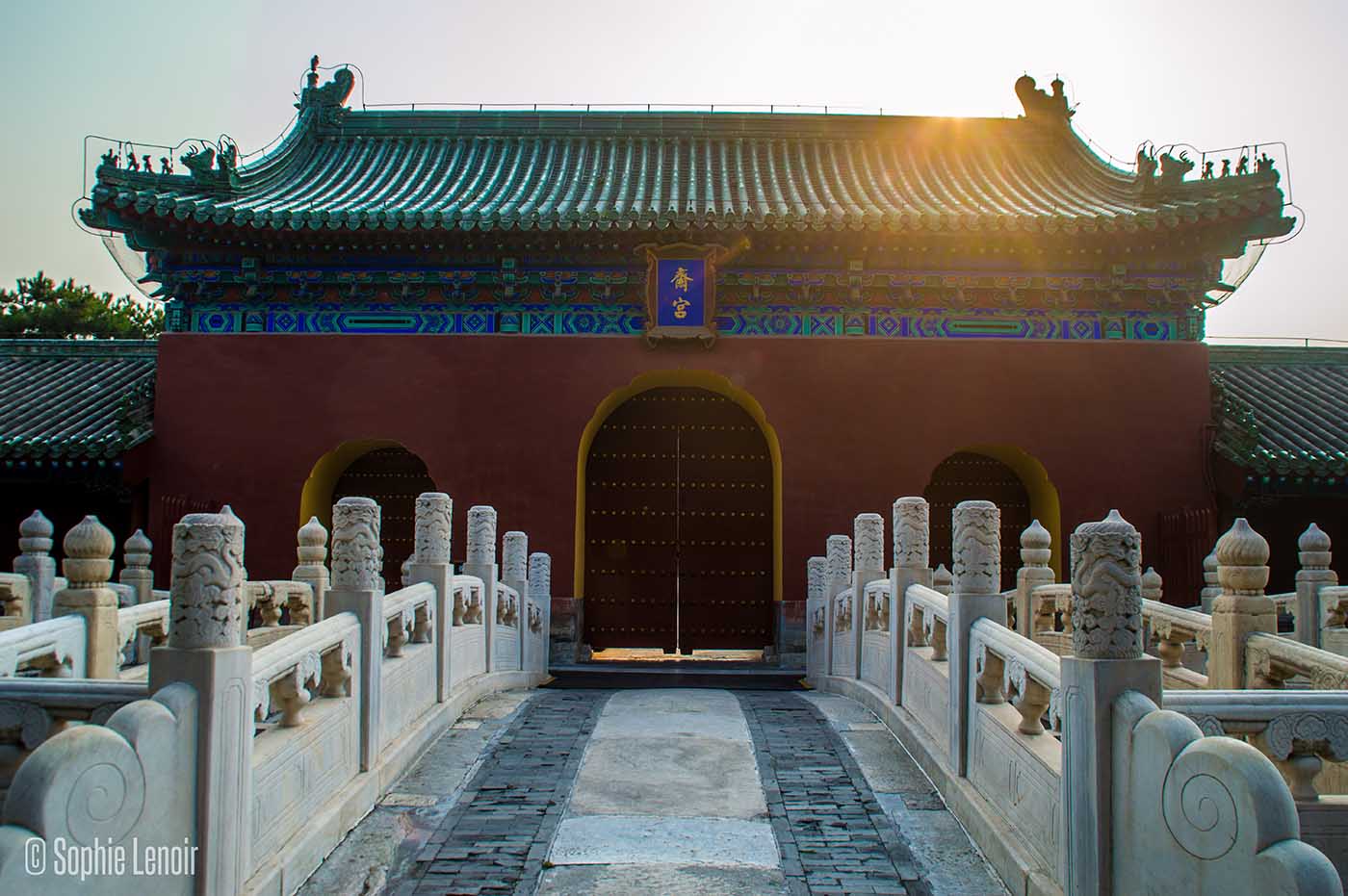