A brasserie can hardly become more Belgian than Skievelat. The very 'Brussels'-sounding name Skievelat is a first indicator of its local personality. This is confirmed by the fact that Skievelat is frequented by mainly Brussels inhabitants, but the major argument supporting this claim would be the typical Belgian dishes they serve. Read on to learn more about this typical Belgian eatery. 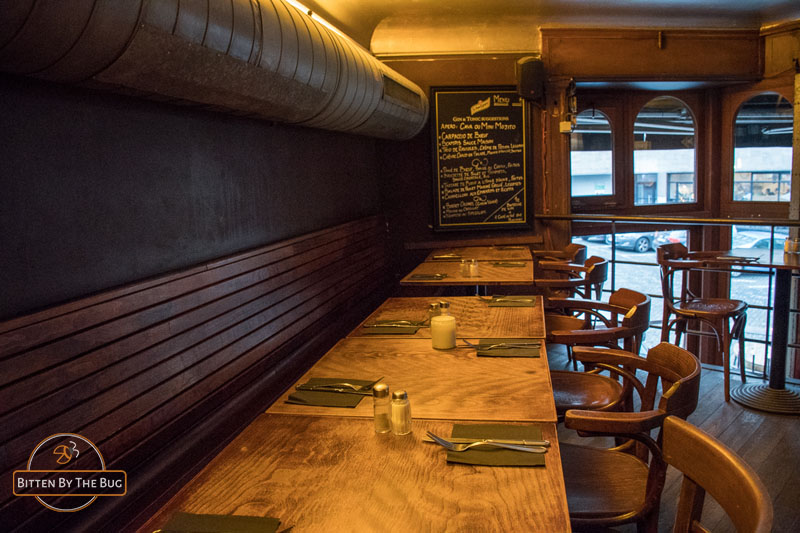 Maybe, to avoid confusion, I should start by pointing out that there are two restaurants called Skievelat in Brussels. They both belong to the same owner, but one of them is situated in Laeken while the other sits in the city center at Sablon. In this article, it's the latter I'll be talking about.

Personally, I think the name 'Skievelat' has a nice ring to it. The word itself means 'crooked planking', which refers to the shabby condition of the planking when they bought the first restaurant in Laeken. Upon opening a second restaurant, they decided to keep the name.

In the meantime, 25 years later, Skievelat Sablon is not a new concept anymore. But the building itself dates back much further in time, as it used to be a knitting shop and a capeverdian bar until the building was left abandoned for over a year. This is when the new owner decided to give the place a new life as a Brussels brasserie. The interior underwent a make-over, but the facade remained untouched.

The interior, then, has a somewhat industrial feel with a steel staircase connecting the two levels. Although in some cases the description 'industrial' evokes a certain coldness, this is not the case in Skievelat Sablon. The dim lighting, wooden tables and pleasant background music create an intimate and personal setting. 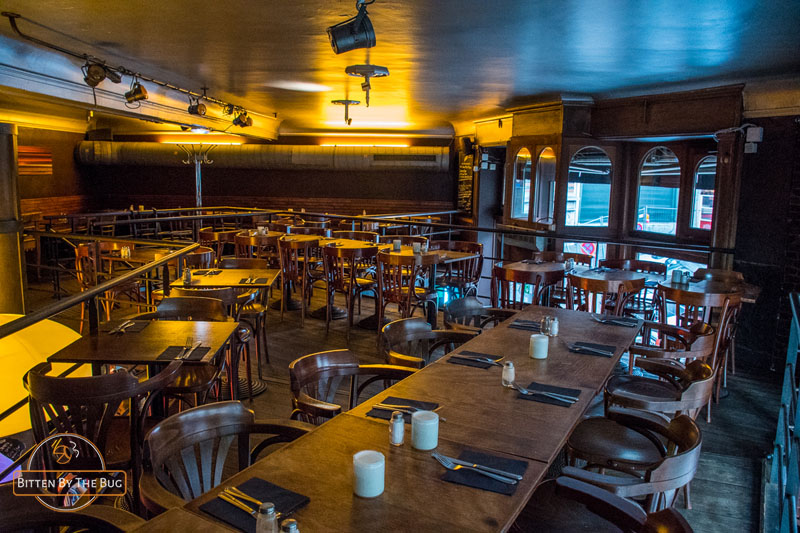 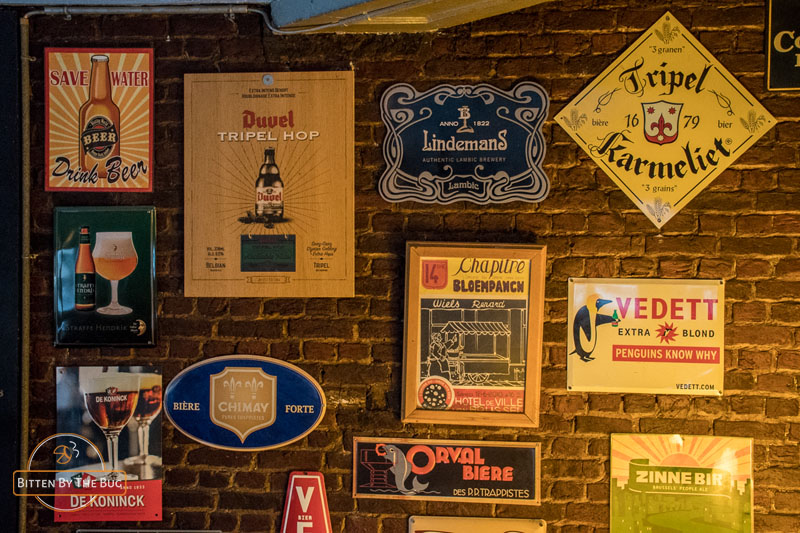 As mentioned earlier, the customers represent the Brussels population, but -and here comes a fun fact- apparently they come in shifts. Expect to find a majority of Flemish speakers at noon, and a majority of French speakers in the evening. Add some tourists in the weekends and some expats throughout, and you get a perfect imitation of the Brussels population all gathered in this restaurant.

As goes for many restaurants, when Skievelat opened up, the loyal clients were the owner's friends and family. Their descendants continued the family-tradition of eating here and brought their own friends and family over. And so it evolved. Today, Skievelat is frequented by both a core of habitués as by people of all ages coming from all over Brussels.

It might be good to know that the restaurant is also open on Sunday, non-stop from noon until the evening. Given its proximity to the Marolles flee market, it is a nice ending point for a stroll from Place Jeu de Balle towards the beautiful Sablon.

However, the most important reason to check out Skievelat, is its food. If friends from abroad come over to visit, you should take them here to introduce them to local cuisine. The menu offers some very typically Belgian dishes, such as a platter with Belgian meat-style tapas, home-made americain with french fries, carbonade with gingerbread brown sauce, meat balls with Gueuze or tomato sauce, stoemp (mashed potatoes with vegetables), rabbit with sour cherries or a gratin of chicory and ham (a typical Winter dish).

But there's also classical pasta, meat and poultry dishes. Vegetarians will probably stick to one of the pasta options. 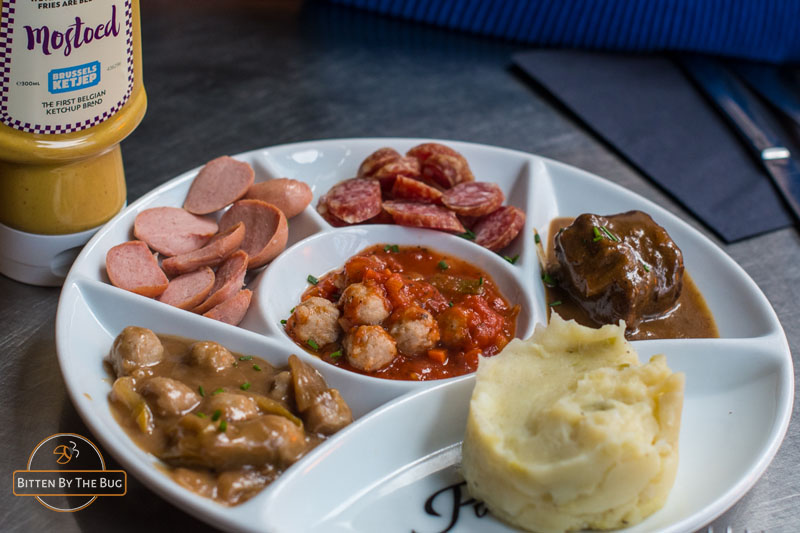 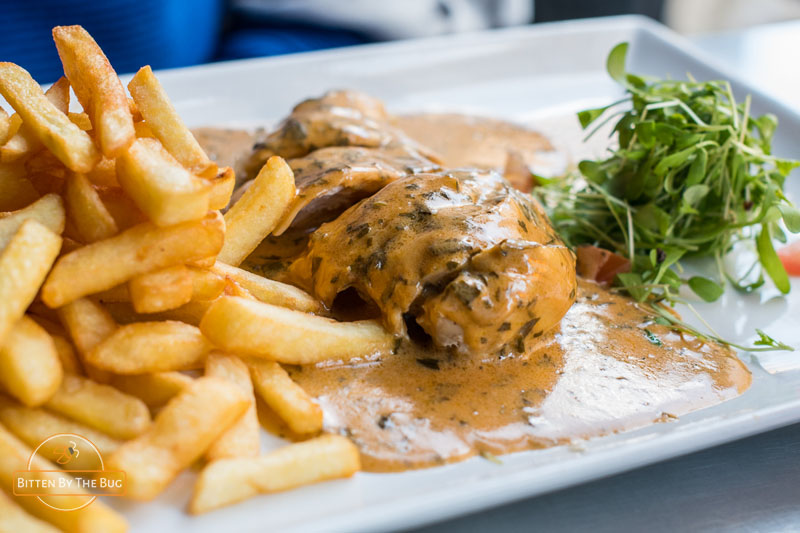 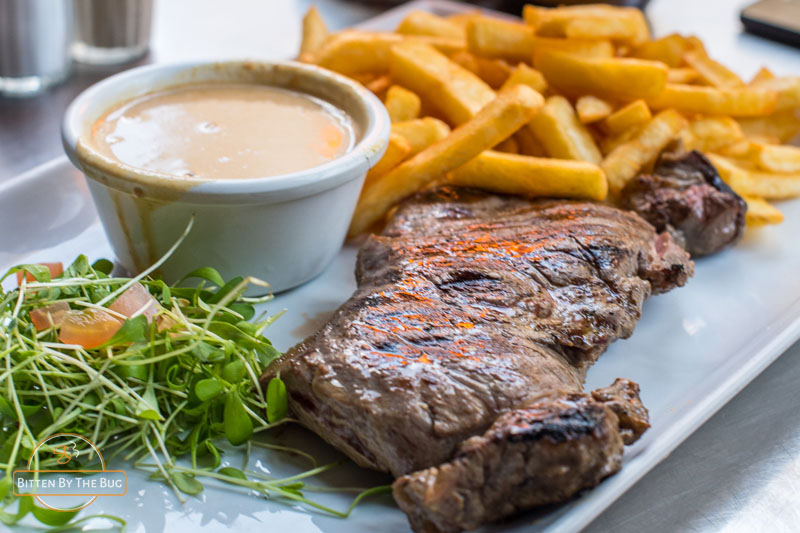 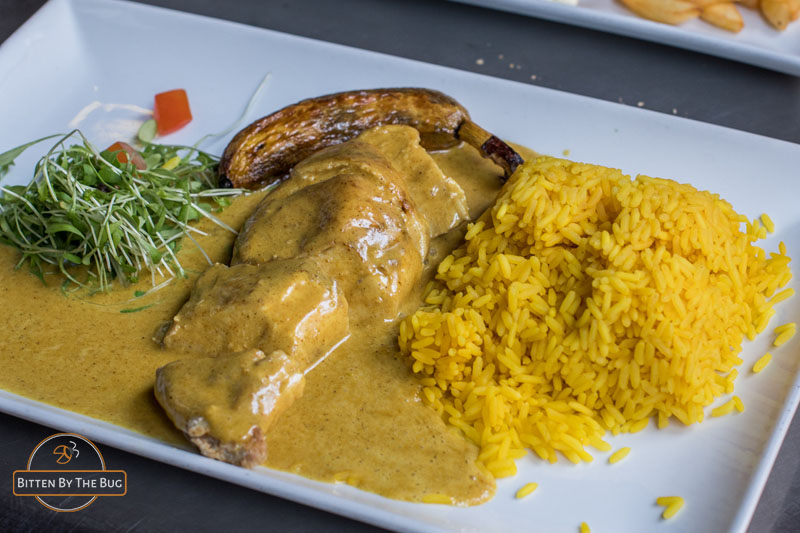 No Belgian meal is complete without a Belgian beer, and at Skievelat you can discover a new beer every month. There are four different beers on tap, among which three classics and one special. Every month, one rather uncommon beer from a small, artisanal brewery is selected. To give you an idea, when I visited, the special beer was Bons Voeux from Brasserie Dupont.

As can be guessed from all bottles hanging upside-down behind the bar, there is also a large selection of strong liquors. They're especially proud of their gin-tonic with adapted tonics, and, just as the special beer, the recipe of the gin-tonic changes every month. 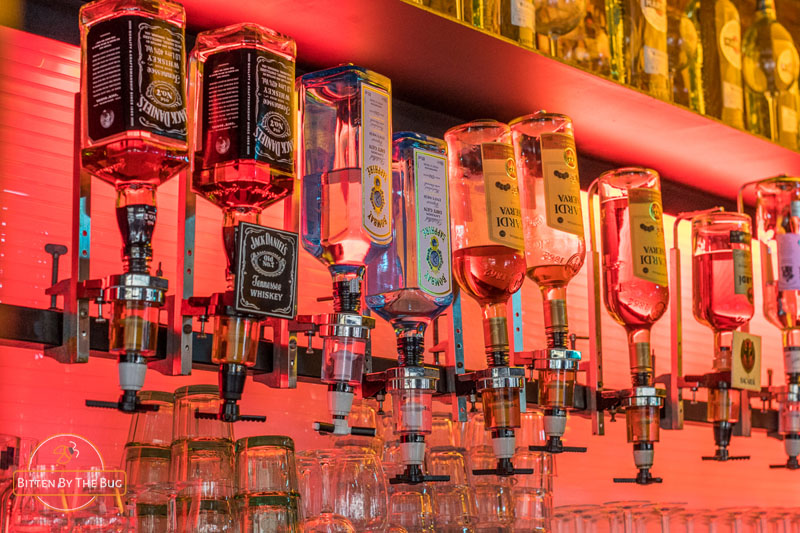 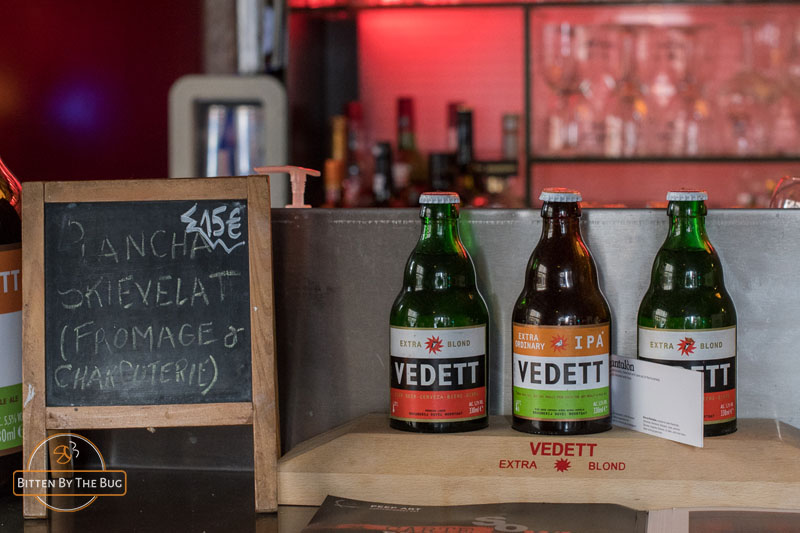 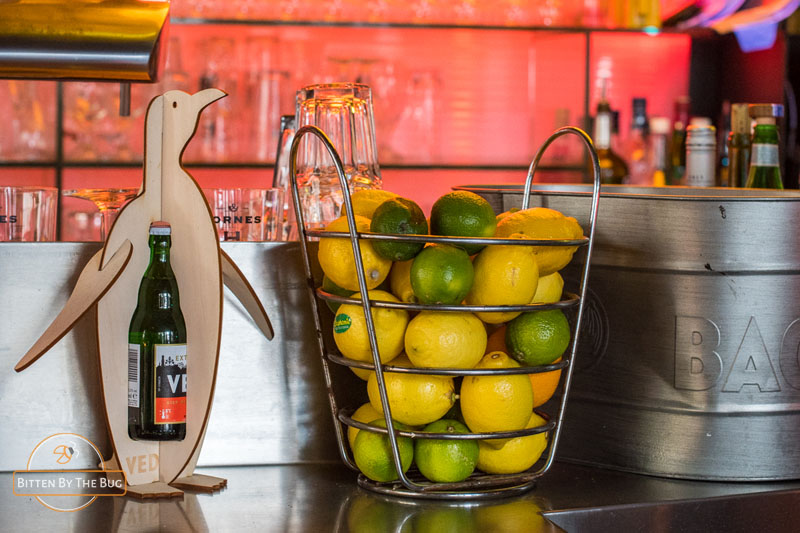 To conclude, if my point wasn't clear yet, Skievelat Sablon is a typical Belgian brasserie with large portions of food for decent prices. This applies to both food and drinks. Nothing crooked over here!