The Saint-Catherine area boast many restaurants, but only a few go back as far as Le Pré Salé which exists since '63. Formerly a butchery, this restaurant has become an established name in Brussels. The interior decor has barely changed and neither has the menu that focuses on typical Belgian food. 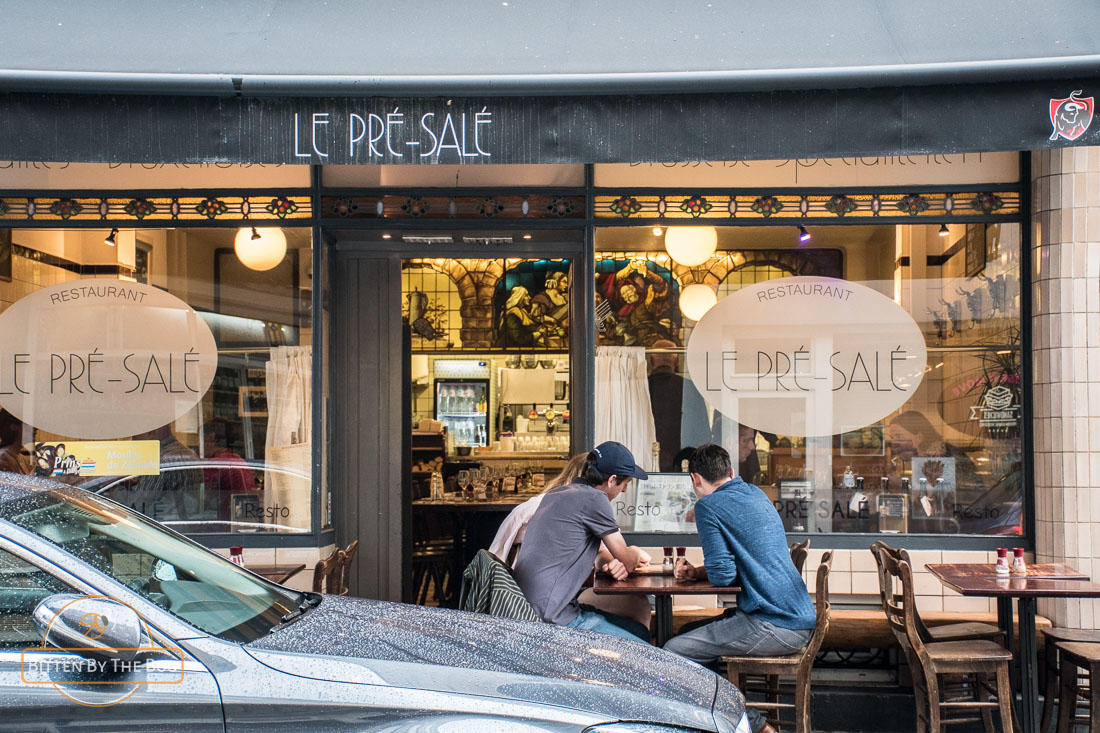 Situated in the Vlaamsesteenweg, Le Pré Salé looks so typically Brussels it is hard to walk by without noticing. If you're not tempted by the smell of mussels served outside by waiters in neat black-and-white costumes, the authentic character of this always crowded place will. The interior design is actually really simple with very little frills and thrills, but I like that you can obviously tell this used to be a butchery. The meat hooks are still attached to the white-tiled walls, and a nice stained-glass window above the open kitchen is the main eyecatcher of the dining hall. 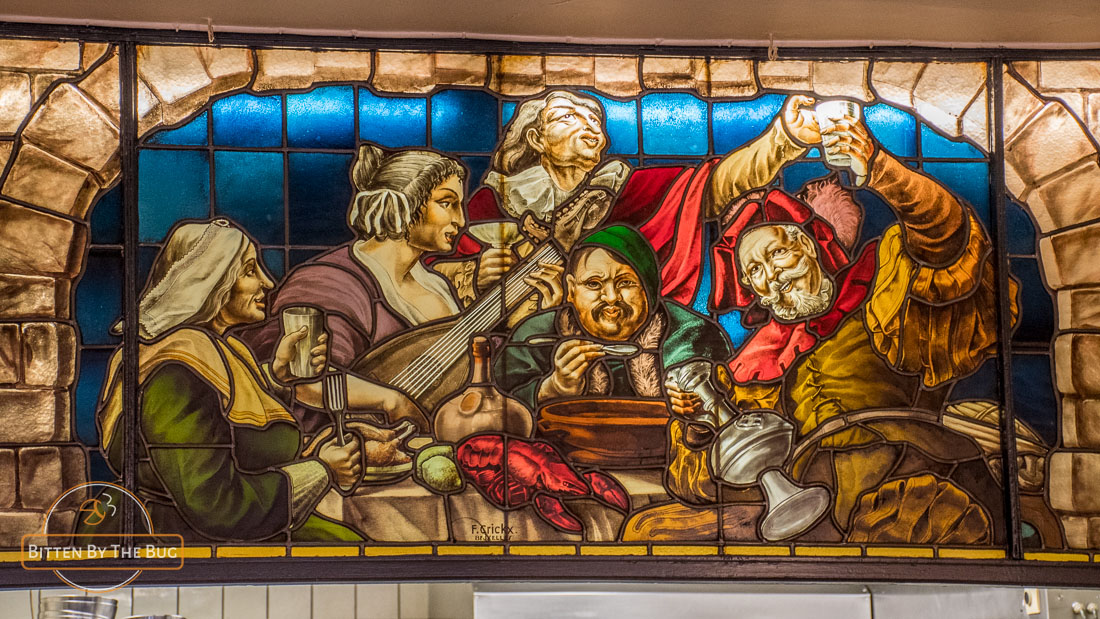 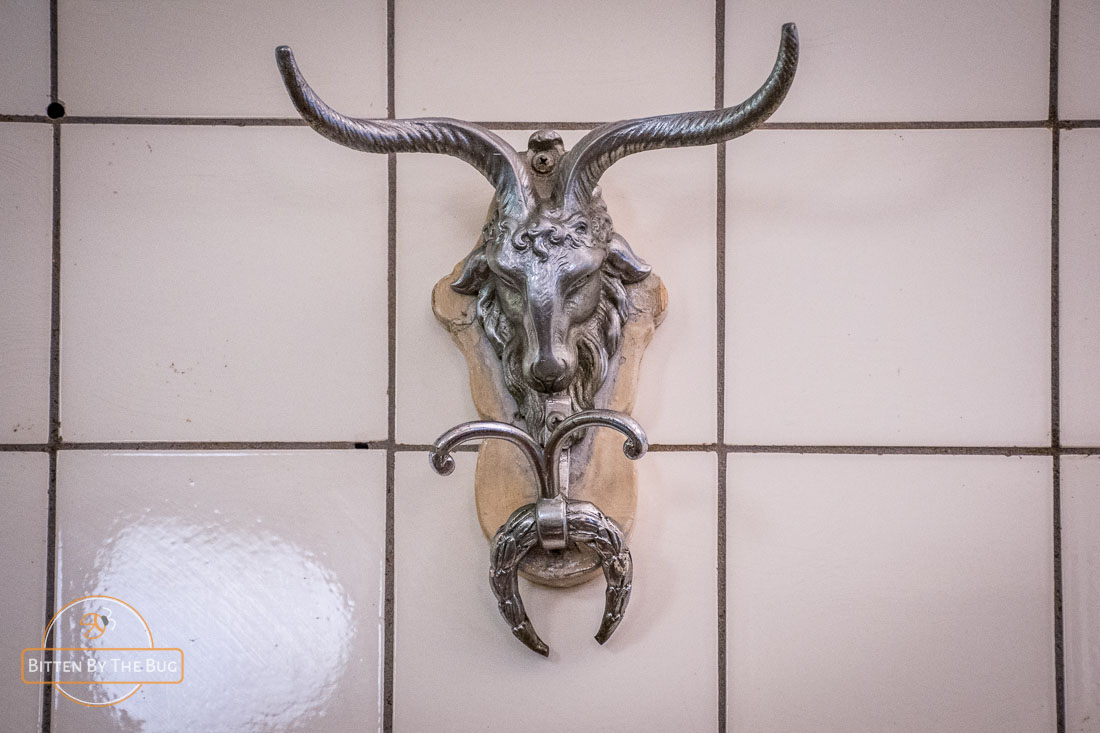 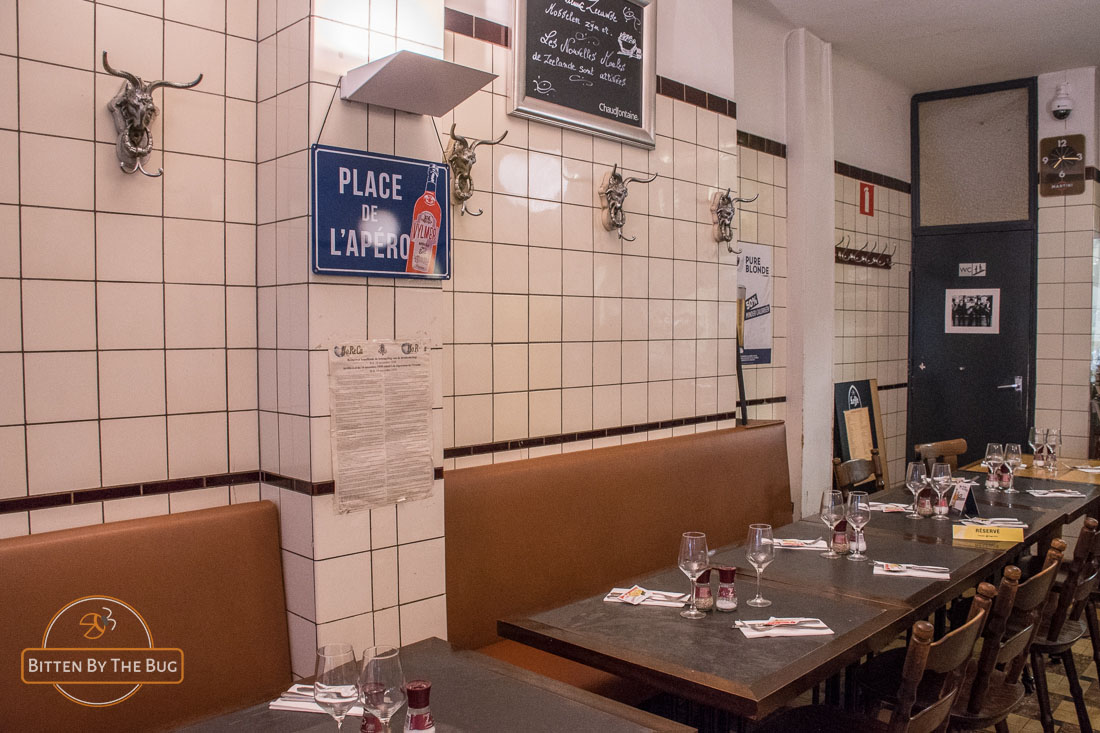 As Le Pré Salé is always crowded, it is most likely you'll be seated shoulder-to-shoulder with the next person. The tables stand so close to each other that the waiter had to move one aside so that I could squeeze in. If you're taking your date out for a romantic dinner, you might want to go elsewhere. If instead you're up for taking in some Brussels atmosphere and typical Belgian food, then this down-to-earth neighbourhood restaurant is your place. Funny, arrogant and energetic at the same time, the waiters are interesting stereotypes of the real "Brusseleirs". 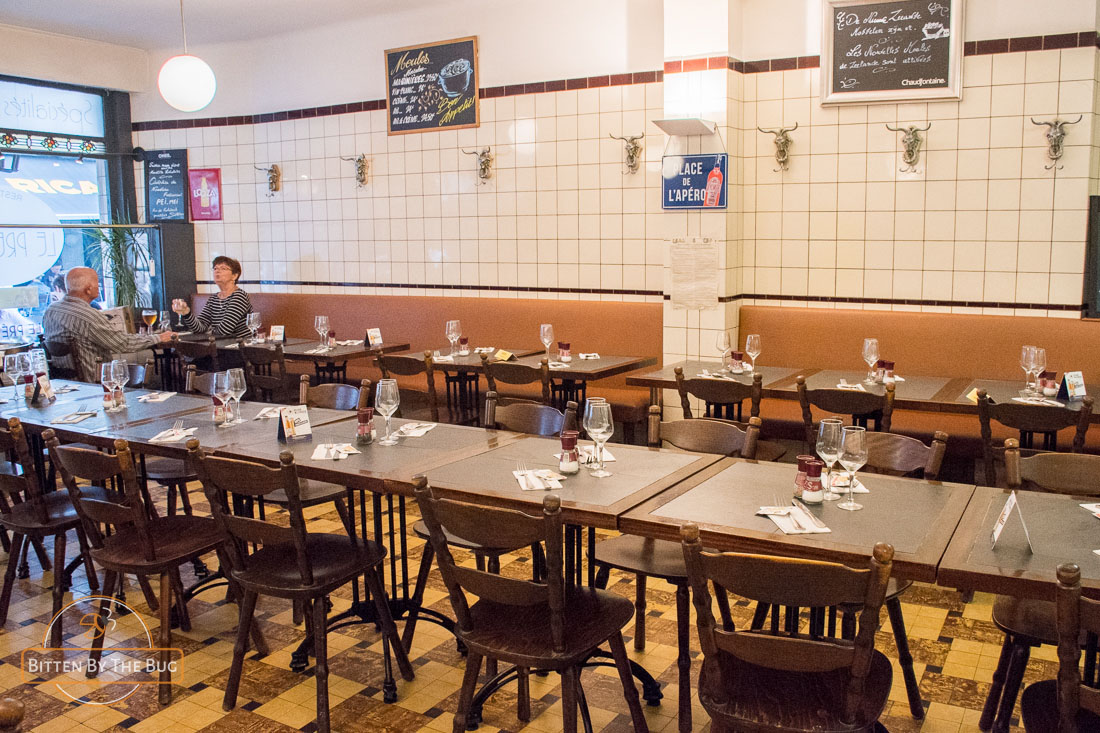 When the restaurant gets too crowded, they open a second restaurant a few meters further up the street: Le Petit Pré Salé. Although this building is a recent acquisition, the interior has been adapted to match the style of its big brother restaurant. One special feature stands out though... Look up to see the big triangular chunk of metal attached to the ceiling. Any idea what it is? (Always a good conversation opener.) It's an original piece of the Atomium! 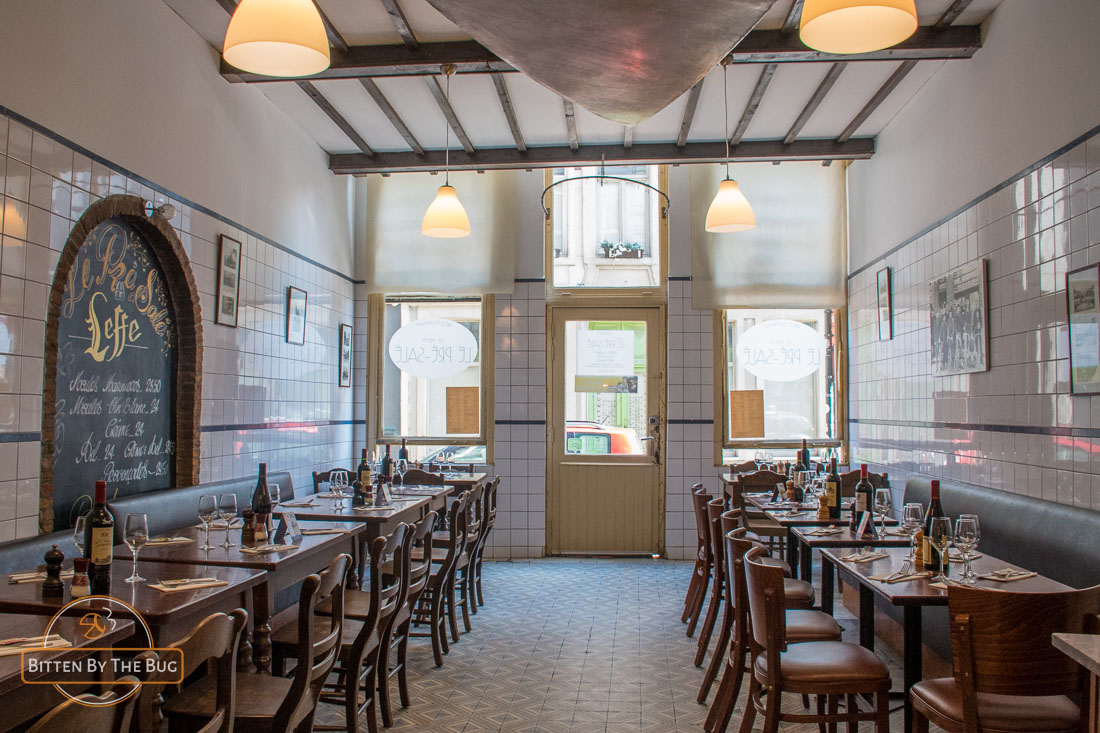 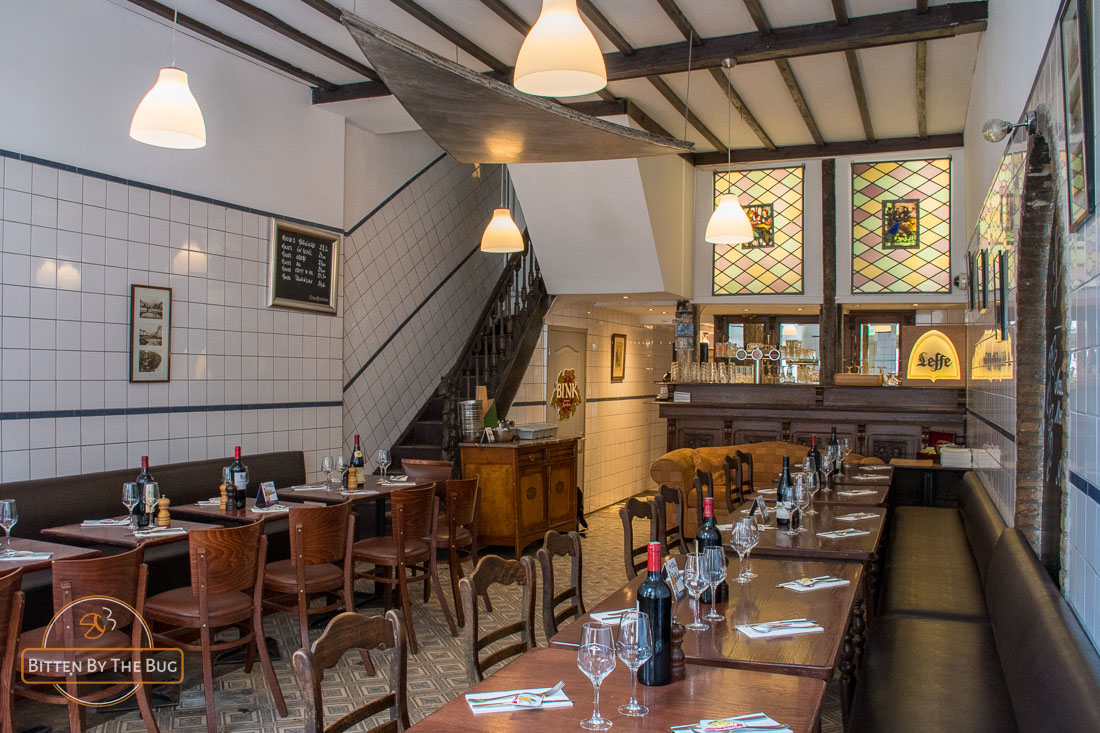 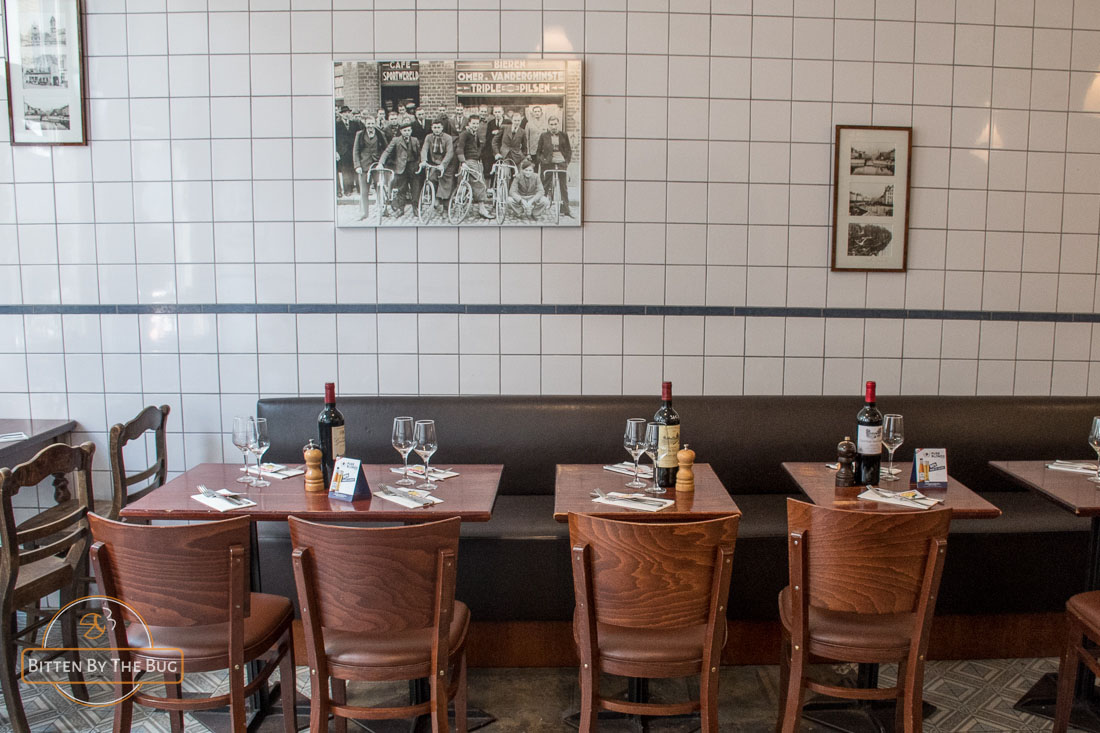 When it comes to the food, there is no difference between the two restaurants as one kitchen caters the two places. The menu features several (meaty) Belgian specialities. As for the starters, the shrimp croquettes are recommended, which are catered by partner restaurant François on Saint-Catherine which specialises in seafood. As for the main dishes you have several classics to choose from, such as carbonnade de boeuf (stew), filet pur de cheval (horse steak) or anguilles au vert (literally 'Eel in the Green'). The latter is a Flemish regional dish containing freshwater eel in a green herb sauce and hard to come by in Brussels restaurants. Another main attraction are the mussels and fries which come in big portions. 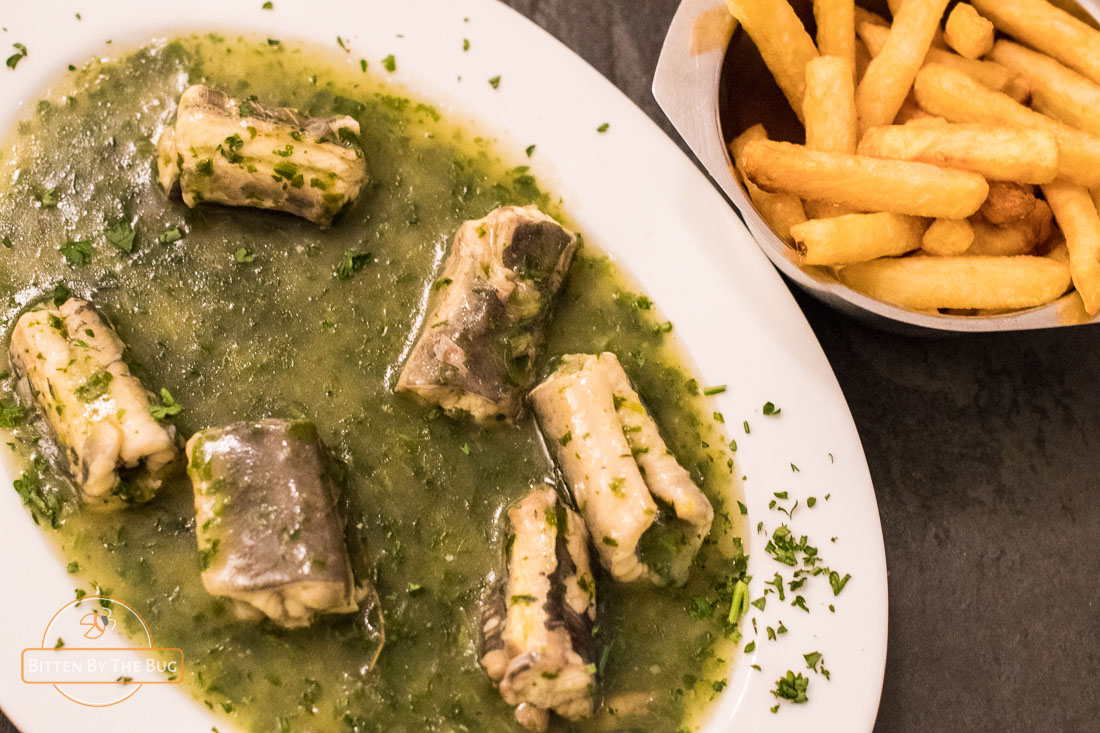 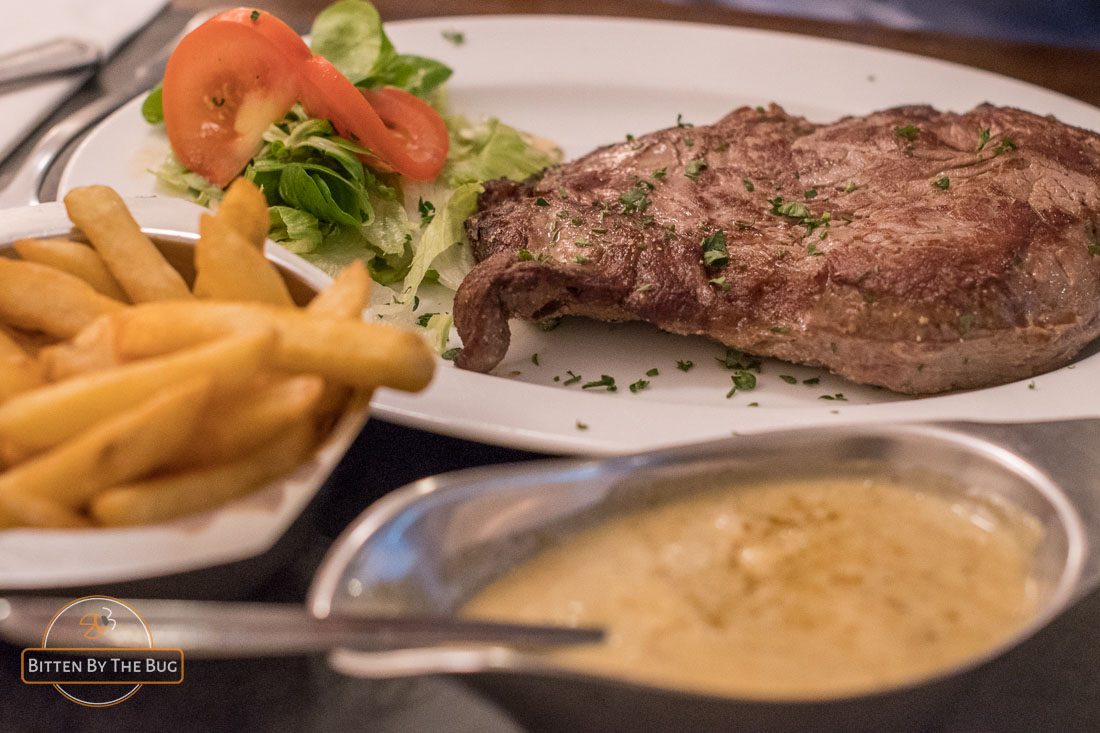 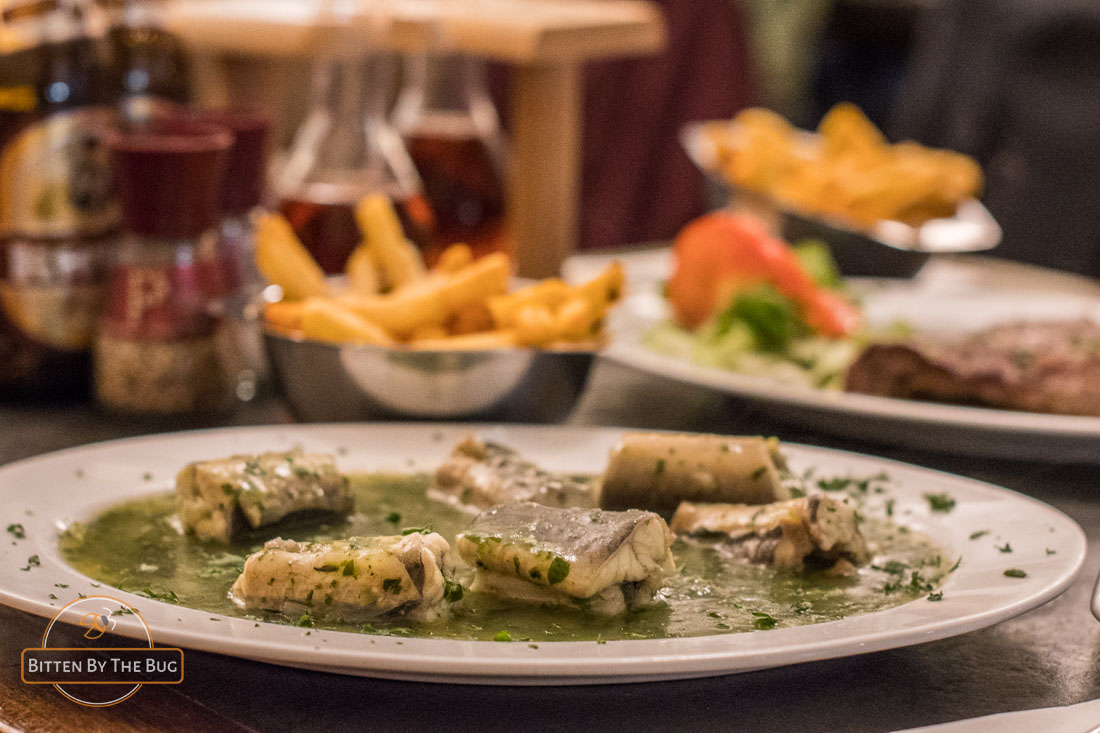 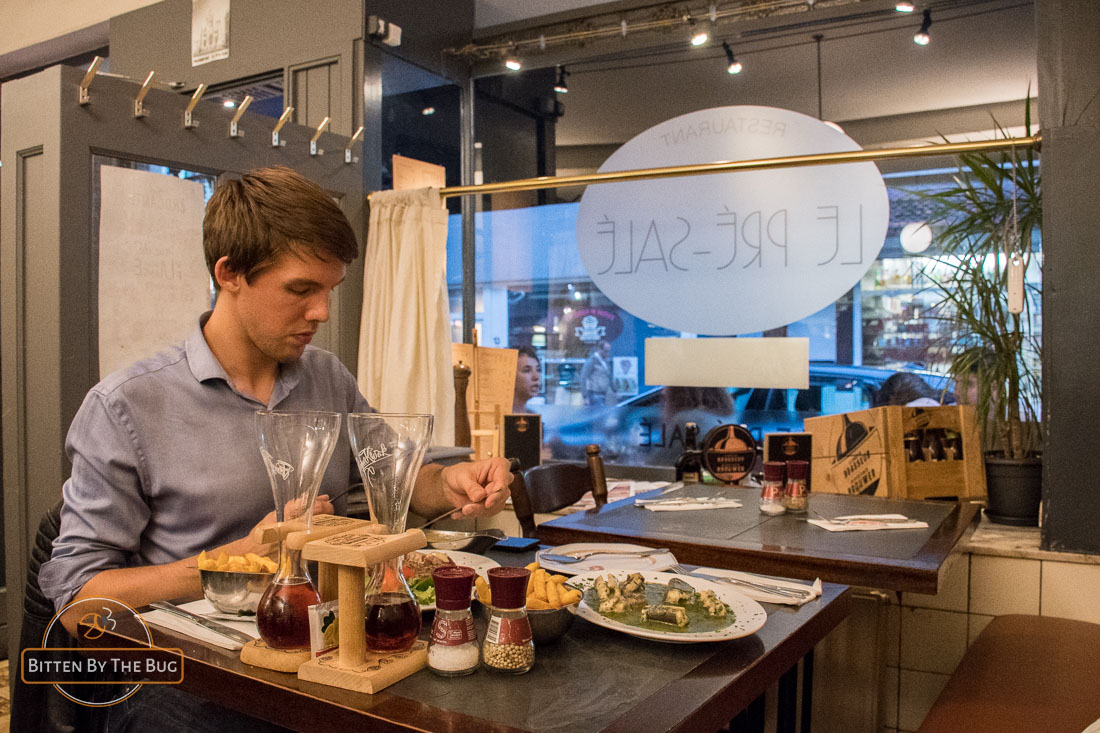 Prices for a main dish vary between 15 and 25 euros, which is the average for a popular neighborhood like this. All in all, Le Pré Salé is a nice place to try Belgian food without moving away from the city centre.

Wondering what the name refers to? Agneau de pré-salé is a type of lamb which was raised in salt marsh meadows of France. The sheep graze in pastures that are covered in halophyte grasses with a high salinity and iodine content, which gives their meat a distinct taste, that is considered a delicacy. 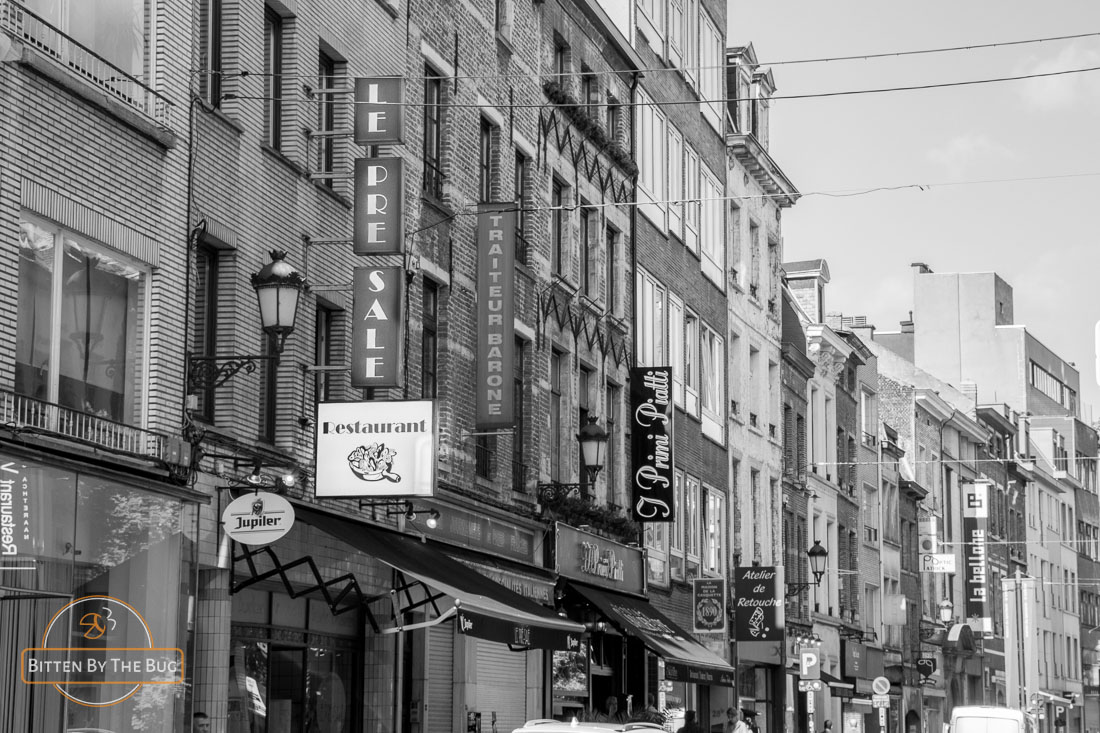