Bordering the Sonian Forest is the DROHME Park named after the Boitsfort hippodrome. It welcomes many hikers and cyclists, and features a golf course on the old premises of the racecourse. Now it is also home to a new jewel: It's called Le Pesage and it is designed by the acknowledged architect Lionel Jadot. 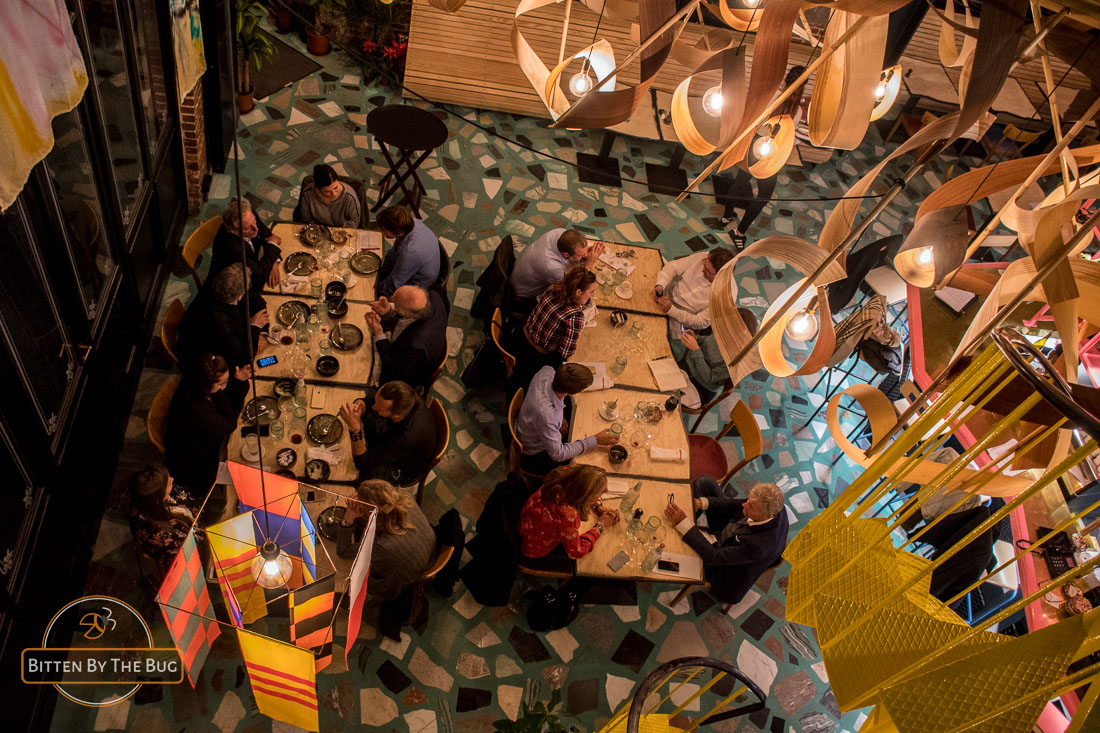 A new restaurant? Yes, but not really. It's a matter of perspectives really. The building that today houses the restaurant, was built in 1900 next to the former racecourse and functioned as a weighing room for jockeys. Traditionally, since each horse had to carry the same burden to ensure fair competition, the jockeys were weighted and, if necessary, extra pounds were added to the saddle of the more lightweight jockeys.

The hippodrome was a popular scene for the horse-loving and wealthy 'beau-monde' of Brussels. At the end of the 20th Century, the horseraces lost in popularity and the jockey room was repurposed in turns as a restaurant, a dance hall and a workspace for artists. The heritage site lost its grandeur and at a certain point, they even considered taking down the building because it was in such a deplorable state. 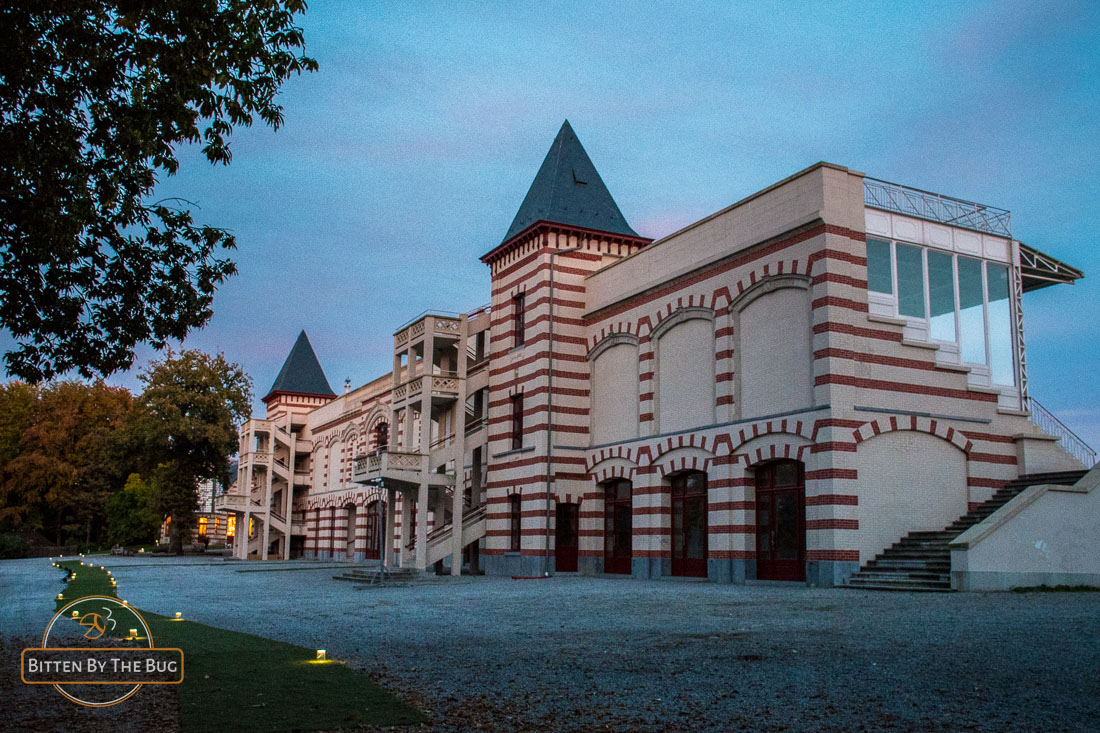 Thanks to the efforts of some enthusiasts, further dilapidation of the weigh-in building was prevented. The DROHME Park came into being, the racecourse became a golf course and the crumbling building underwent a big renovation. Enter architect Lionel Jadot. 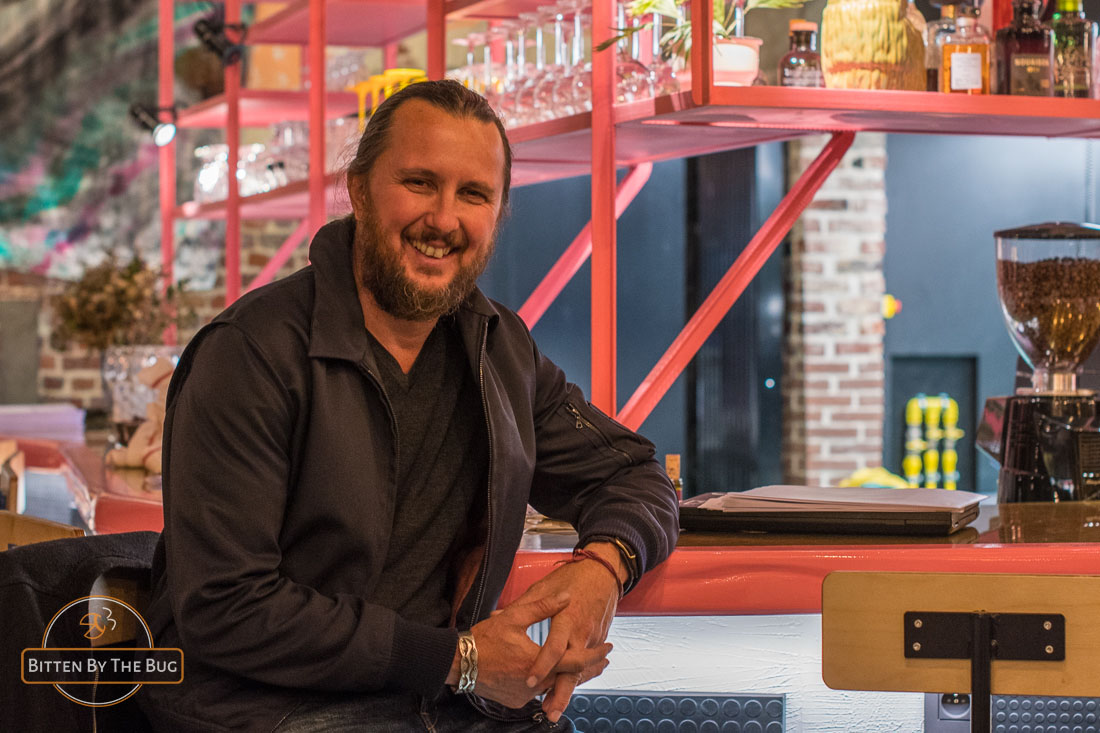 After the renovations, the facade looked all nice and pretty again, but inside, it was still an empty structure, much to the delight of Lionel Jadot who had 'carte blanche' to decorate the place to his own liking. Trying to maintain this concept of 'old and new', he recycled old materials and gave them a new life within the interior design of Le Pesage. The bar is covered with rubber, old sheets became decorative fabric, the artistic ceiling decoration is made from old boards, the plaster tree-shaped sculpture is stuffed with recycled materials... 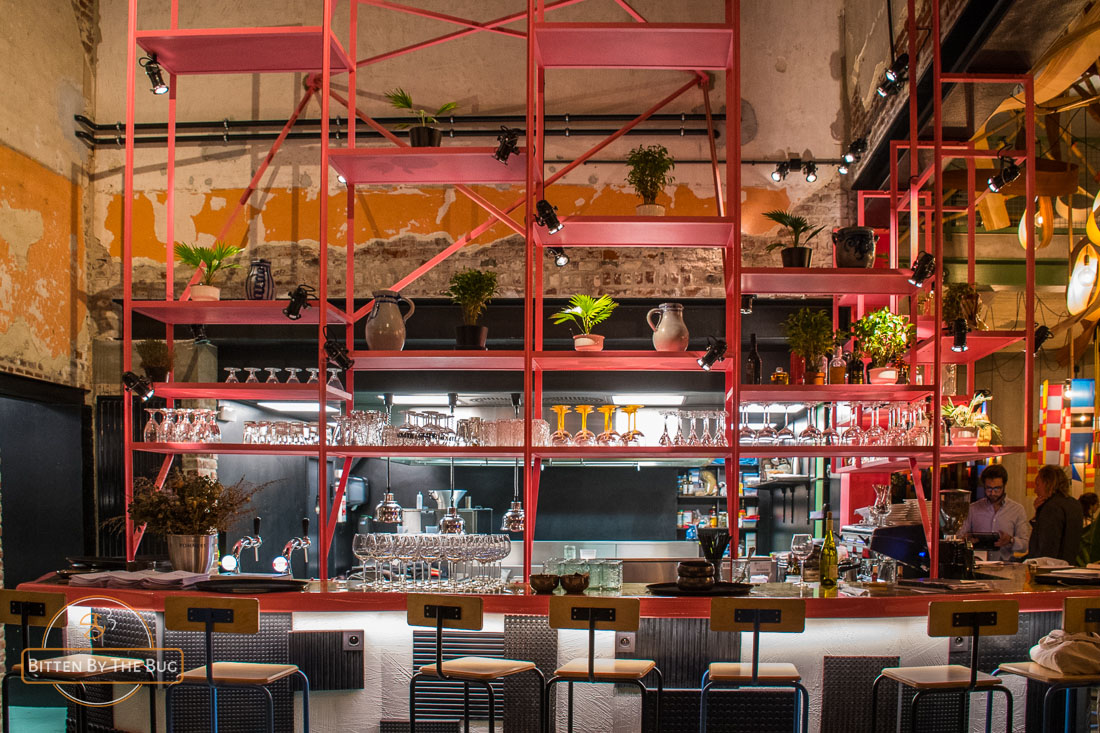 Lionel Jadot tried to evoke contrast by combining elements that would normally clash badly, yet somehow he obtained a beautiful harmony between all those very diverse elements. The colorful cut-up flags then, are the icing on the cake that make the entire place look truly festive. These African flags refer to the colorful attire worn by the jockeys on the racecourse. 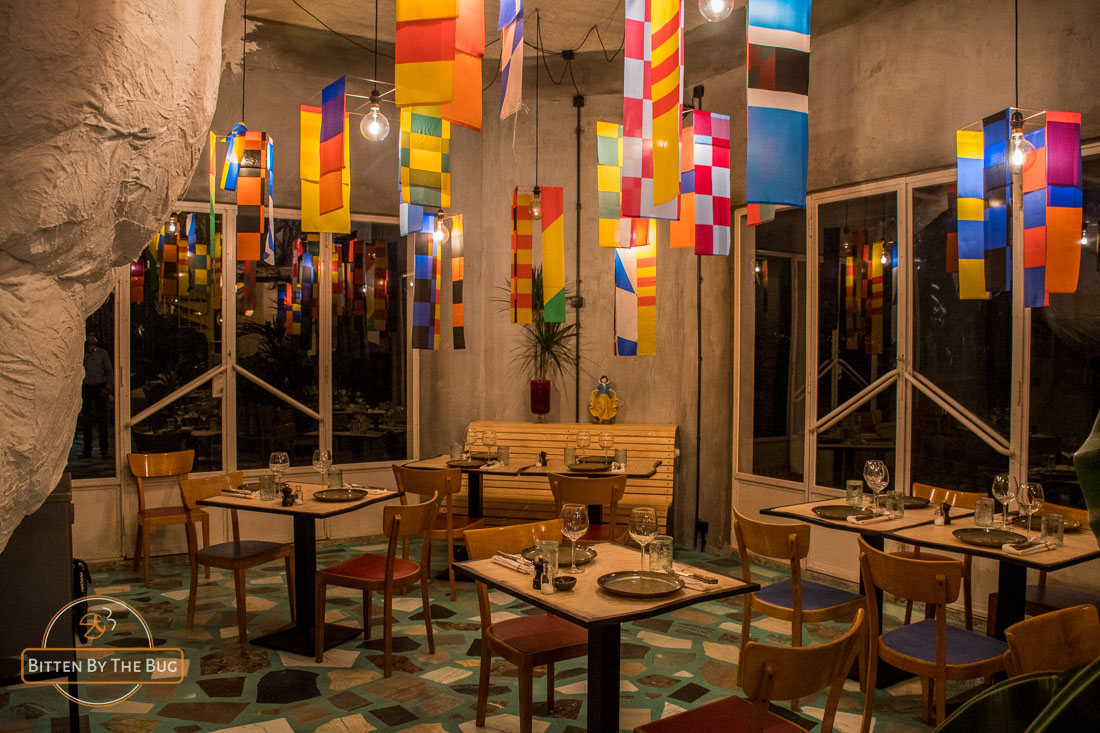 It is possible to keep on marveling at the eclectic interior design, but by now you're probably wondering about the food. At Le Pesage, they borrowed ideas from the Spanish tapas concept. It's all about spending a good time with your company while sharing a savory meal. Typical about their culinary concept is the slow-and-low approach to cooking enhanced by Spanish-style barbecue, which makes the distinct flavors stand out. Special attention is given to products with short supply chains, like honey from Boitsfort. 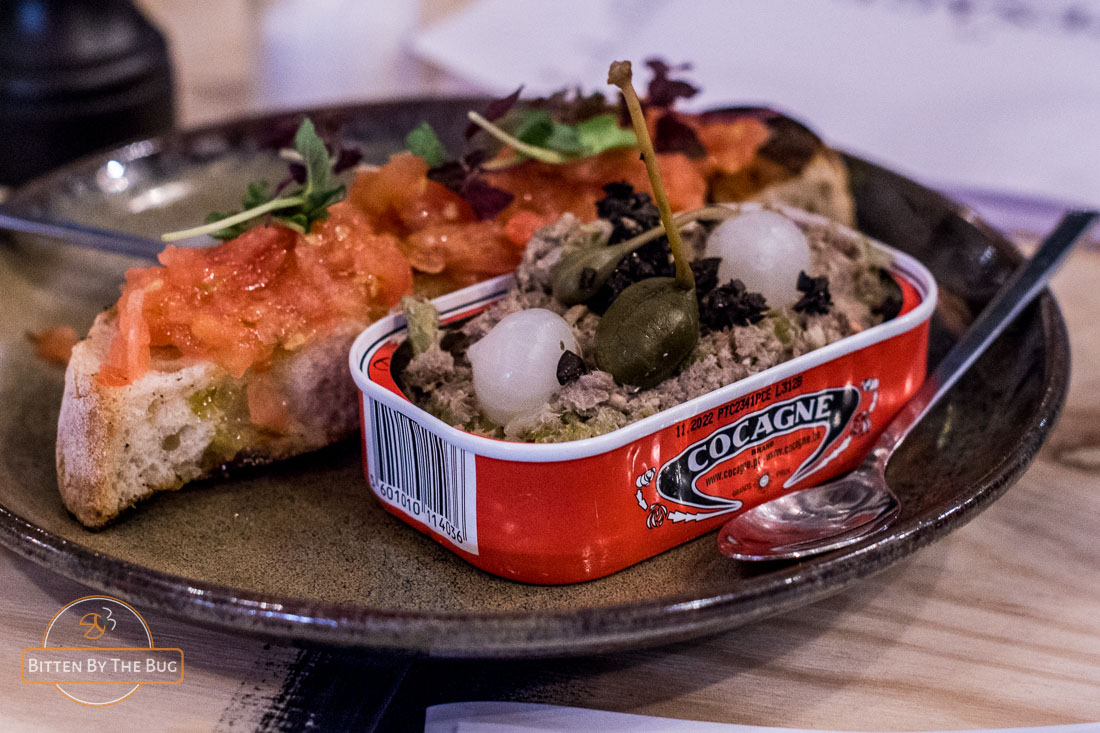 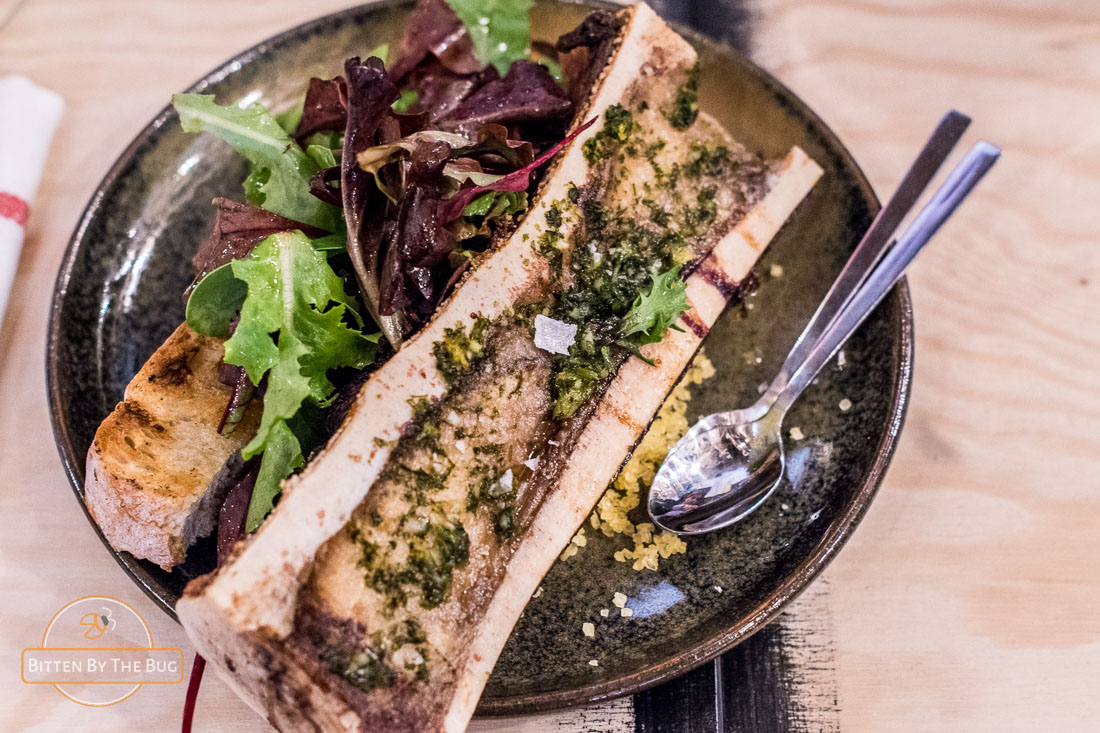 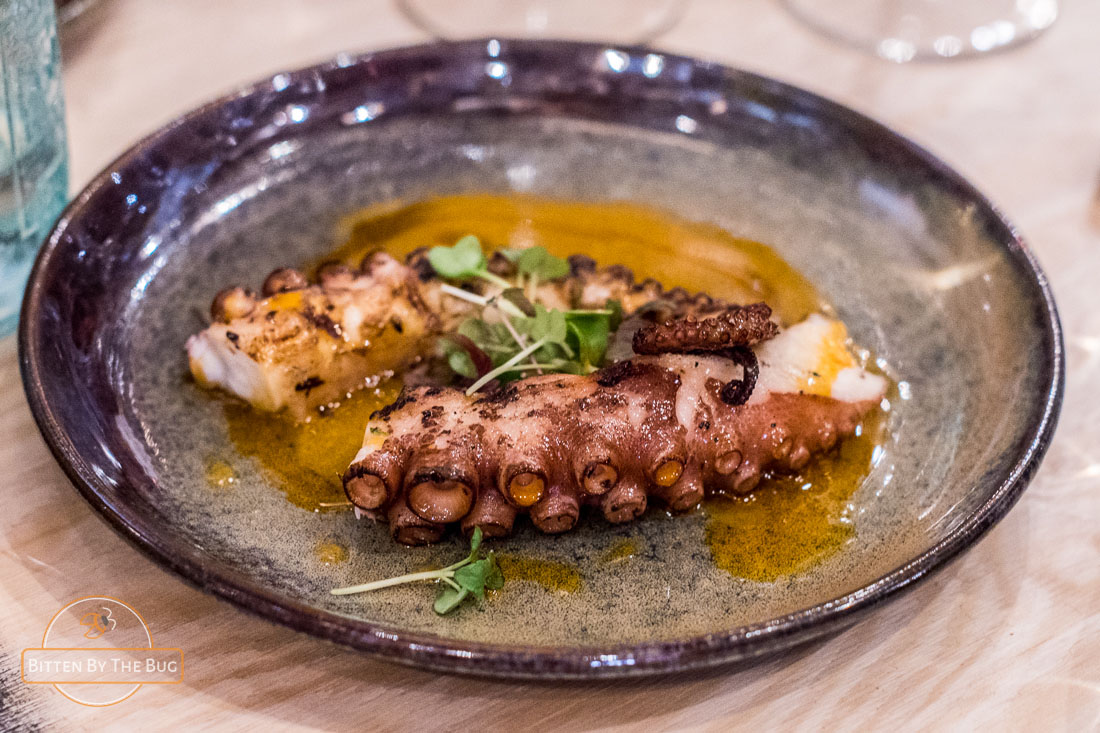 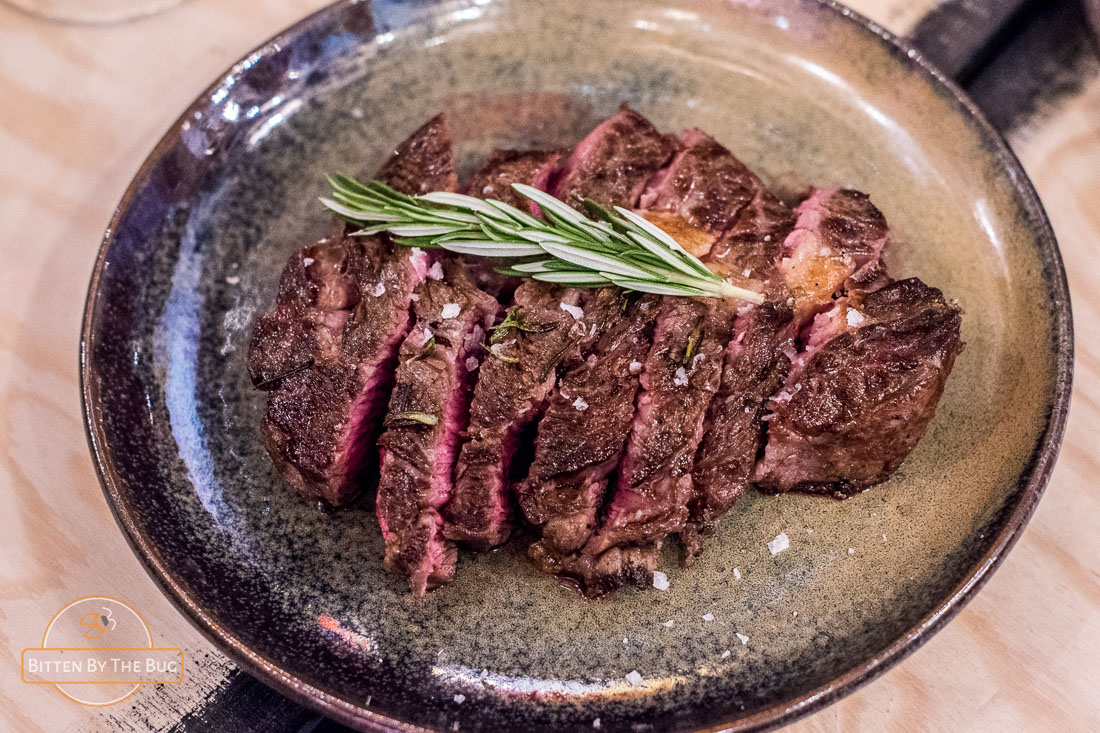 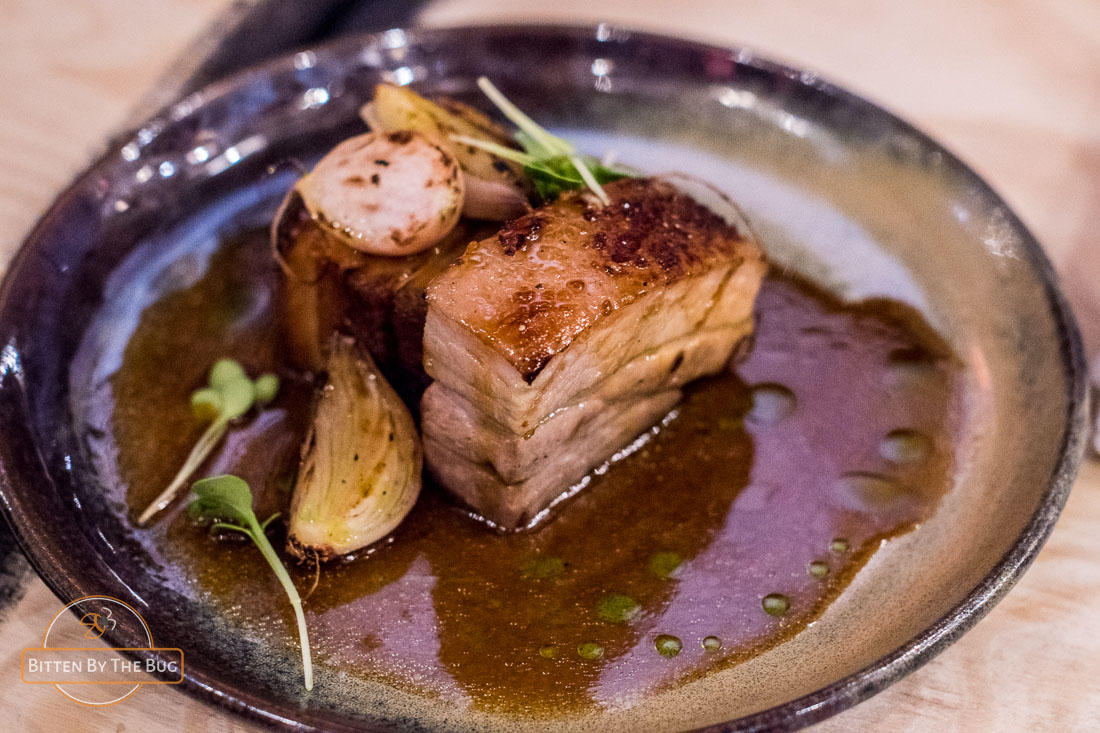 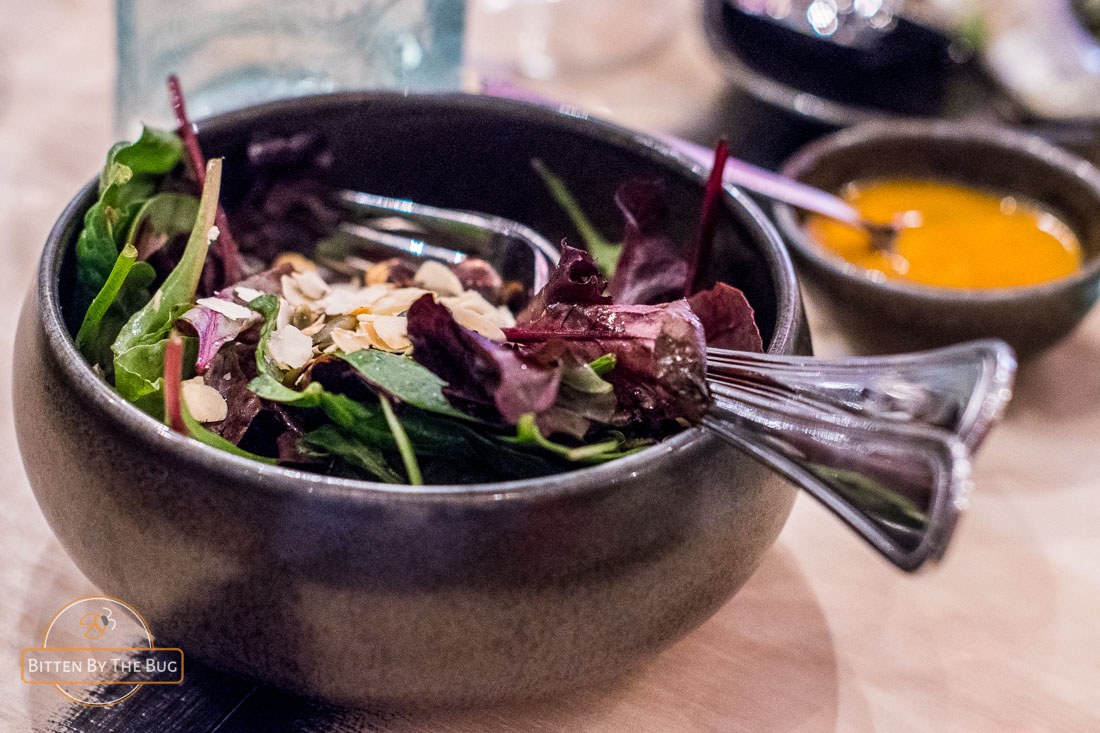 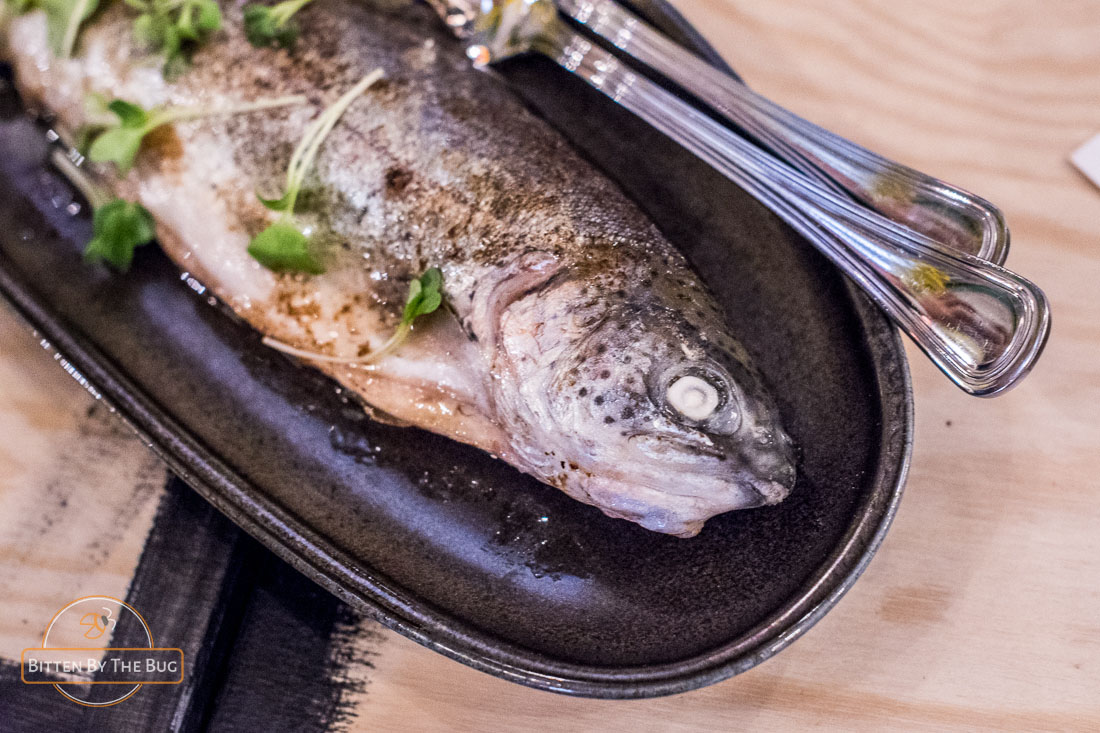 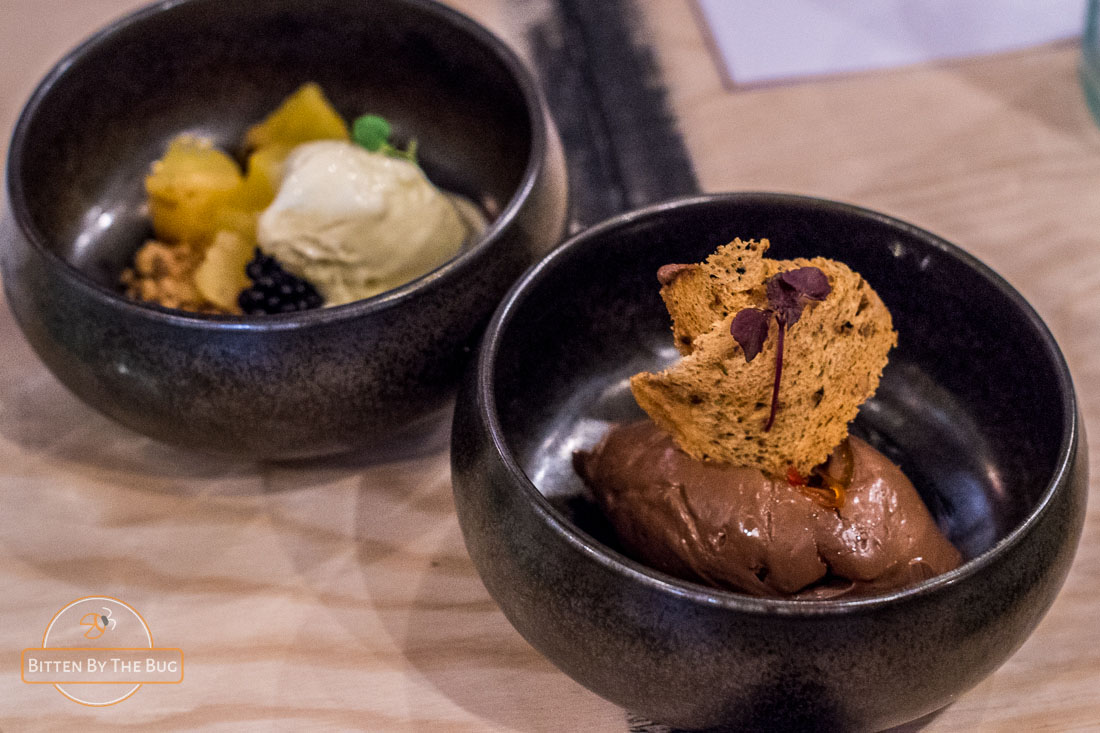 The chefs Javier and Germán from Granada make sure that the food meets the high standards set by Sandrine Jadot, the sister of Lionel Jadot. Together with her son Charlie Delval, she manages Le Pesage that has thus become a real family business.

Prices for a dish 'a la plancha' vary between 13 and 20 euros, which makes it affordable for all. 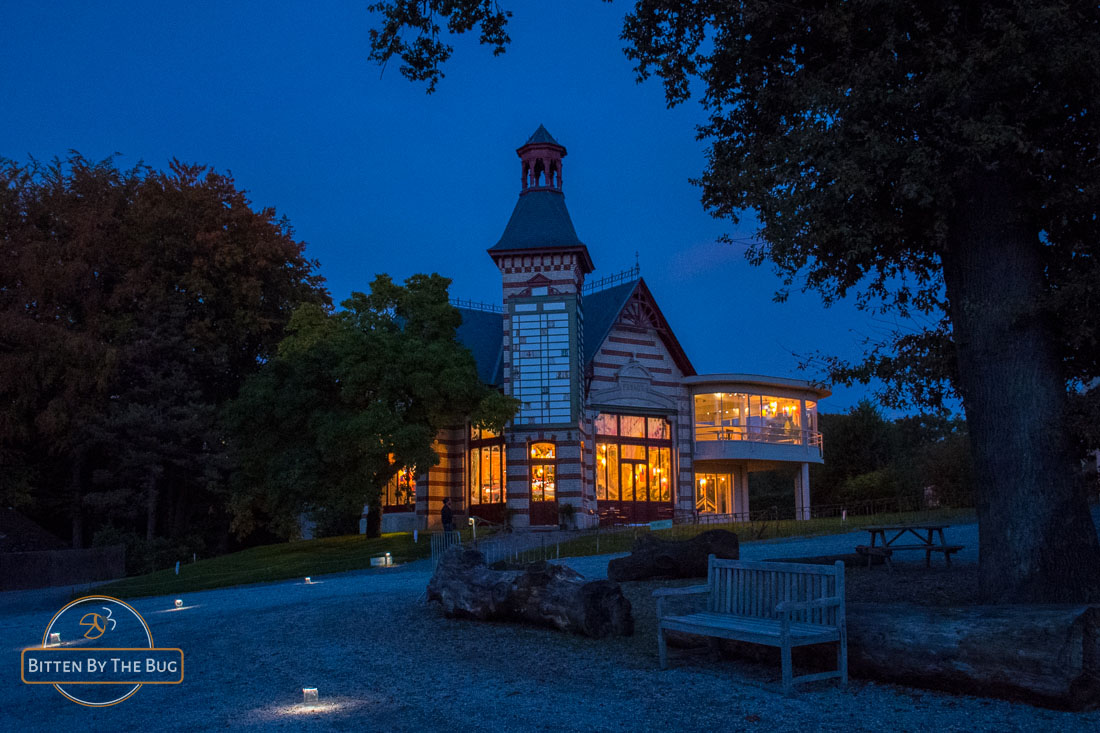 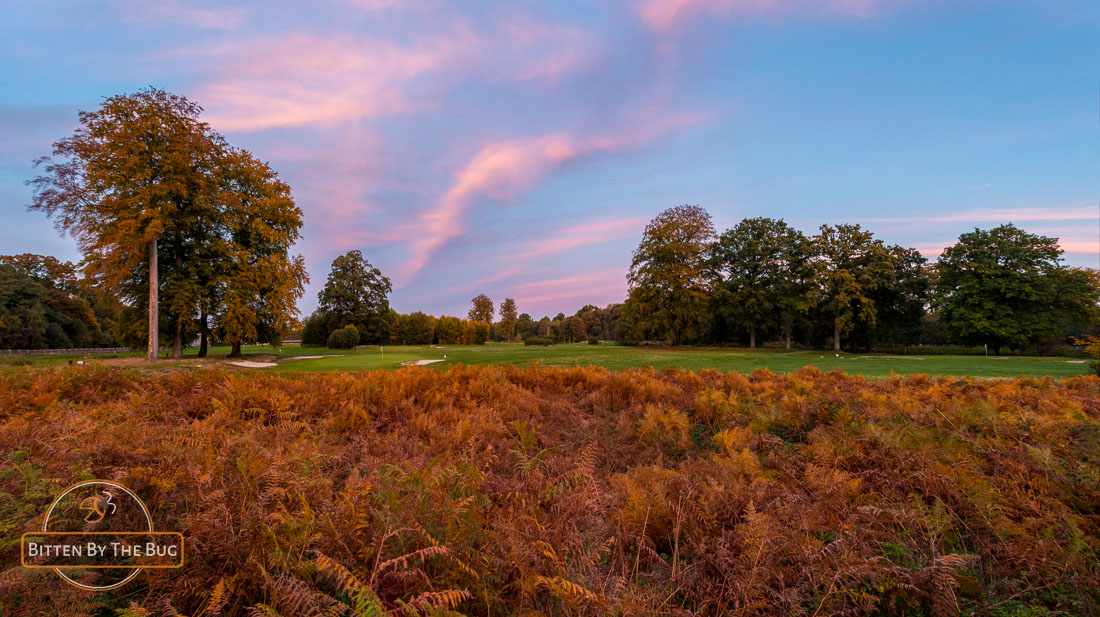