Don't let the name fool you. Although 'Patattezak' refers to the kind of bag used to carry 50 kilo of potatoes, there are no potatoes or fries on the menu here. In de Patattezak is all about spaghetti. Although at first sight, the name doesn't make sense, there is a lovely story behind it. 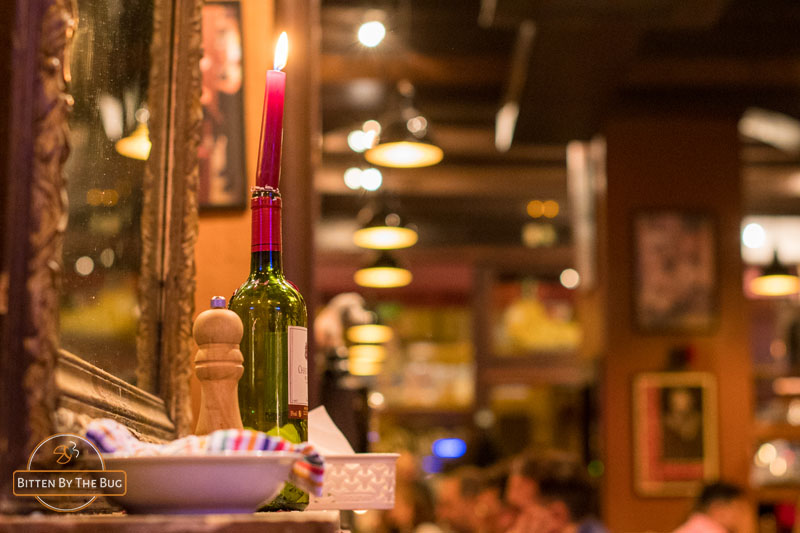 Let me start with the most obvious part of the name. The owner is Jean Baete from Ghent in Flanders, but he's better known as Pee Klak because of the hat he wore all the time ('Klak' means 'hat' in Flemish). When he was younger, he worked in a bar in Laeken and he used to dress up as a farmer, with a farmer's dotted scarf, and a hat. Because of his appearance, the people called him Pee Klak, and the name stuck.

When he married the French-speaking Marceline, they decided to start a bar together and they bought premises in Strombeek-Bever. It was an old building, so there was a lot of renovation work to be done. Since they didn't have a lot of money, they employed cheap materials and instead of covering the walls with plaster, they used jute potato bags. One day, Marceline asked her husband how you call those jute bags in Flemish. When he answered 'patattezak', they both found this word so amusing that the name for the restaurant had been chosen: Café in de pattattezak - bij Pee Klak. 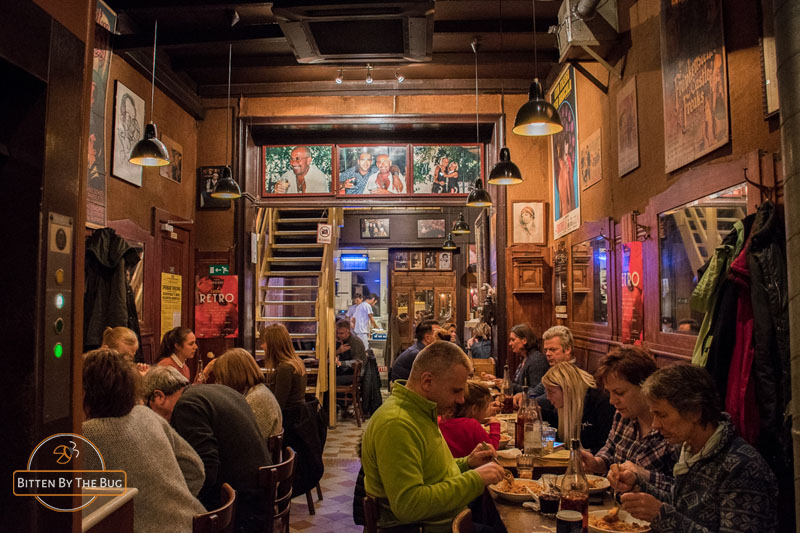 They turned the old house into a charming place, nicely decorated with yellowed vintage posters and candles. You can still see the potato bags too, but it's done is such a subtle way that one would almost not notice.

In the meantime we're almost 40 years later and Pee Klak has become an icon in the Brussels Periphery. Nothing much has changed. It is still a small family-run bar with an authentic feel where spaghettis sell like hot cakes.

You can choose out of four kinds of sauces: bolognese, sea fruit, ham and cheese and veggie. As huge amounts of fresh sauce are prepared each day, you don't have to wait long before being served. The portions are large and the food is unexpensive. For less than 15 euros you can have a spaghetti and a beer. 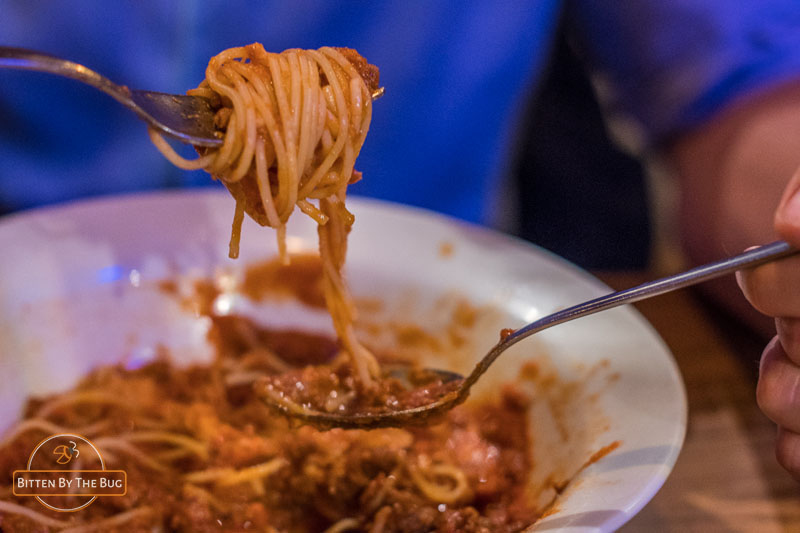 It is always crowded, but in the good sense of the word. If you should arrive and there is no place to sit, because of the quick service, you won't have to wait long before going to table.

If you want to experience a 'bruin café' (a typical local pub), this is a prime example. Personally, I don't think every 'bruin café' has a nice vibe, but this one feels super cosy and homely. And above all, it has great food. 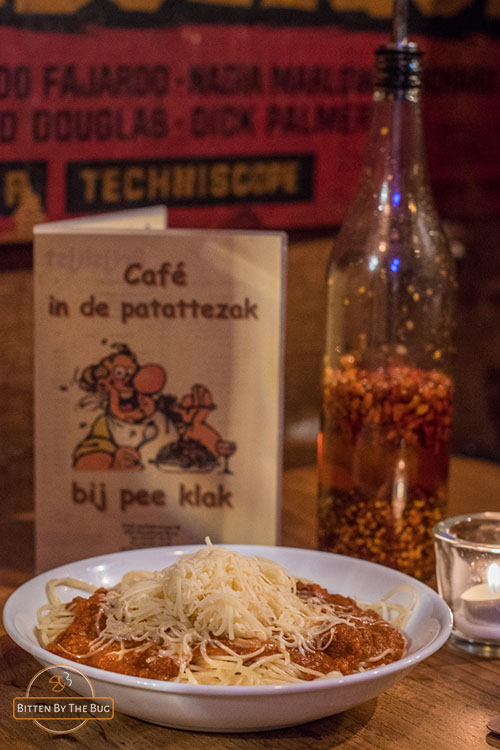 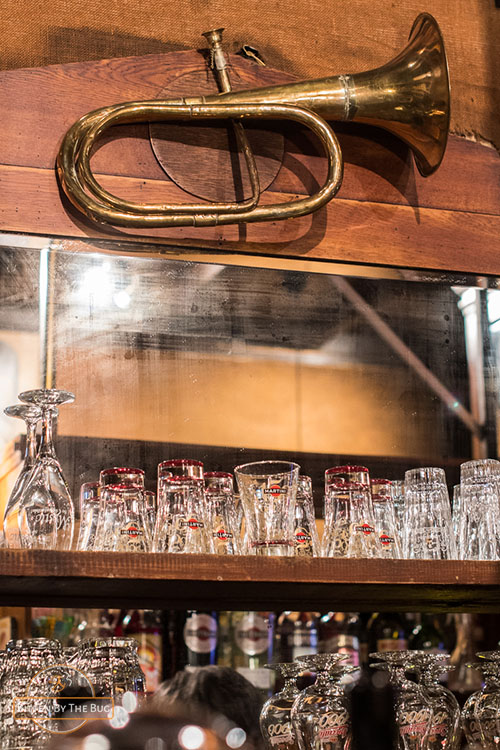