Although the most-frequented place in Anderlecht is probably the stadium of the famous RSCA football team, the historical center of Anderlecht is worth a visit too. The history of Anderlecht goes back to medieval times when it used to have a castle. The castle disappeared, but the Saint-Guidon church wich construction started in the 13th Century remained. It is situated on Place de la Vaillance, the central marketplace and the heart of this historical area. It is surrounded by beautiful neogothic mansions that evoke old buildings such as those in Ghent. The building that has 'Muziekacademie' written on its facade used to be a movie theatre until 1968. 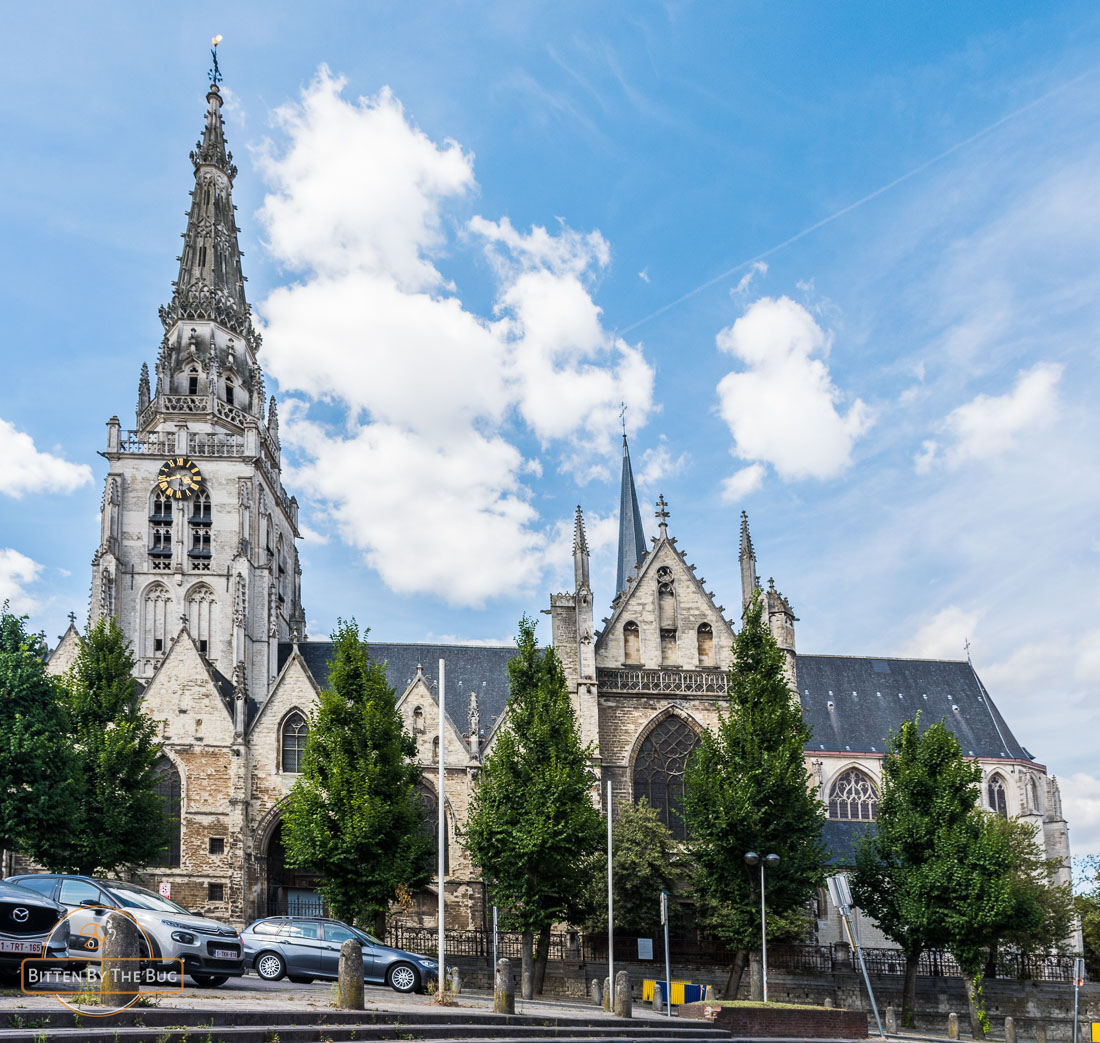 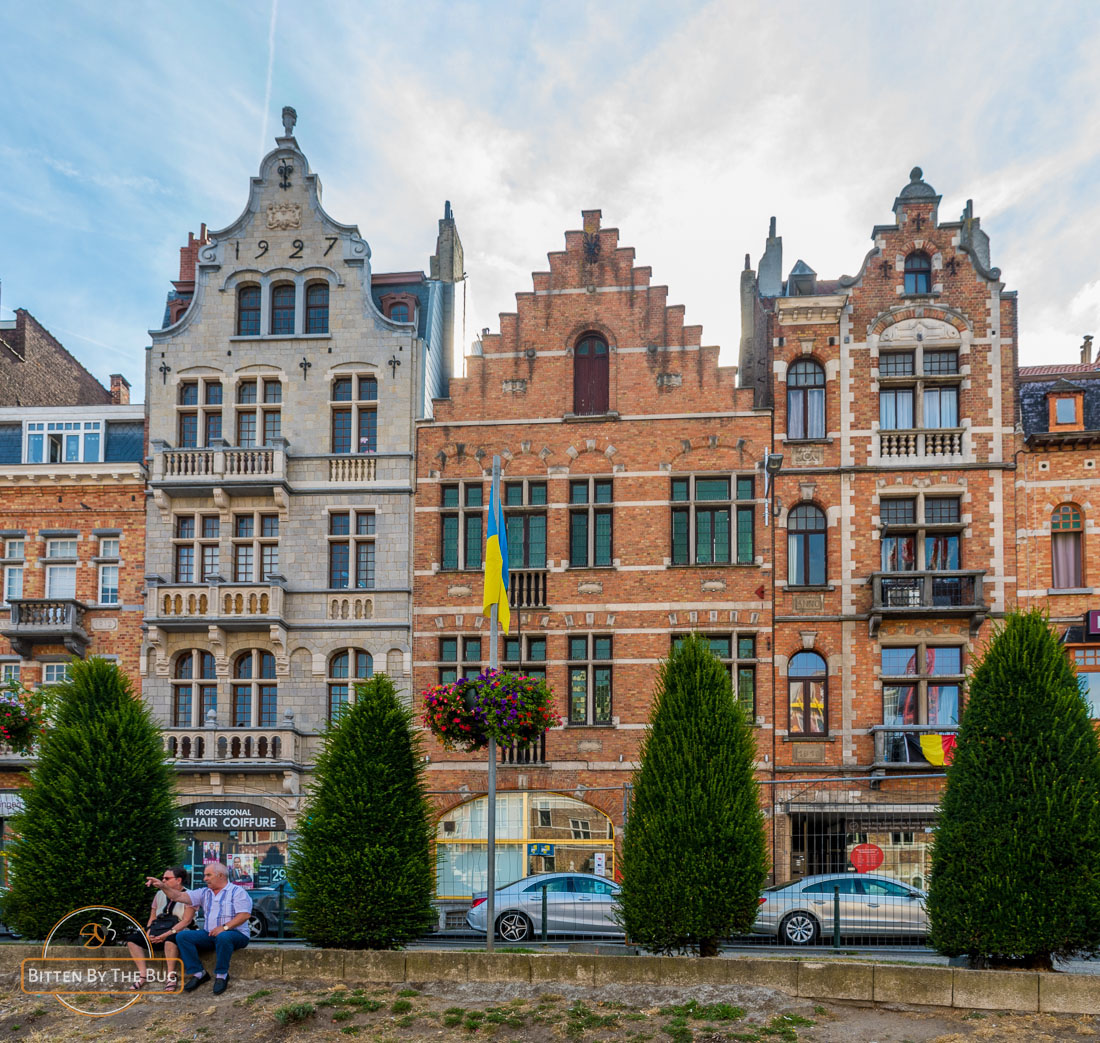 Also pay attention to the statue of a bunch of ducks in a row that are holding on to each other in a funny way... What are they doing? And why? 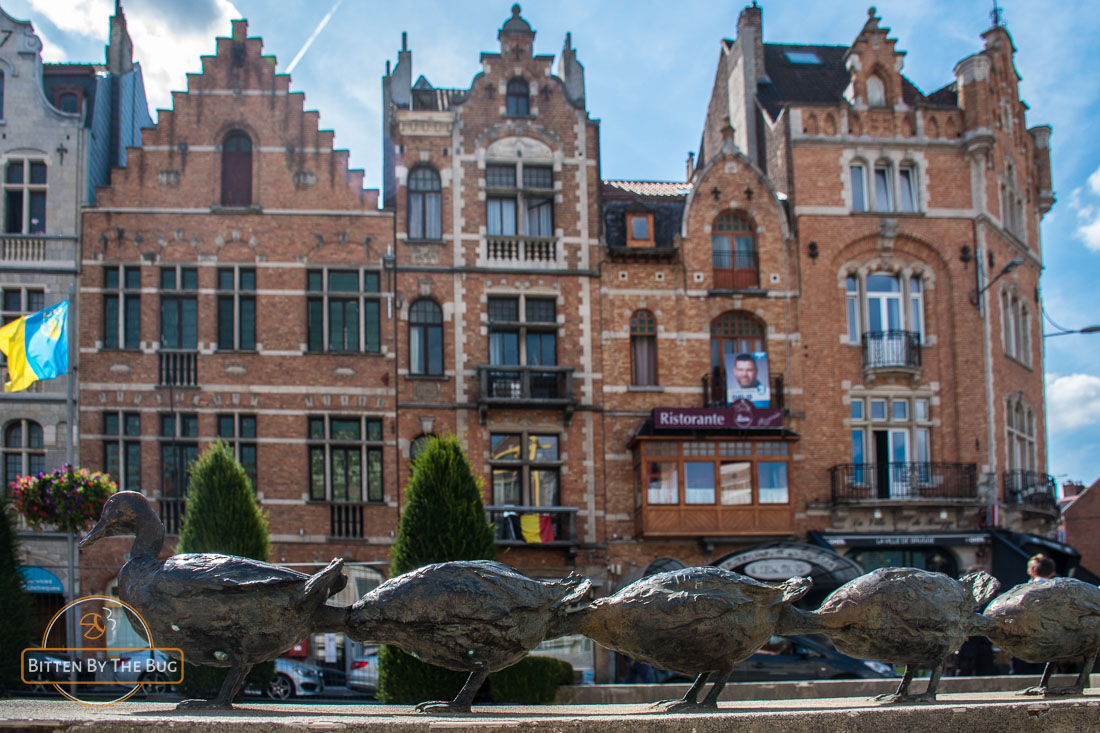 Apparently this work of art refers to mobility issues and traffic jams where cars also line up in a row. Call me a dirty mind, but that's definitely not the first thing I think of.

Walk around the Saint-Guidon church for two other historical institutions. One is the Erasmus House where the humanist Eramus used to live. The other is the Béguinage, hidden in a small alley behind the chruch. A 'beguinage' is somewhat similar to a convent, but the inhabitants are more progressive 'beguines' instead of nuns: lay religious women who lived in community without taking vows or retiring from the world. The beguinage of Anderlecht is the smallest in Belgium (and really cute). 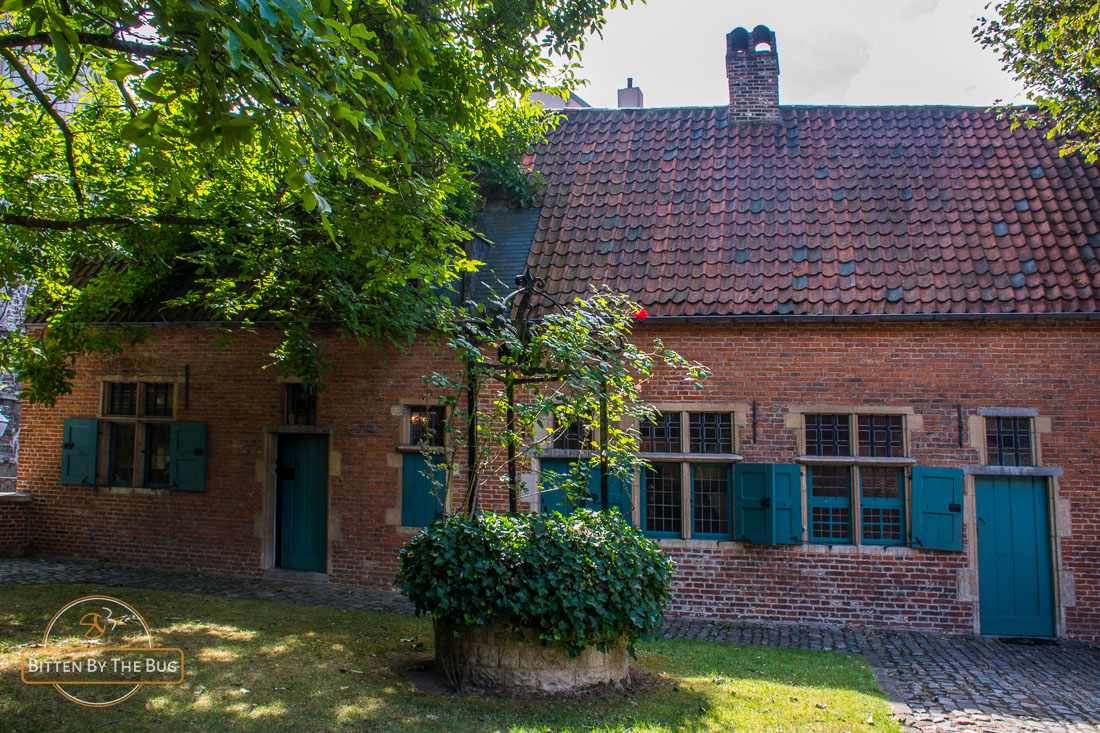 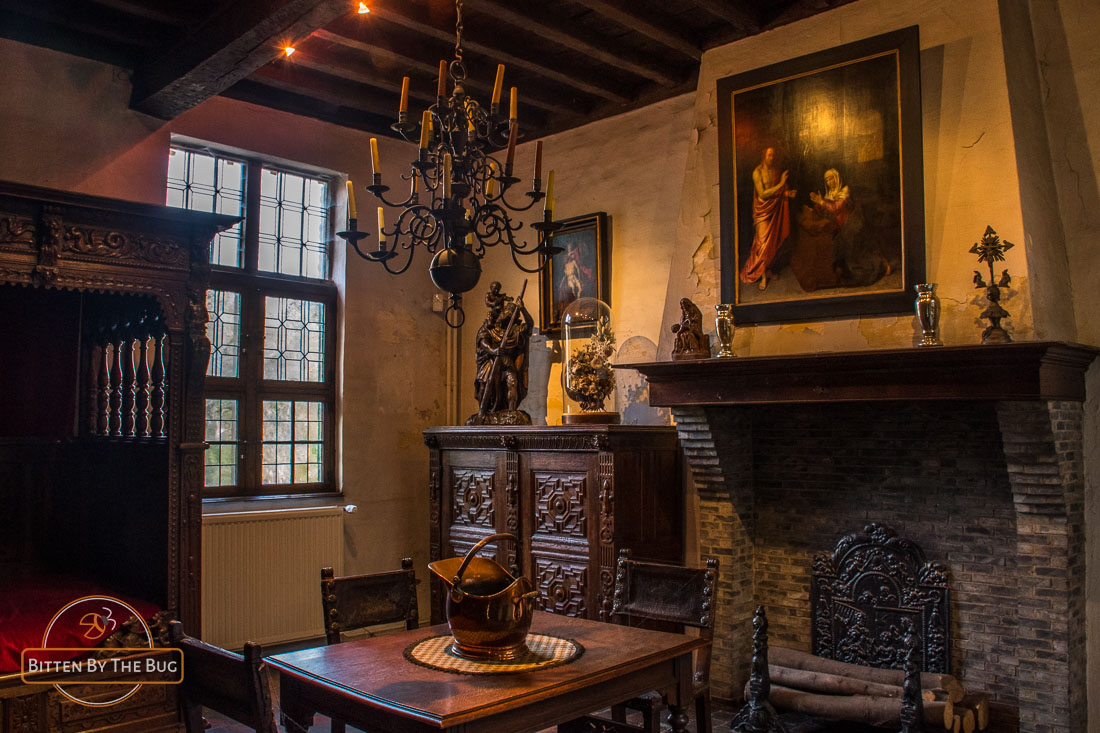 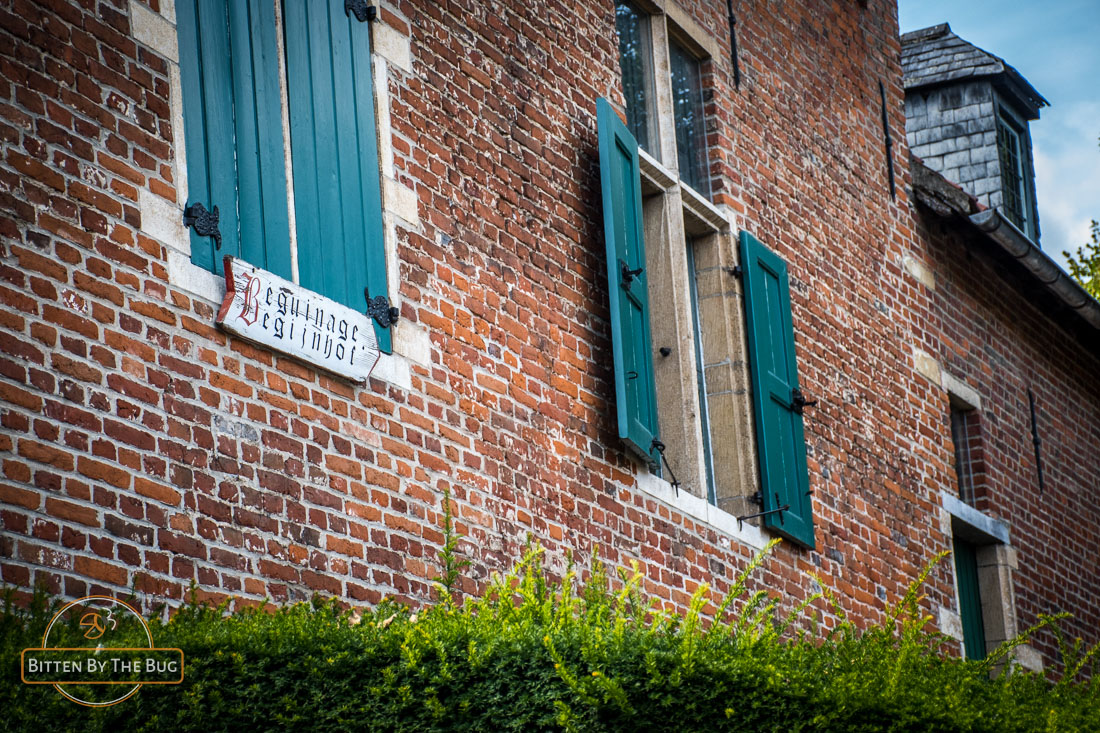 I was eager to find the little alley from the photo I had seen on Instagram (this photo had lured me to Anderlecht in the first place), but on our way there, we got distracted by music coming from something that looked like an open parking space. Peaking in, we were relieved to see we were not trespassing. This was the courtyard of the Academy of Arts occupied by the Summer bar 'De Koer'. They host all kind of events such as concerts, workshops, open air film screenings... and we had arrived in the heat of a dancing party for pensioners. 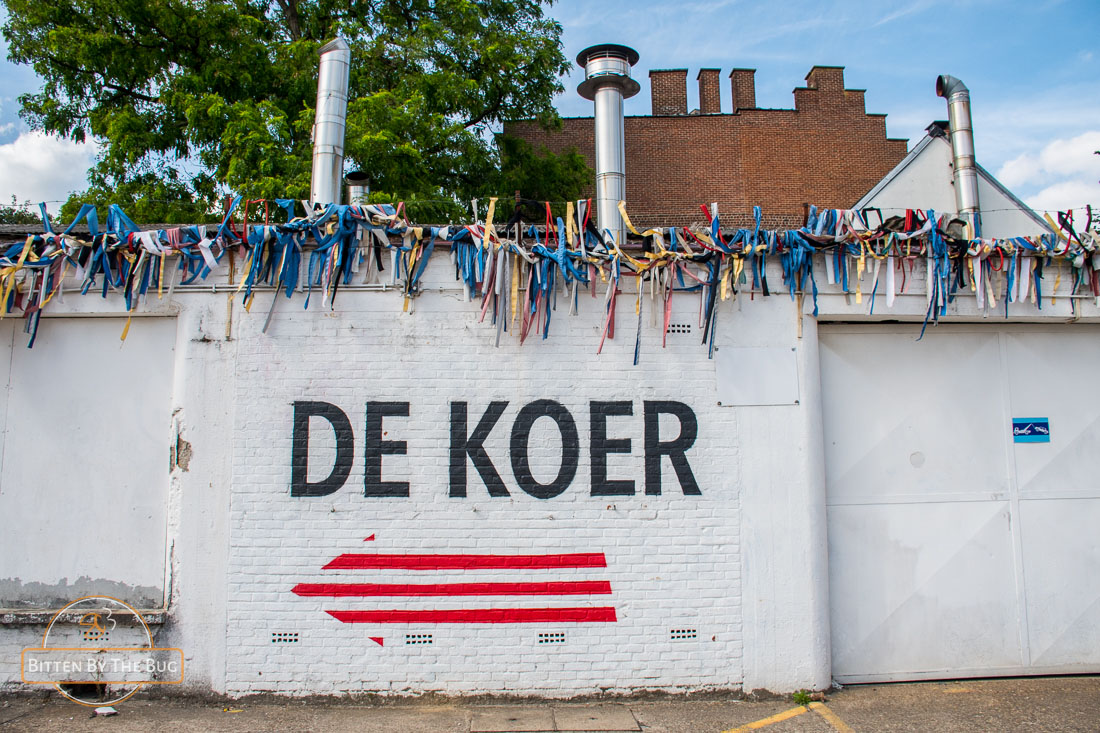 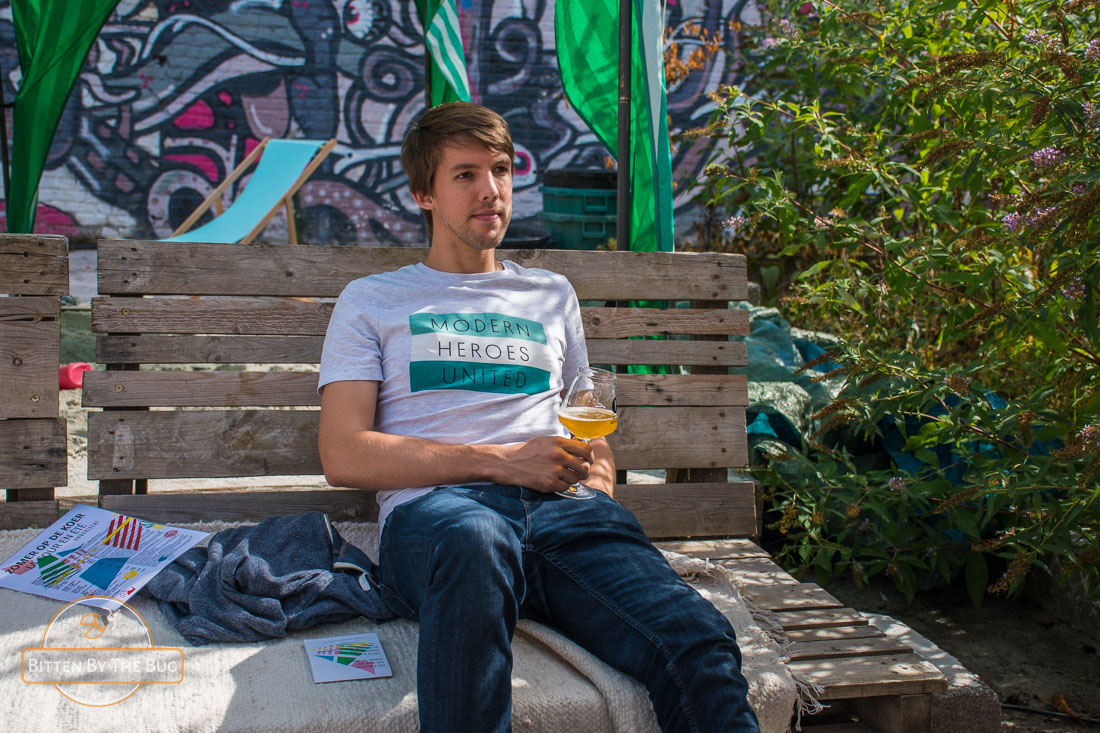 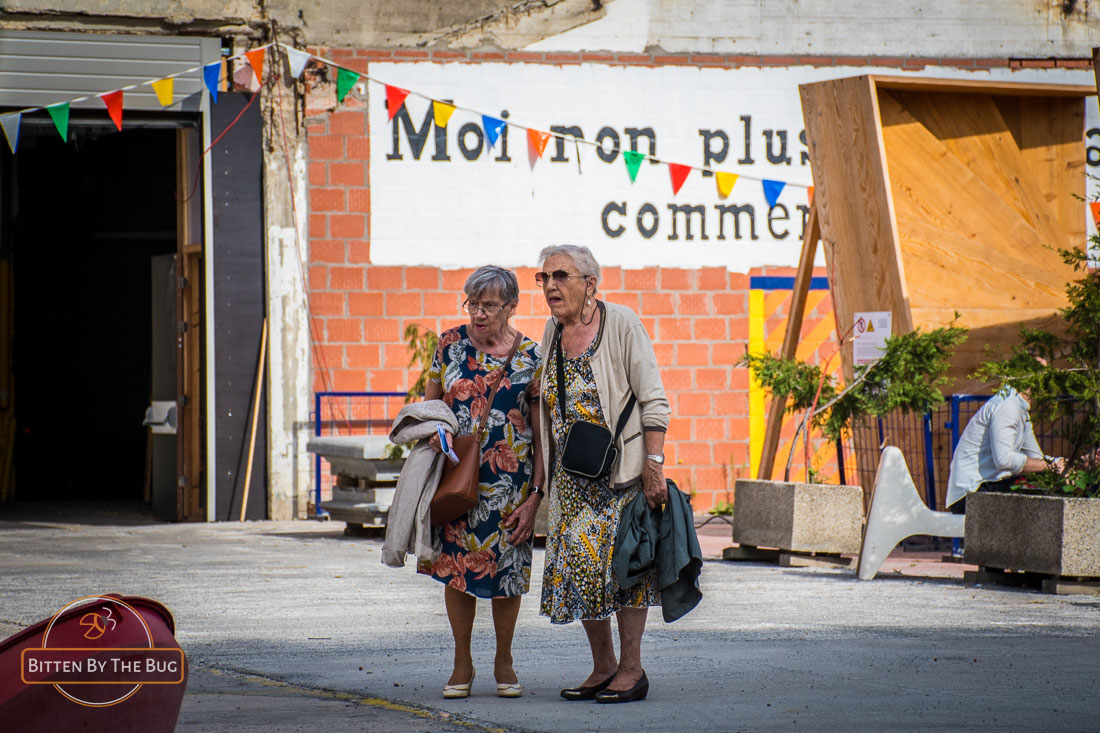 We bought a beer and watched the old-age pensioners taking our their best (rusty) dance moves. They sure were having fun. We were about to leave De Koer, when we discovered another cool place. Hidden behind the work of art 'Sleeping Staircase', is a small urban garden. I love those initiatives. 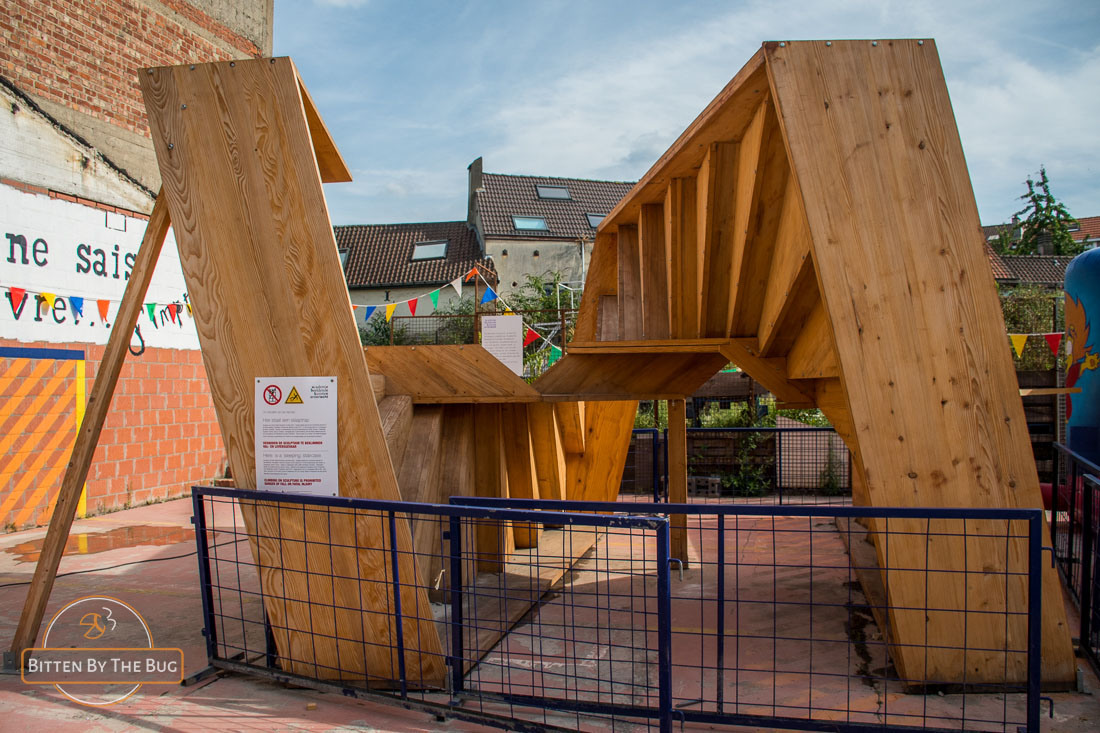 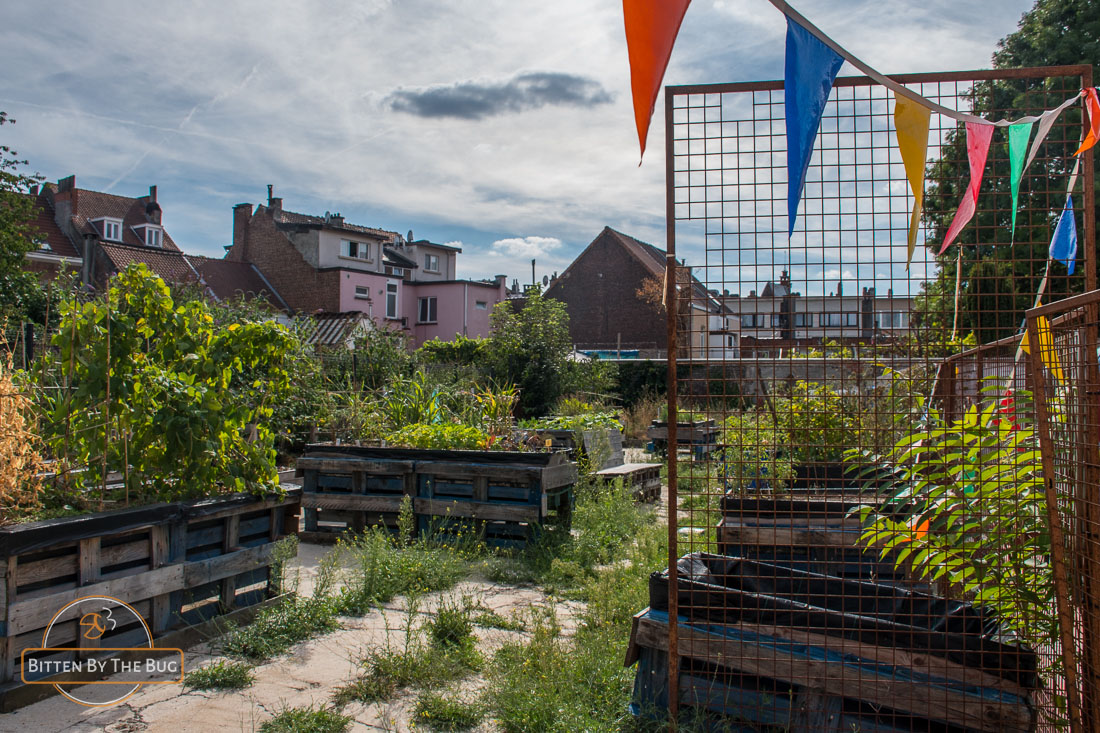 Now I would finally see my beautiful street. Increasing enthousiasm It's called Rue de la Porselein and it is indeed just postcard-perfect. These photos say it all, just look at it. 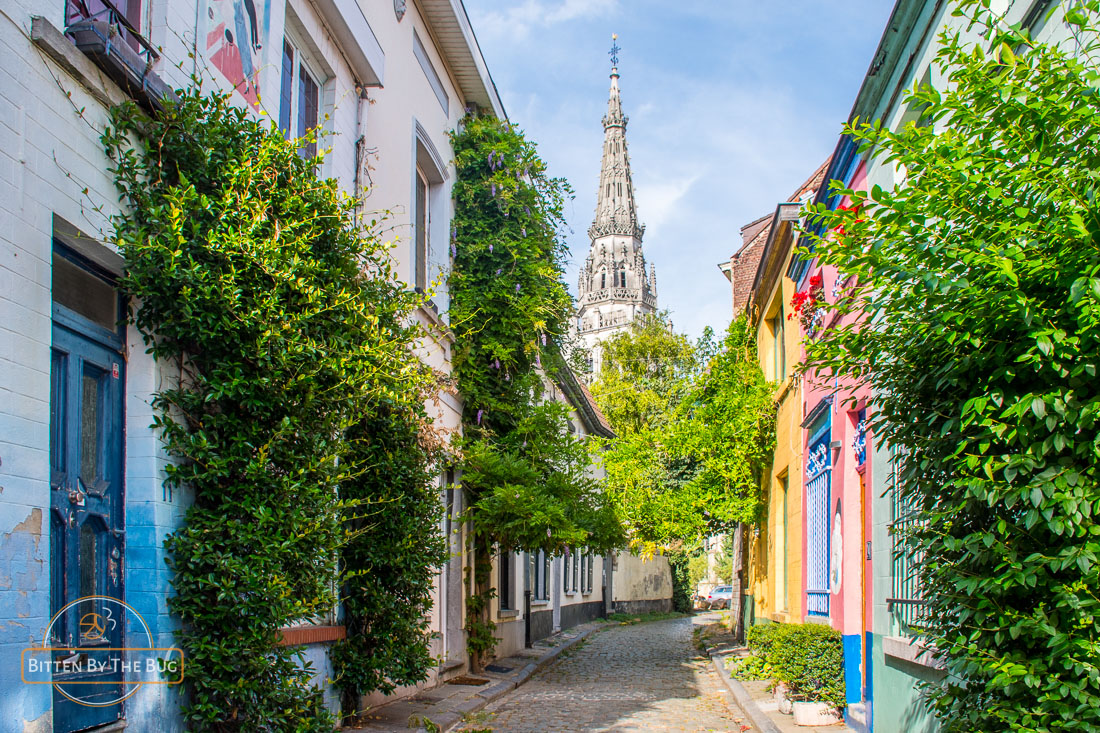 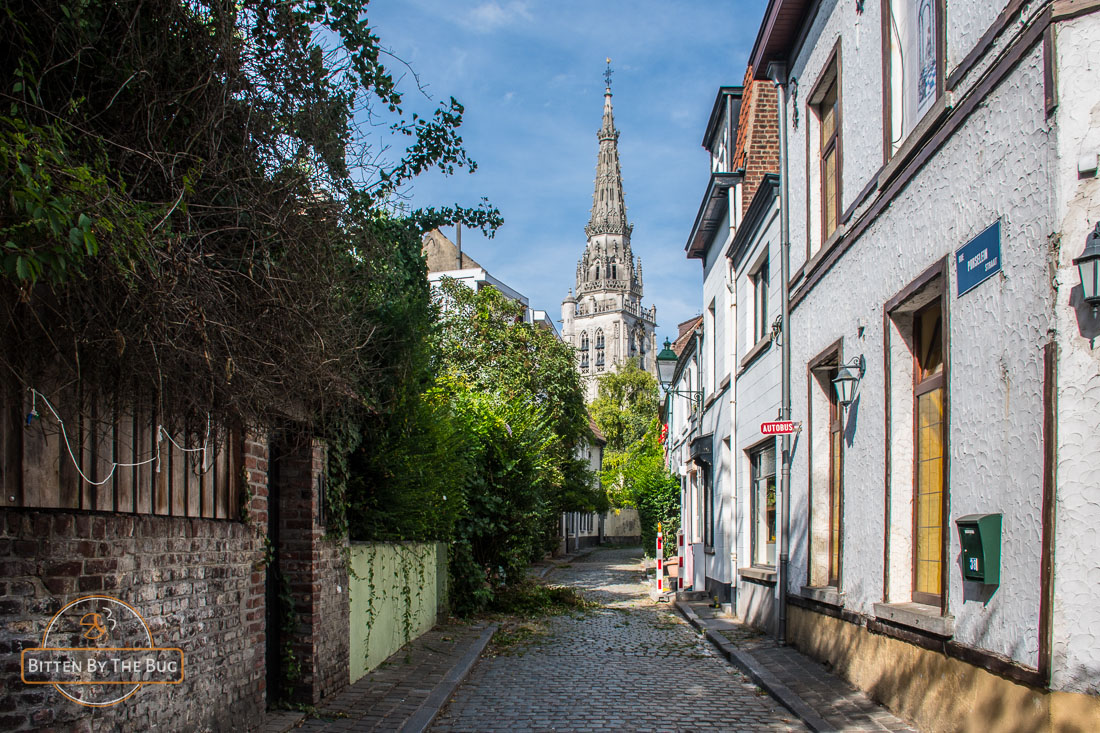 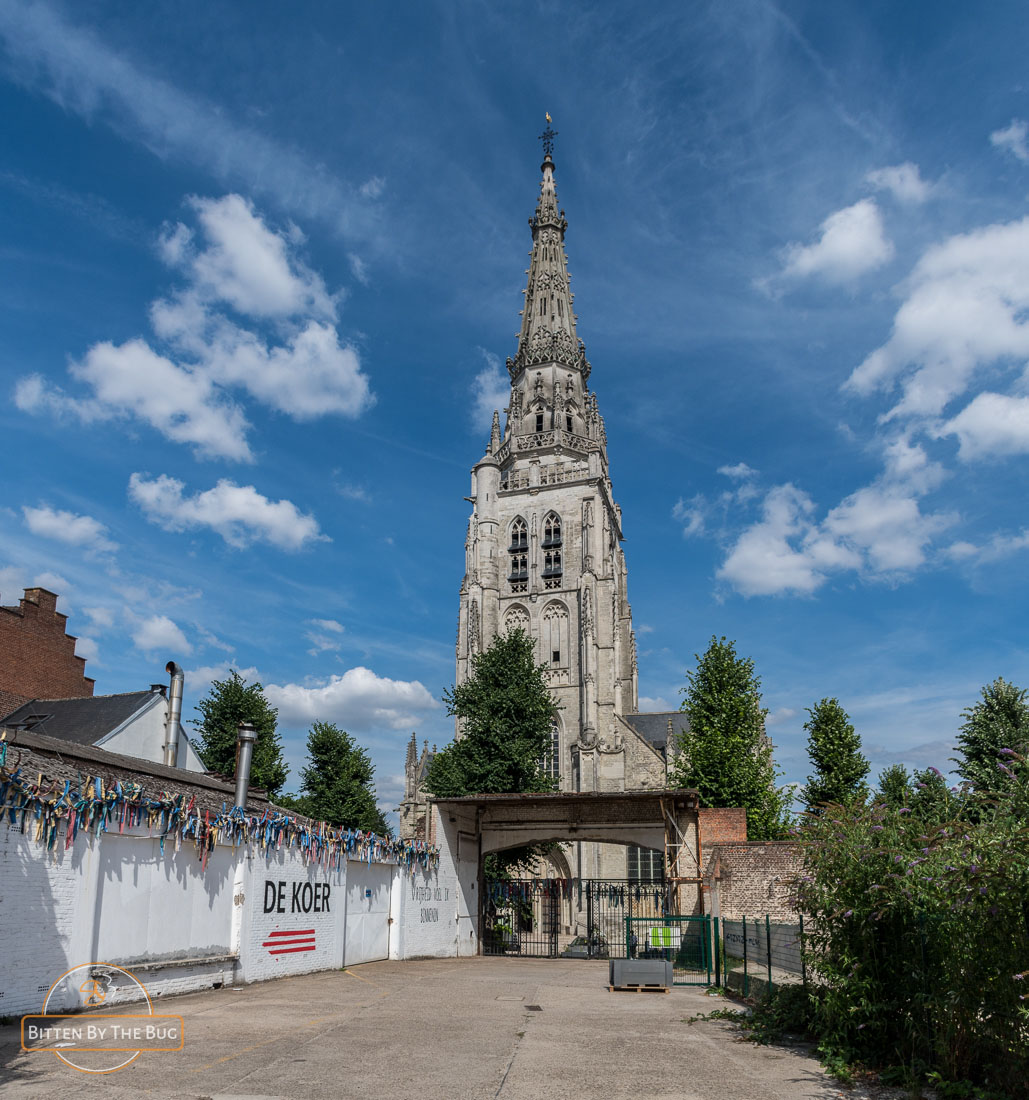 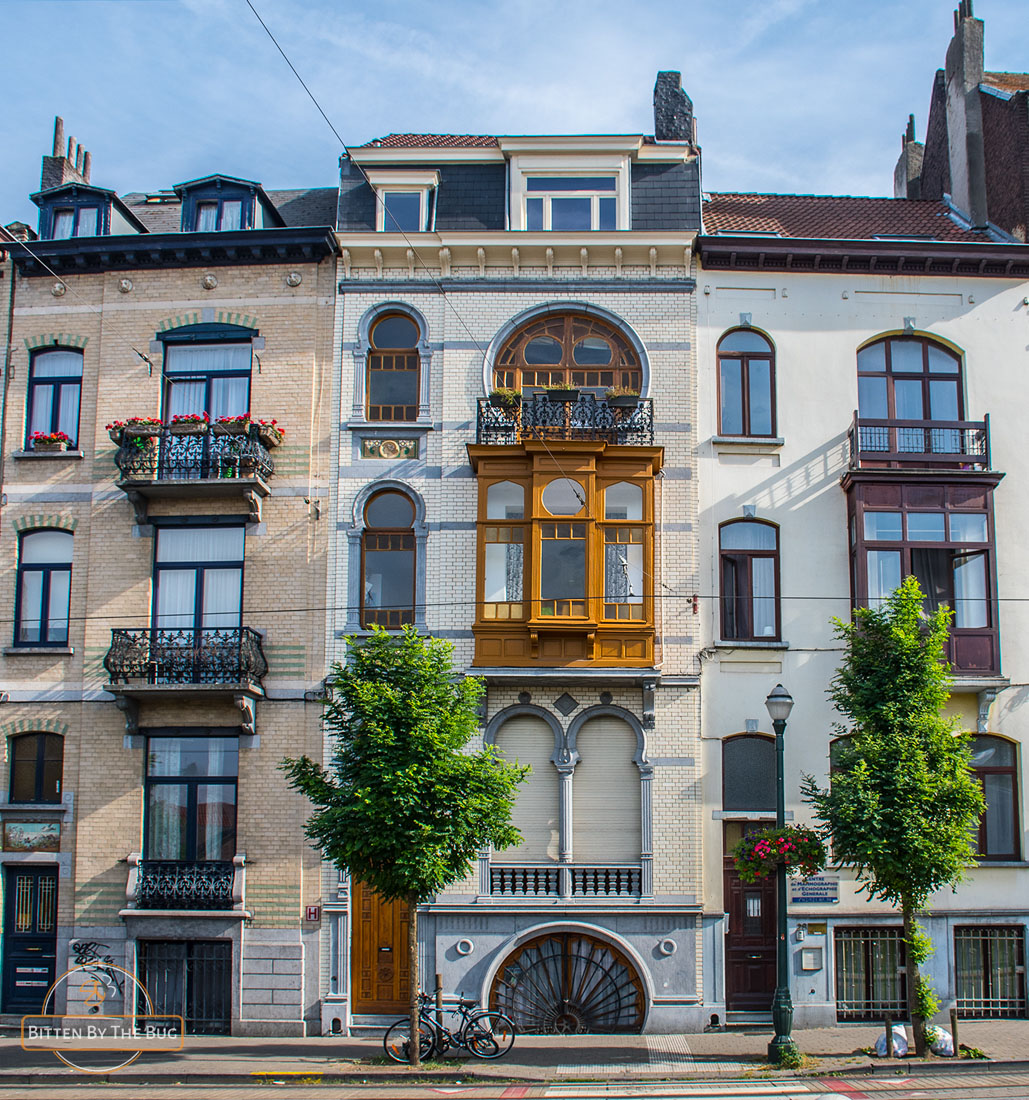