Situated between the Place Royale and the Grand Place, the Mont des Arts connects downtown with uptown Brussels. Once you’ve walked through the Mont des Arts garden and climbed up the stairs towards the fountain, you’ll be treated to one of the most iconic views of Brussels. Downtown Brussels stretches out in front of you, with the tower of the magnificent Brussels town hall dominating the scene. The view is especially captivating around sunset, when the evening sun paints the sky in different shades of pink and orange. On a clear day, you can even spot the basilica of Koekelberg and the Atomium.

Although the view in front of you is definitely mesmerizing, make sure to have a look at the other monuments and buildings around you as well. Nearby, a remarkable bell chime adorns the rear façade of the Dynasty Palace. It is a large golden wall clock with twelve figures from Belgian history and folk culture. A large bronze statue on top of the arcade hits the hour, thereby giving one of the twelve figures a cue to step forward, out of their niche. Every hour, the bells alternatively play ‘Oú peut-on être mieux (Grétry) and The Carillon Song (Peter Benoît). Situated in the Rue Montagne de la Cour, a former Old England department store stands out with its beautiful Art Nouveau façade. Nowadays, it houses the Musical Instruments’ Museum or MIM, with more than 1200 exceptional musical instruments on display. 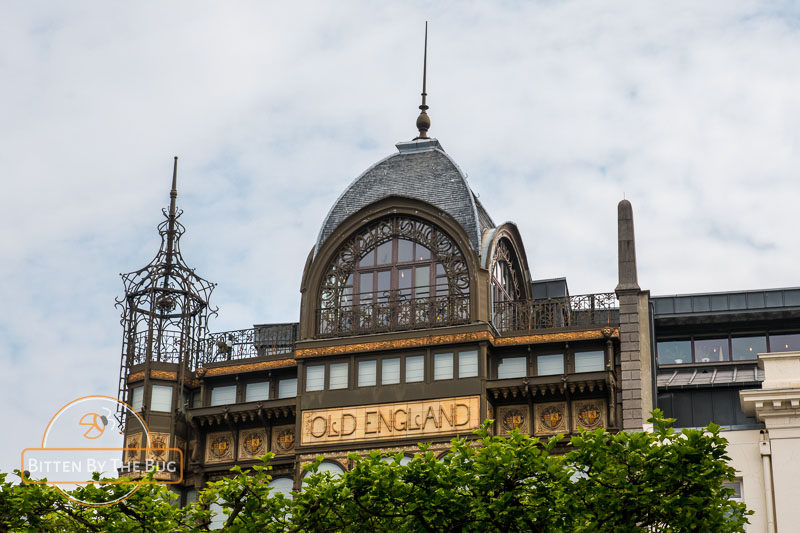 The neo-gothic building on its left is a former drugstore that belonged to Charles Delacre. This pharmacist started selling chocolate, because it was believed to have healing effects. He had so much success with it that he decided to open a second store entirely dedicated to chocolate. Nowadays, Delacre is one of the most famous brands in the biscuit business. The former drugstore has since been converted into an art gallery which still conserves the original interior design. 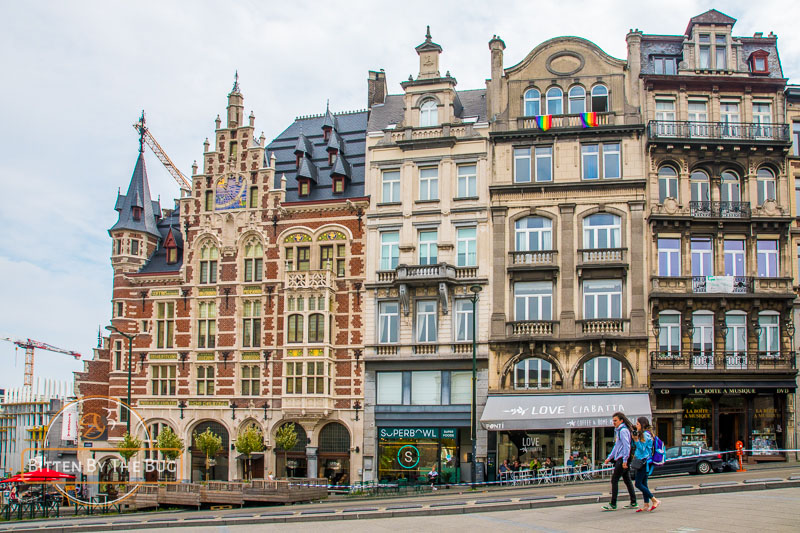 For another perspective over the Mont des Arts garden, you can also climb up to the rooftop of the royal library (for free). Buy a drink and pick a table to enjoy some rest while looking out over the center of Brussels and the Palace of Justice, another of Brussels’ famous landmarks.