Everything Brussels Hotspots in Brussels Sights Grand Place of Brussels

Apart from being one of the most beautiful landmarks of Brussels (or even Europe), the Grand Place has also been listed as a UNESCO World Heritage Site since 1998. The large square paved with cobblestones feels like an open-air museum, as it is surrounded by majestic monuments like the guild houses, the Museum of the City of Brussels and the town hall.

The grand majority of buildings have been constructed after the massive bombardment of Brussels in 1695. The French attacked the mostly defenseless city center with cannons and mortars in an effort to draw the League of Augsburg's forces away from their siege on French-held Namur . As a result, only the town hall and fragments of a few other buildings remained standing. The city’s guilds rebuilt most of the Grand Place in the following four years.

Did you notice that the town hall is not built symmetrically at all? It could be fun to challenge your travel companion to spot as many differences as you can. The faulty symmetry is due to the fact that it was built in several stages between 1402 and 1455, each one under the lead of different architects. Although the gothic building looks good at first sight, you’ll notice that the tower is not exactly in the middle and that it has round windows on one side and square ones on the other… Legend has it that the architect who designed the building committed suicide by jumping from the top of the belfry after realizing his mistake. The spot has ever since been marked with a star. Truth is, the star represents the zero point in Brussels, the point from which the distance to the capital is measured. And the statue towering over the townhall is of Saint Michael, the patron saint of Brussels, slaying a demon.

The Museum of the City of Brussels

The Museum of the City of Brussels is located in the Maison du Roi (French for King's House) or Broodhuis (Dutch for Bread Hall). In the 13th century, it was a wooden building where bread was sold. In the 15th century, it was replaced by a stone building that housed the administrative services of the duke and later the king. The locals kept on calling it the Broodhuis, whereas the French-speaking elite referred to the building as the Maison du Duc or Maison du Roi.

Today, the building houses the Museum of the City of Brussels. It is dedicated to the history and folklore of the City of Brussels from its foundation to modern times, which it presents through paintings of Breughel, sculptures, fine tapestries, engravings, photos and models, including a notable scale-representation of the town during the Middle Ages.

Access to the museum is 8 euro, which also grants you access to the Garderobe MannekenPis. Every first Sunday of the month, entrance is free.

The facades of the guild houses on Grand Place have marvelous and detailed facades which reveal a lot about their days of glory, when Brussels was one of Europe’s main centers of industry. Can you guess which one belonged to the brewer’s guild? Or to the bakers? They’re actually quite easy to recognize. 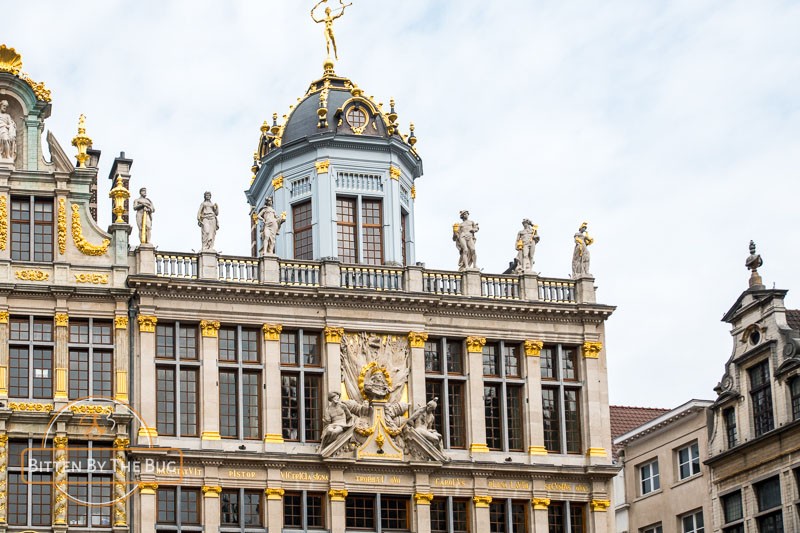 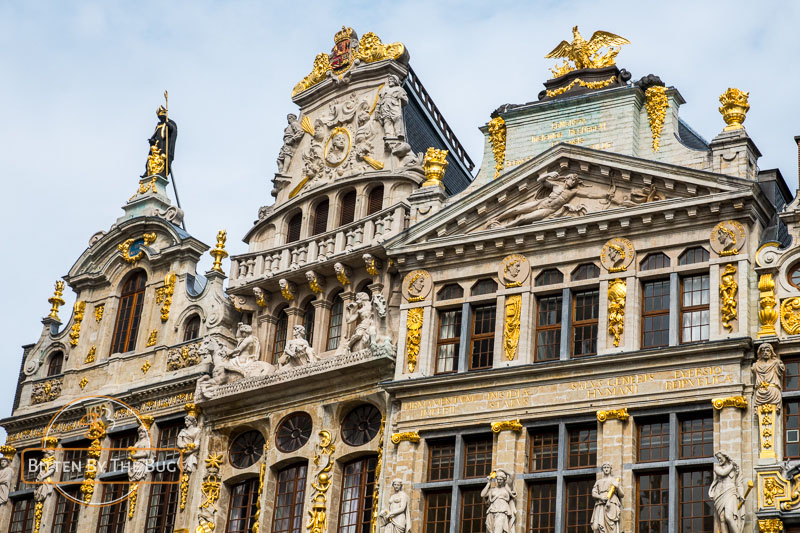 Events on the Grand Place

The Grand Place often hosts major events and festivities like