Unusual bars you have to try in Brussels

Unusual bars you have to try in Brussels

Apart from many excellent beer bars, Brussels also holds a range of one-of-a-kind bars. They usually stand out by their atypical setting and quirky decor, thereby creating a unique experience. Did you already know these special bars?

One of Brussels’ weirdest bars, Le Cercueil (‘the coffin’) is a creepy bar just off Grand Place. The most distinguishing feature is that you’ll be sitting around a coffin instead of a table. The rest of the interior design is also very much Halloween-inspired, with creepy paintings and other weird objects. It’s one of the few places where you can order the beer Tête de Mort, which is served in a skull-shaped glass. Alternatively, you can opt for a beer cocktail in a skull-shaped mug, or one of their cocktails with obscene names like vampire blood, devil’s sperm, sex in the coffin… 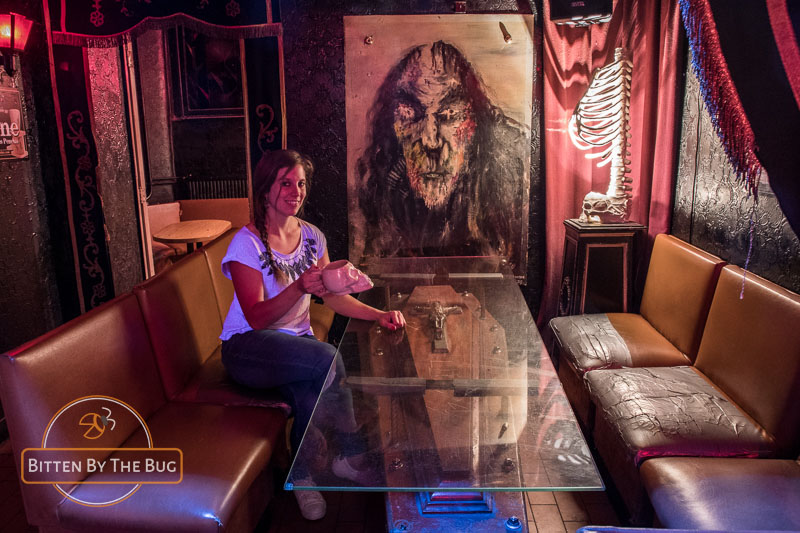 This dimly-lit bar features a maze of rooms and a quirky décor with ragged old sofas, rambling staircases, random paintings and portraits of the Royal family. It feels a bit like an old brothel turned bar, where the jukebox constantly blasts French chansons like Piaf, Brel, Ferré… The comfy couches, private rooms and candlelight create an intimate setting for a romantic rendez-vous with your other half. The drinks menu is rather limited and quite expensive. If you fancy sweet drinks, you could opt for a glass of fruit wine for 5,50 euro.

This atypical cocktail bar is based in a former 19th century pharmacy building next to Mont des Arts. It’s a steampunk cabinet of curiosities featuring animals preserved in alcohol flasks, a stuffed real-life lion, oriental rugs, paneled wood walls… Although the prices are steep and average between 12 and 15 euros, the cocktails are amazing and carefully prepared by experienced mixologists. It’s recommended to book a table beforehand as the place usually fills up quickly.

Entering this little bar is like stepping back in time. The original part of the bar consists of three smallish rooms with the bar in the middle one. The walls, stained from years of smoking, are covered with drawings, collages, aphorisms and other unusual frames that date back to times when Brussels’ Surrealists like René Magritte gathered here frequently. Later, it became a favored establishment of the Cobra movement. Fun fact: Make sure to spot the pamphlet at the entrance describing the erotic services offered in the brothel of a certain Madame La Pompe. Apart from the unusual setting, Le Fleur en Papier Doré is also a traditional old café with traditional food and great Belgian beer. 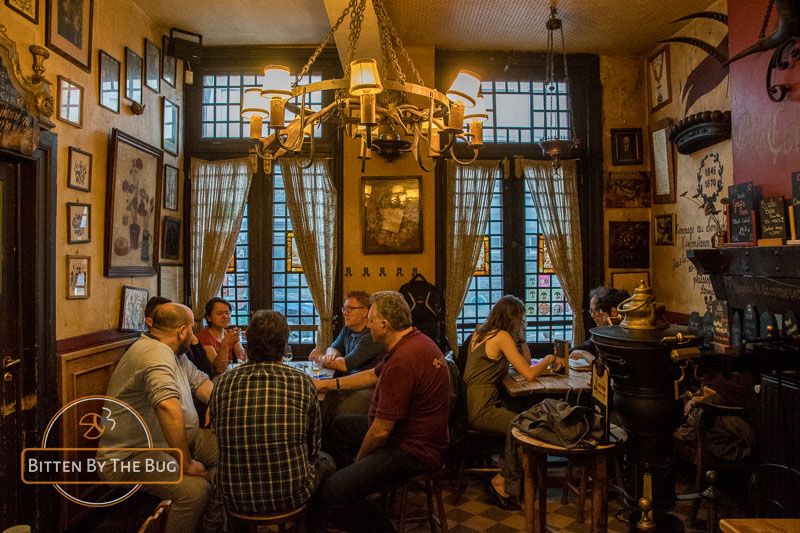 Sitting close to Place Stéphanie, this place is quite unique as it’s the only cat café in Brussels. While sipping from a coffee or a hot chocolate, you’ll be surrounded by a bunch of rescued cats. If they’re allowed into the café, it means they’re social enough to interact with people. If they’re in the mood, they’ll even come over to greet you and let you pet them. If you would happen to fall in love with one of them, you can inform about the adoption procedure and maybe take home a new furry flatmate. 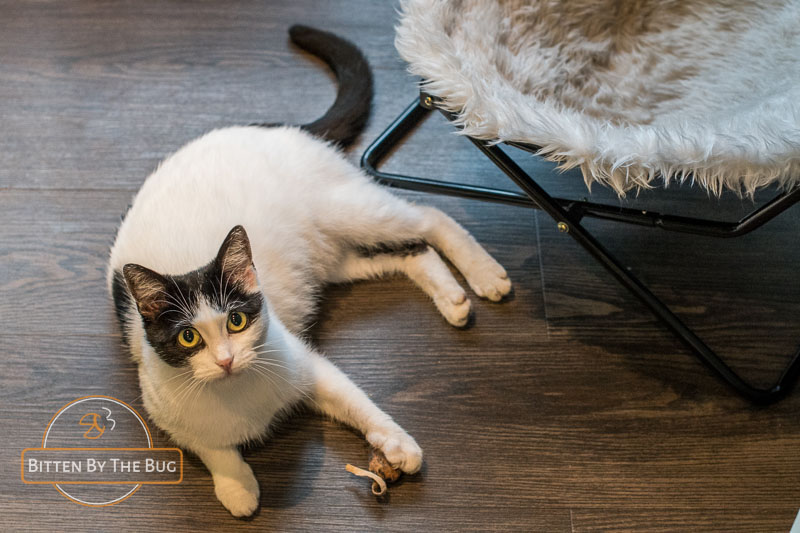 Despite its location in front of Manneken Pis, this authentic beer bar still retains its local character as it’s very popular with both locals and tourists. Apart from an impressive beer menu and very knowledgeable waiters, this café also stands out because of its antique décor and puppetry adorning the walls. Sitting inside, you wonder how all those decorative statues and trinkets are cleaned and dusted. Next to the stairs leading to the toilets downstairs, one table is permanently taken by some real-life puppets. Especially after a few beers, you’d hardly notice they’re not regular customers.