Tucked away in a small alley, Théatre Royal de Toone is one of my favorite bars in the city center. Despite its hidden location, many visitors still flock into this pub for various reasons. Some are looking for a cozy and authentic setting close to Grand Place, others appreciate the decent selection of Belgian beers. But the most unique feature about Toone is its famous puppet theater and matching decoration. 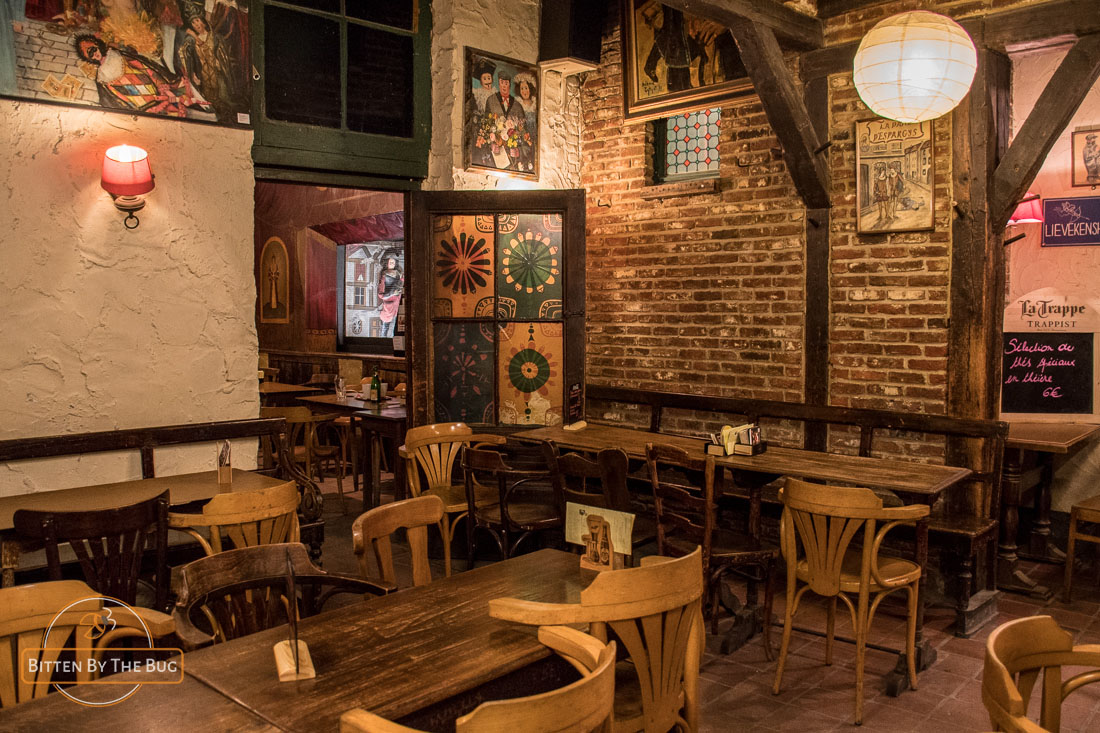 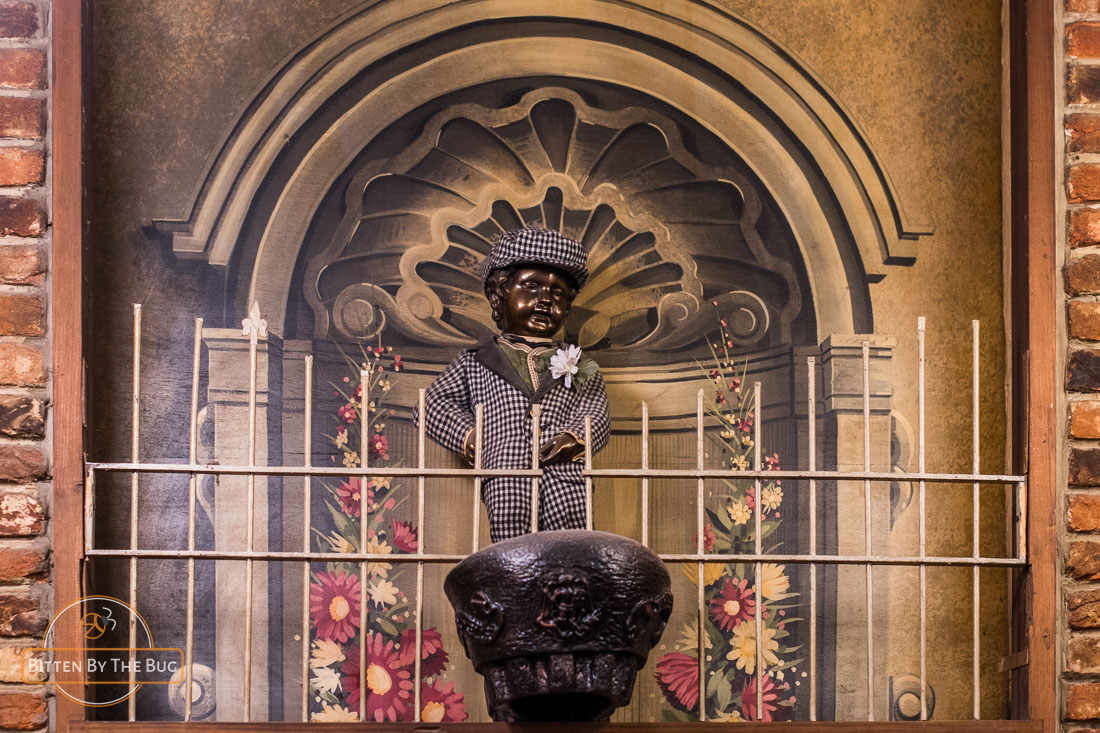 At a stone’s throw from the Grand Place, Bij Toone is one of the oldest cafes in Brussels. The yellow plaster is crumbling off the walls, which are adorned with puppets, paintings, posters and newspaper clippings. You can tell this place is boasting with history. The bar itself is made up of three rooms, one of which was used as the theater room. Although nowadays the puppet theater has moved to the first floor, you can still see the extending gallery where the audience sat in in earlier times. In front of the gallery, two musketeers are forever fighting in the niche that used to be the scene. 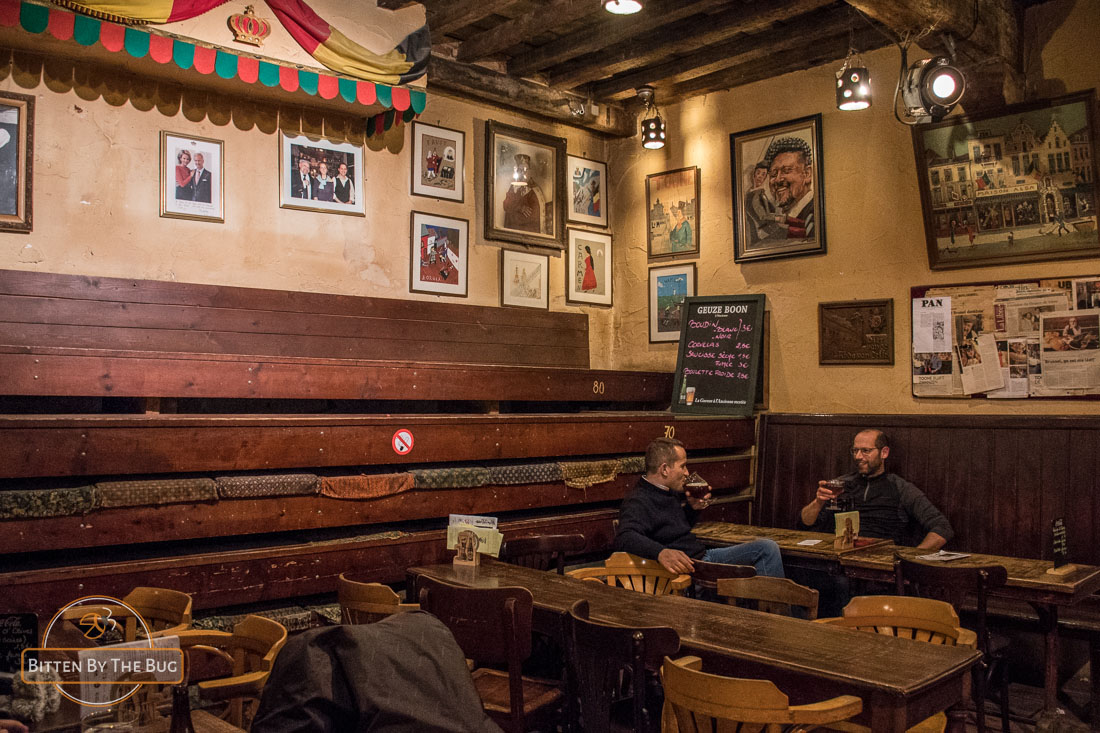 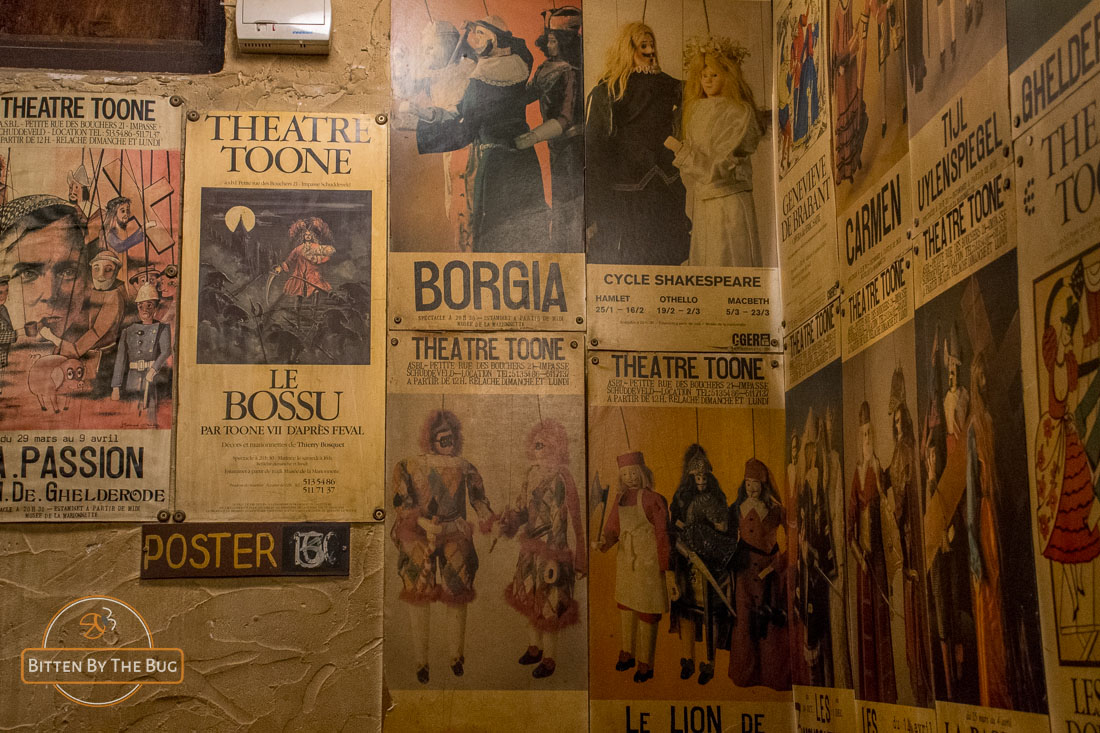 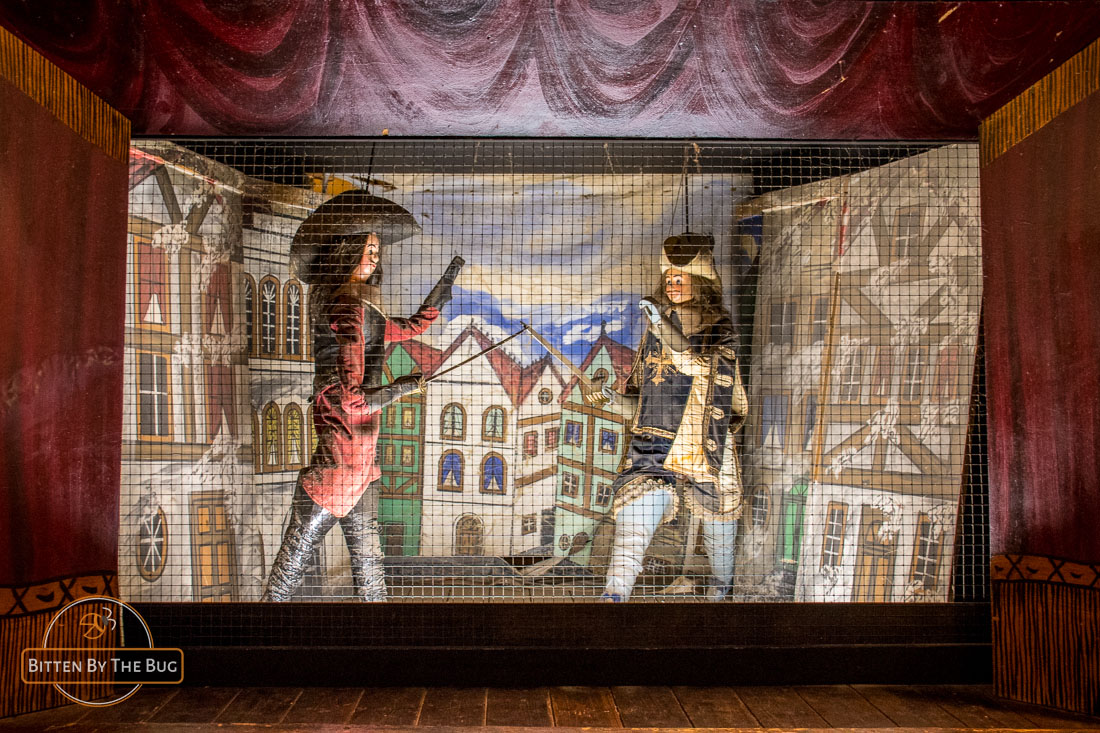 In the room at the back you’ll find the counter and a fireplace in front of which the pub cat likes to nestle. 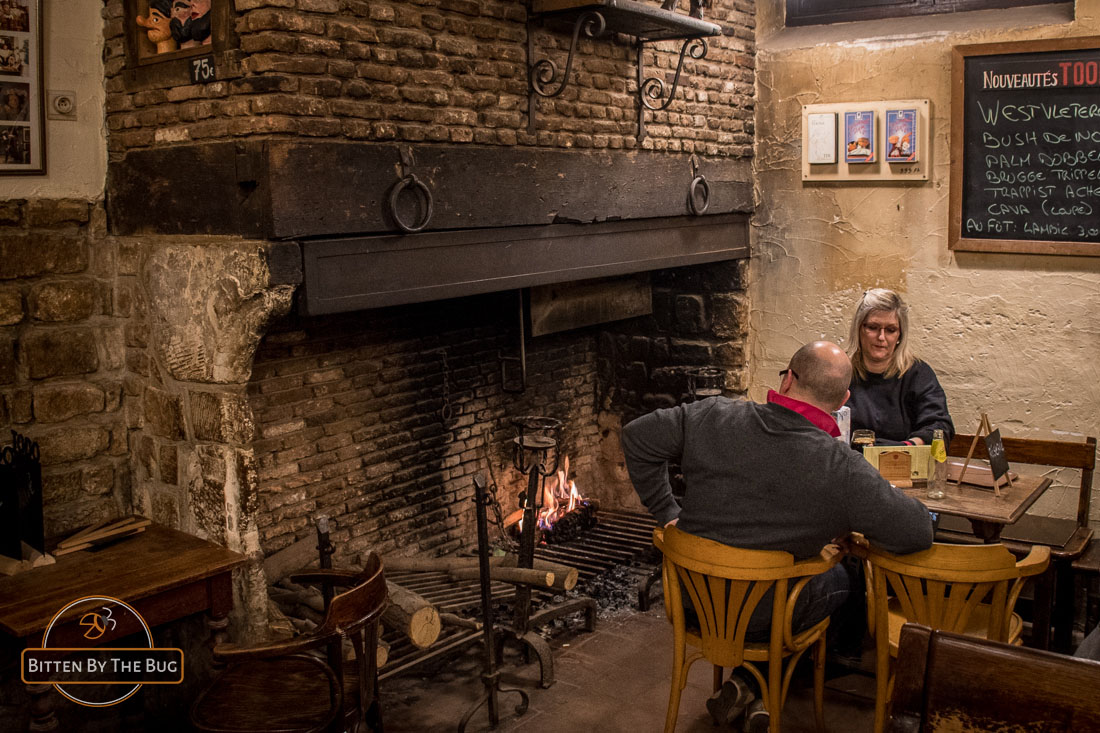 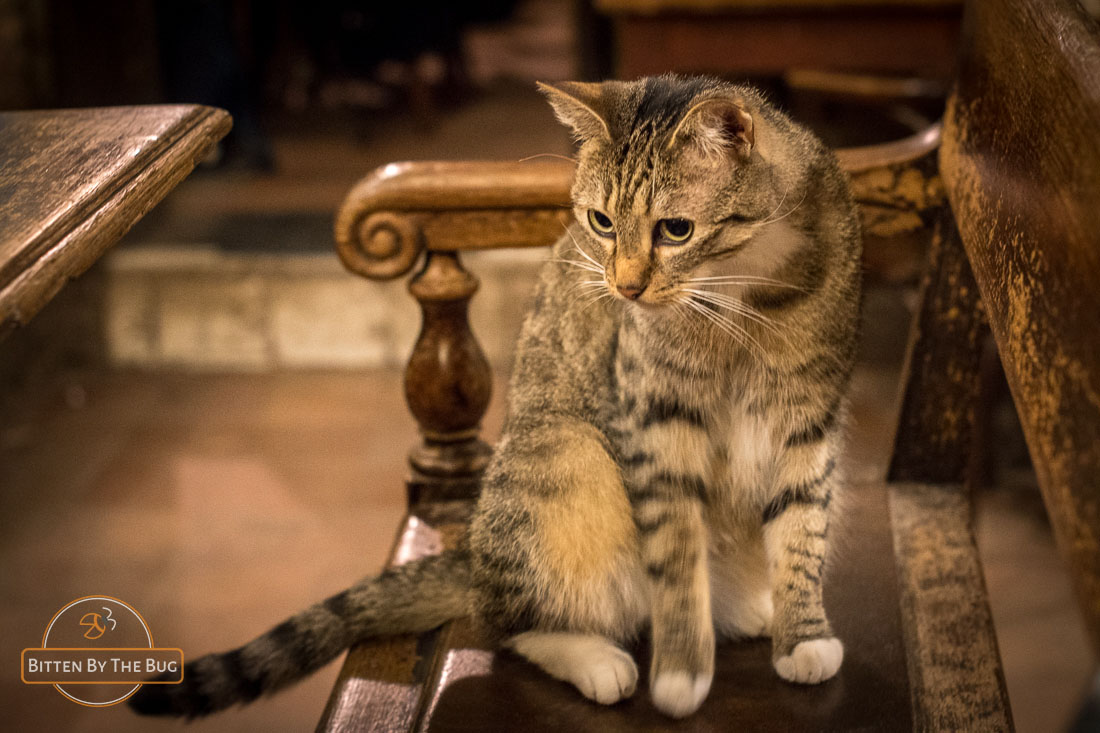 Café Toone feels like a brown cafe where you can withdraw from the crowds and enjoy a good beer in a laidback manner. They have a nice selection of beer on draft, among which the sweet brown ale Kwak, served in the traditional glass with wooden stand. If you’re hungry, order a typical Brussels snack like a ‘boterham met Plattekeis’ (a typical cheese sandwich). 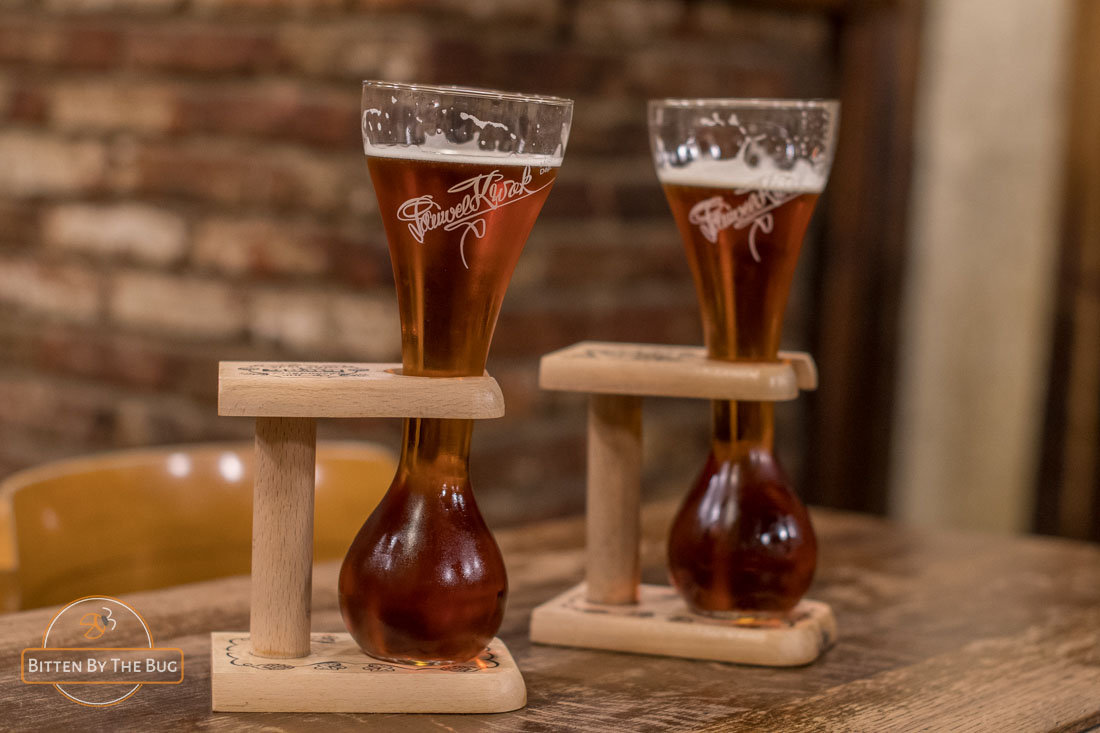 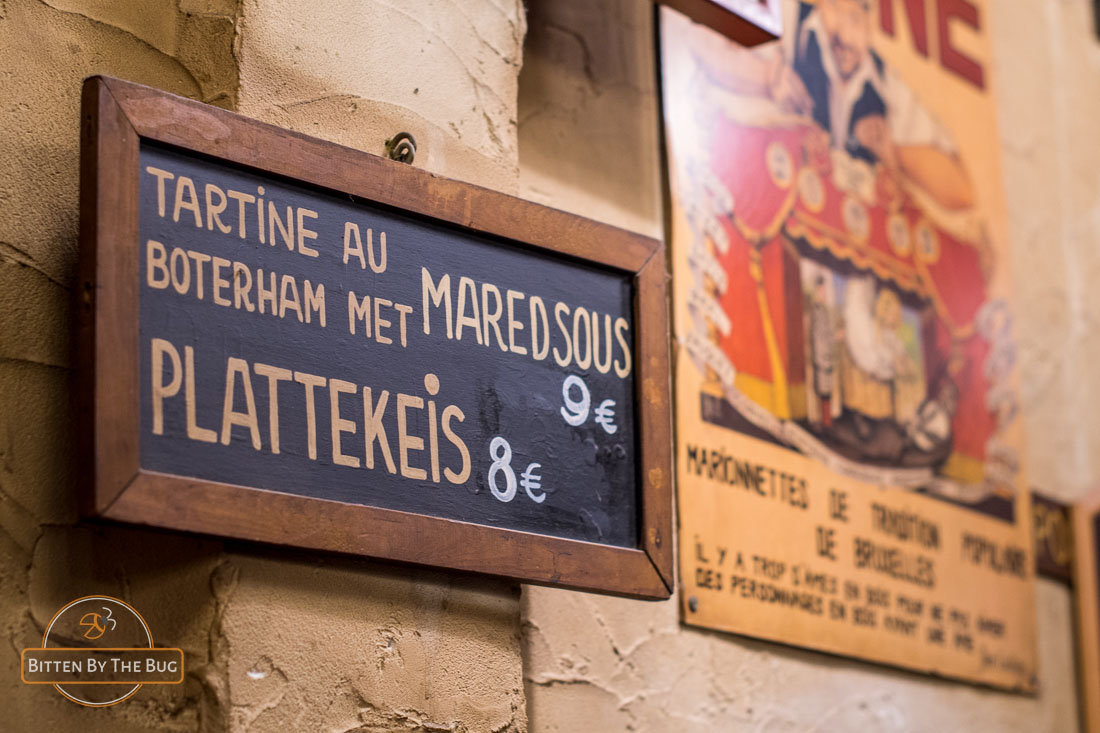 On a sunny day, you can also sit on the terrace in the back alley, which must be one of the most quiet outdoor terraces in the city center. 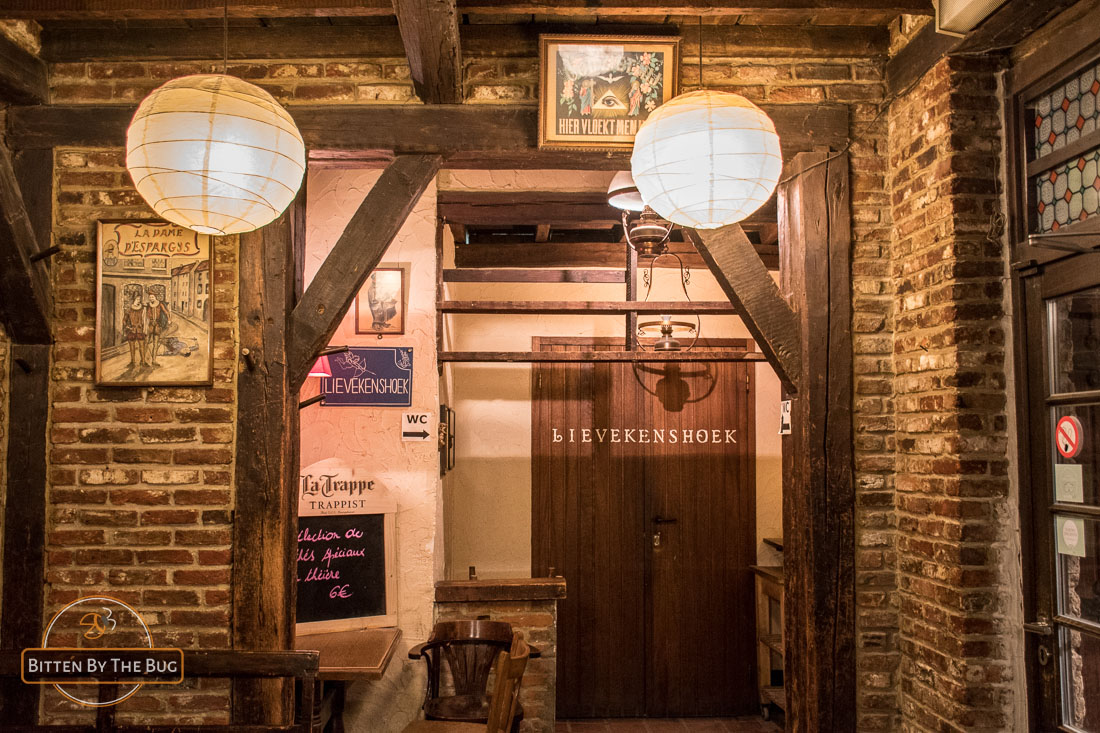 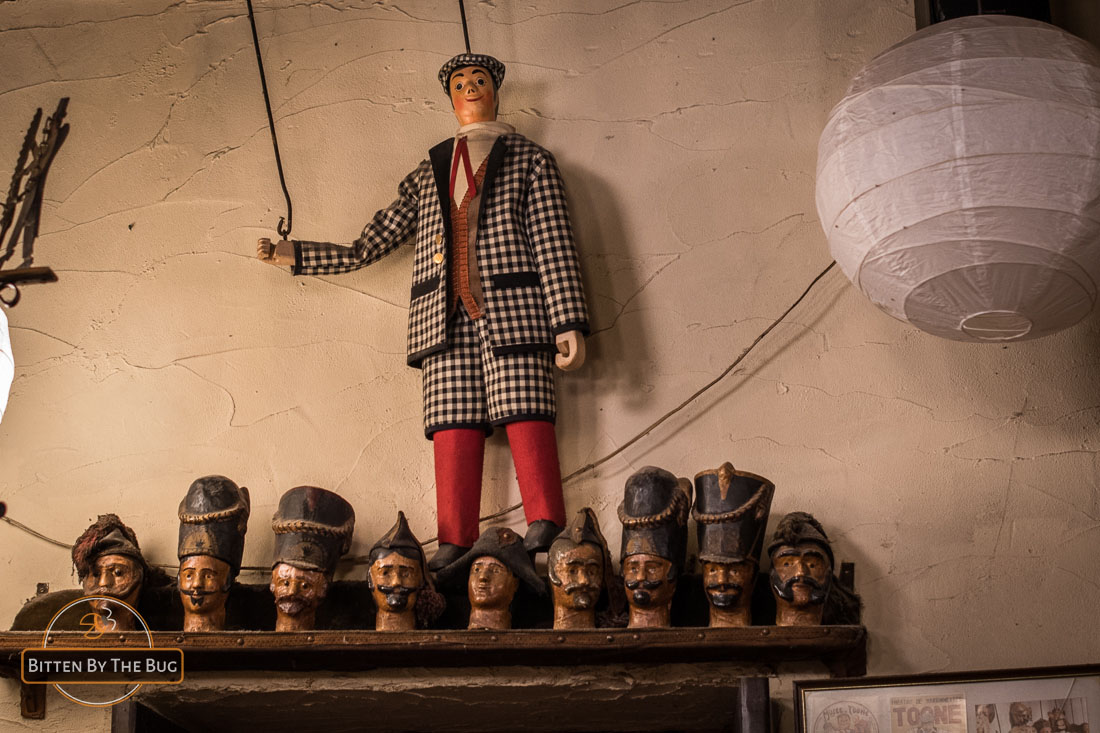