The brasserie La Lunette is conveniently situated on Place de la Monnaie, which makes it a nice retreat from the swarm of shoppers in the Rue Neuve. As a brasserie, La Lunette serves both beer and food. When I go there, it's for the beer though... and more particularly the glass it comes in. 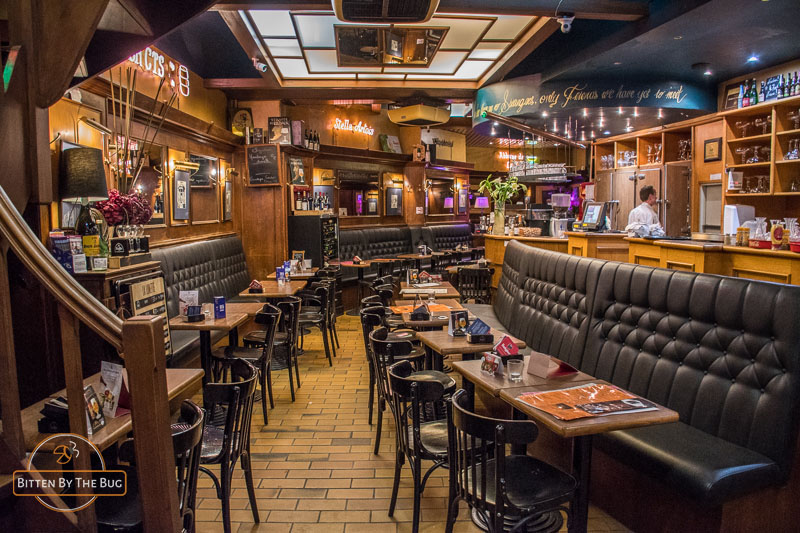 La Lunette exists since 1853 and was named after the astronomical observatory that used to be situated nearby. Despite its long history, the bar doesn't feel very old or authentic, as the furniture and design are quite classical in a 'standard' way. It's also a bit touristy and rather expensive. 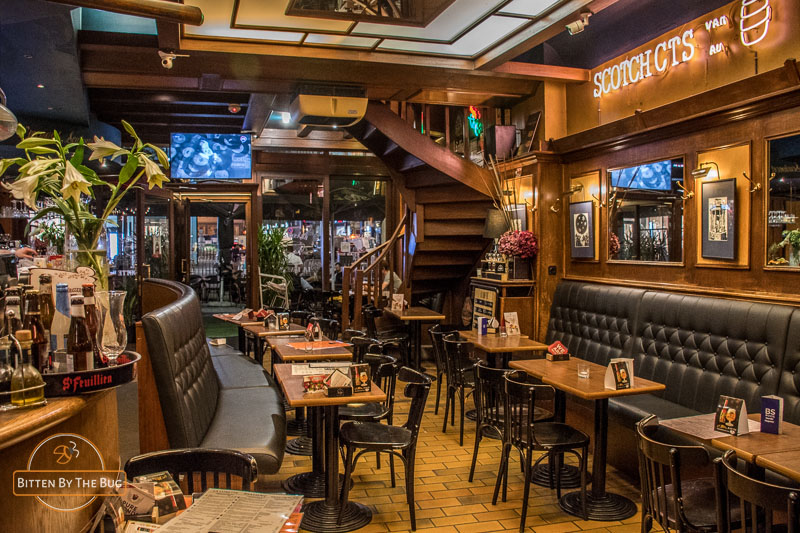 Nevertheless, there are still some good reasons to go there. La Lunette sits on Place de la Monnaie, next to the Opera house La Monnaie. If you're thirsty after the show, or if shopping in Rue Neuve made you hungry, La Lunette isn't far. I can't vouch for the food as I've never tried it, but I can tell you a thing or two about the drinks.

The beer menu is relatively large. A bit pricy, but reasonable. When I go there, it's to have a beer served in their special 'La Lunette' glass. 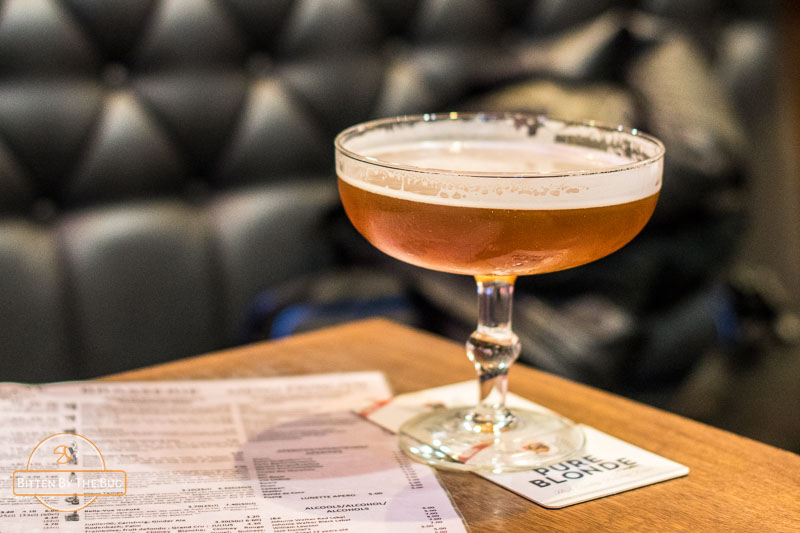 It's a huge champagne coupe which holds one liter of beer. These glasses appeared after the Second World War, when they were used to serve Gueuze. In the Lunette brasserie, the standard 'Lunette' contains a liter of lager beer costs 10,80 EUR. If you (and your liver) are trained, you can also order a 'Lunette Spécial', which means you can pick any beer from the menu to be served in a one liter Lunette glass. This is the moment where you have to decide which is your absolute favorite in terms of beer. (A more sensible option is to order just one Lunette Spéciale for both you and your company.) This drink comes at 14.40 EUR.

Apparently, they also have another special glass called Zjievereir. This one has very small holes right under the logo. If you want to pull a prank one your drinking buddie, order this glass for him and watch him spill beer on himself everytime he attemps to drink. If you do, please let me know how it works. I've never seen the glass myself! 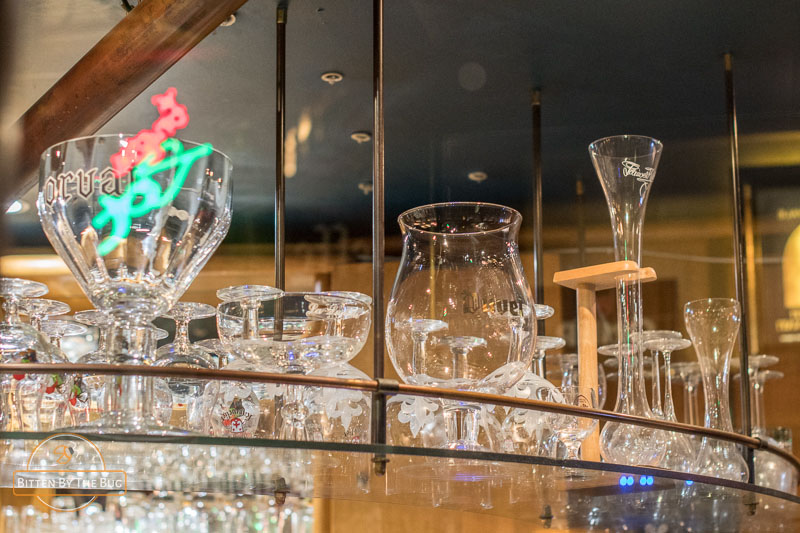 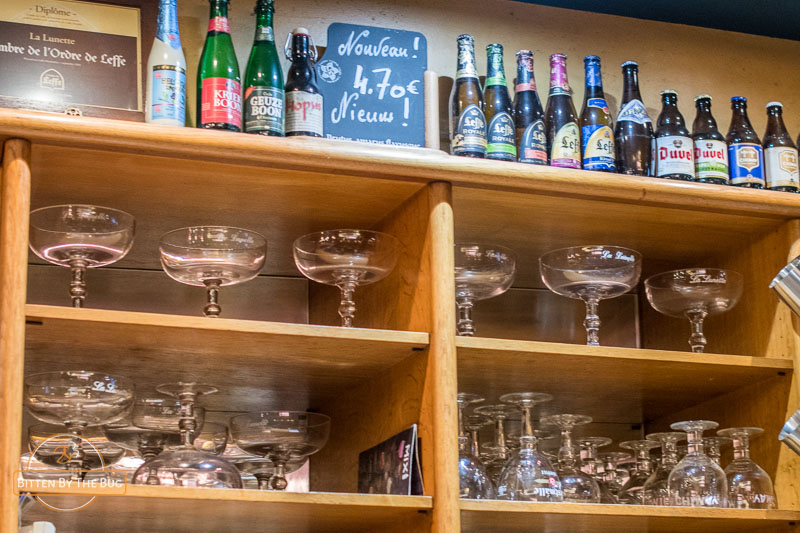