Looking for a teambuilding activity in Brussels? There’s lots of possibilities to be found online, but which one matches best with the interests of your group? In this article we’ll discuss some fun teambuilding activities to help you make the right decision. We’ve tried each of them ourselves, so we’ll give you an honest opinion and description of what the activity entails exactly. One thing is for sure: we’ve had loads of fun!

Our favorite teambuilding activity was the Special Agents Mission at Koezio at Dockx. Upon arrival, each participant is invited to pick a special agent name, put on a black overall and wear a special badge. By this change of identity you’re entering into another universe, which feels really overwhelming once you enter the ‘arena', a huge level-based area boasting impressive constructions and special effects. You won’t have much time to gaze around though. Once in the arena, the real game begins! During a series of intellectual and physical challenges you’ll have to work together closely with your team members to obtain as much points as possible and beat other teams. 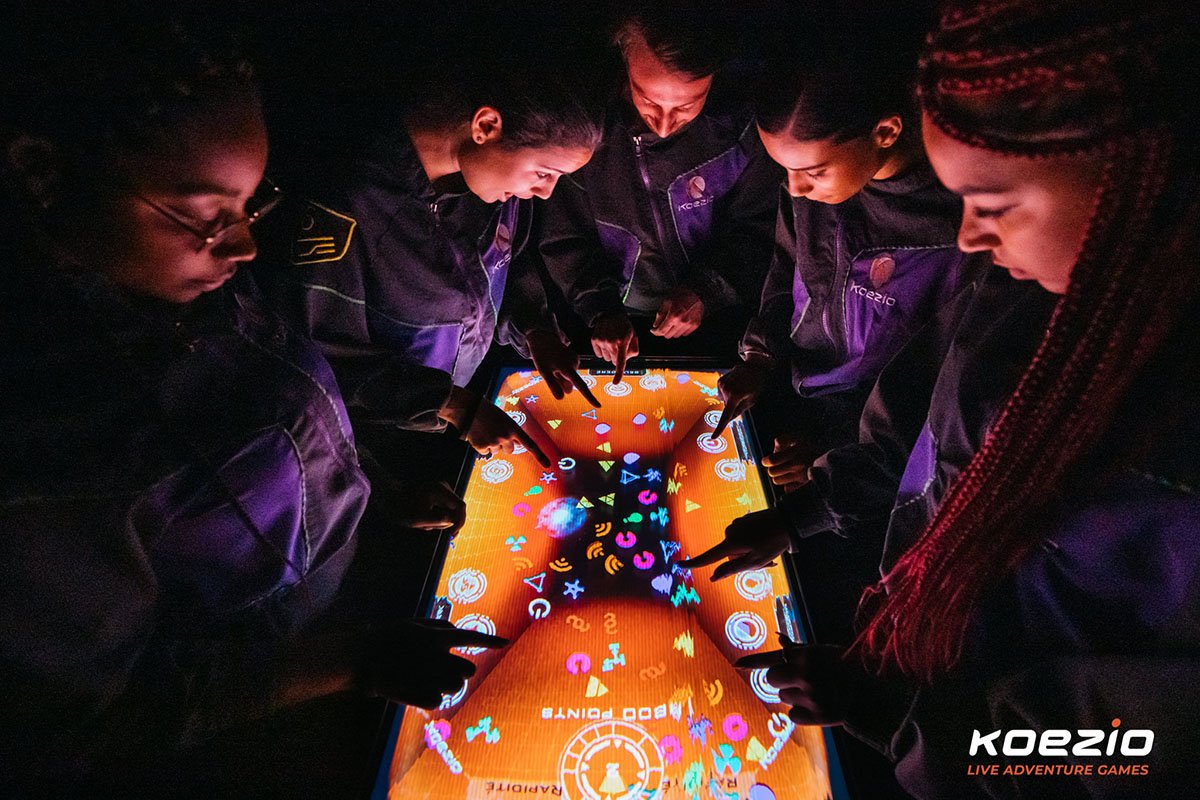 Koezio refers to the French word ‘cohésion’, which is of primordial importance during the entire game. The blend of intellectual and physical also appeals to a different set of skills, which makes it fun for any kind of player. At Koezio, you also have some meeting rooms at your disposal to do some actual work first (work hard, play hard, right?) Otherwise, the coaches of Koezio are also happy to entertain some teambuilding games where you get to know your colleagues on a more personal level. 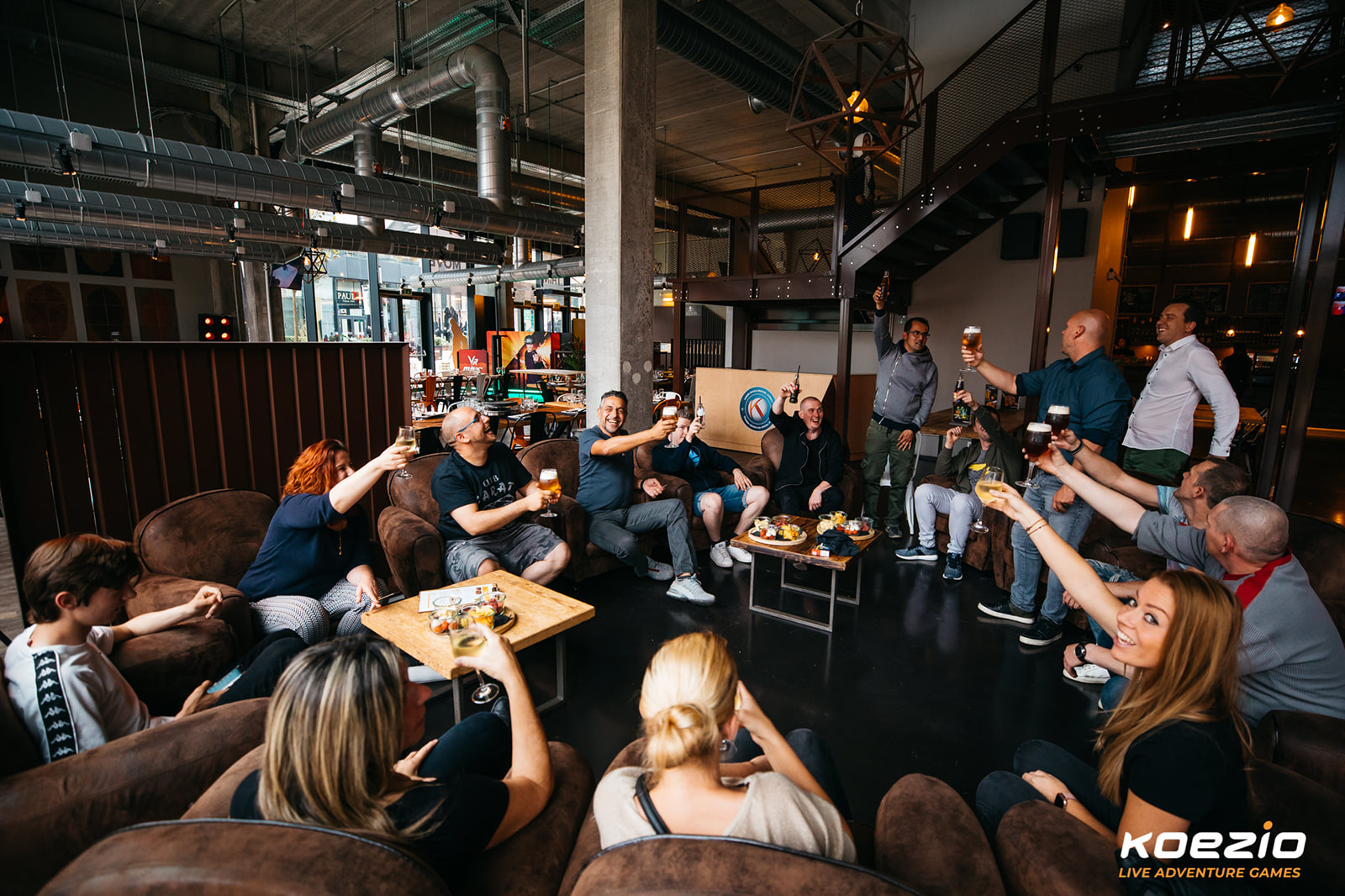 Who doesn't love chocolate? General silence Well, that proves that this chocolate workshop will appeal to anyone. Moreover it’s given in English, which is handy for linguistically mixed groups. During this workshop you’ll work in small groups while learning how to make pralines, mendiants and hot chocolate. It’s not that difficult and really fun to do. Afterwards each participant can take home a box with handmade pralines and mendiants, but remember: sharing is caring! Now, who’s the best chocolatier in your team? 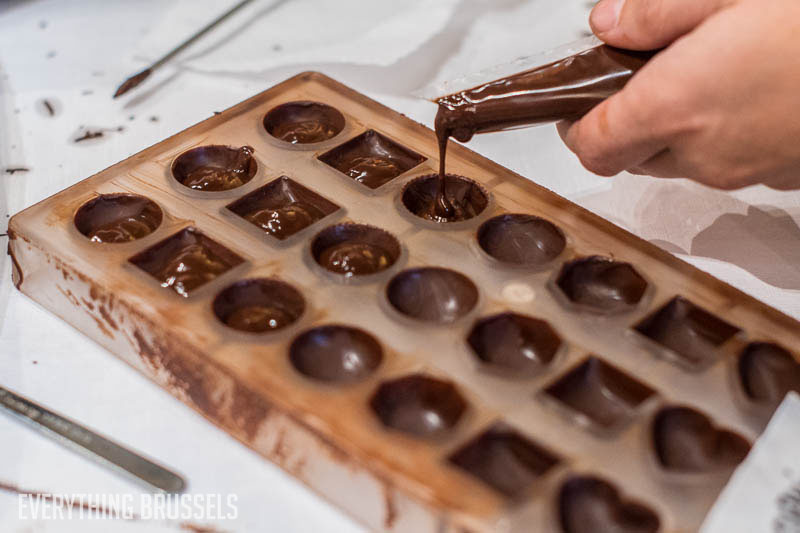 Oh, they also have waffle workshops. Assuming that most Belgians know how to make a waffle, I would rather recommend this workshop to tourists and expats. Nevertheless, making the dough and baking it doesn’t take that long, so you still have lots of time for an all-you-can-eat waffle party afterwards! 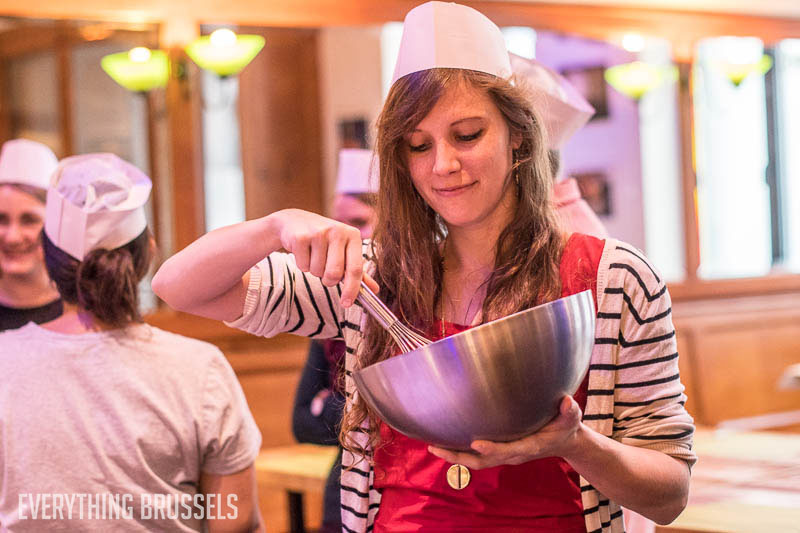 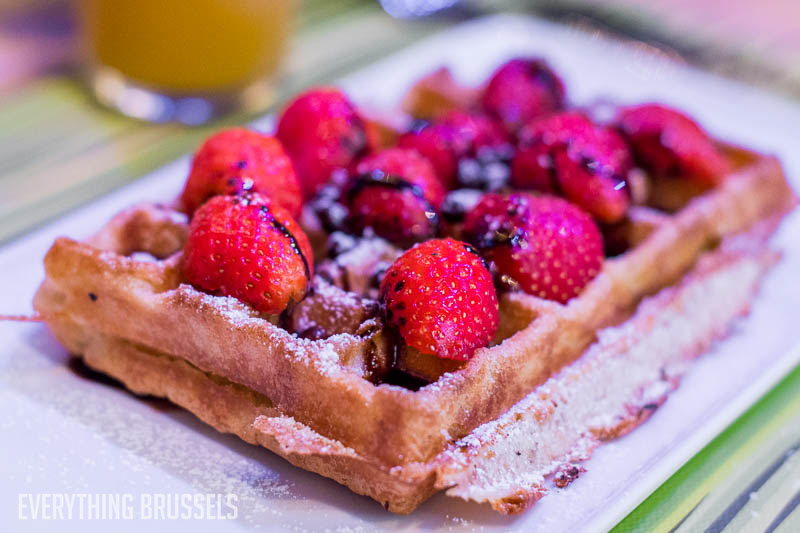 Why not go outside and explore the city with your colleagues? Brussels has so much to offer that both locals and commuters will learn something new, especially if you hire a guide to take you around.

Valérie from Bazaar Trottoir for example organizes tours about different thematics such as female entrepreneurship, street art, ecology and Belgian beer. These tours can also be turned into culinary tours that include street food, beer tastings or even local vegetables. Have a look on the Bazaar Trottoir website for all the options. 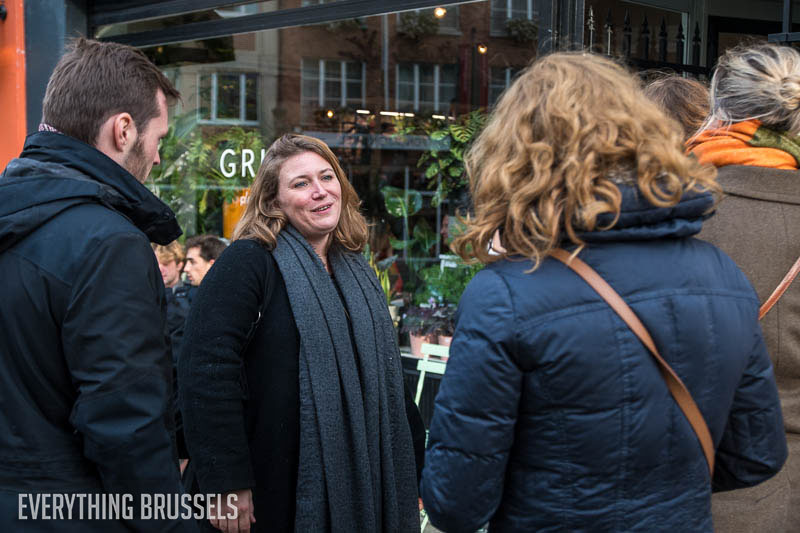 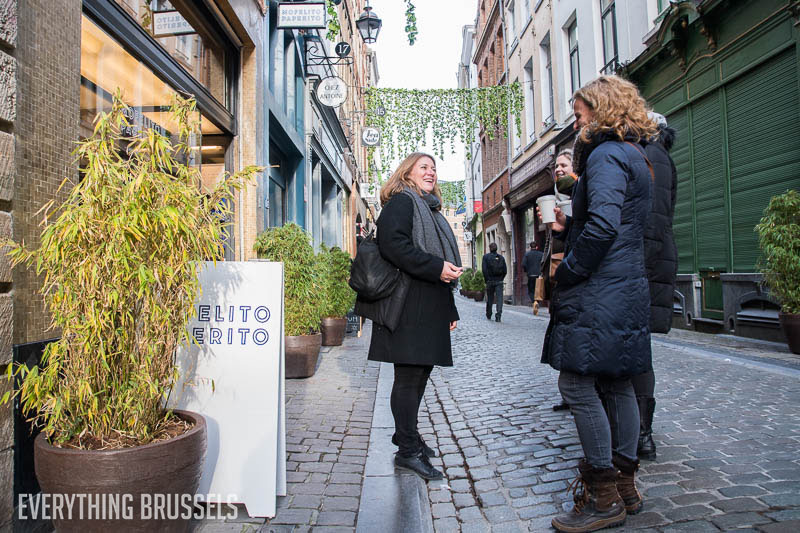 Are there many beer lovers in your team? Then the Beerwalk could be a fun alternative! During a guided city tour you’ll learn lots of beer-related facts about Brussels. Getting thirsty from all that beer talk? No worries, the tour includes multiple stops in local bars to try some special beers. The guides are knowledgeable and friendly, and the general vibe of the tour is very laidback. A great teambuilding activity to forget all the work-related stress and have a fun evening among colleagues. 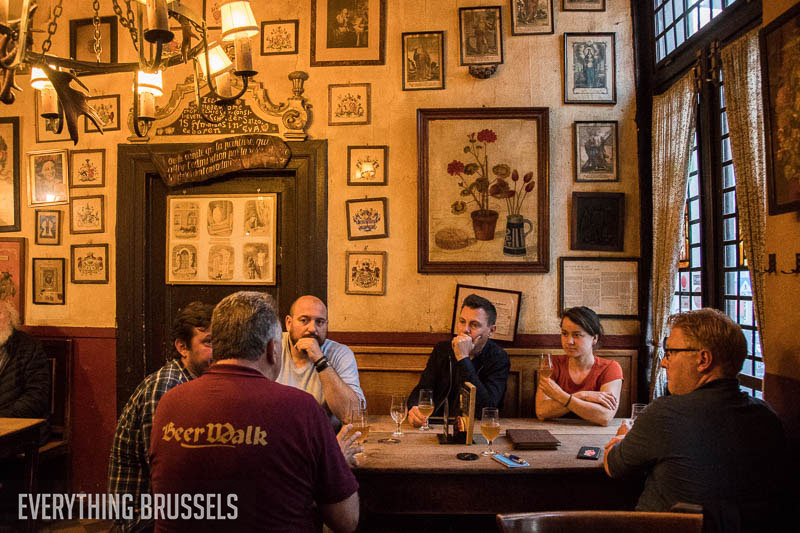 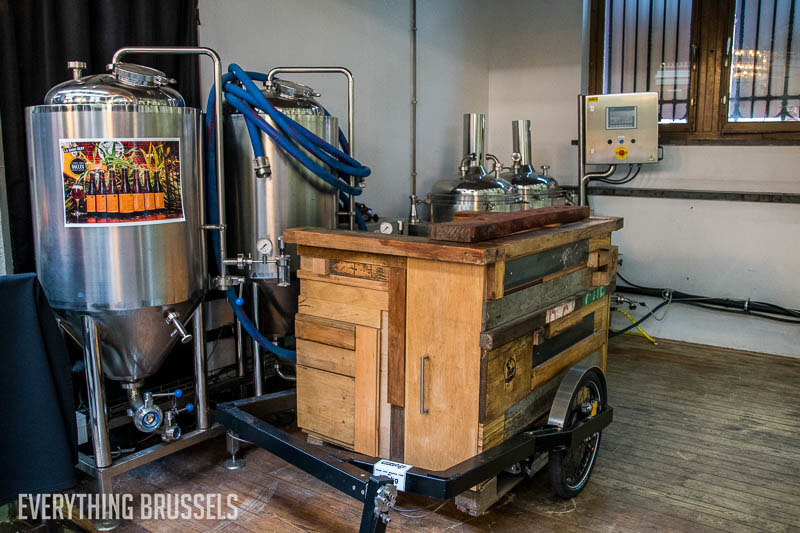 If you think VR games only appeal to gamers, you might be pleasantly surprised if you give these games a try! The virtual reality is so real and tactile that it will blow your mind away and immerse you into another world. It’s also a great teambuilding activity because Futurist Games accommodates up to 100 participants. You’ll be split up in smaller groups for some challenging multiplayer games where you’ll take it up against each other or join forces to beat a common enemy. While waiting other participants can try some of the experience games where you’ll (virtually) walk on the edge of a skyscraper and (literally) lose your balance. It’s so much fun and you’ll have a lot to discuss afterwards! 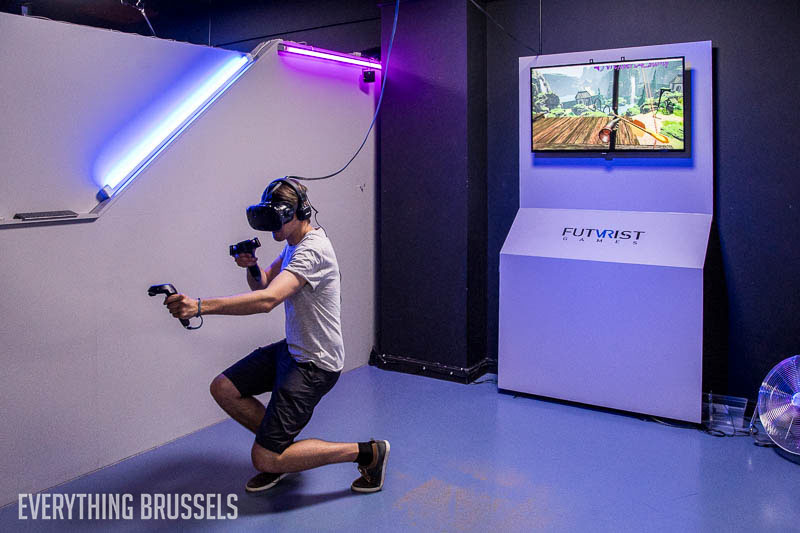 Also have a look at our article about activities for a bachelor party in Brussels !