Belgium is the ultimate destination for beer lovers, which makes Brussels the beer capital of the world. Although beer enthusiasts can simply drink their way through Belgium’s best, there is so much more for zythologists to discover. As a matter of fact, the city is overflowing with beer-related activities like beer bars, breweries, beer tours, beer pairing, beer museums… Below is an overview of the best beer-related things to do in Brussels.

A beer spa offers a nice moment of relaxation. It's a unique experience where you relax in a beer bath filled with hot water, beer, hops and other natural ingredients. You also have unlimited access to a beer tap to pour yourself a refreshing drink. In Brussels there are two places where you can do this: The Good Beer Spa in Saint-Josse or Bath & Barley in the city center.

But why bathe in beer instead of drinking it? Here are some proven benefits: ⁠

This special experience was also included in our list with unusual things to do in Brussels. 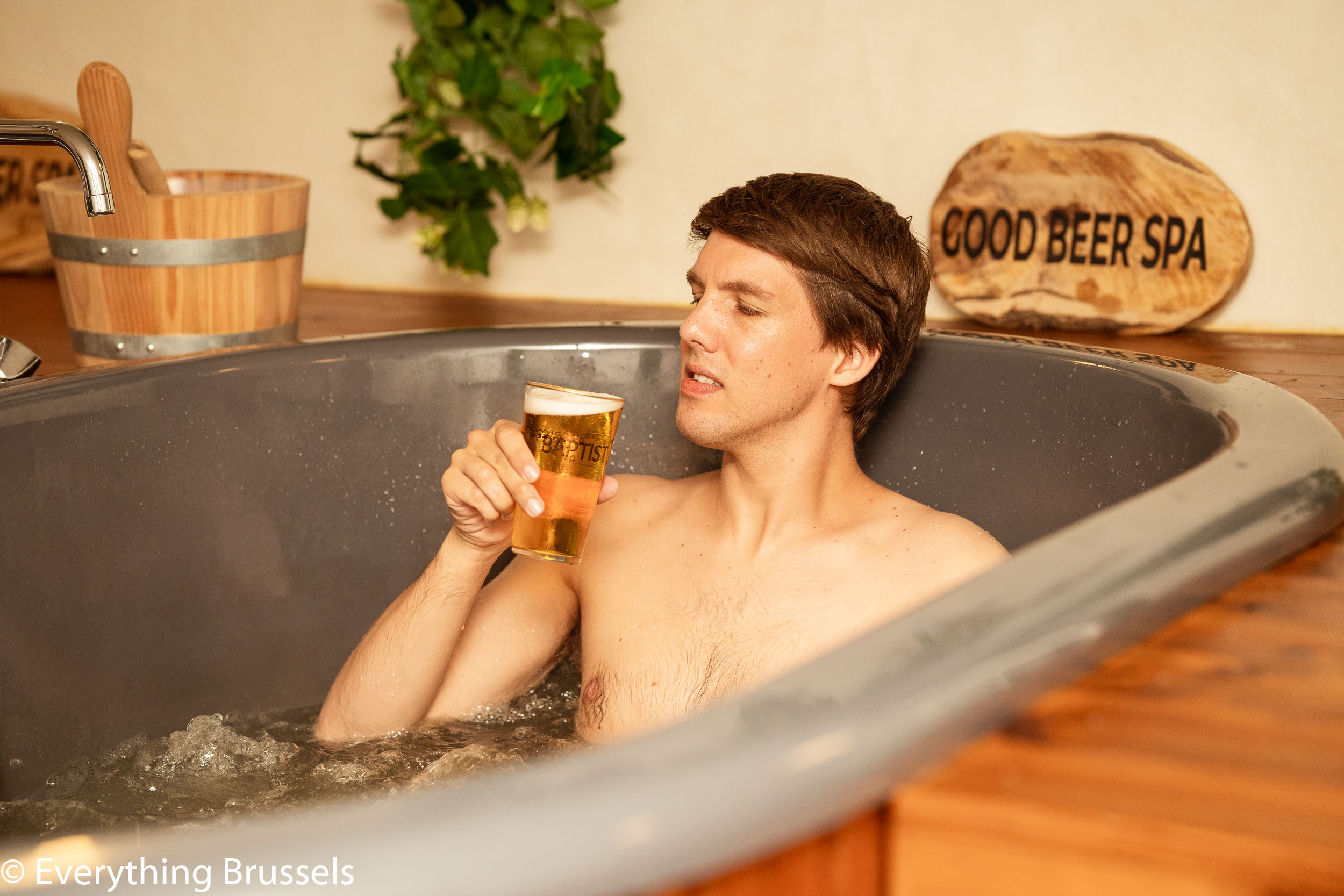 2) Try gueuze in the Cantillon brewery

Cantillon is a small family brewery that has barely changed since it was founded in 1900. Apart from its long-standing tradition, it’s also an interesting place to visit because it’s the last lambic-producing brewery in Brussels. You can join a group led by a local guide or take a self-guided tour. As the guides are very passionate and knowledgeable, they are by far the best way to experience the Cantillon brewery. You’ll learn about the brewing process within a unique microclimate (involving bacteria and yeasts living in wood), essential for the distinctive flavor of lambic beer. After the tour, you’ll get a free tasting in the café on the first floor. You can also hang around a bit longer to try the different Lambic, Gueuze, Faro and Kriek beers, or buy a few bottles to take home. Cantillon is one of the best breweries in Belgium, and their beers often are among the most expensive you’ll find in any bar. 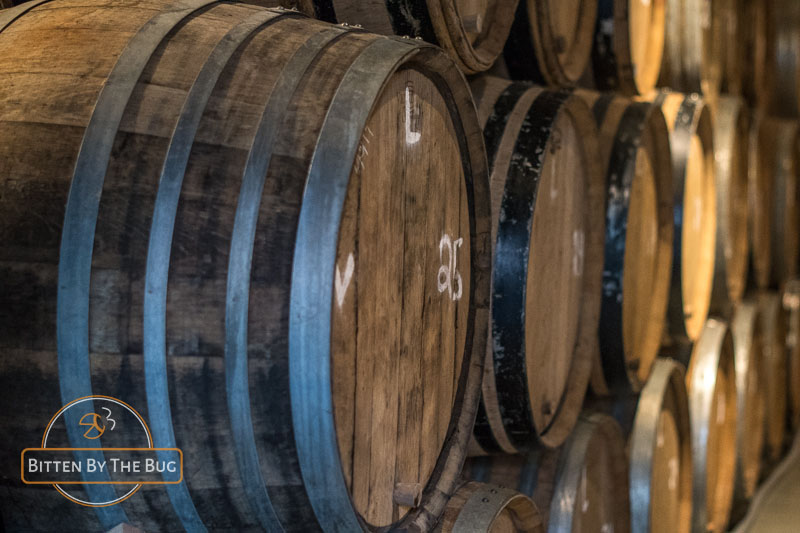 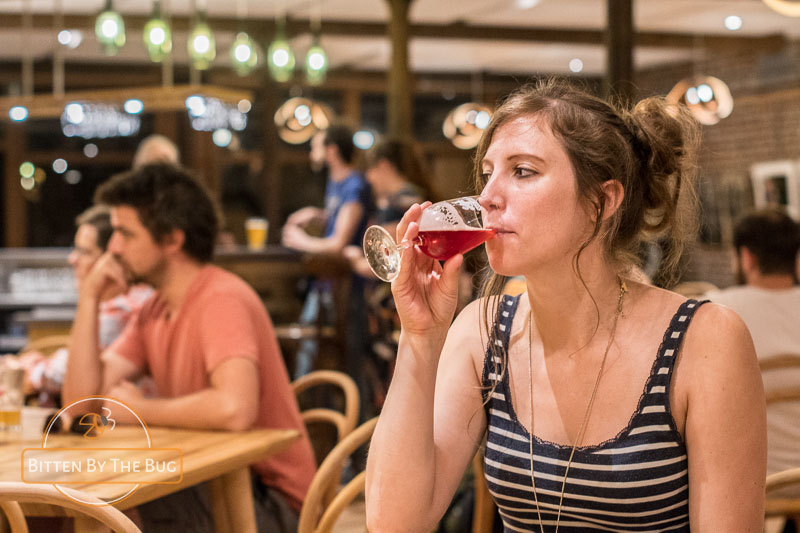 3) Have a beer in the Brewers’ House

The Brewers’ House is one of the beautiful buildings on Grand Place and the seat of the trade association of the Belgian Brewers. Since 1952, the cellar houses a traditional inn also known as the Belgian Beer Museum, which boasts three small rooms. The one at the back features some modern brewery equipment and short silent videos demonstrating the brewing process. The second one in the middle has several nostalgic beer-related items on display like antique porcelain jars, wooden beer barrels and old beer crates. The third one is the bar. Don’t expect a traditional museum though. The 5 EUR admission fee grants you access to an authentic cellar bar, a booklet with information on the beer culture in general and a free mystery beer. The experience is also immensely enhanced by the hearty welcome of the bartenders. Make time for a chat and you’ll end up hanging around much longer than you’d originally planned… 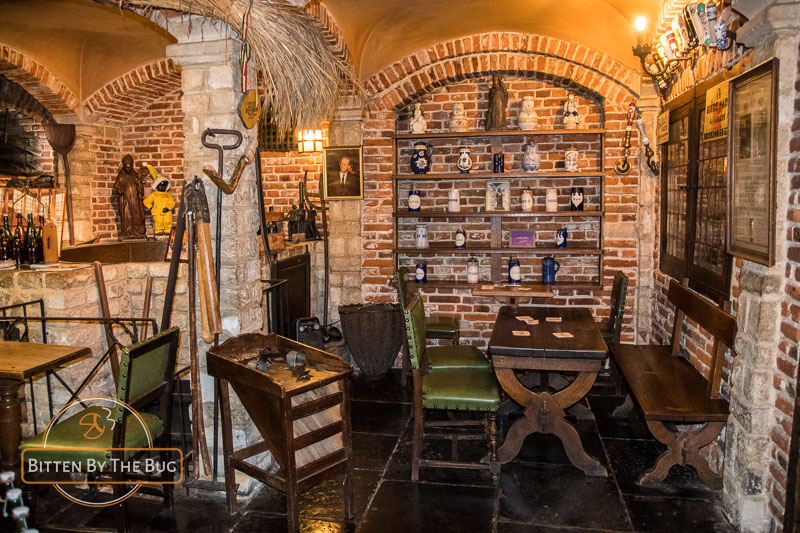 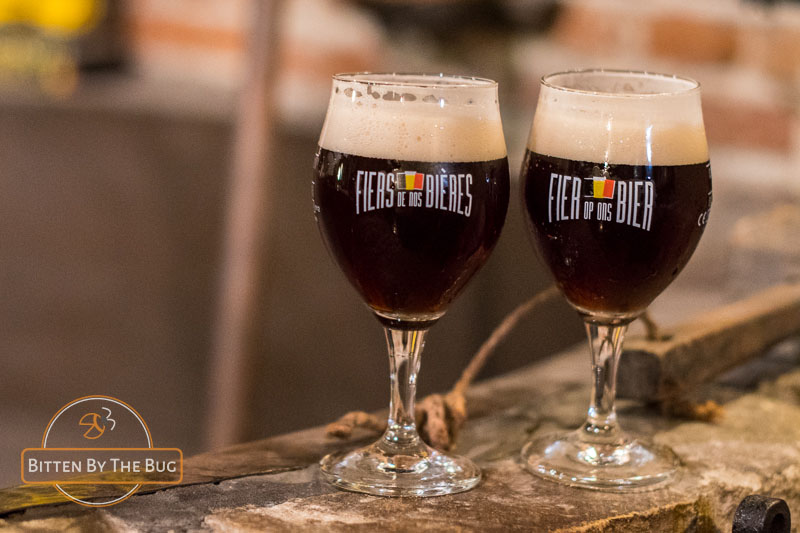 4) Organize your own pub crawl

Brussels is bursting with amazing beer bars, many of which are situated in the city center. Draw up your itinerary based on this article describing the best beer bars in Brussels and try different beers while soaking up the authentic atmosphere of every bar. Make sure to include Poeschenellenkelder, which is my absolute favorite when it comes to beer bars. Be warned though, Belgian beers are known for being stronger than the rest of the world’s beers so take it steady if you want to last until the end of the evening. 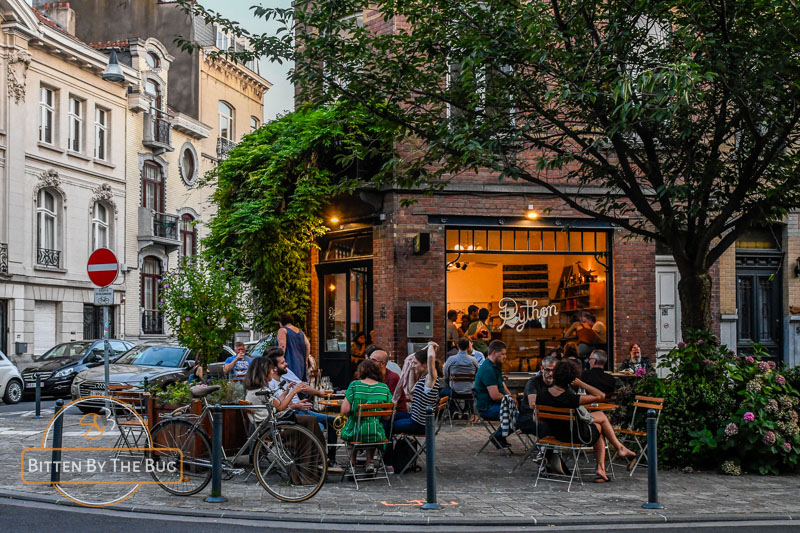 5) Have a beer-themed dinner

Thanks to their original menu, Restobières is an amazing restaurant for beer lovers. Every dish has a different type of beer as a key ingredient, which is also indicated on the menu. As for the drinks, they have a decent selection of beers, along with their home beer Formi-Diable. The restaurant is situated in the Marolles area, close to Place Jeu de Balles, and is nicely decorated with lots of vintage items. 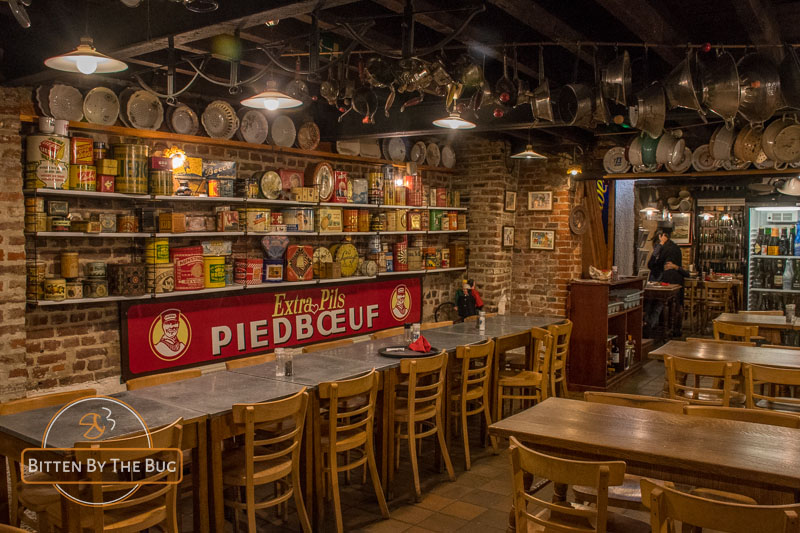 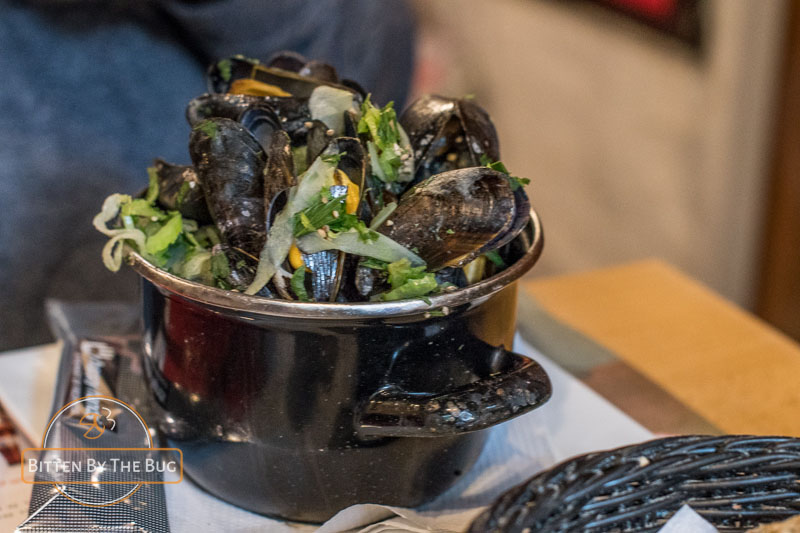 If you’d like to explore the city from an alternative perspective, this Brussels beer tour is what you’re looking for. No matter if you’re a local or a visitor, you’ll get to (re)discover Brussels while learning about Belgian beer. During a relaxed stroll through the city center of Brussels, the guide will point out landmarks related to Belgian beer history, while making regular breaks in some authentic Brussels bars. The BeerWalk is great way to start the evening when you’re in Brussels with your beer-loving friends. 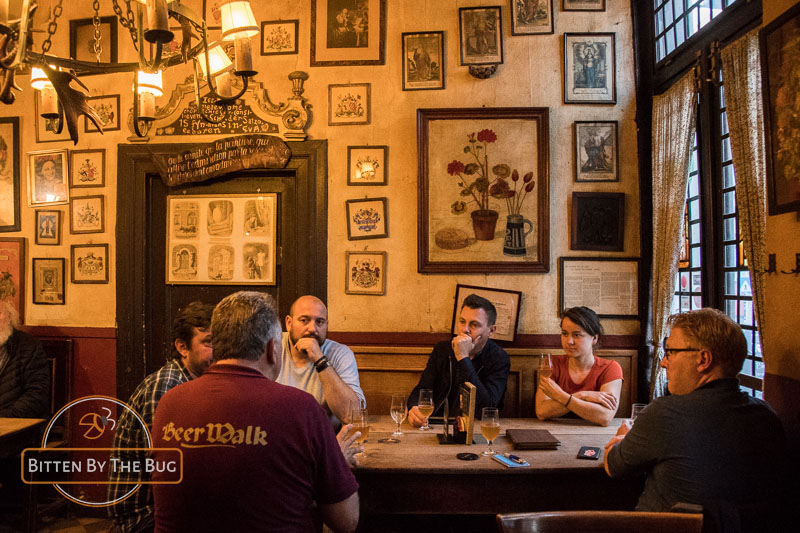 Situated in the commune of Schaerbeek, this museum is run by a local association of volunteers. It’s a small museum with all kinds of beer-related items on display: ancient machines, a collection of roughly one thousand Belgian beer bottles, several hundred beer mats, beer glasses, a fine collection of café hoardings… Included in the 3 EUR admission price, you’ll get a free tasting of “La Schaerbeekoise”, a beer brewed especially for this museum. The Schaerbeek Beer Museum is open only on Wednesday and Saturday afternoons. Keep an eye on the agenda, because they sometimes organize fun events, like playing old bar games while tasting local beer. 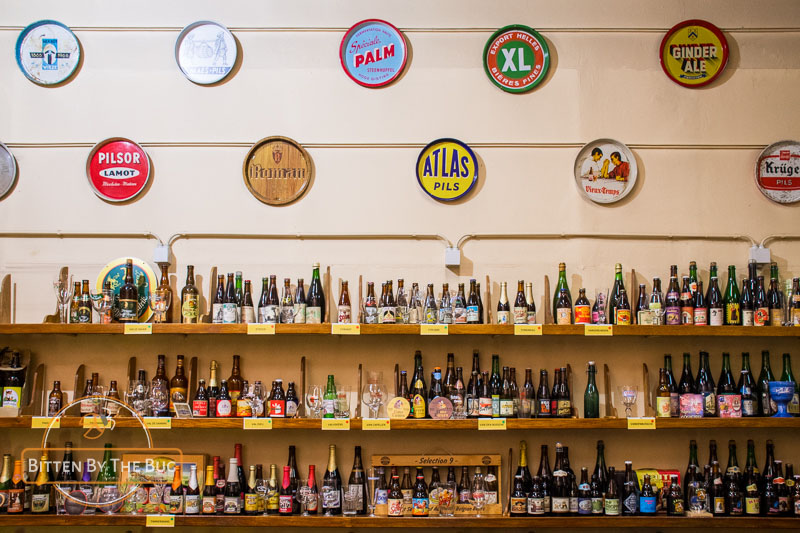 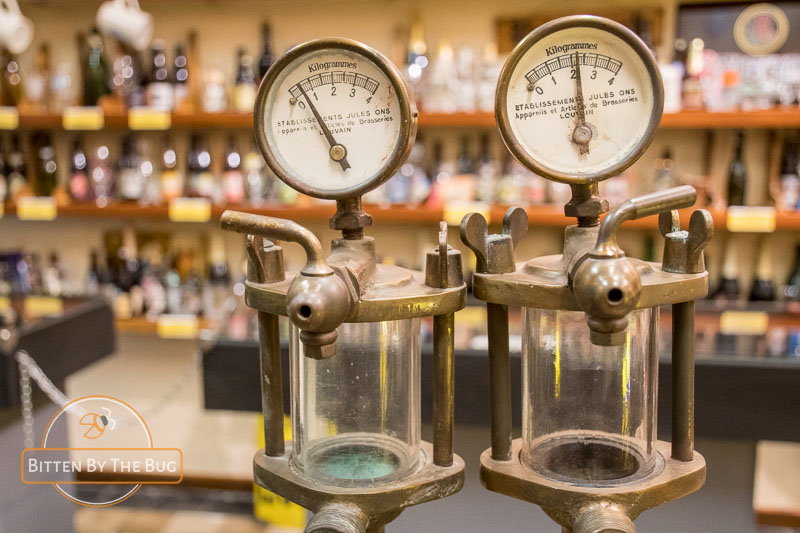 8) Cartoon and beer pairing at the MOOF museum

In the Museum of original figures, or simply the MOOF museum, you’ll meet your favorite cartoon characters in real life (or at least in 3D). From a beer point of view, this place is interesting because at the exit of the museum, they’ve reconstructed the Brussels bar that is the main setting of the comic book series ‘Du Coté de Chez Poje’. Although it was originally meant as a temporary construction, they’ve decided to keep the bar where you can quench your thirst at the end of your visit. It’s the only place in Brussels where you can try the MOOF beer, which comes in three different types, each labeled with a color of the Belgian flag. Starting from the next batch, the colors will refer to three types of matching Belgian beer: brown ale, cherry beer and blond ale. 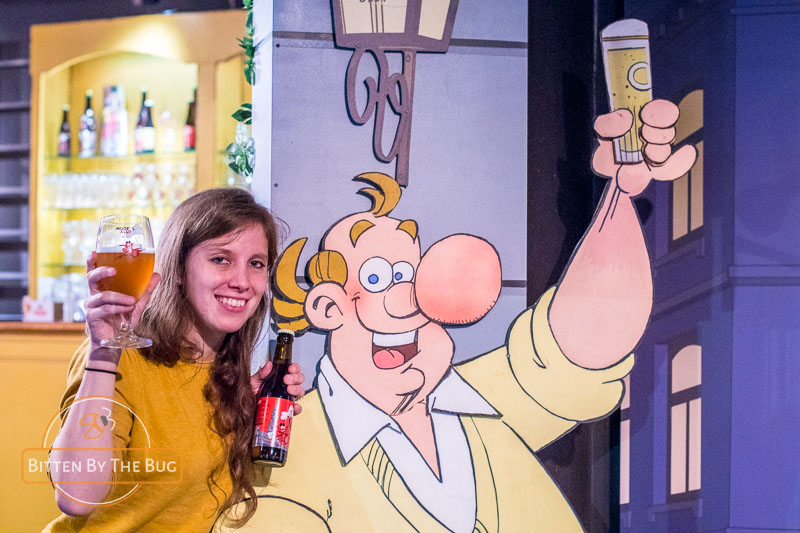 If you happen to be in Brussels in the beginning of September, you should visit the yearly beer festival taking place on Grand Place, which is listed as a UNESCO World Heritage site and one of most beautiful gems of Brussels. It is staged by the National Federation of Belgian Brewers, an organization counting over 70 members – including most of the country's large and medium-sized breweries. Over the weekend, roughly 50 breweries present their beer, thereby offering you the opportunity to try various types of beer, many of which are not easily found in random bars. The entrance is free, the tastings have to be paid. 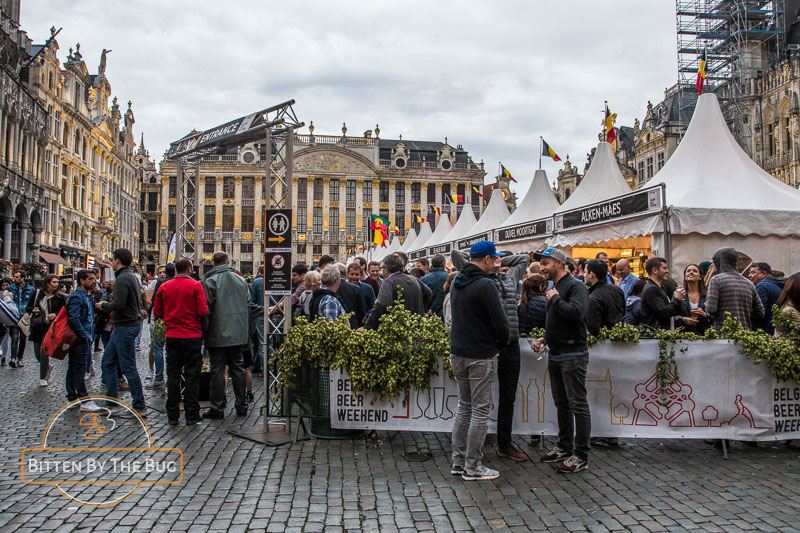 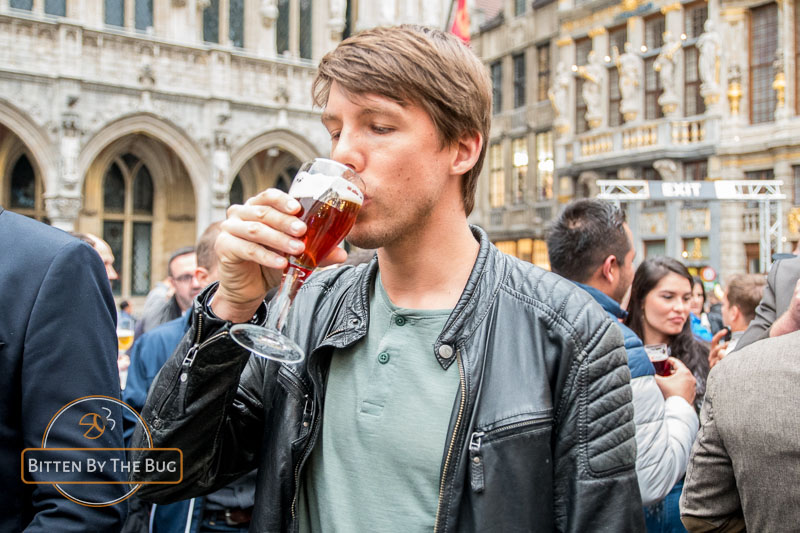 Hosted at Tour and Taxis, this beer festival is dedicated to high quality, artisanal breweries. As opposed to the Belgian Beer Weekend mentioned above, this festival also embraces international breweries along with some of the finest Belgian beer producers. In total, there are about 60 breweries from 10 different countries. Every brewery serves at least 4 different beers, which are served in a 15 cl glass that you can keep as a souvenir afterwards. Since special attention is given to the culinary aspect of beer, you can also sample some tasty food to pair with your beer. 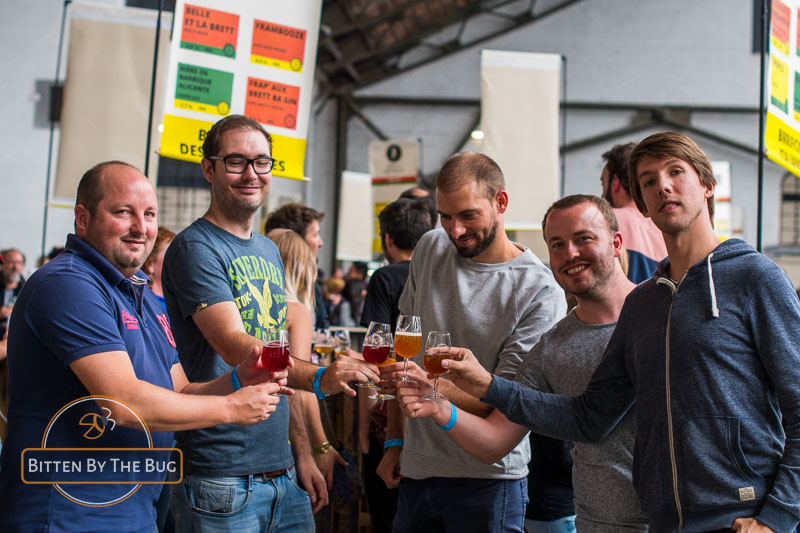 There are so many different types of beer in Belgium that it’s rather likely that you’ll loose track and won’t remember which ones you have tried already. That’s where the app Untappd comes in handy, which is one of the apps you’ll need while in Brussels. It’s like a Facebook alternative for beer lovers. You can check in the beers you’ve tried, give them a rating and see which ones your friends have drunk.